For eight years, Barack and Michelle Obama filled the positions of president and first lady of the United States and raised their two daughters in one of the most recognizable houses in the world, the White House.

Now, the two are stepping into new roles: empty nesters.

“Our kids are gone. We are empty nesters,” Michelle Obama told “Good Morning America” co-anchor Robin Roberts. “So it's usually me and him across the ... table, Sunny [the dog] under the table, looking at each other, trying to hold off on talking so that we have something to talk about at dinner.”

The former first lady spoke to “Good Morning America” in her first broadcast interview ahead of the Nov. 15th release of her highly-anticipated new book, “The Light We Carry: Overcoming in Uncertain Times.” 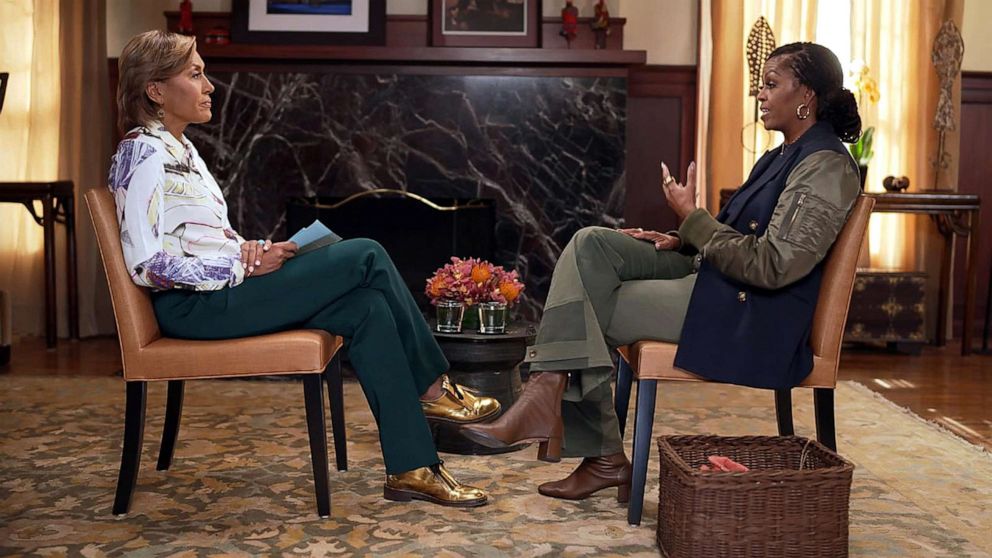 Obama shared candid updates from her family’s life after the White House -- including how she and her husband are navigating their two daughters’ dating lives.

“Socially speaking, Sasha and Malia are in that slightly wild, slightly ragtag flea-market stage of life, where new friends are exciting treasures that can be found almost anywhere,” Obama writes in "The Light We Carry."

Sasha and Malia Obama were just seven and 10-years- old, respectively, when their family entered the White House. 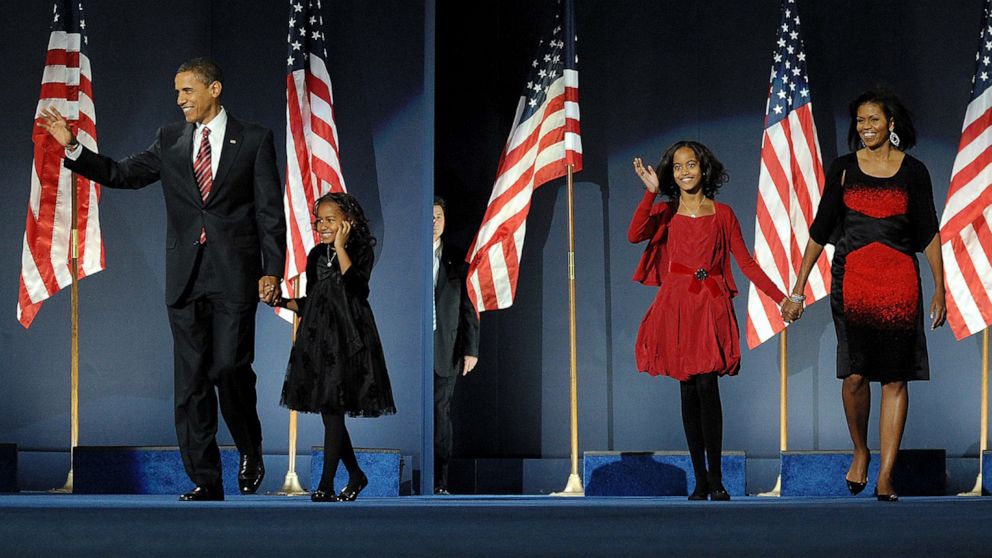 Now the sisters are both in their early 20s. Michelle Obama called them her “grown women."

"They're doing great. Proud of them. They survived eight years growing up in one of the harshest spotlights there is,” said Michelle Obama. “And they are good, decent, normal young women who are trying to be impactful in the world, and they are the best of friends. Couldn't ask for anything else.”

Sasha and Malia share an apartment in Los Angeles, according to Obama, who shared a memory of her daughters hosting her and Barack Obama for drinks and appetizers one night before dinner.

"They had prepared a charcuterie tray and tried to make two very weak martinis,” she said. “They realized they didn't have any of the ingredients, but they were trying to, they were hosting us. And it's just fun, watching them become themselves.”

Obama told Roberts she was "astonished" as Sasha put down coasters for the drinks so their new coffee table wouldn't get marks.

"They didn't care about the water marks on my table in the White House, but ooh they got their coasters out," Obama said, with a laugh. "So, you know, as you said, they were paying attention."

Obama, who celebrated 30 years of marriage this year, said she thinks it’s “wonderful” that her daughters are in the stage of life where they get to look for their partner and explore different relationships. 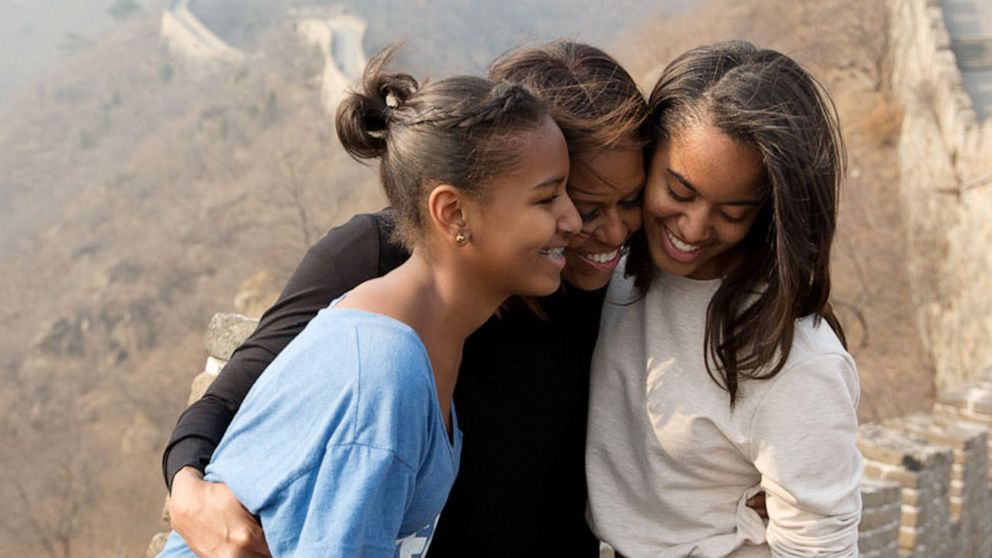 “I think it's wonderful," she said. "I want them to know what they want and who they are in a relationship. And that takes trying on some people."

Obama said her husband “is good with it" too, saying, “Look, they are 24 and 21. They were in high school. They went to prom. They've lived life. And he's learned how to be a concerned Black father, but not crazy.”