Prince Harry has ended his libel case against a U.K. tabloid that quoted a top British general as saying Harry was not taking his military responsibilities seriously.

Harry, the Duke of Sussex, won "significant damages" in the case against Associated Newspapers Ltd., publisher of the Mail on Sunday and MailOnline, according to his spokesperson.

The Duke of Sussex, who served 10 years in the British Army, lost his military titles and patronages -- including Captain General Royal Marines, Honorary Air Commandant Royal Air Force Honington, Small Ships and Diving, Royal Naval Command: Commodore in Chief -- when he and his wife Meghan, the Duchess of Sussex, stepped down last year from their roles as senior, working members of Britain's royal family. 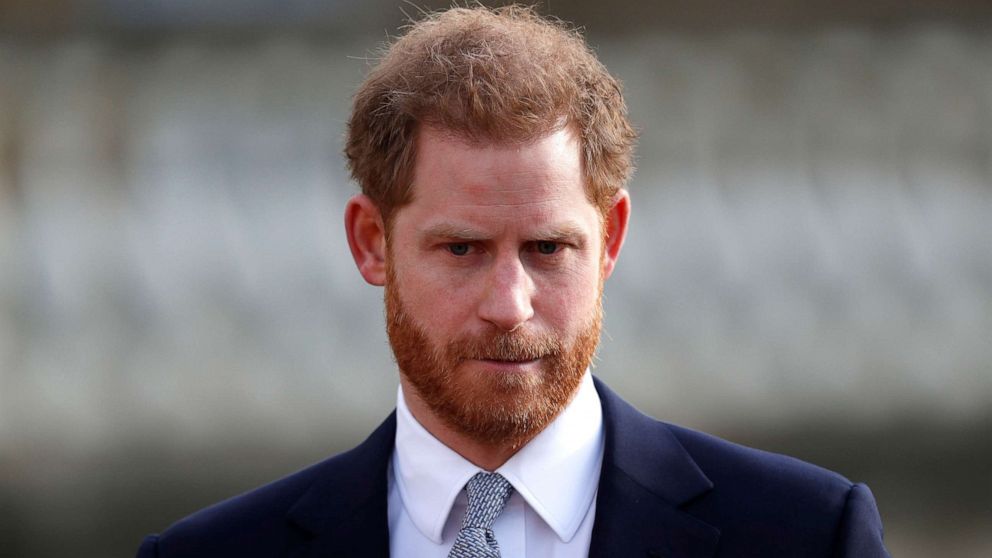 Adrian Dennis/AFP via Getty Images, FILE
In this file photo taken on January 16, 2020, Britain's Prince Harry, Duke of Sussex watches children play rugby league prior to the draw for the Rugby League World Cup 2021 at Buckingham Palace in London.

In December, two months after the articles were published, the Mail on Sunday offered to settle the dispute, pay substantial damages and not repeat the allegations. The newspaper also ran a correction and issued an apology to Prince Harry.

"We now understand that Harry has been in contact in a private capacity with individuals in the military including in the Royal Marines to offer informal support since March and that whilst he did not initially receive the letter from Lord Dannatt referred to in the article due to administrative issues he has since replied on becoming aware of it," the statement read. "We apologize to Prince Harry and have made a donation to the Invictus Games Foundation."

Harry founded the Invictus Games in 2014 as a Paralympic-style competition for wounded service members. He continues to lead the organization in his role as a non-working member of the royal family.

As part of the settlement with Associated Newspapers, a lawyer for Prince Harry was allowed to make a statement Monday in the Royal Courts of Justice.

"The truth is that The Duke of Sussex has made repeated and concerted efforts to continue to support the Royal Marines and other members of the Armed Forces and their families over the past year, even though he was required to step back from his formal military roles in the ‘year of transition’ during which he must take a reduced role as a member of the Royal Family," Harry's lawyer, Jenny Afia, said in a prepared statement read in court. "It is also untrue that The Duke ignored correspondence from Lord Dannatt. This could have been explained to the Defendant had The Duke been given a fair opportunity to put forward his version of events prior to publication."

Afia also said in court that Harry is "personally is donating the damages from this case to the Invictus Games Foundation."

The amount of the settlement was not made public. Associated Newspapers did not make a statement during Monday's hearing at the Royal Courts of Justice.

The libel claim against Associated Newspapers is one of six lawsuits Harry and Meghan have launched since Harry made an impassioned statement against the tabloid press at the end of their 2019 tour in South Africa, in which he accused the British tabloid press of a waging “a ruthless campaign” against his wife. 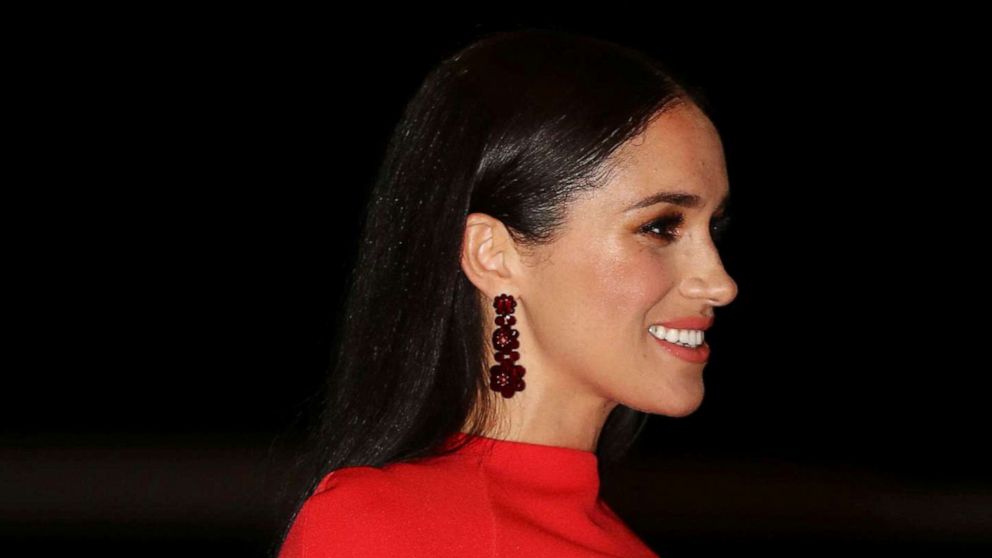 Pool-Simon Dawson/AP
Meghan, the Duchess of Sussex, arrives with Prince Harry at the Royal Albert Hall in London, March 7, 2020, to attend the Mountbatten Festival of Music.

Meghan is also suing Associated Newspapers after the Mail on Sunday and the Mail Online published parts of a handwritten letter she had sent to Thomas Markle in August 2018. The judge in that case recently agreed to Meghan's lawyers' request to postpone the trial, citing a “confidential” reason. If the case goes to trial, it is expected to start in October or November 2021.

Over the weekend, Meghan issued a very strong statement after tabloids reported that she had removed her first two names from the birth certificate of her and Harry's son, Archie. The family of three now live in California, having relocated there from the U.K. last year.

THANK YOU to Meghan, The Duchess of Sussex (and Harry, The Duke of Sussex, behind the camera), for celebrating their son Archie’s 1st birthday by reading “Duck! Rabbit!” for #SAVEWITHSTORIES! Donate now to help kids across America: https://t.co/p7wseXv7HW Happy birthday, Archie! pic.twitter.com/BcpElEa0fp

The Sun newspaper speculated in an article that Meghan had removed her names “as a snub to the Cambridges who have included Kate’s names on her children’s certificates. It may also be viewed as Harry aligning his wife with mum Di, who always used “Her Royal Highness the Princess of Wales."

“The change of name on public documents in 2019 was dictated by The Palace, as confirmed by documents from senior Palace officials. This was not requested by Meghan, The Duchess of Sussex nor by The Duke of Sussex," a spokesperson for Meghan said in a statement. "To see this U.K. tabloid and their carnival of so-called ‘experts’ cho[o]se to deceptively whip this into a calculated family ‘snub’ and suggest that she would oddly want to be nameless on her child’s birth certificate, or any other legal document, would be laughable were it not offensive. There’s a lot going on in the world; let’s focus on that rather than creating clickbait.”