Queen Elizabeth and Prince Philip are marking their 73rd wedding anniversary with a gift from the next generation of royals, their great-grandchildren, Prince George, Princess Charlotte and Prince Louis.

Buckingham Palace released a new photo Thursday showing the queen and Philip looking at an anniversary card made by 7-year-old George, 5-year-old Charlotte and 2-year-old Louis, the children of Prince William and Duchess Kate.

The photo was taken in the Oak Room at Windsor Castle earlier this week, according to Buckingham Palace. 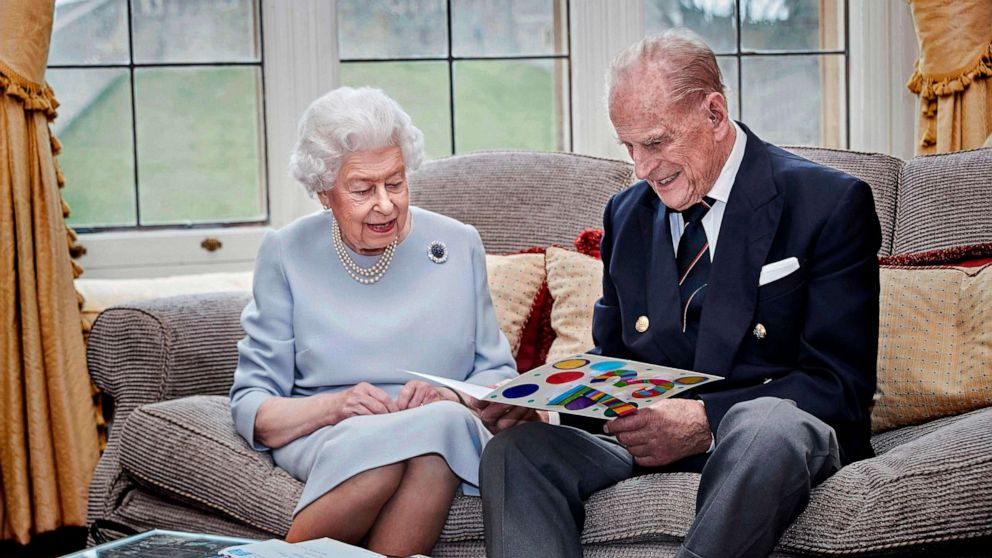 Chris Jackson/Buckingham Palace/AFP via Getty
Britain's Queen Elizabeth and Prince Philip, Duke of Edinburgh look at their homemade wedding anniversary card, given to them by their great grandchildren Prince George, Princess Charlotte and Prince Louis, ahead of their 73rd wedding anniversary, in the Oak Room at Windsor Castle, Windsor, Britain, Nov. 17, 2020.

Prince William and Kate shared a closer look at the card their children made for Queen Elizabeth and Philip in an Instagram post in which they wished the couple a "very happy wedding anniversary."

In the photo, the queen is wearing the Chrysanthemum Brooch, which she also wore on her honeymoon with Philip, according to Buckingham Palace. 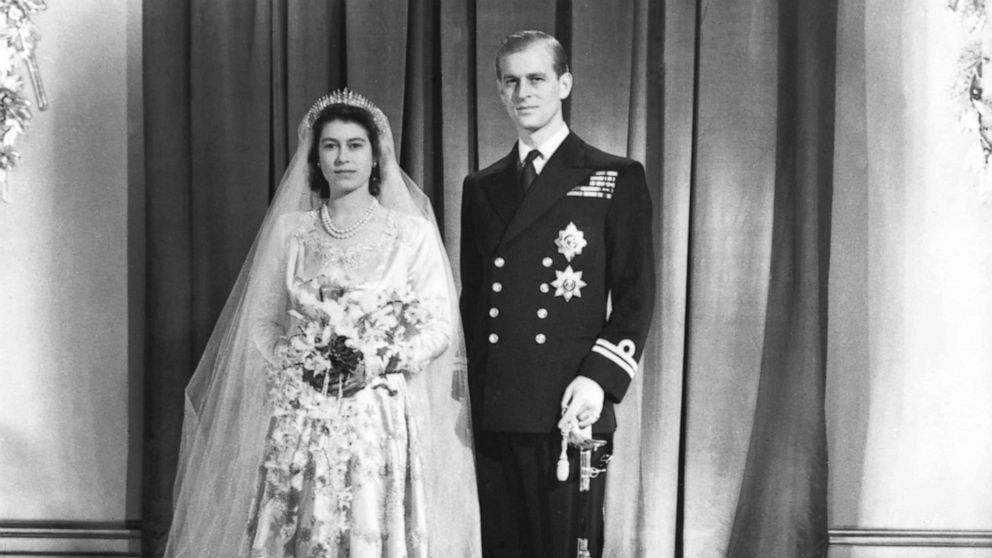 Hulton Deutsch/Corbis via Getty Images, FILE
Princess Elizabeth and her husband Phillip, Duke of Edinburgh pose for a portrait at Buckinham Palace after their wedding at London's Westminster Abbey in 1947.

Queen Elizabeth was a princess and the heir to the British throne at the time of her wedding to Philip, born Prince Philip of Greek and Denmark. The couple went on to have four children and now have eight grandchildren and eight great-grandchildren.

The queen and Philip, who retired from official royal duties in 2017, were last seen together in an official photograph released by Buckingham Palace in June to mark Philip's 99th birthday. 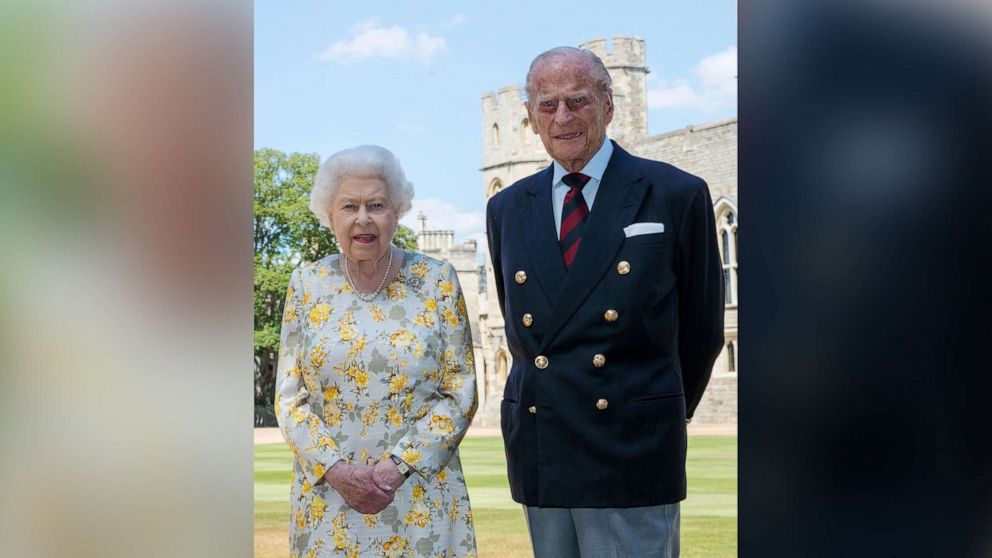 Steve Parsons/PA Images via Getty Images, FILE
Queen Elizabeth II and the Duke of Edinburgh are pictured on Jan. 6, 2020, in the quadrangle of Windsor Castle in a photo released in June 2020 ahead of his 99th birthday.

The couple has been staying primarily at Windsor Castle since March, arriving earlier than usual due to the coronavirus pandemic.

Queen Elizabeth stepped out in public for the first time since March last month, when she traveled to the Defense Science and Technology Laboratory (DSTL), near Salisbury, in a rare joint appearance with her grandson, Prince William.