Prince Philip will turn 99 on Wednesday.

To celebrate his birthday, Buckingham Palace released a new photo of Philip posing with his wife, Queen Elizabeth II.

The photo was taken on June 1 in the quadrangle at Windsor Castle, according to Buckingham Palace. 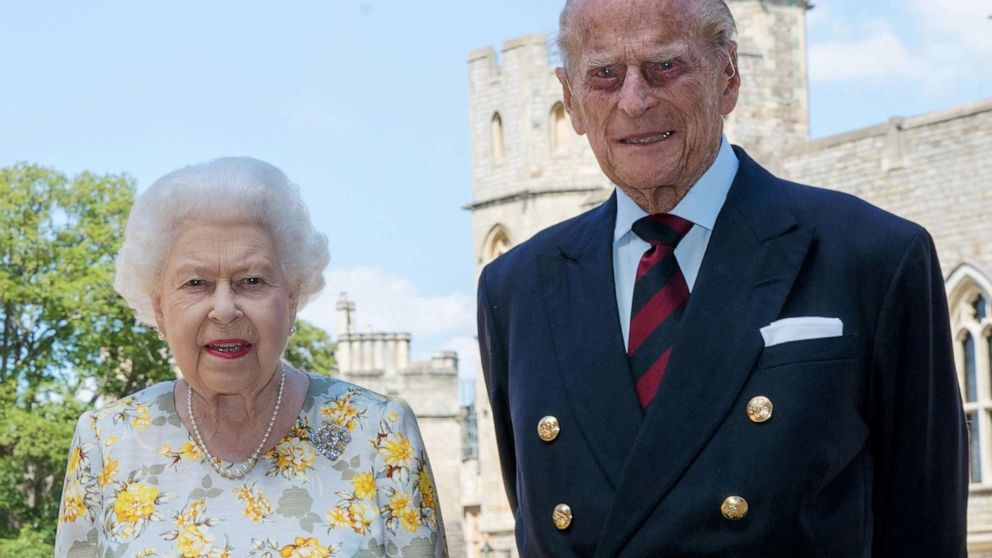 Steve Parsons/PA Wire/Pool via
Britain's Queen Elizabeth II and Britain's Prince Philip, Duke of Edinburgh, poses in the quadrangle of Windsor Castle ahead of his 99th birthday, June 6, 2020.

The queen is wearing an Angela Kelly dress with the Cullinan V diamond brooch, while Philip is wearing a Household Division tie, according to the palace.

Philip and Queen Elizabeth, 94, have been staying at Windsor Castle since March, arriving earlier than usual due to the coronavirus pandemic.

ABC News understands the prince will be celebrating his birthday privately with Queen Elizabeth.

The Duke of Edinburgh received birthday wishes on social media from members of the royal family, including his oldest son, Prince Charles, and his grandson, Prince William and his wife Duchess Kate.

Wishing a very happy 99th Birthday to His Royal Highness The Duke of Edinburgh! pic.twitter.com/LGrRPjezkS

🎈🎂Wishing The Duke of Edinburgh a very happy birthday!

His Royal Highness turns 99 today and will spend the day with The Queen at Windsor. pic.twitter.com/636XWtBAqy

MORE: Camilla, Duchess of Cornwall, acts out 'James and the Giant Peach' for COVID-19 charity

The Duke of Edinburgh was hospitalized in London in December last year for "observation and treatment in relation to a pre-existing condition," the palace said at the time. He was released from the hospital on Christmas Eve.