The "Transformers" franchise is literally roaring back to life with the new teaser trailer for the upcoming film "Transformers: Rise of the Beasts."

The movie, which stars "In The Heights" lead Anthony Ramos and hits theaters on June 9, 2023, has fan favorites like Bumblebee and Optimus Prime (Peter Cullen) coming face to face with once-hidden robots in disguise that take the form of fearsome jungle creatures.

Ramos' military vet character Noah becomes an unwitting soldier in the battle between the Autobots and the Decepticons, thanks to a white-knuckled ride -- against his will -- in the driver's seat of a classic Porsche named Mirage. 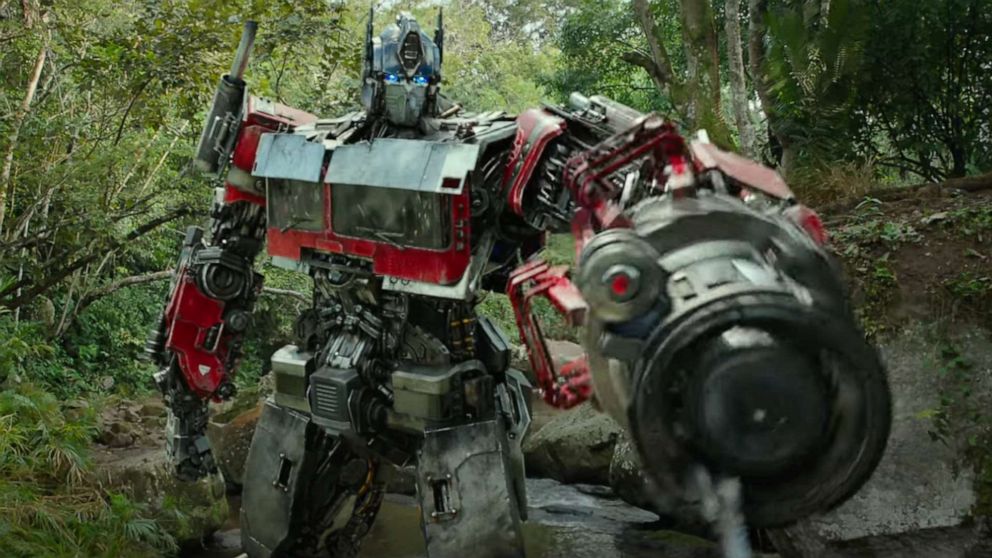 Our robotic heroes team up with Optimus Primal (Ron Perlman), the gorilla-like leader of the Maximals, who battles with not only the Decepticons but the Maximals' evil animal-like nemeses, the Predacons.

"Of all your threats from both your past and future, you've never faced a threat like this," Primal warns Prime in the snippet.

"Creed II" director Steven Caple Jr. calls the shots on the action-packed film, which also stars Pete Davidson as the voice of the Autobot Mirage and Dominique Fishback.