The Museum of Pop Culture, in collaboration with the Walt Disney Archives, has a new exhibit, "Heroes & Villains: The Art of the Disney Costume," that opens to the public on June 5.

The exhibit will immerse visitors in the world of Disney, illustrating how its iconic characters are shaped through the artistry and creativity of its costumes. 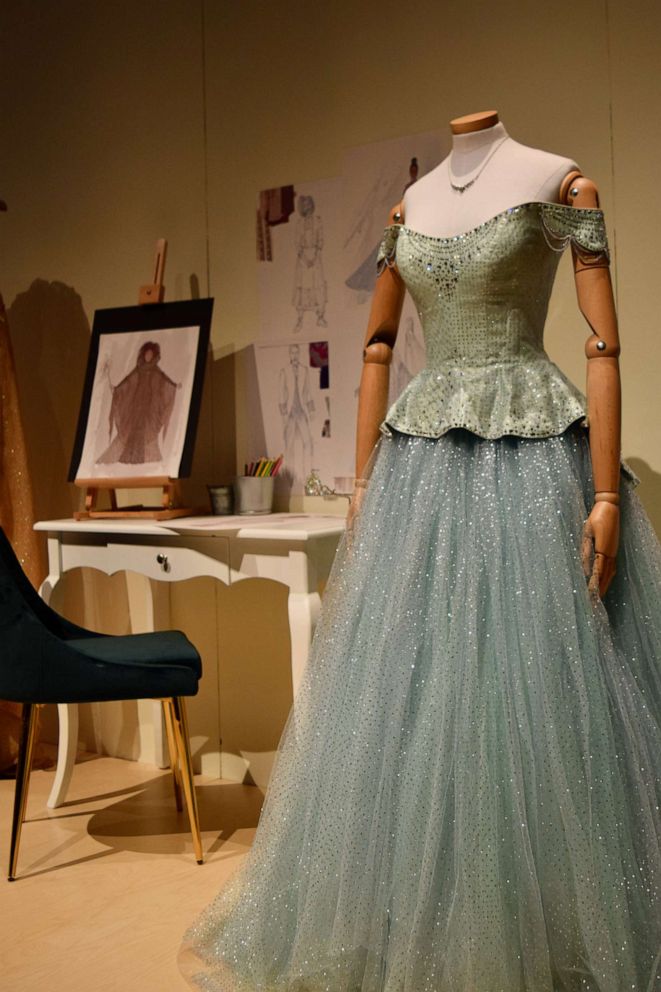 MoPOP/Disney
The dress Brandy wore starring at the title character in Rogers and Hammerstein’s Cinderella for Wonderful World of Disney (1997), designed by Ellen Mirojnick

This also marks the exhibit's first worldwide appearance outside of Disney’s D23 Expo.

Featuring more than 70 original pieces and spanning more than 6,000-square-feet of museum space, the exhibit explores the vision, process and craft used to create the costumes worn by some of the biggest names in entertainment. 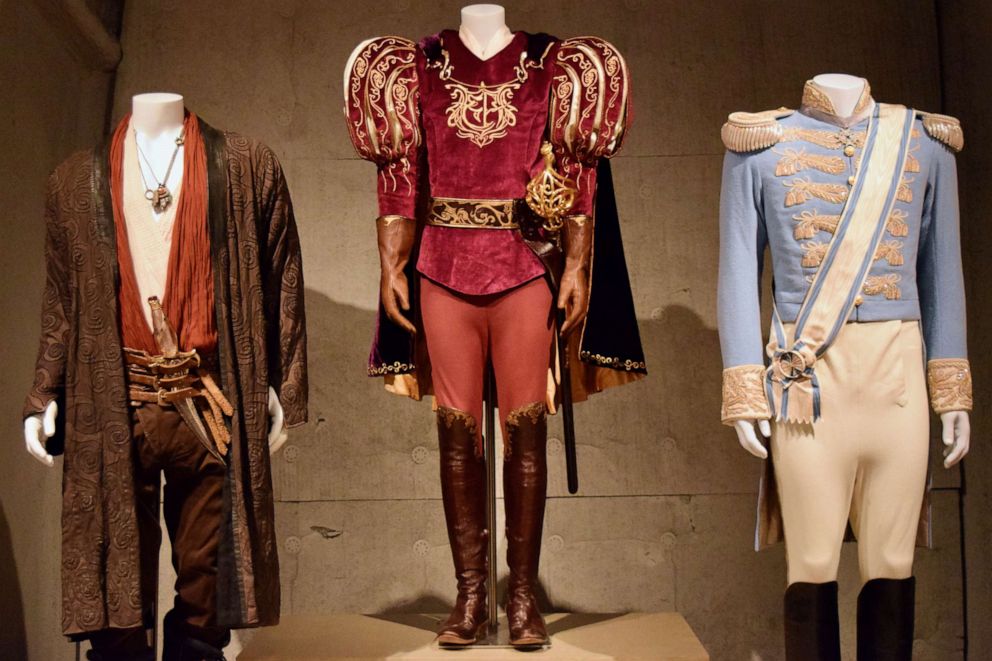 MoPOP/Disney
A trio of heroic costumes: Dastan’s (Jake Gyllenhaal) from The Prince of Persia: The Sand of Time (2010) Prince Edward (James Marsden) from Enchanted (2007), and the Prince (Richard Madden) from Cinderella (2015).

Visitors will see ball gowns, sorcerers’ capes, military uniforms, tiaras, and, of course, glass slippers, from some of Disney’s toughest villains and kindest heroes, on custom mannequins as well as photographs and a special film. 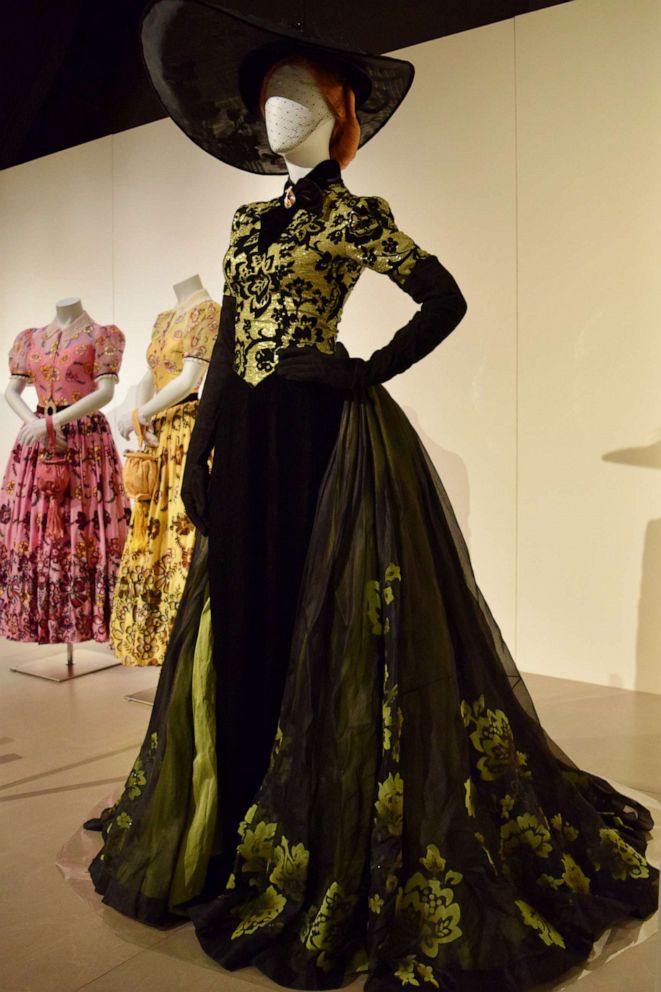 MoPOP/Disney
The stunning ensemble designed by Sandy Powell and worn by Cate Blanchett’s Lady Tremaine in 2015’s Cinderella, with the dresses of Anastasia and Drisella in the background.

Becky Cline, director of the Walt Disney Archives, said, “Costuming is an essential element of storytelling and Heroes & Villains exemplifies the richness of character we hope our films portray."

“It has been thrilling to collaborate with MoPOP’s curators to bring a selection of the stunning pieces we have at the Walt Disney Archives to Seattle," Cline added.

Ten Cinderella pieces including ball gowns, tiaras, slippers and other accessories including a gown from 2015’s "Cinderella" made by Sandy Powell and featuring more than 270 yards of fabric and over 10,000 crystals are part of the exhibit. 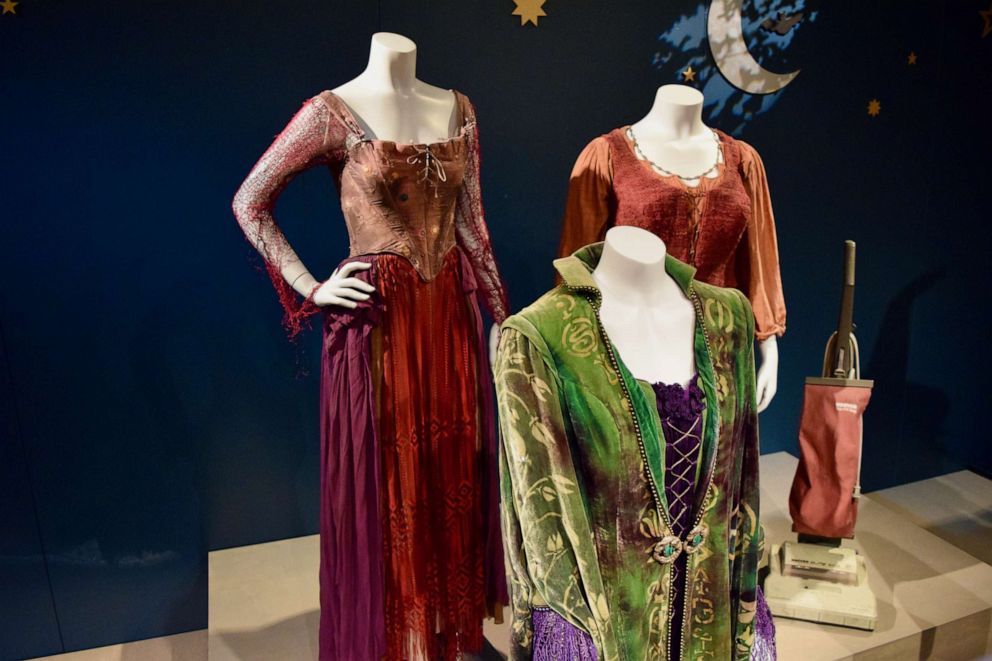 Other highlights include the three witches’ dresses from "Hocus Pocus" worn by Bette Midler, Sarah Jessica Parker and Kathy Najimy. The oldest costume on display is Mary Poppins’ traveling dress designed by Bill Thomas and worn by Julie Andrews in the 1964 film, "Mary Poppins," and Maleficent's dress worn by Angelina Jolie, along with her staff, designed by Anna B. Sheppard. 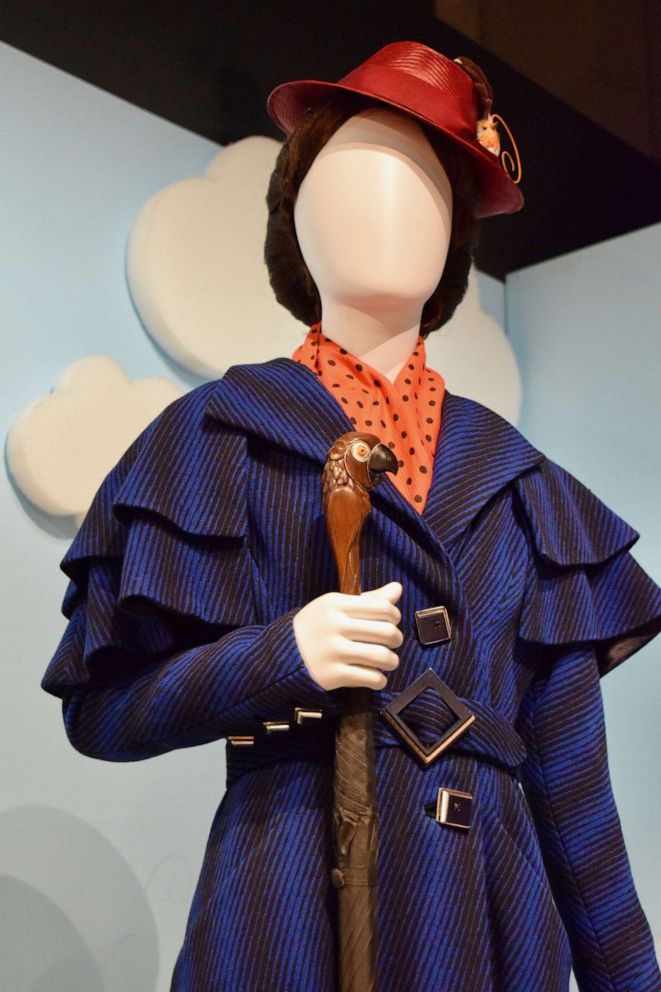 The exhibit also features an immersive experience for visitors called "Getting Into Character," where a magic mirror, inspired by Snow White and the Seven Dwarfs and designed by the Museum of Pop Culture, allows visitors to virtually “try on” several of the costumes featured in the exhibition. According to a release, “Getting Into Character” is an interactive projection that allows visitors to explore the materials, colors, textures and forms that costume designers use to help define a character. 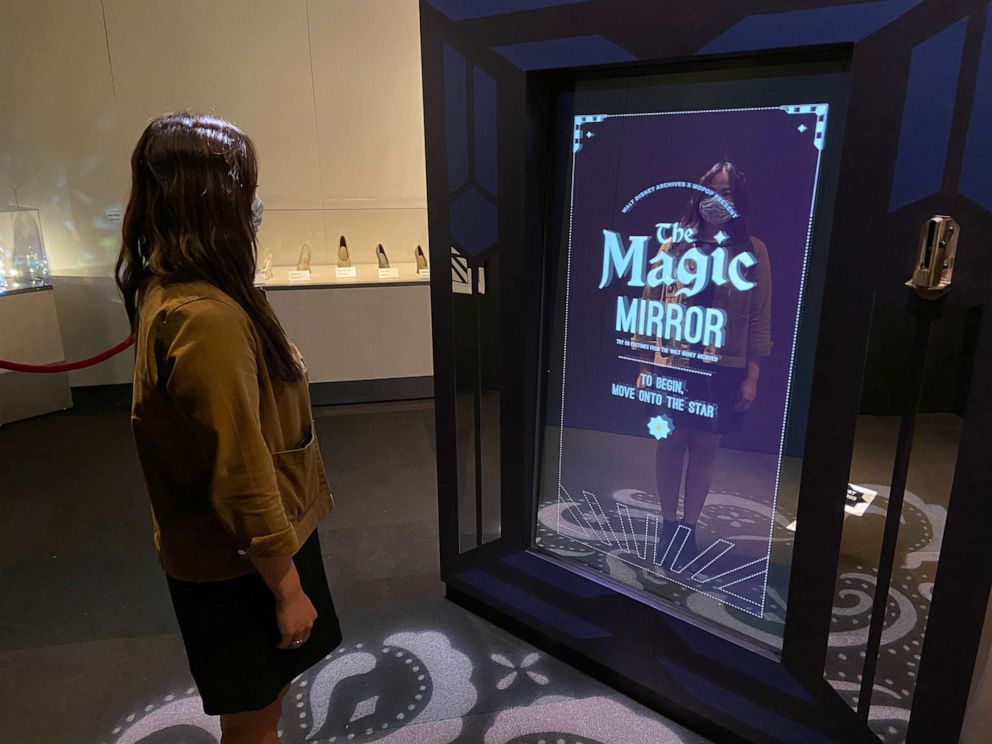 Disney
A “Magic Mirror” inspired by Snow White and the Seven Dwarfs and designed by MoPOP, allows the visitor to virtually “try on” several of the costumes featured in MoPOP's "Heroes & Villains: The Art of the Disney Costume" exhibition.

Guests “step into” an area where a projector detects their presence and an animated collage of materials, colors, textures, and/or patterns used to define a particular character are displayed along with information explaining the character and costume design. 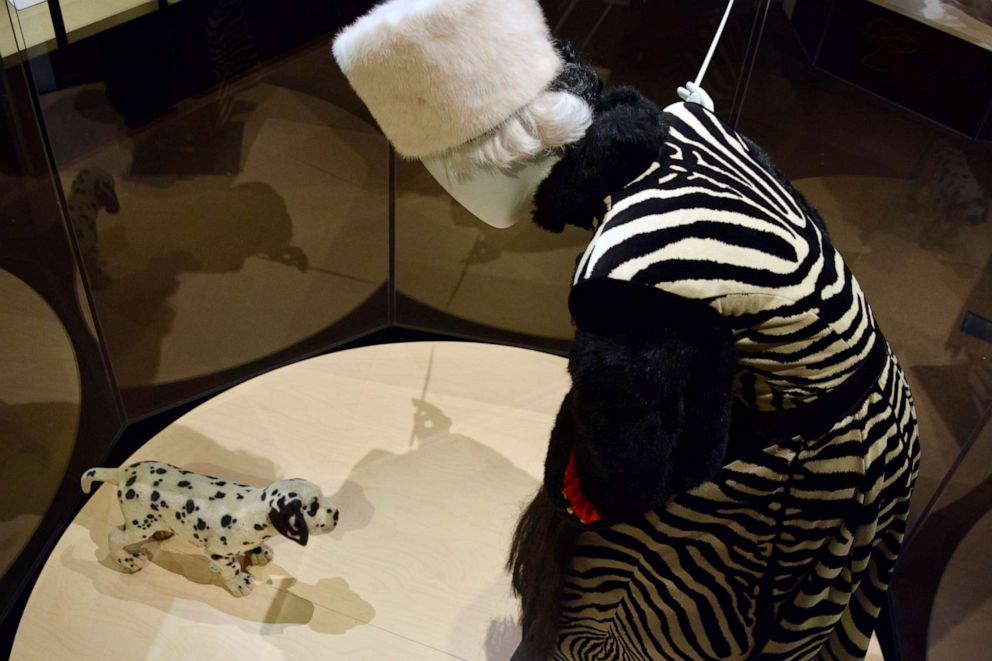 MoPOP/Disney
An outfit worn by Glenn Close as Cruella De Vil from 1996’s 101 Dalmatians, designed by Anthony Powell, with a prop puppy used in the film

The exhibit is made possible by a collaboration with the Walt Disney Archives. Founded by Disney Legend Dave Smith in 1970, the Walt Disney Archives is a vital resource for every part of Disney as well as an important research center for Disney scholars, researchers and writers. The Archives also shares its countless pieces with Disney fans everywhere through its exhibitions and close association with D23: The Official Disney Fan Club.

The Museum of Pop Culture is a leading-edge nonprofit museum in Seattle with a mission to make creative expression a life-changing force by offering experiences that inspire and connect our communities.

The Walt Disney Co. is the parent company of ABC News and "Good Morning America."