Tim Allen is back as Santa in "The Santa Clauses."

In the official trailer for the upcoming limited series, which was shared Wednesday by Disney+, Allen returns as Santa and Scott Calvin, his character in the hit 1994 film who accidentally makes Santa fall off his roof on Christmas Eve and then finds himself recruited to take his place.

In the trailer, which includes some of the iconic franchise's cast, including Eric Lloyd as Charlie and Elizabeth Mitchell as Carol Calvin, Allen's Santa Claus tells his elves he is retiring and returns to normal life as Scott Calvin. 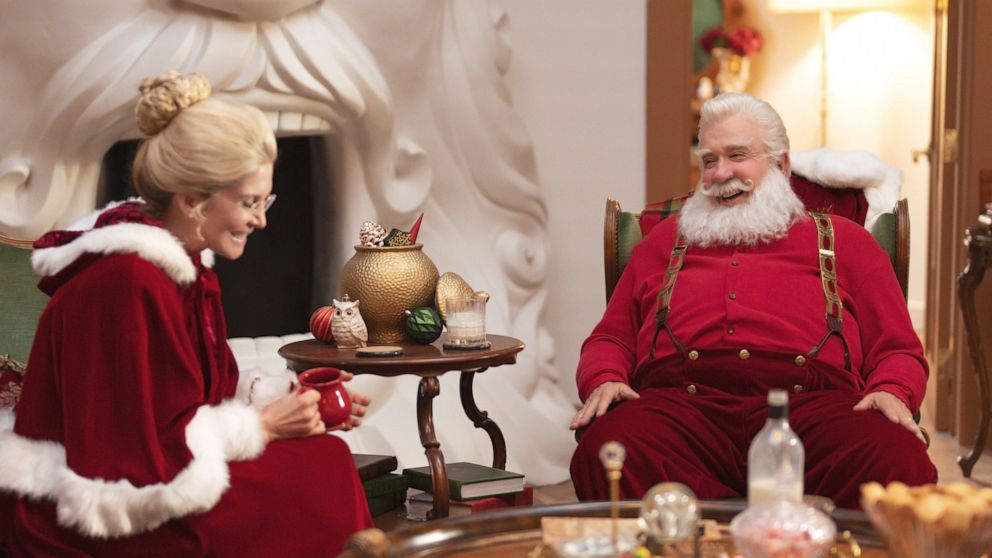 "After being Santa Claus for nearly thirty years, he's as jolly as ever," the official description for "The Santa Clauses" reads. "But as Christmas declines in popularity, so does his Santa magic. Scott struggles to keep up with the demands of the job, a well as being there for his family. Upon discovering there is a way to retire from his post, Scott considers stepping down as Santa Claus and finding a worthy successor so that he can become a better father and husband."

But at the end of the trailer, Scott Calvin tells his family that he's returning to the North Pole after he learns that elves are disappearing.

In addition to the official trailer, Disney+ also shared the artwork for the series with Allen as Santa and his whole family on a sleigh.

The two-episode premiere of "The Santa Clauses" is available for streaming on Nov. 16 on Disney+.