A Pennsylvania dad is going viral for the very honest and hilarious way he bowed out of his family's group text chain.

"I can't keep up with the pressure of always having to lol or like or heart everyone's random thoughts, pics and amusements," Dr. Thomas D'Orazio, a Pittsburgh-based ophthalmologist, texted his wife and two daughters on Jan. 16. "For all future texts: I love them, laugh at them, or like them, unless it's bad, then I dislike them. In perpetuity. I can't live with this pressure. I'm out."

Thomas D'Orazio's text was shared on Twitter by his older daughter Allison D'Orazio, who posted it along with the caption, "My dad seriously sent this to our family groupchat im crying." 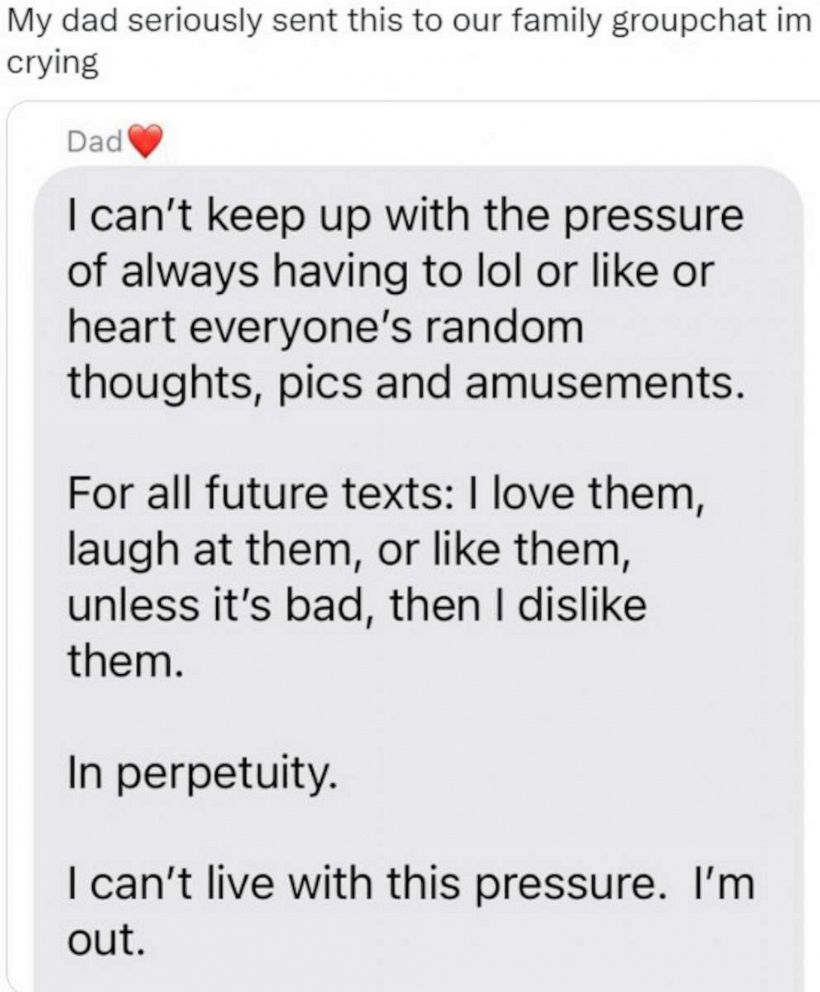 Allison D'Orazio, 23, a graduate student, told "Good Morning America" that on the day her dad sent his now viral text message, she and her mom Amy and 19-year-old sister Alexa had been busy texting article links and photos back and forth.

"We were sending a bunch of article links to stuff we found funny," she said. "And that day I was working on a sewing project and I was sending pictures of my stitches because I was just learning how to sew and I was excited about them."

Allison D'Orazio explained her dad's reaction, saying, "He just loves to engage and interact so he felt pressured to like every single thing or react to every single thing that we sent, and at the end of the day, that's when he sent that message." 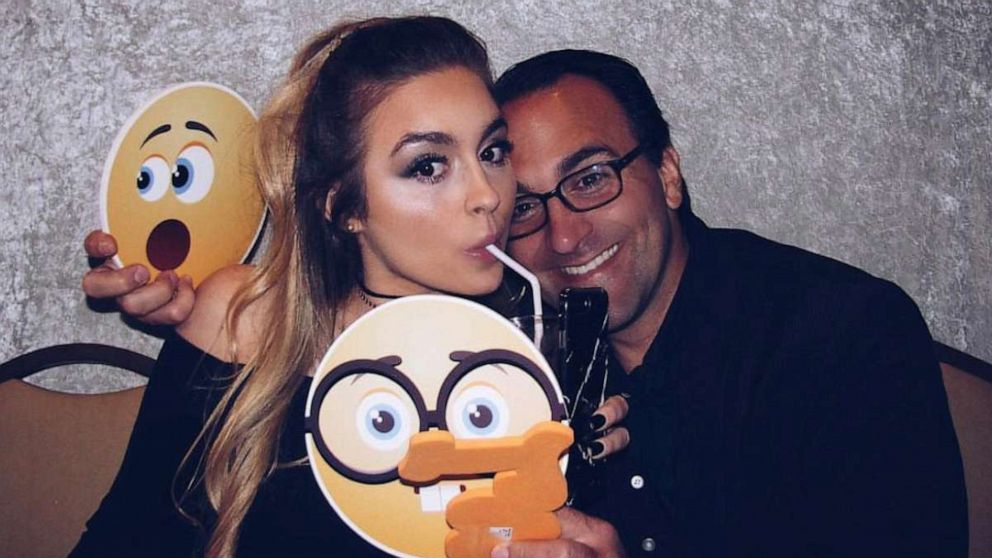 She made sure to clarify that her dad did not actually leave the family text chain, and said her whole family got a good laugh from the text, knowing that he was just joking.

MORE: How this handy dad became the 'Internet's Dad' with his how-to fix-it videos

"He's introverted but loves us," Allison D'Orazio said of her dad. "He would be happy if we were his only friends and his whole life. I knew he was joking."

Allison D'Orazio said that due to her dad's busy schedule as an ophthalmologist, he typically only checks his phone once or twice during the workday, and is often met by a flurry of texts from his wife and daughters talking with each other.

"He basically doesn't sit down until his lunch break and then until the end of the day, so when he reads his phone after appointments, there has to be so many text messages," she said. "He probably thinks there is a fire or something when it's just our random stuff."

Editor's Picks
MORE: This dad interviewed his daughter on her first day of school for 13 years and we're crying

Allison D'Orazio's post about her dad's text reply has since received 14 million views and counting. Her tweet also received countless replies from people sharing their own experiences of texting with their dads.

My dad seriously sent this to our family groupchat im crying pic.twitter.com/em70wVKHti

"Is this a dad thing? my dad called me to tell me he didn't like group chats," wrote one commenter.

"My late Daddy, god rest his soul, reacted only used the emoji with sunglasses for every message or announcement. Even if it wasn't appropriate," wrote another commenter. "Cracked me up every time."

"My pops hates group messaging he really left the group with me and my sis," wrote another commenter. 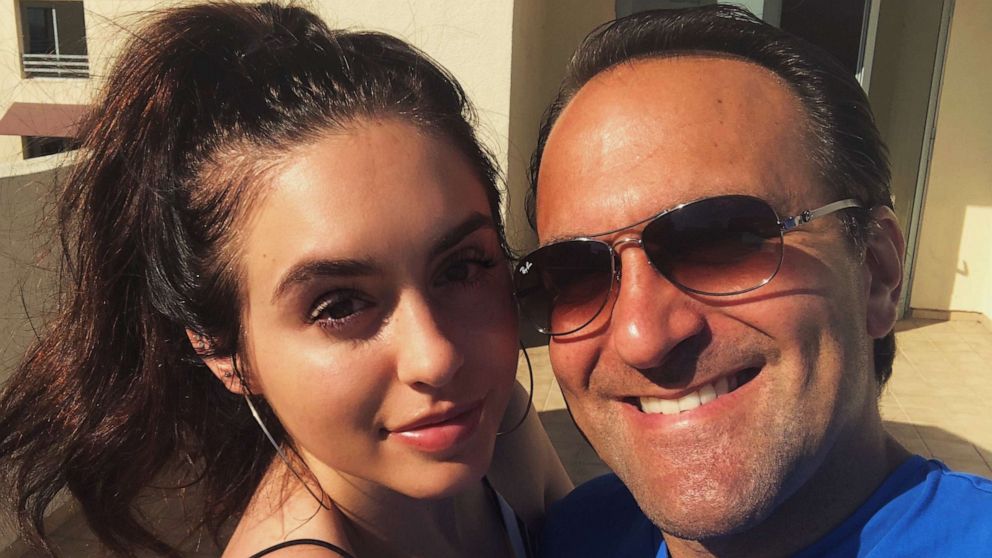 Allison D'Orazio said her dad, whom she said favors the thumbs up and walking man emojis, has taken his newfound internet fame in stride.

"He was like, 'Oh great, now people are going to expect me to be funny all the time,'" said Allison D'Orazio. "And he said, 'Now that's an LOL.'"