An Indiana boy who wrote an adorable letter to his city mayor asking for "turtle crossing" signs is now a hometown hero.

Jack Wietbrock asked West Lafayette Mayor John Dennis to consider his request, after he, his mom and brother saved a baby turtle on the road Cherry Lane.

Mom Michelle Wietbrock told "Good Morning America" that Cherry Lane is surrounded by a number of ponds and sadly, some turtle don't make it across.

"About the third time it happened, there was a baby with one of them and we helped the baby cross the road," Wietbrock said. "Once I got back in the card my son said,'I wonder if we should write a letter to the mayor.' I said, 'OK, sure!'" 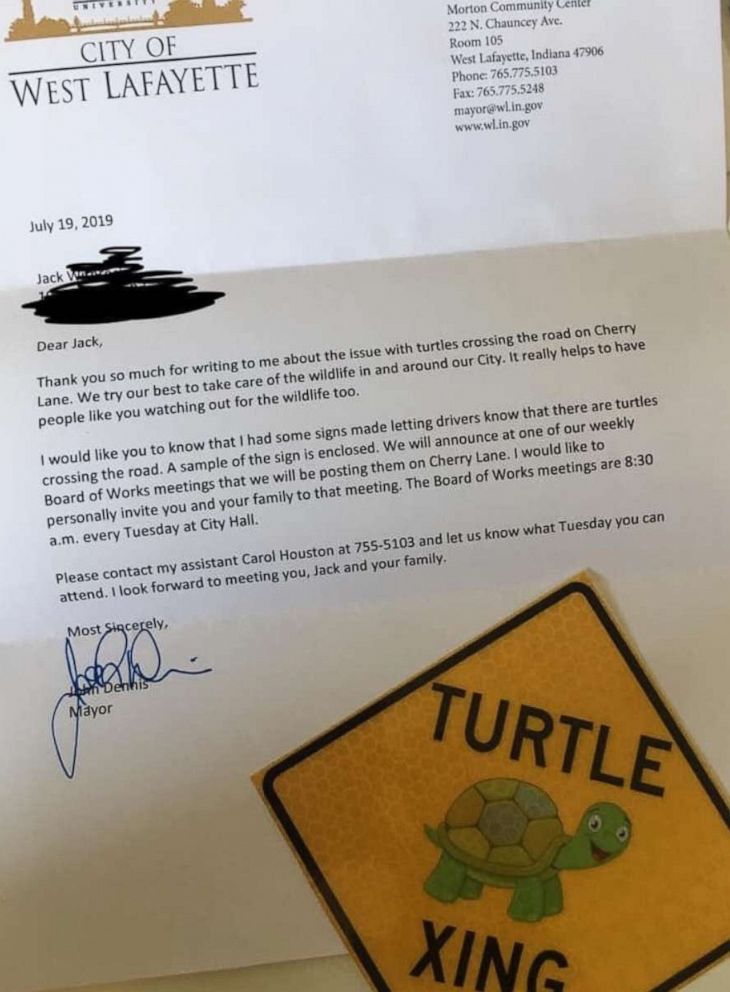 Michelle Wietbrock
Jack Wietbrock, 8, wrote the letter to his mayor after saving a baby turtle crossing the road in his Indiana neighborhood.

A few weeks ago, my son wrote a letter to our awesome @MayorJohnDennis @WestLafayetteIN about the need for a turtle crossing after finding a few ☠️ and saving a baby 🐢. This happened today and I couldn’t be more proud! #makeadifference 🐢 🚙 pic.twitter.com/pg3vRwQKnM

Dennis replied to Jack's letter, inviting him to a city meeting where they presented him with a specially designed "Turtle X-ing" sign. 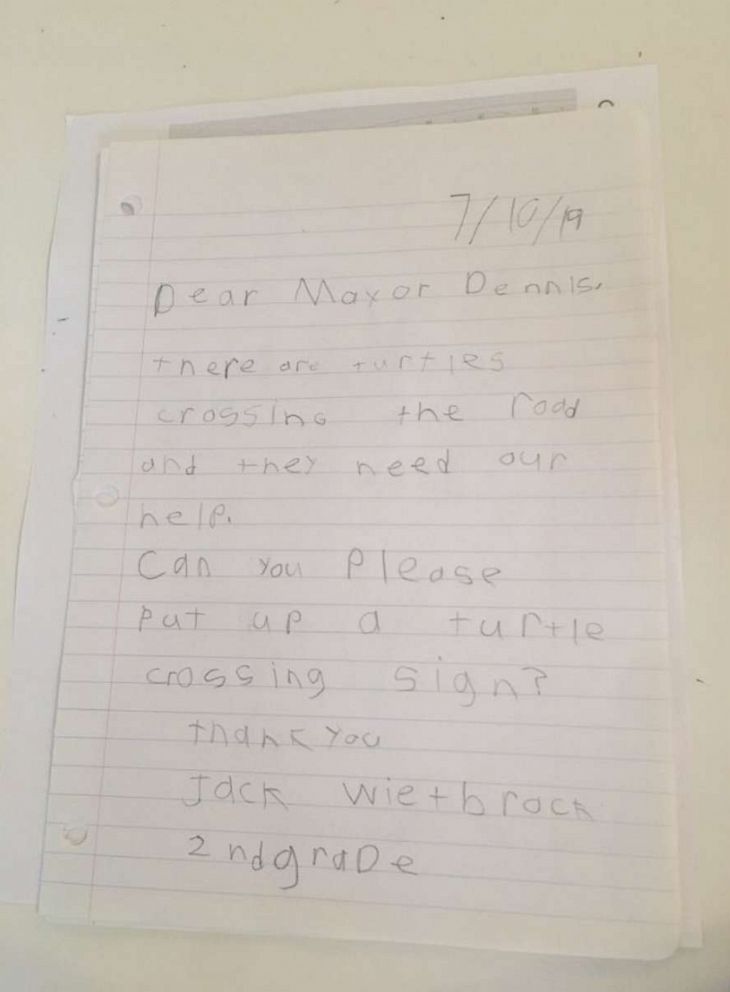 But Jack may have saved even more slow-moving reptiles since not one, but two signs were installed.

Wietbrock shared a photo of Jack and his little brother Teddy, 4, next to one of the signs writing, "This happened today and I couldn’t be more proud!" 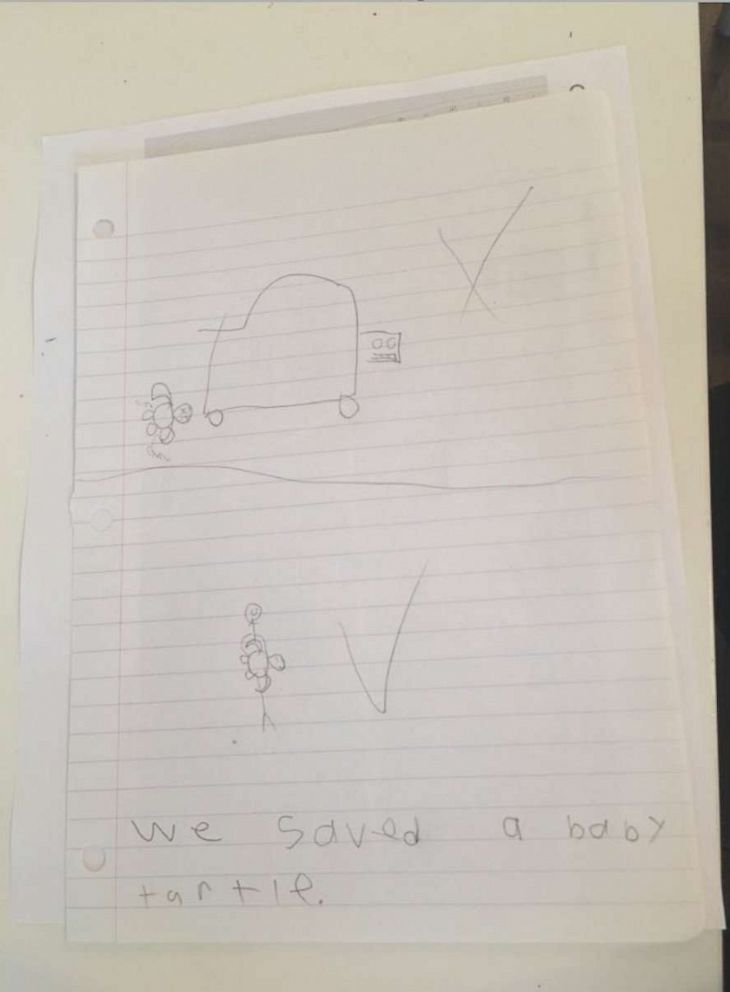 Wietbrock said the photo received some attention and Jack's story was picked up by local news outlets. 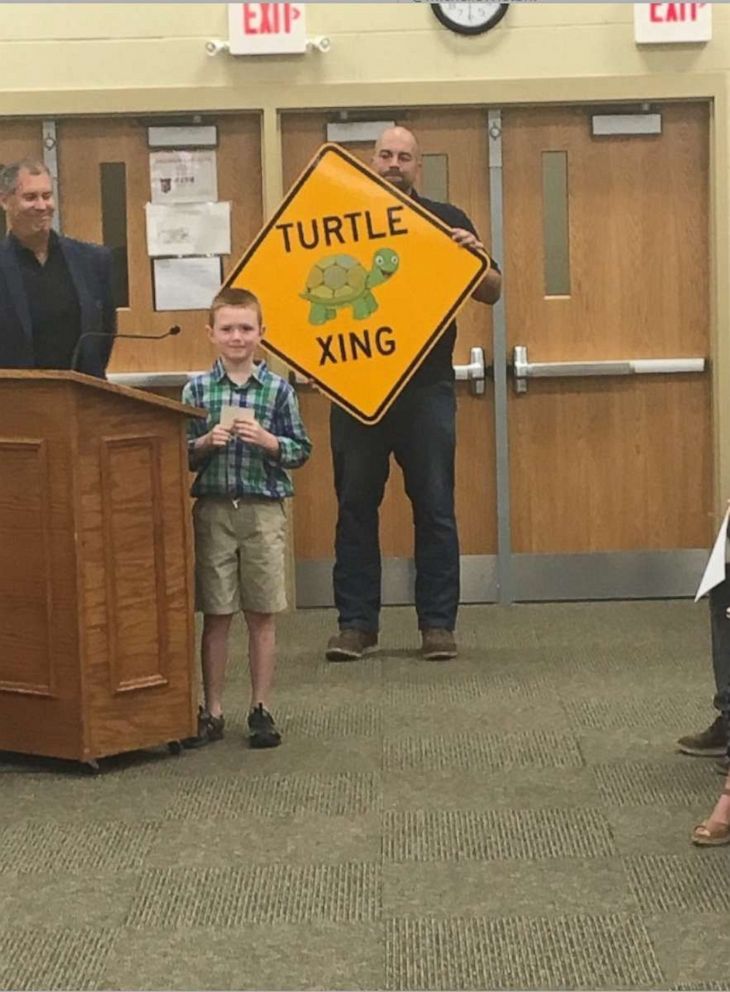 Michelle Wietbrock
Jack Wietbrock lives in West Lafayette, Indiana, and wrote a letter to his mayor after saving a baby turtle crossing the road.

"We hope it encourages people to make a difference," she told "GMA."