When it comes to chasing your dreams, it’s never too late to achieve them -- and for one Alabama woman, that means never giving up on graduating from college.

"I want to inspire and motivate others that age is not a barrier," Washington said. "And I want to emphasize the life between the dash."

Along with her academic accomplishments, Washington’s big moment was monumental as she made history as the oldest graduate of Alabama A&M in their 144-year history.

(MORE: University of North Texas graduate gets surprise engagement in the middle of graduation) 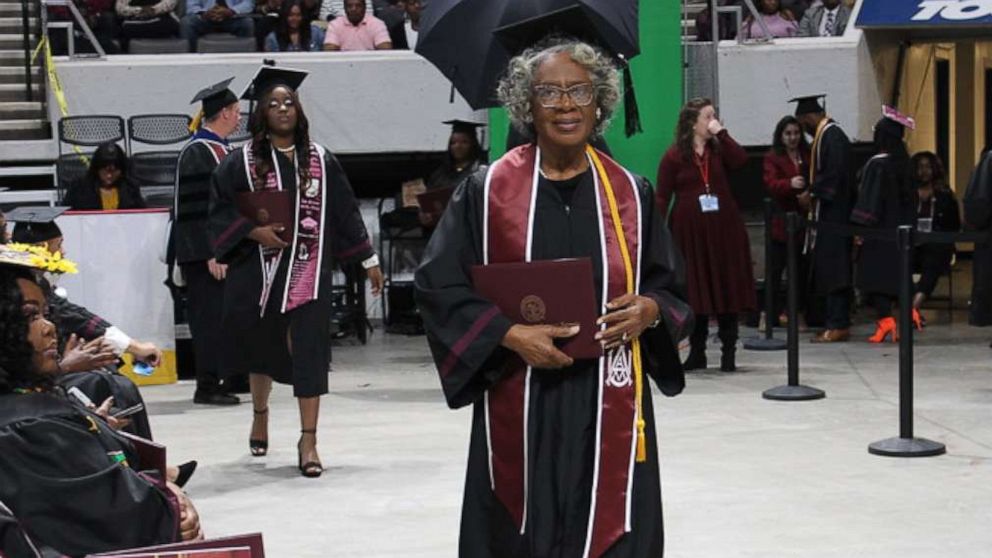 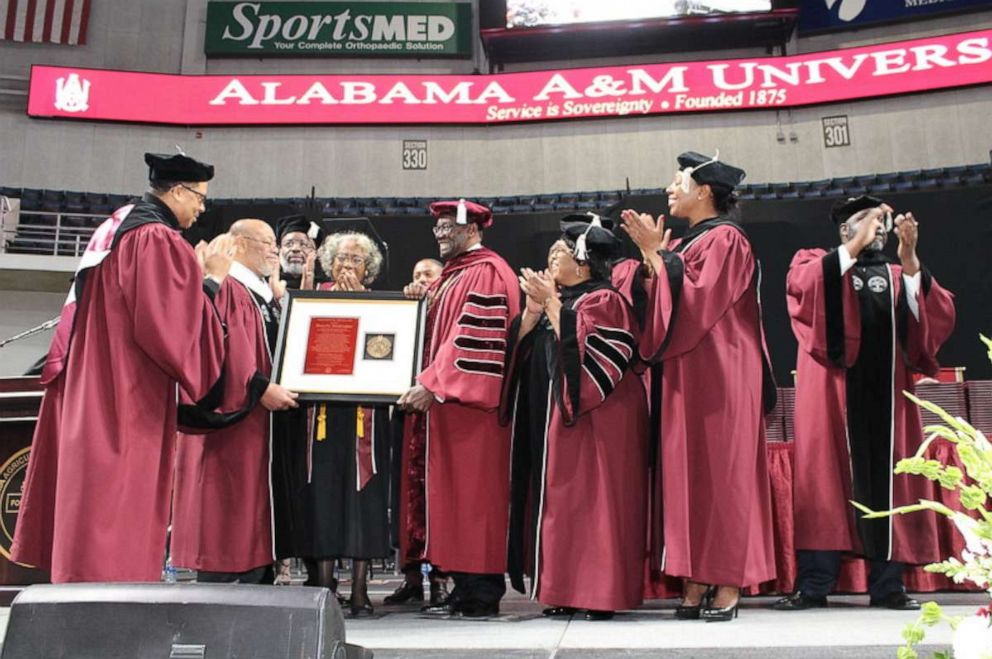 Washington, a Los Angeles native, said that she dedicates her degree to her husband of nearly 50 years. "I wanted to finish in his honor," she told ABC News.

In 2010, her mother died, followed by her sister and husband’s death, which all happened in a three-year span. Washington said that her motivation behind going back to school was her husband, Jeff, who was one of her biggest supporters.

(MORE: Man graduates with nursing degree from same university where he started as a janitor)
Editor's Picks

"My father was my mother’s No. 1 fan. He supported everything she did, especially returning to school," her daughter, Kimberly Washington, said. "Although my father did not have a traditional college education, he knew the value of gaining one." 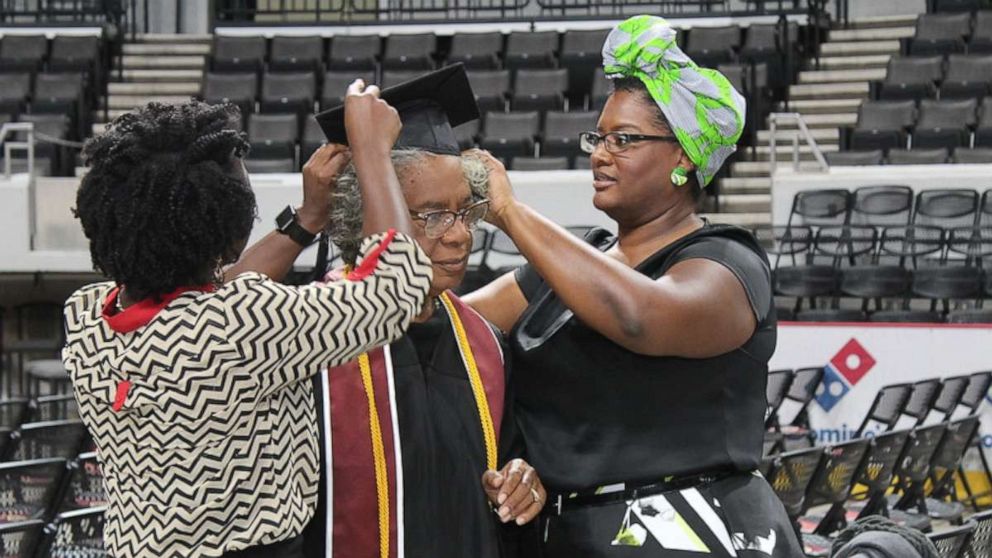 Before moving to Montgomery, Alabama, with her daughter in 2012, Washington and her husband lived on a farm in Pixley, California, where they fostered about 30 children -- including a group of six siblings in the 1970's so that they could stay together.

"I have seen her work tirelessly to achieve this dream and to finally be there to see her was a very proud moment," Kimberly Washington continued. 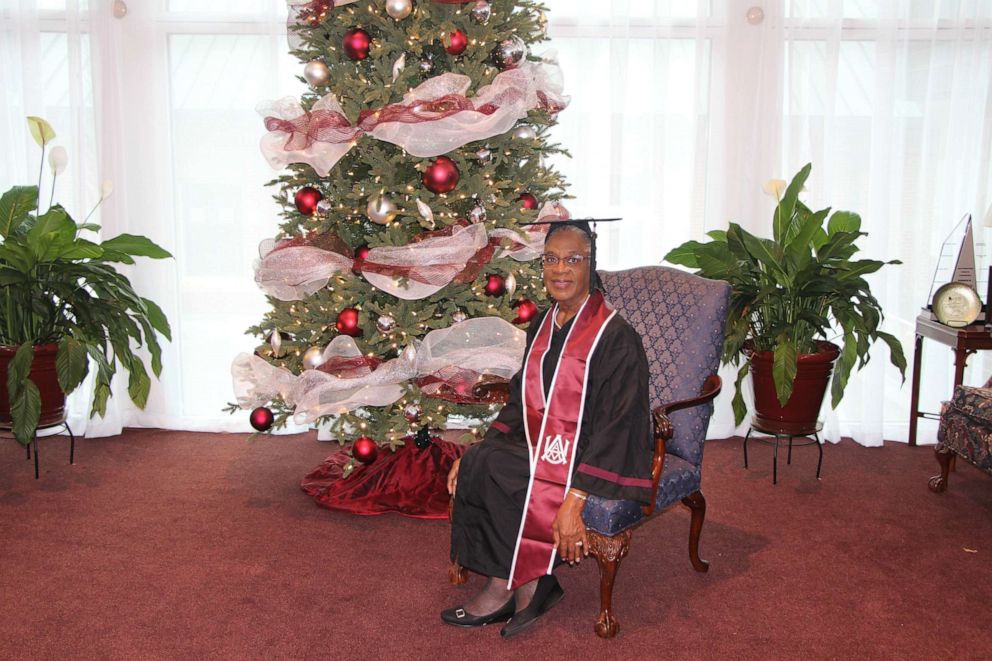 She went on to share how she helped her mother on the days when she was overwhelmed with grief over her husband's death.

"The most challenging part has been consoling her when she was missing my father most ... those moments when she cries and all I can do is hold her and love on her," Kimberly said.

Another one of the challenges Washington overcame was a stuttering problem growing up, which was ultimately what prompted her to begin taking speech classes more than a decade ago. Then, years later, she picked up social work and business classes one-by-one at Lawson State Community College before transferring to Alabama A&M University.

Now, Washington said she’s not slowing down any time soon. She said that she’s even considering going back to school to obtain her master’s degree. In the meantime, she hopes to provide volunteer service wherever necessary. 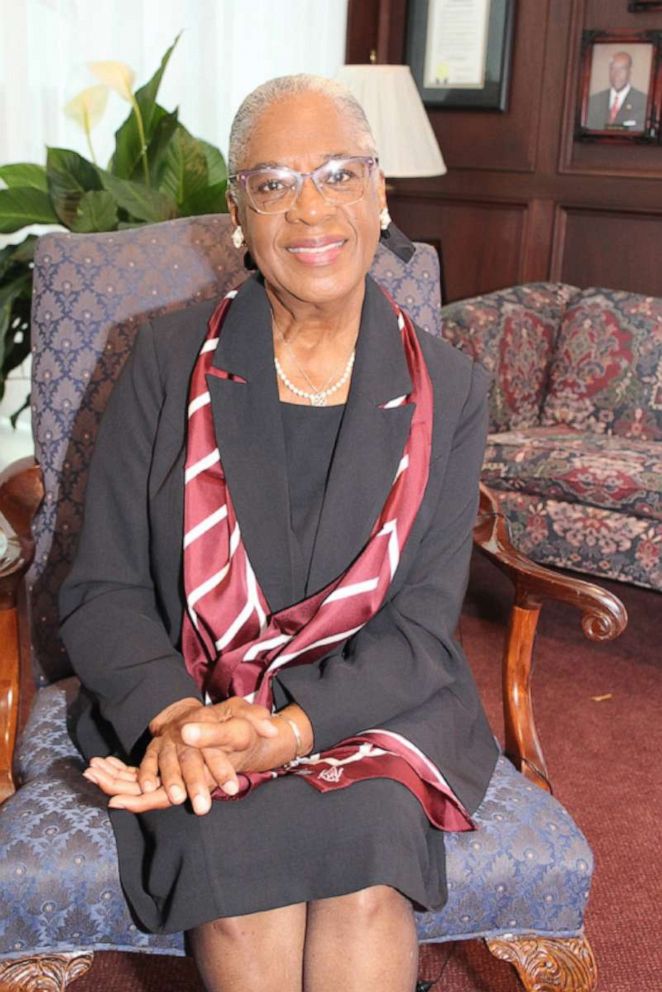