By Mariya Moseley
Video by Nidhi Singh
Share —
Sign up for our newsletters to get GMA delivered to your inbox every morning!

One Atlanta teacher is going above and beyond to make learning fun in the classroom.

The platform lets students try their skills at rapping and it's a reward for those who receive an 80% or higher on assessments. It also let's Rigaud use his passion for hip-hop music as a tool to enhance the learning experience. 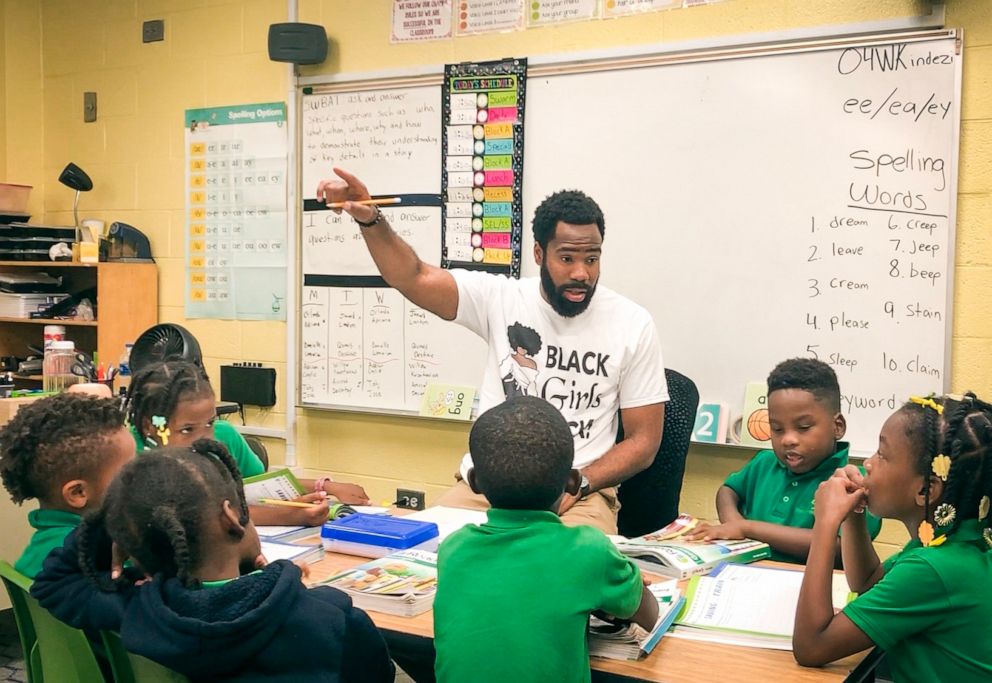 "It's powerful to allow students to express themselves," Rigaud told "Good Morning America." "We're navigating this world together, [and] I feel it's important for them to see that we have the same interests."

(MORE: Lizzo tells students in 'Truth Hurts' viral video: 'You are 100% the future')

A recent clip of one of his students' Freestyle Fridays sessions recently went viral and 3 million views on social media.

The 30-year-old told "GMA" that he first launched the activity in September as a way to highlight the unique interests of the kids. Rigaud, who's also a music artist, said he sees this opportunity as a chance to "influence kids that look like [me] and feel like the education process isn't for them."

It's also a way to showcase their accomplishments. Overall, Rigaud said the students' scores on the assessments -- which focus on spelling, reading and phonics -- have risen nearly 15% since he started Freestyle Fridays. 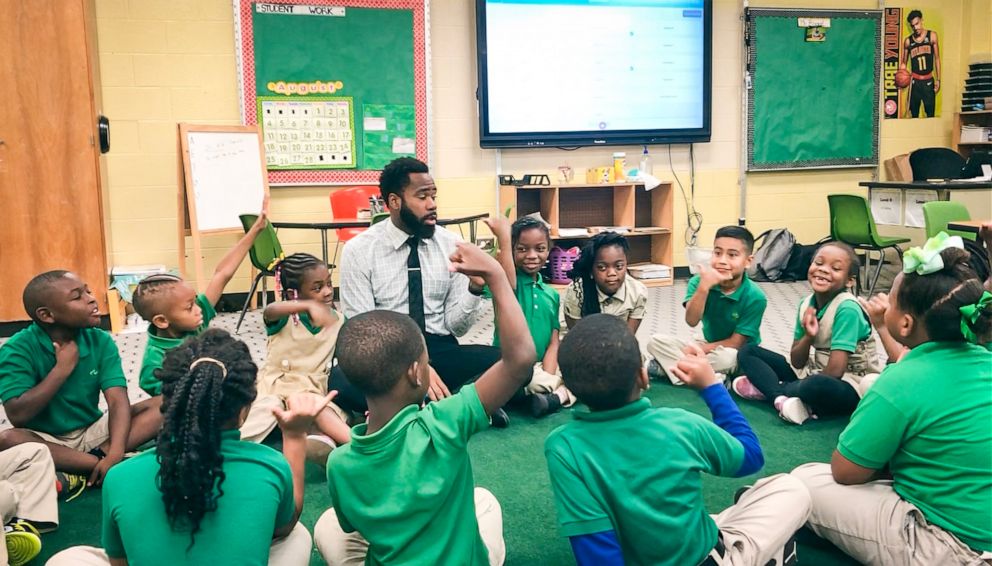 For 8-year-old Tahj Shivers, he was performing at an average level academically until the first week the music sessions were introduced. That's when his grades quickly began to jump, Rigaud said.

Tahj, who's been rapping since the age of 4, said his inspirations include both his father and Rigaud, who is his "favorite" teacher.

"He's the best," Tahj told "GMA." "Everybody in our class likes to be in his class."

The young Atlanta native said that despite getting "a lot of views" online, his focus in the classroom hasn't wavered from what really matters.

"You still got to pay attention," he said. "You have to keep up the good work and still get good grades."

Rigaud, a first-generation Haitian-American, is actually a part of a rare breed in America -- black male teachers, which make up just 2% of the nation's teaching workforce, according to the U.S. Department of Education.

But beyond inspiring his students with his mere presence, he said he created Freestyle Fridays as a technique to keep them motivated and admitted that he was amazingly surprised to see the videos become such a viral sensation.

The sessions aren't just having a positive influence on the students' classwork, but that it's also given many kids a "sense of pride," he said.

"They walk around with confidence. They feel important, they feel seen. That's not always the case for them at home," Rigaud added.