A Northern Virginia family that put a food collection box outside their home at the start of the coronavirus pandemic has now collected around 30,000 pounds of food and started a program that puts pop-up, free food pantries in local neighborhoods.

Amber and Sterling Marchand and their four children, ages 9, 7, 5 and 3, put the box outside their home last June after reading about the increased demand for food for people in need and the decreased supply, both due to the pandemic.

The box filled up so quickly with non-perishable foods donated by neighbors and friends, that the family decided to do more, Amber Marchand told "Good Morning America."

"We realized that as much as a need was there, there was also a desire to help," she said. "We started to reach out to local nonprofits to donate the food and create relationships." 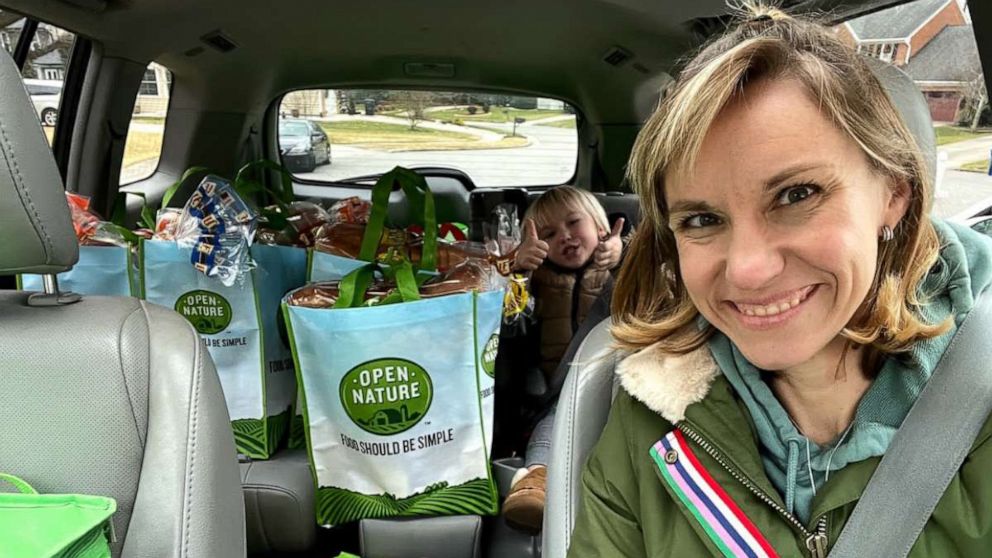 Amber and Sterling Marchand/Be The Good Project
Amber Marchand and her son pose in the car with food they have collected for charity.

One of the nonprofits the family reached out to was Martha's Table, a Washington, D.C.-based organization that provides food and resources for people in need, including delivering hundreds of sandwiches daily to the city's homeless community.

When the Marchands learned in July that Martha's Table was in need of 250 more sandwiches per day, they bought supplies and made 250 sandwiches for the organization.

They also posted about the need on Facebook and then became a mini headquarter for sandwich making in their community, purchasing five mini fridges to hold all the sandwiches that were donated by friends and neighbors.

"We send the instructions [for sandwich making], people drop the sandwiches off at our house and we refrigerate them," said Marchand. "We now we bring about 1,500 sandwiches a week to Martha's Table, and that's been since July."

In July, the Marchands launched a nonprofit organization, Be The Good Project, so they could raise money and use it to purchase food in bulk. 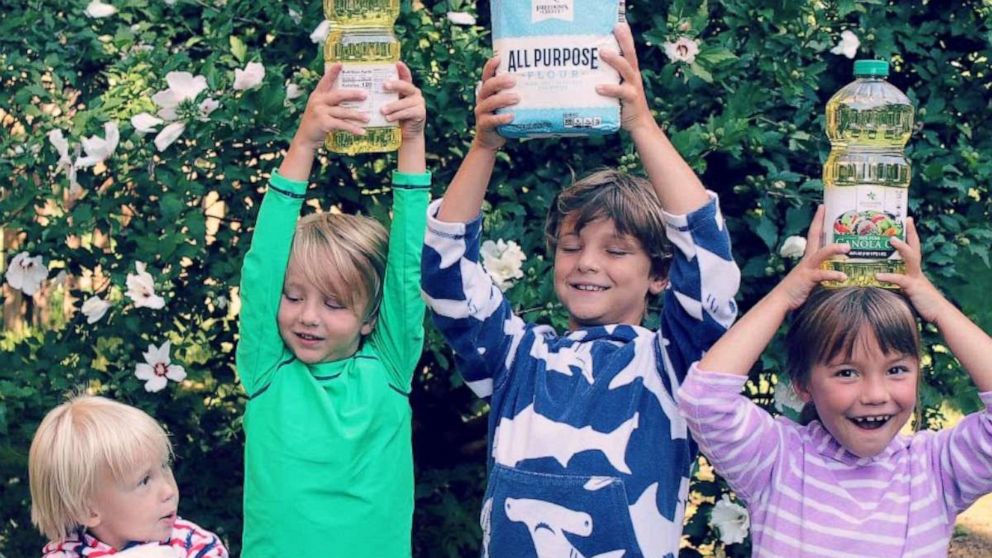 Meanwhile, people were continuing to drop off donated food in the box at their home, which became the headquarters for Be The Good Project.

"Our laundry room is now mini fridge land, we store the nonperishables in our living room and we have two additional full-size fridges that we've added to our garage," said Marchand. "It has definitely infiltrated [our house], but the neat part is our children, who are fairly young, really do understand what's happening. Our youngest, who is 3, will say, 'Is this food for us or food for neighbors?'" 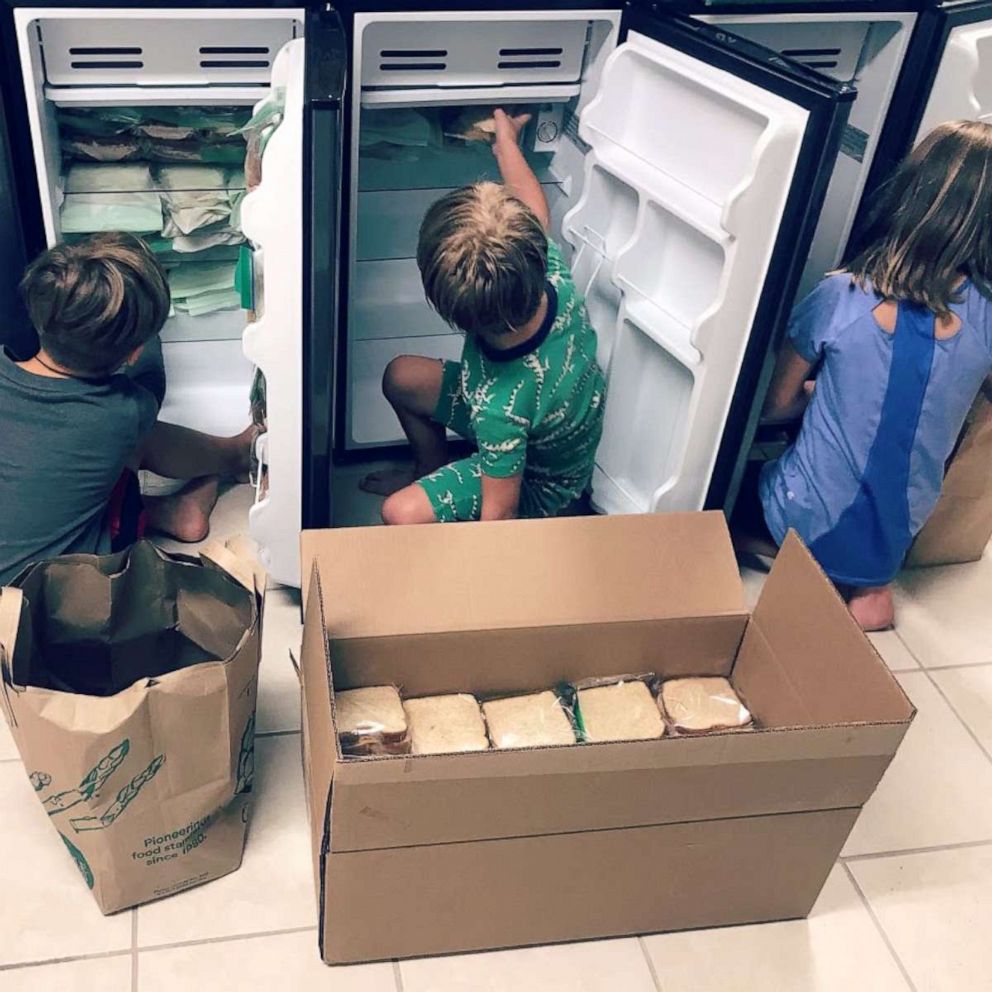 Amber and Sterling Marchand/Be The Good Project
Sterling and Amber Marchand's children stock mini-refrigerators with food that has been donated.

Through their nonprofit, the Marchands continue to donate between 500 and 600 pounds of food per week to local families, schools and nonprofit organizations.

Over the holidays they distributed care packages and more than $11,000 in grocery gift cards, according to Marchand. They also do emergency grocery deliveries to people who may be homebound due to the pandemic.

"It has gone from a black box we picked up at a hardware store [for collecting donated food], to we have delivered more than 30,000 pounds of food in less than a year and more than 48,000 sandwiches to Martha's Table," said Marchand. "The numbers, even to us, they still sound astounding."

Martha's Table told "GMA" in a statement that the Marchands' continued food deliveries have made an impact as there continues to see an increased need.

"Martha's Table remains deeply committed to supporting Washingtonians with access to healthy food, quality education, and family and community resources," the statement read. "One year into the pandemic, we are still experiencing a large spike in need, supporting 5,000-plus neighbors a week with healthy food. We would not be able to increase our operations without supporters like Be the Good. We thank Amber and Sterling for joining us in taking bold action to ensure that our District's most vulnerable receive the nutritional support they need." 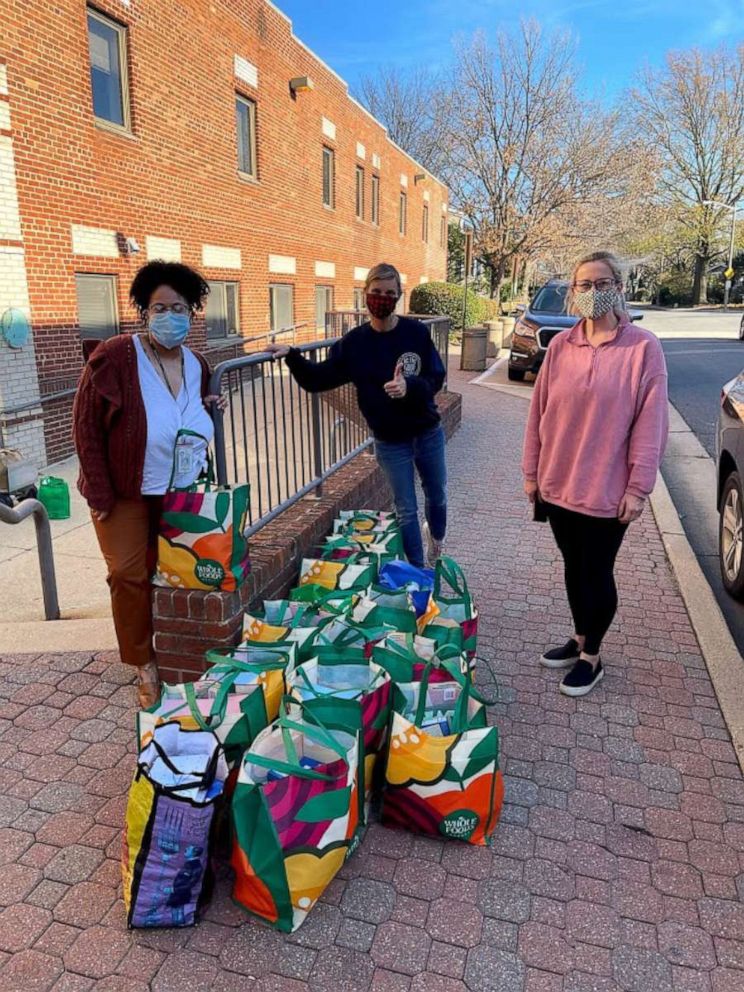 More than 35 million people, including nearly 11 million children, lived in food insecure households before the COVID-19 pandemic, according to the U.S. Department of Agriculture (USDA).

Feeding America, which describes itself as the "nation's largest domestic hunger-relief organization," estimates that 45 million people, including 15 million children may have experienced food insecurity in 2020, during the pandemic. The organization also predicts that one in eight people in America could experience food insecurity in 2021 due to continuing economic fallout.

Knowing that people around them will continue to be in need for weeks, months and possibly years to come, the Marchands have launched a new effort to make accessing free food even easier and safer for people. 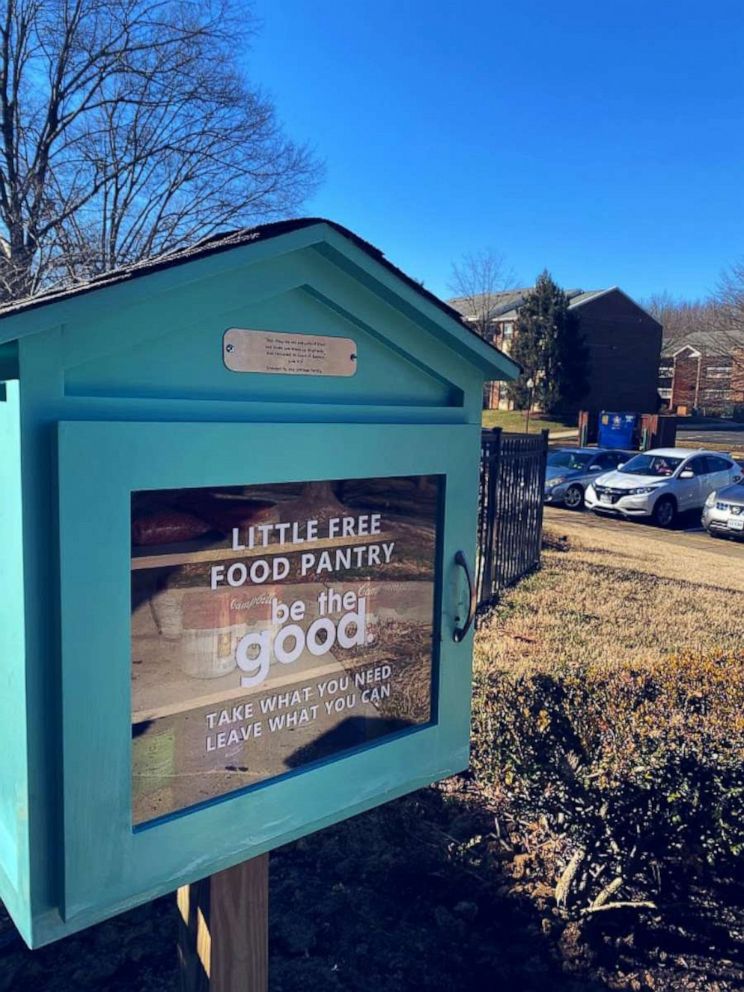 "We realized there were a lot of barriers for people who couldn't reach a food pantry," she said. "[The pantries] are a nice go-between because they are 24/7 and people don't have to navigate certain hours or going inside a building, and people can also safely donate food outdoors."

Sterling Marchand, a lawyer, installs the food pantries, some of which have been handmade by volunteers and others that have been refurbished and donated. Amber Marchand, an artist and former corporate consultant, oversees outreach and logistics, and also draws custom illustrations to raise money for Be The Good Project. 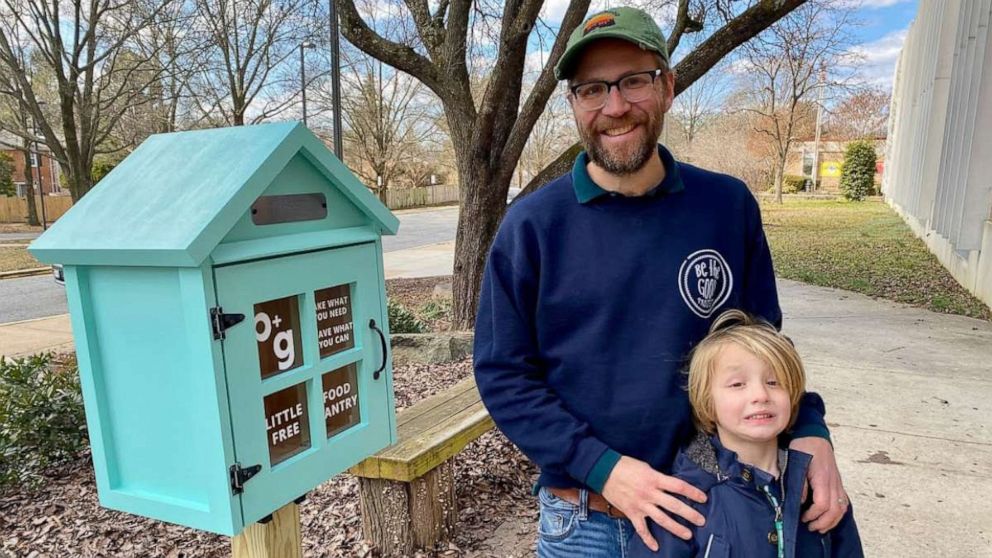 The couple plans to keep expanding their efforts as much as they can.

"We know that this need for food is not going to go away even as we're able to return to what we seemingly see as normal," said Amber Marchand. "It's going to be here for a long time, and this is hopefully going to be an outlet for people to continue to help one another."