Tuesday is Menstrual Hygiene Day, an annual day to raise global awareness of and break the silence around menstrual hygiene.

A group of Girl Scouts in western Ohio fought to put a locker for menstrual hygiene products in their school restrooms, and even used some of the money they made from selling cookies to fund it.

"We never really set out to really change the world with our project, but we knew that it could make a world of a difference to the girls in our school," Reagan, one of the girl scouts involved in the project, told "Good Morning America." 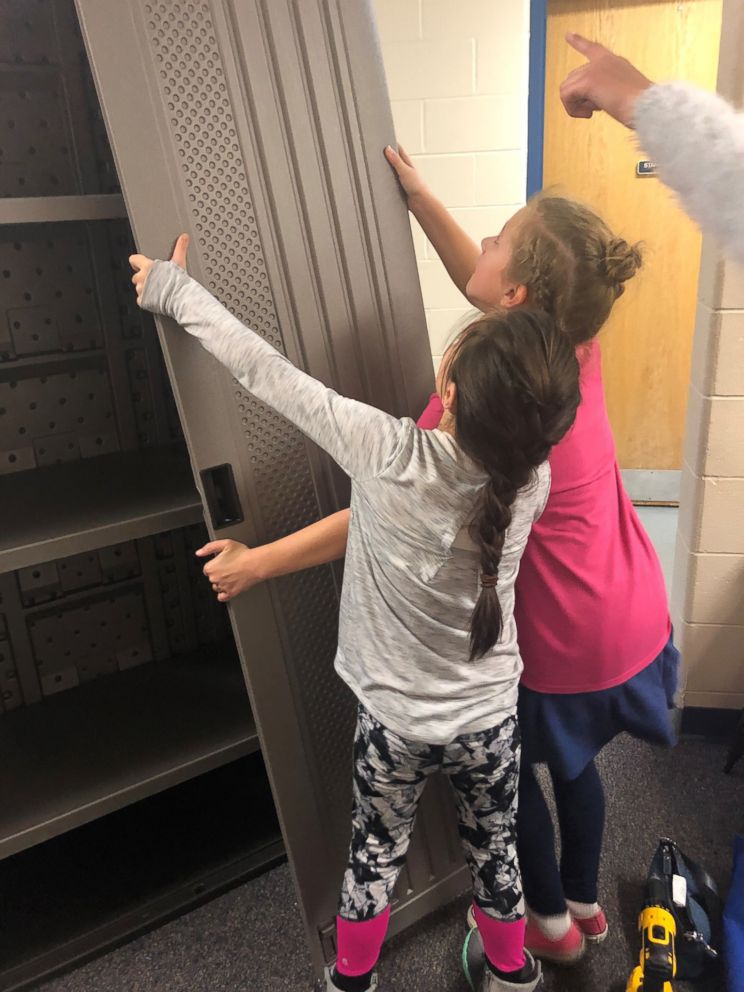 Reagan said that they got the idea because they were not allowed to carry bags around during school and their uniforms didn't have pockets. If students needed feminine hygiene products, they'd have to get them from the school nurse.

The girls teamed up as a troop and wrote a letter to their school's parent-teacher organization, but their initial proposal of having individual lockers in the restrooms was shot down by the school. Eventually, their second proposal of one big locker with individual cubbies was greenlighted last December.

They were able to fund the project in part with proceeds from selling Girl Scout cookies. The girls even helped assemble and install the locker themselves. 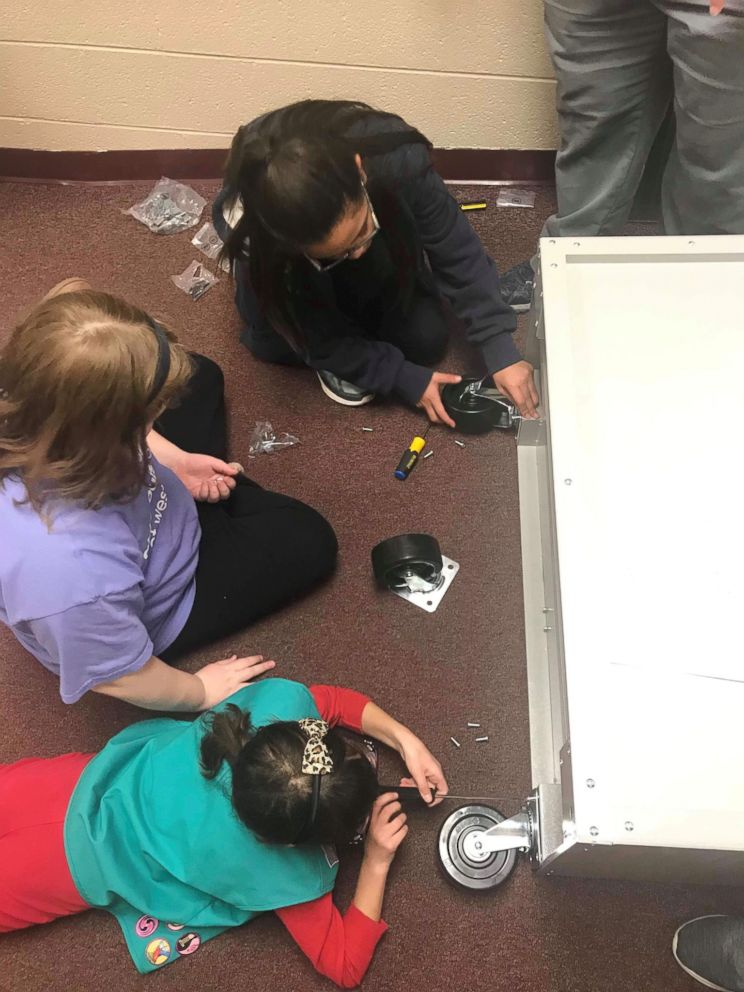 Courtesy Shauna Martin
Girl Scouts of Western Ohio helped install a feminine hygiene locker in their school bathroom.
(MORE: A documentary about menstruation won an Oscar. Here's what the director of 'Period. End of Sentence.' wants to happen next.)

Another girl scout, Alexis, said that the project was important to them because it was a way to support fellow girls.

It would be amazing if this became the standard in all schools, and maybe baby steps of something even greater.

"This project is important to us because it encourages girls more, and [makes] them feel comfortable at school and confident," she told "GMA." "And it's really fun to help out girls in our community."

Reagan added that the response from other girls at their school has been overwhelmingly positive. 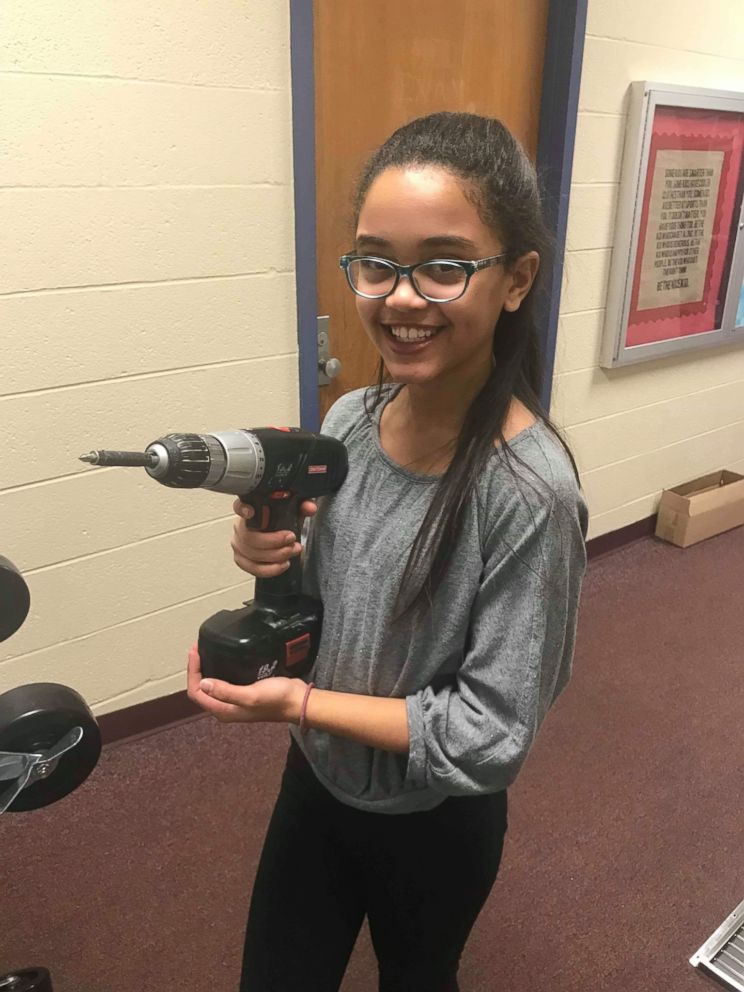 "Last year, when we started the project, some of the older girls mentioned how much they were trying to sneak around their products, and when we mentioned we were going to put cabinets, the girls were really excited," she said.

The girl scouts, both fifth graders, wished to only be identified by their first names for privacy reasons. Their troop leader, Jen Strickler, said it was inspirational to see the group of young women "come together and really look to see how to make things better and how to make the world a little bit better in certain ways."

"For me personally, I remember 30 years ago experiencing something similar, so we kind of started talking through what made the most sense" for how these young women could access menstrual hygiene products at school more easily," Strickler said. 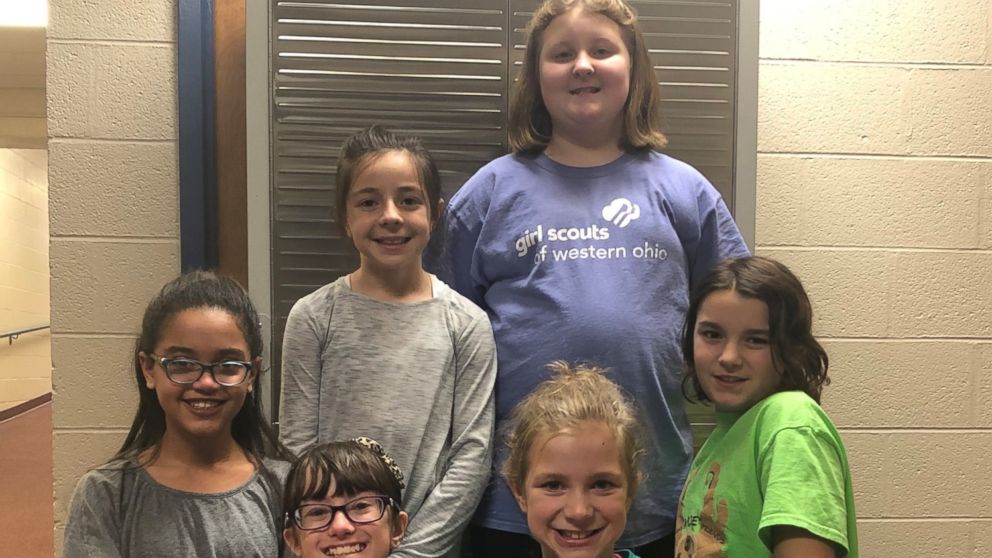 She said she hopes the locker will "really make that transition of going from a girl to a young woman that much easier for them."

Reagan said she hopes "other girls will hear our story and advocate for a change in their school."

"It would be amazing if this became the standard in all schools, and maybe baby steps of something even greater," she said.