An employee at a Goodwill in Norman, Oklahoma, recently found a big surprise at work.

Andrea Lessing was sorting through a box of donations when she felt something in between some sweaters: Stacks of money that amounted to a total of $42,000.

Lessing alerted her supervisor and through documentation of the donation, they were able to locate the rightful owner and return it.

MORE: A Dunkin' customer pays it forward with $4,000 for customers' orders

The decision to return the money was a no-brainer, though Lessing admitted she felt the pull of human nature.

Ultimately, the importance of being a good role model for her 6-year-old daughter is what pushed Lessing to do the right thing. She's trying to instill in her daughter the value of honesty and compassion for others.

"I can't tell my daughter 'you need to make good choices' as I myself am not making good choices," she said. 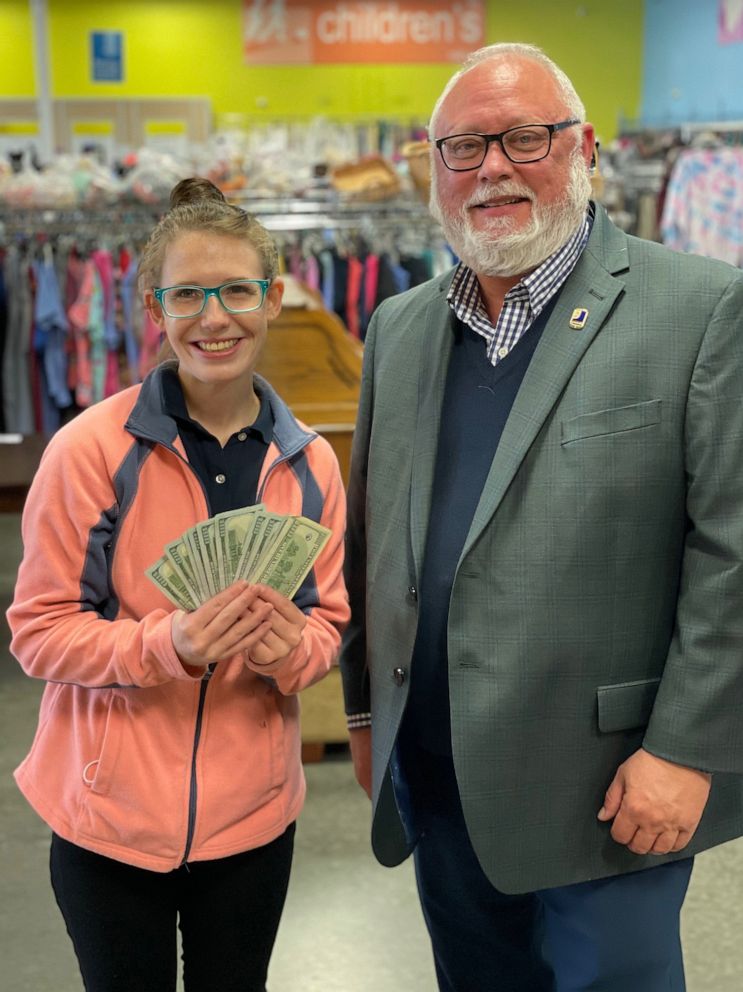 Lessing's altruism was rewarded; the owner gave her $1,000 as a token of gratitude.

She said she's a big believer in karma and that while a good deed may not come back right away, eventually it does.

As for what Lessing plans on doing with the money? She said she intends on taking care of bills and treating her daughter to something nice.