Three years ago, Casey Hubbard had a dream but he wasn’t sure if he could make it a reality.

The trumpet player, now 16, wanted to follow in his percussionist brother’s footsteps and join one of his high school’s bands, specifically the Southmoore High School marching band.

“I didn't expect to be able to march so I guess that … was my dream, to be able to get on the field and march with the rest of the band,” Casey said. 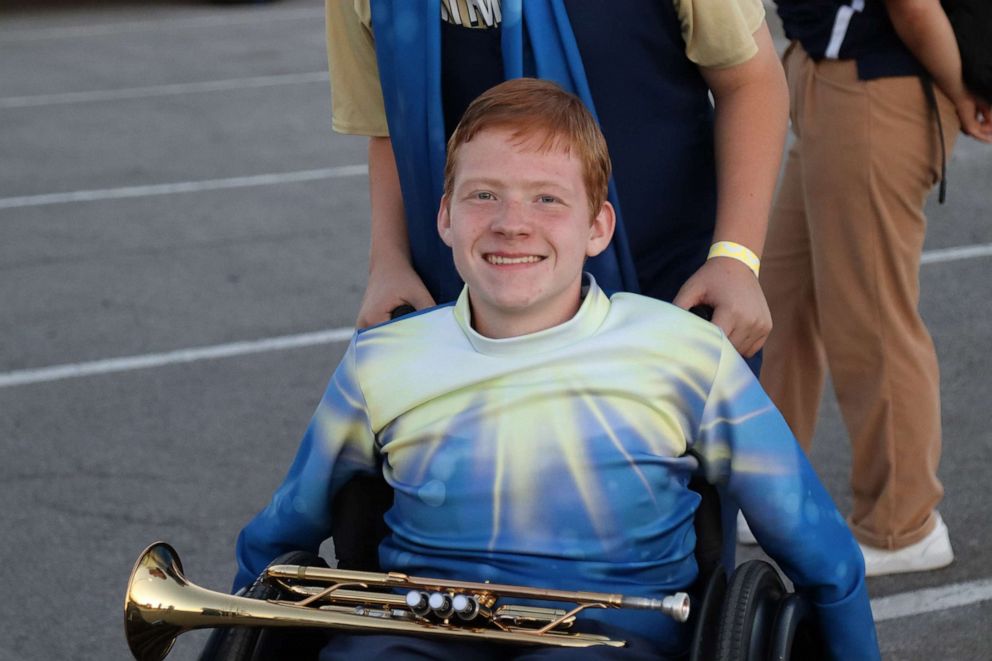 David Anderson
Casey credits his older brother for inspiring him to join band and his director for helping fulfill his marching band dream.
Editor's Picks

Adam Mewhorter, the director of bands at Southmoore in Moore, Oklahoma, knew Casey, who was born with spina bifida, had potential since he’d been playing the trumpet since seventh grade and had a passion for music.

But he was in new territory, having to figure out how to help Casey realize his dream.

“I remember seeing years ago there was a video of a dad who had pushed his son around the field and that stuck with me for many years,” Mewhorter recalled to “Good Morning America.”

“I've seen obviously students in wheelchairs in band programs many times but they're usually just at the … front of the band,” the band director continued. “A lot of times they'll just play their instruments set by them and I remember thinking, ‘I feel like we could probably do a little more.” 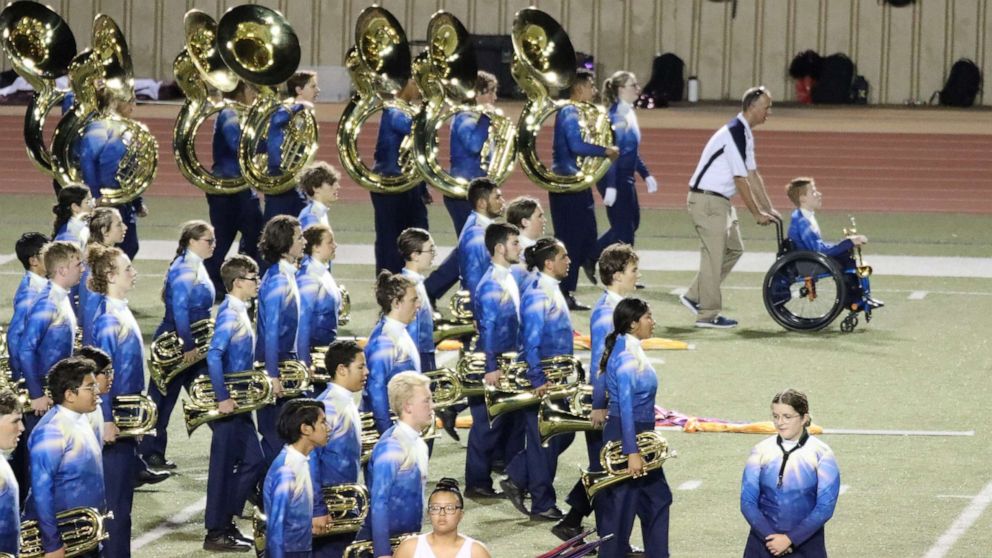 So instead of turning Casey away from marching band, Mewhorter got to work.

“I didn't think that I would actually get to have a regular marching season because of my wheelchair,” Casey told “GMA.” “I thought I was going to be on the sidelines and stuff. But my director, he literally asked me, ‘What do you want to do for high school?’ And I was like, ‘Well, I want to be on the field with everybody else and I want to be able to march.’ So he did just that. He made that happen.” 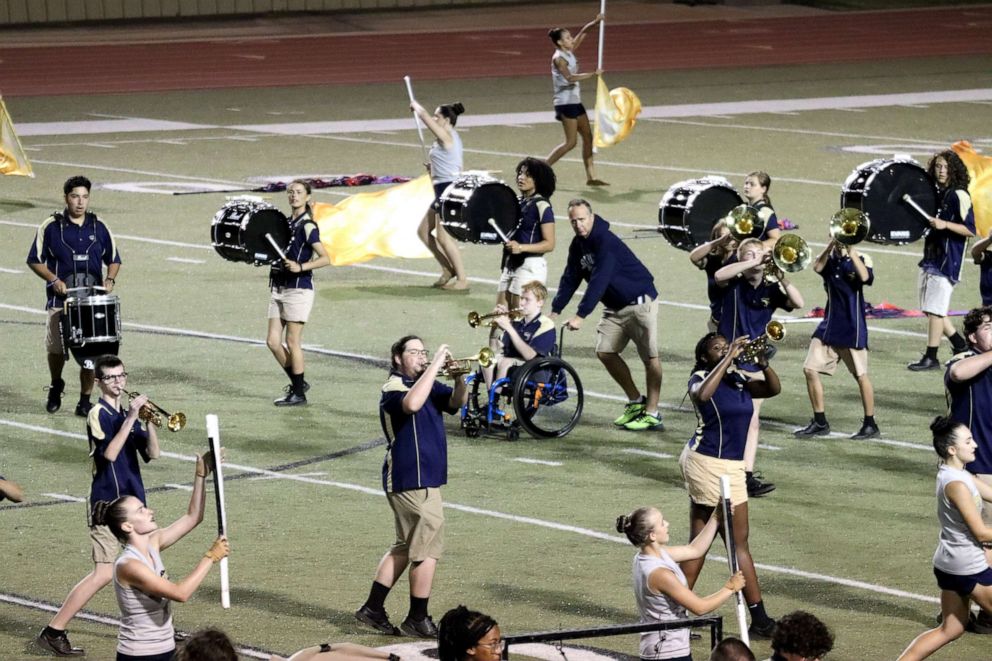 David Anderson
Mewhorter and Casey have learned through trial and error how to work together so Casey can be a "full participant" in Southmoore's marching band.

Mewhorter, who has been the band director at Southmoore for the last 15 years, is committed to giving all his students – Casey included – a full experience in marching band, an experience he himself had grown up loving, as a percussionist who played for his high school and college marching bands.

“Band and arts gives some opportunities just by the nature of what we do for a student like Casey to be a full participant,” Mewhorter said. “And so me as an educator needs to make sure we know that and then make sure we explore that all the way, like if that's something we can offer, then we need to offer it in its entirety. So, I think what's made this one stand out a little bit more to other people is that I don't think it's just common.” 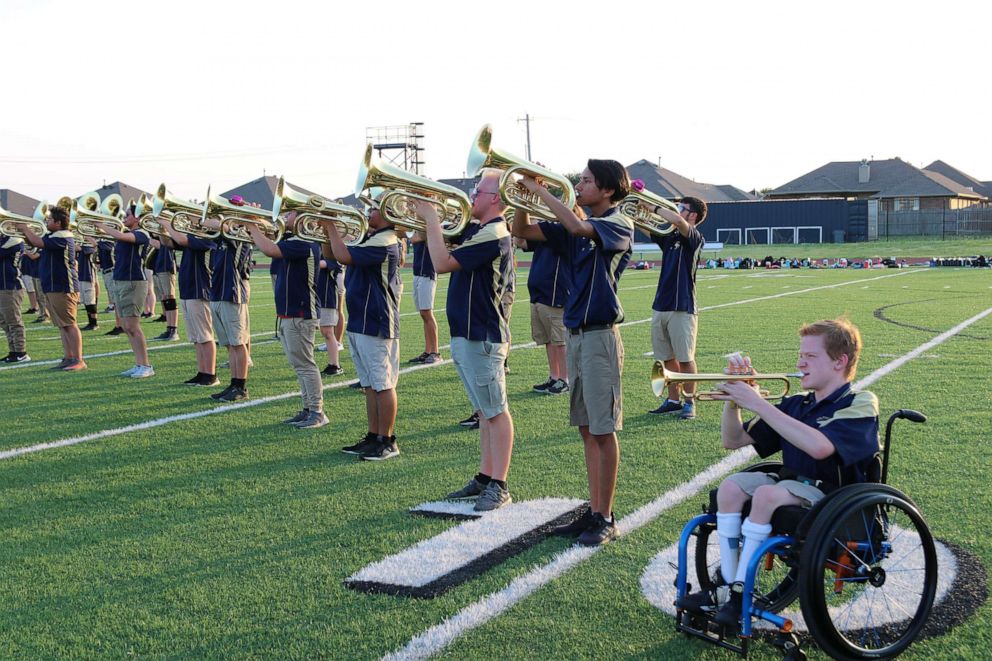 They started slowly, adjusting to a modified version of marching band when Casey first started in the pandemic’s early days in 2019 and 2020. Mewhorter also signed up to be the one to push Casey in his wheelchair on the football field. He was Casey’s teacher and felt he knew the routines the best and could react quickly.

“Every year, I've kind of stepped up,” Mewhorter said. “There's been times in the last two years‘ shows where there wasn't a place to go in the field and [we’d] have to hang on the sidelines for something to happen, then I could get back out there. This year's goal was to never leave the field and so we did not.”

“What's cool about our art, we can explore, ‘How do we want them to move around the field? What do we want that to look like?’” Mewhorter continued, explaining that after he studied computer program charts of the students’ movements, he and Casey would perfect marches through trial and error. 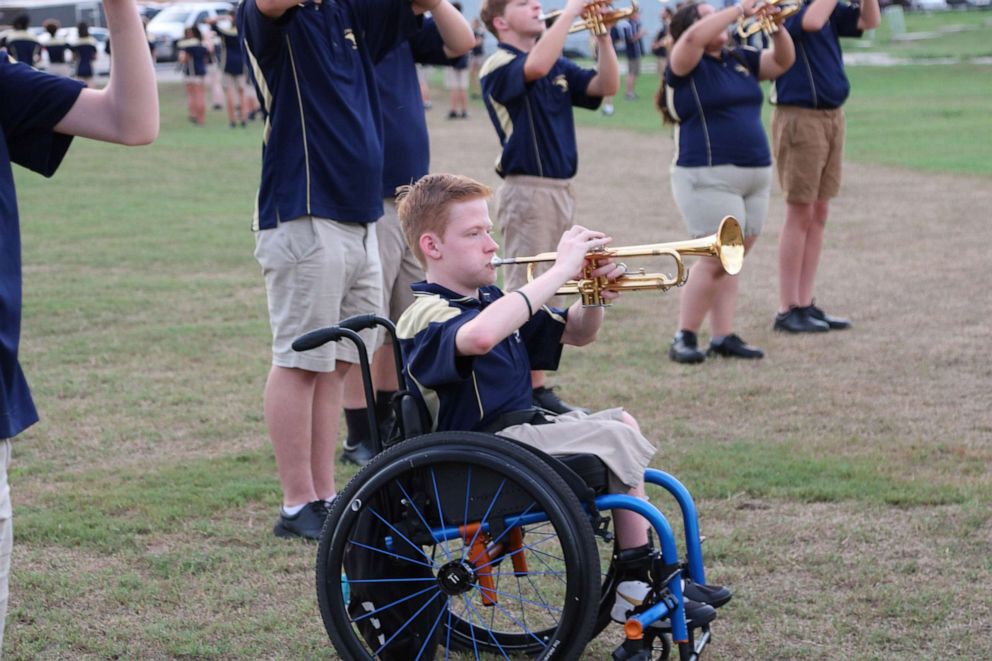 David Anderson
Casey, 16, says he loves to play the trumpet, which he's played since the seventh grade.

“I'm sure it's gonna be a lot of fun,” the high school junior said.

For Mewhorter, it’s also been an exciting time, getting the unexpected opportunity to be on the field again, even if he does have to squeeze in some stretching ahead of time. “It's both as a teacher, good for me, but then as you know, used to be a performer, awesome. That's been incredible and that's been a neat part of it.”

And more importantly, Mewhorter hopes he can show other teachers to think creatively and push past limitations.

“I think this has gotten a little attention which is cool, a little embarrassed by it, but [if] other educators go wait a minute, ‘It'd be awesome for that to just be more often,’ I think that would be a neat side product of this.”