At 20 years old, Amonte Green was without a family. He was homeless, jobless and as a high school dropout, work options were limited.

Determined to persevere, the young man reached out to Kate Demory -- his 8th grade math teacher who he always felt like he could lean on.

"She was very helpful, a very nice person -- a person you could go to no matter what," Green told "Good Morning America."

"Everything from the past year built up inside and it just broke me," he said.

Green attended Glenridge Middle School in Orlando, Florida. There he met Demory, his pre-algebra teacher for the 2014-2015 school year. 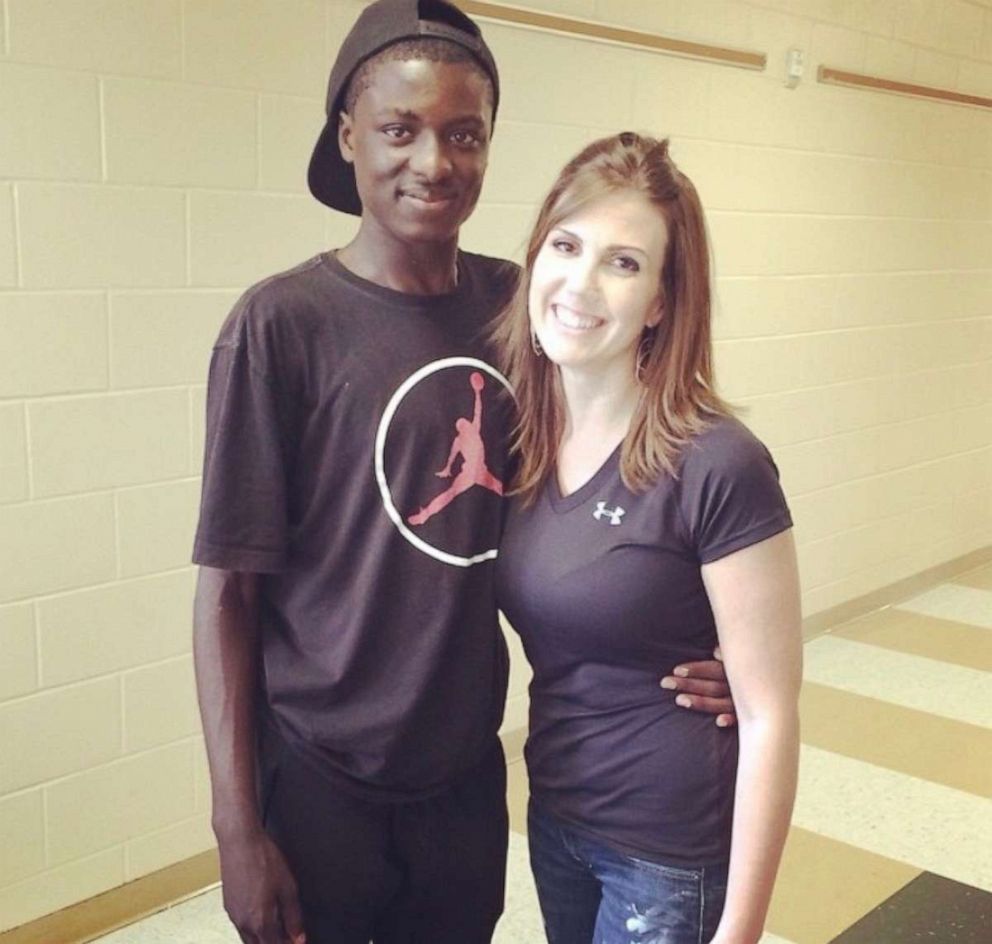 Kate Demory
Amonte Green is seen in 2015 on the last day of 8th grade with his teacher Kate Demory at Glenridge Middle School in Orlando, Florida.
(MORE: Teen gets accepted to 17 colleges after overcoming homelessness)

"He was never disrespectful or rude. He was very polite," Demory told "GMA." "He always wanted to help others. He sometimes avoided doing his schoolwork because he didn't know how to do it."

"But anytime I worked with him one-on-one, he was willing to put forth some effort for me," she said.

Because Green enrolled in kindergarten late and was held back in 7th grade, he celebrated his 16th birthday in 8th grade. 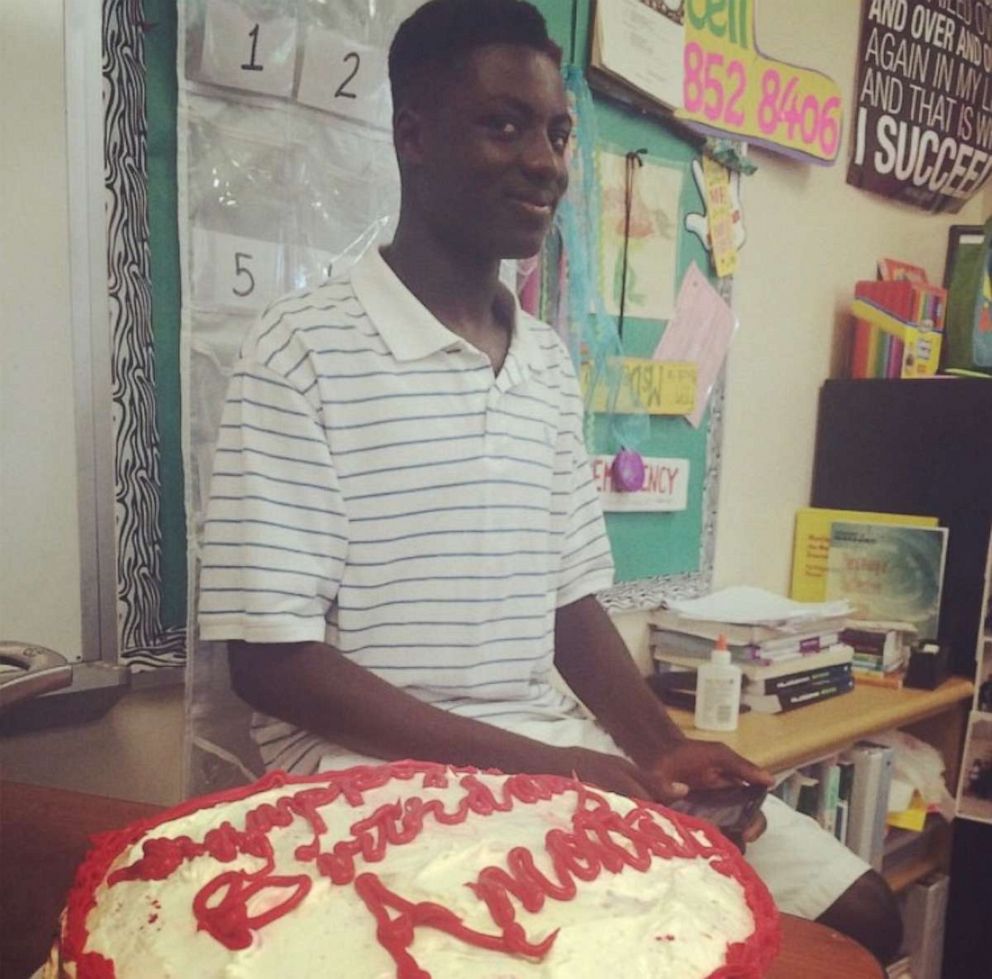 Kate Demory
Amonte Green, is seen on May 6, 2015 celebrating his 16th birthday with his algebra class in Florida.

At the time, he told Demory he never even had a birthday cake before.

"My [class] and I made a birthday cake for him," Demory recalled. "He said red velvet was his favorite."

Alone and without a family

Demory said soon after he left Demory's class, Green's mother died. From there, his situation took a downward turn.

His junior year, Green dropped out of high school in order to hold full-time employment at fast food restaurants. He walked or biked to work, and bounced around group homes for shelter.

There was no one else who took his calls.

During this time, Green would keep in touch with Demory and texted her every Mother's Day, Demory said. 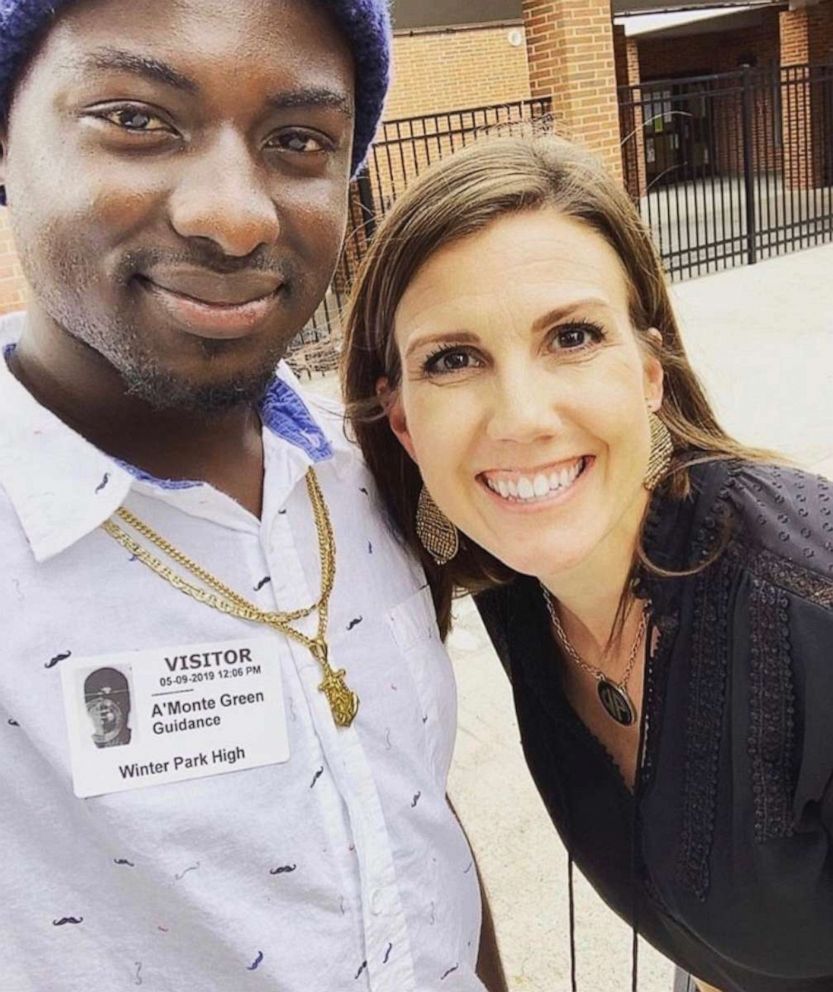 On one occasion, Green found himself in a verbal altercation with another group home resident. When the argument turned physical, Green was arrested and spent 33 days in jail.

During his time behind bars, Green called Demory regularly.

"He was lonely," Demory said. "There was no one else who took his calls. He knew he wouldn't be able to go back to the group home. We started game-planning ideas."

Green said he was released from jail on June 24. The first person he called was Demory and her husband Craig Russell, who is a coach at Green's alma mater, Winter Park High School in Winter Park, Florida.

"One of the things he mentioned to us right away [was] he didn't have a family," Demory said, adding she and Russell picked up Green and retrieved his belongings from the group home. 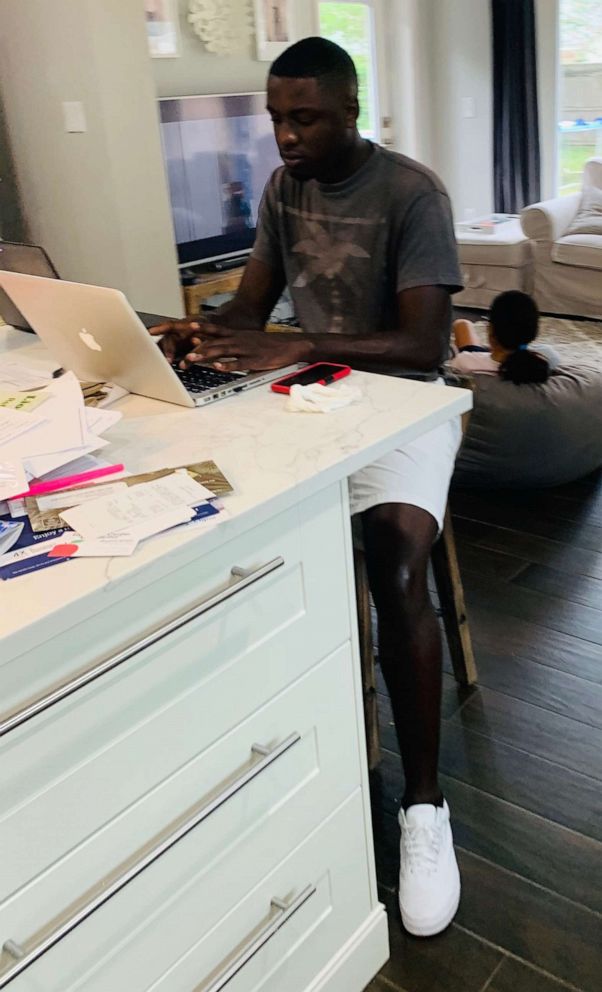 Kate Demory
Amonte Green, 20, is seen in an undated photo doing research on a computer at the home of his former middle school teacher, Kate Demory.

Demory and Russell are parents of five children and live in a small home. To provide Green with a space of his own, the couple decided to pay for a one-night hotel stay for him.

The next morning, Demory went to pick him up and found Green on the sidewalk, head in his hands, crying.

"I've never seen him like that," Demory said. "I put my arm around him and let him cry. I said, 'Everything will be OK -- one hour at a time, one day at a time, one week at a time, and before we know it, you'll be back on your feet."

Demory washed Green's clothes and checked him into the Salvation Army shelter in downtown Orlando. The next morning, Green checked into another shelter for a two-night emergency stay.

He's a special individual with quite a bit of resilience.

Russell then rented a place for Green at an extended stay hotel. But when the hotel learned Green wasn't 21 years old, he was asked to leave.

Green now lives with Demory, Russell and their family. 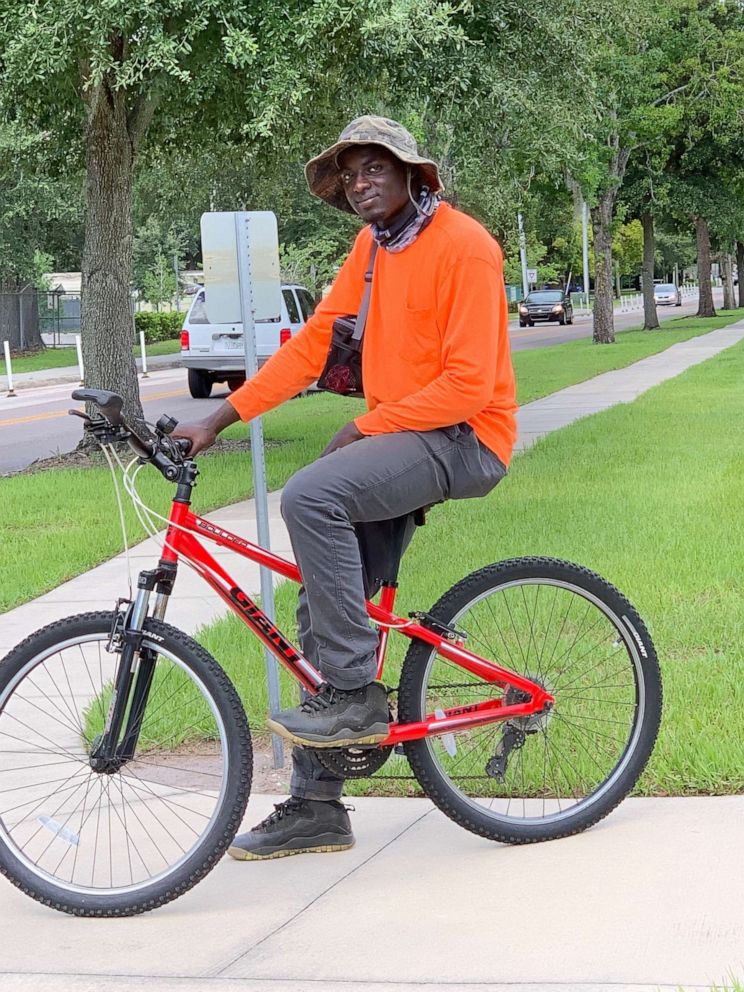 Melissa Lee
Amonte Green, 20, was homeless living in Florida, but is now living with his former teacher Kate Demory and her family. Green also holds a landscaping job.
(MORE: 4 sisters make and sell bracelets so parents can adopt a baby)

"Amonte, he's a kid who should not have had to do the things he had to do at his age," Russell told "GMA." "He's a charming kid. That's whats got him by. He's able to build relationships."

"He's a special individual with quite a bit of resilience," Russell added.

The charges against Green from the fight at the group home were dropped. Green vows to never have another run-in with the law, and is grateful to have a second chance. 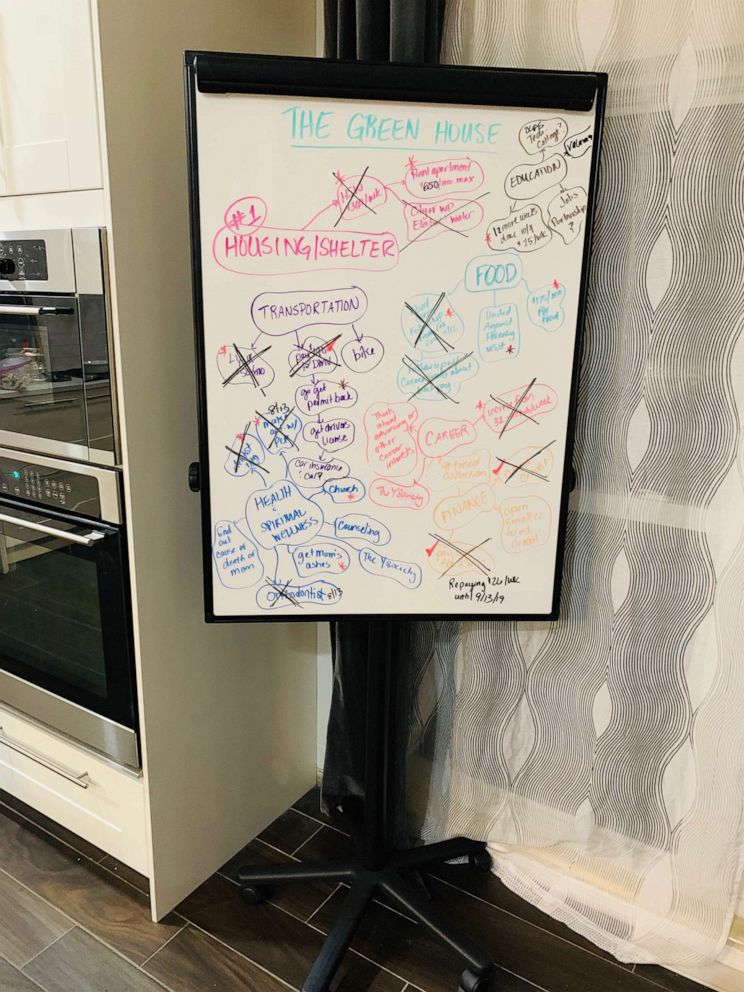 Kate Demory 407-529-7775
See here, a board listing the goals of Amonte Green, 20, a homeless man from Florida. Green asked his former teacher and mentors Kate Demory and Craig Russell, for help getting his feet on the ground.

On June 30, Demory launched a GoFundMe campaign. Money raised will go towards Green's housing, his 16-week high school completion program, a bus pass and a phone.

One person donated $500 to the cause and even offered Green a landscaping job.

"I love my new job," Green said, admitting that working under the hot Florida sun is no joke. "Everyone at the job is wonderful." 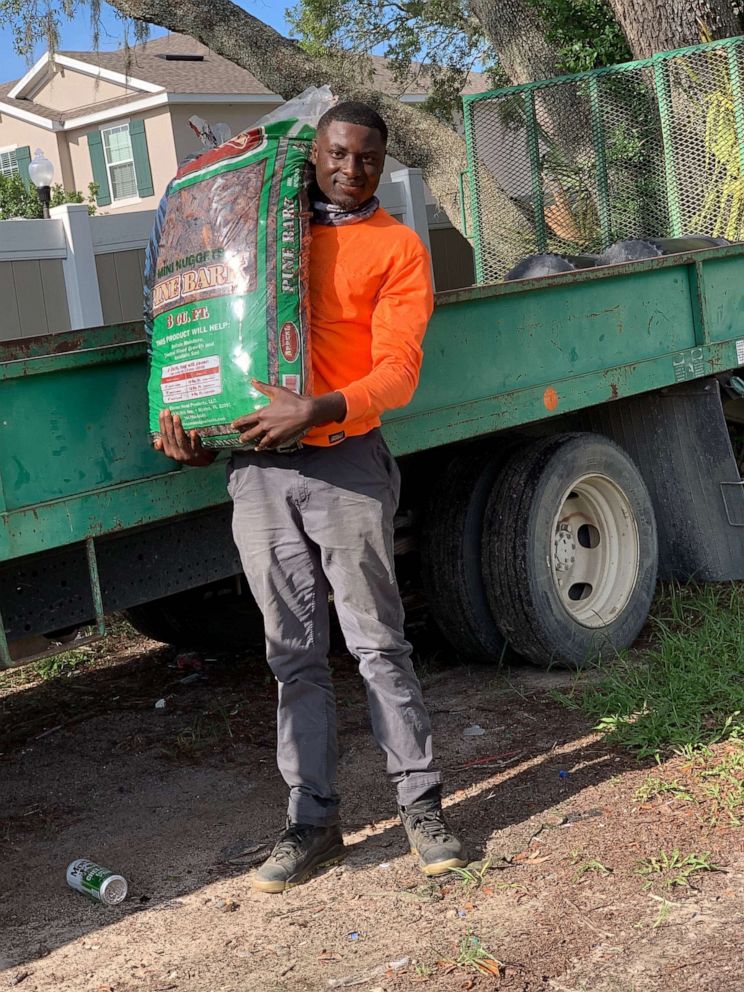 As of August 1, Green will be moving into his own place.

"I feel like a weight has been lifted off my shoulders," Green said. "I can finally say I have a stable place where I'll be staying and it's a big relief."

With Demory and Russell's help, Green has compiled a list of personal goals he calls "The Green House." Some of these goals include finding a place to live, a job and finishing school.

Miss. Demory has always been a mom to me.

Green also hopes to kick-start an initiative where he helps others rise above their circumstances.

"It would be called the Youth Society," Green said of the initiative. "A program to help youth who have been through what I have so they don't feel lonely, lost or by themselves -- a family-oriented group." 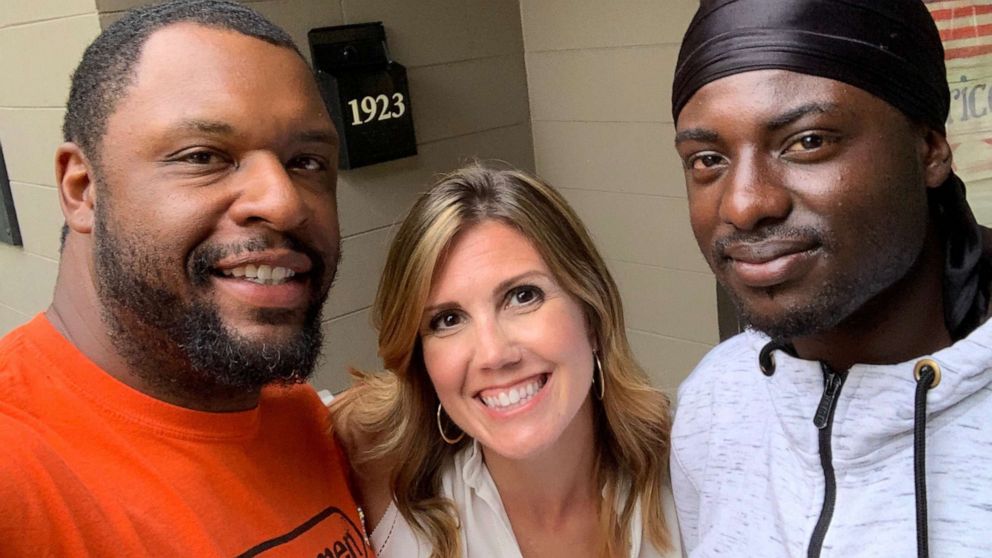 Kate Demory
Kate Demory and her husband Craig Russell of Florida, are helping Demory's former student, Amonte Green, 20, get on his feet.

Green said he 's grateful to have found a family within Demory and Russell.

"Miss. Demory has always been a mom to me," he said.