Wedding season is in full swing and a record number of couples are tying the knot.

An estimated 2.5 million weddings are set to be held this year, according to Shane McMurray, CEO of the Wedding Report -- the most the U.S. has seen since 1984. The record total is due in part to many couples having postponed them due to the COVID-19 pandemic.

But with the large number of weddings this year, coupled with current supply chain issues and limited labor, the costs of weddings have also increased this year. 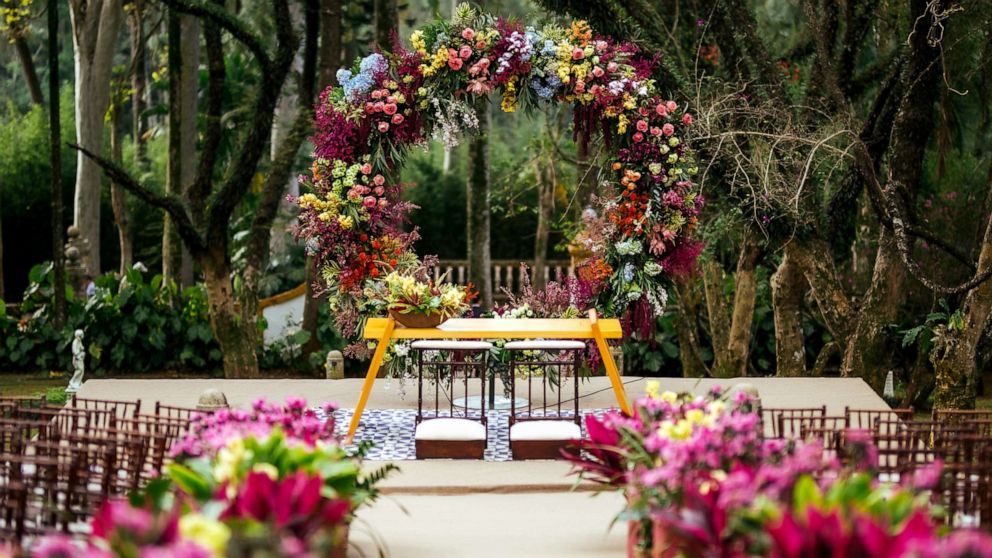 As of March 2022, the annual inflation rate in the U.S. accelerated to 8.5%, according to a report from the U.S. Department of Labor. The largest contributors to the increase were from gasoline, shelter and food. However, the inflation rate has also impacted the cost of weddings in 2022.

"What it boils down to is supply and demand," McMurray said. "As people put off their wedding, because of the pandemic and weren't able to get married, all of a sudden you've got this flux of people getting married."

MORE: Bride goes viral for $47 wedding dress, tying the knot on a $500 budget

McMurray explained that there's a huge demand for services, but there's little capability to supply couples' needs. Photographers and DJs are always in demand, but prices have been driven up because of the increased weddings in 2022. Top-rated venues and caterers are also upping their prices. 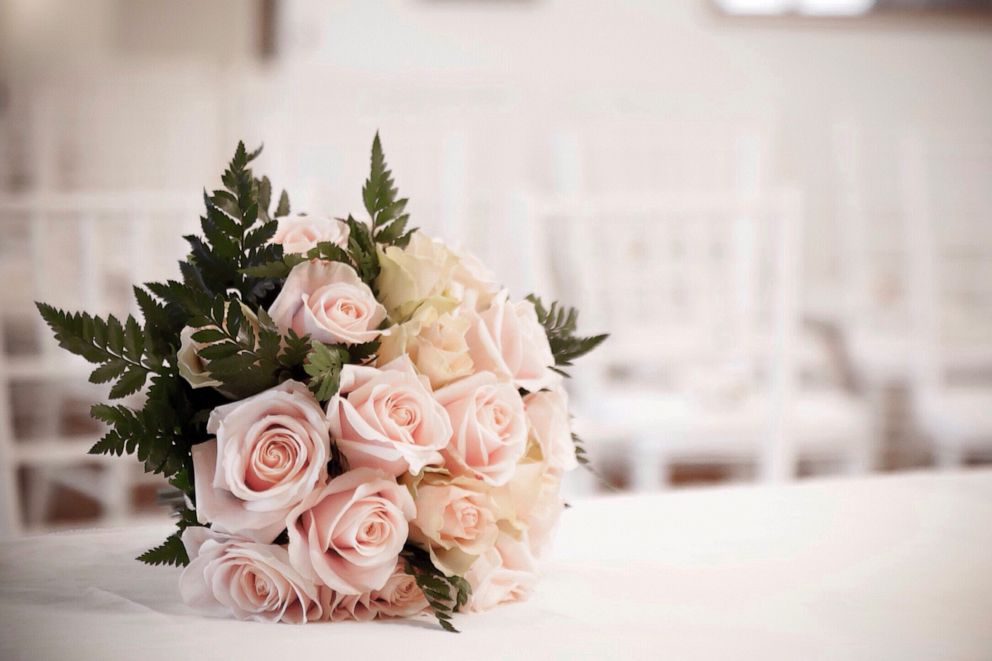 STOCK PHOTO/Getty Images
MORE: Weddings in 2021? What to know so you and guests can stay safe

Flowers have also become one of the costlier parts of weddings this year. In 2021, couples spent an average of $2,245 on florals for their weddings, according to a wedding market update from Wedding Report. That number has only increased in 2022.

"The demand has increased so much for flowers that the prices have just gone up and we have to adjust our prices accordingly," said Ashley Mueller of Ash and Oak Floral in California.

Mueller, who works with business partner Katie Reisman, said in an Instagram post that prices have increased because of inclement weather impacting supply, labor cost increases and supply chain issues.

When the COVID-19 pandemic began in 2020, Mueller and Reisman said that flowers weren't planted. In California, where a lot of flowers are grown, a severe drought and wildfires also impacted the supply.

Mueller and Reisman explained that production on items such as vases and glue to make corsages were put on pause during the pandemic.

"It's kind of a perfect storm of all these factors increasing our prices," Reisman said.

MORE: Bride and florist team up to donate flowers after postponing wedding due to coronavirus concerns

Keeping up with traditions on a budget

The soaring costs have put a strain on couples. Sravya Vishnubhatla, a Desi bride having a Hindu wedding, which is typically a multiday celebration with hundreds of guests, told "GMA" that she's had to drop some of the things on her wedding wishlist to cut down the costs.

"I'm definitely forgoing maybe like a certain type of vision," said Vishnubhatla, who is getting married in May in Nevada. "I very carefully lifted up the hours [of our photographer and videographer] that they need to be there. Another thing that I am actually compromising on is on the decor for my reception. I'm probably not going to go with like heavy floral decor."

MORE: Black, other colors are the new white for wedding dresses

Over the years, the South Asian wedding industry has grown into a $50 billion business, according to Vogue Business. In the U.S., South Asian couples can easily spend between $225,000 and $285,000 on their wedding if it's being held in major metro areas including Los Angeles, Chicago and New Jersey, according to wedding planner and event coordinator Marisa Jenkins, author of the blog, Wedding Frontier.

To help curb costs, Vishnubhatla had her dad do some of the wedding shopping for her outfits while on a recent trip to India. Vishnubhatla said it's typical for South Asian brides to travel to India for wedding elements, but because of COVID-19 she was unsure if she would be able to make the trip.

"I got really lucky because my dad went to India, so he was able to shop. If he hadn't gone to India, it seemed like we would have had to either buy online from India and ship it or shop somewhere online in the states where it's overpriced," she said.

In January, Vishnubhatla took to TikTok to share the reality of the expense of South Asian wedding traditions after other brides weighed in on the cost of their weddings. Vishnubhatla pointed out that certain costs for a Western wedding aren't the same for Hindu weddings. Since then, she's brought people along with her wedding journey to shed light on what goes into planning a Hindu wedding and what brides have to include in their budgets.

"I realized that there's just not many resources in the states, from what we could find, for brides," Vishnubhatla said. "I felt like it would be useful and helpful for other Indian girls who are getting married."

With the cost of weddings on the rise in 2022, McMurray said those planning weddings may see a relief in 2024.

"The influx of weddings you're seeing this year is all pent-up demand, and there's not more people getting married [in general]. In fact, there's less people getting married than there have been in many years," McMurray said. "So you'll see this spread out over 2023, maybe it will trickle into 2024, likely not. But after that, it's probably just going to continue to get back to normal with a continuous decline."

"I know that's hard to do sometimes, and that's actually what's driving up spending right now are costs because people don't want to be patient," McMurray said.

Mueller and Reisman also advised couples to beware of repurposing certain items from your ceremony to wedding reception spaces. While many think repurposing flowers or decorations may be a way to cut costs, it can also mean that it will take more labor to move those items and can cost more money in the end.

In addition, be aware of what you see on social media and try not to be influenced by what is trending as certain designs may only feel trendy in the moment and may be beyond your budget. Instead, opt for flowers that are in season and designs that have a classic or timeless feel.