A principal at an economically disadvantaged school has spent more than 30 years teaching his students life lessons through the game of chess.

"Chess is the great equalizer," said Salome Thomas-El, who is known by his students at Thomas Edison Charter School in Wilmington, Delaware, as "Principal El." "Where we sit at that chessboard, it's your brain against mine."

Thomas Edison Charter School teaches students from kindergarten to eighth grade and 90% of the students live at or below the poverty level, according to Thomas-El.

"These are inner-city students in some very high-crime, high-poverty areas. These children are playing chess and graduating high school and going to some of the top colleges and law schools in the nation," Thomas-El said. 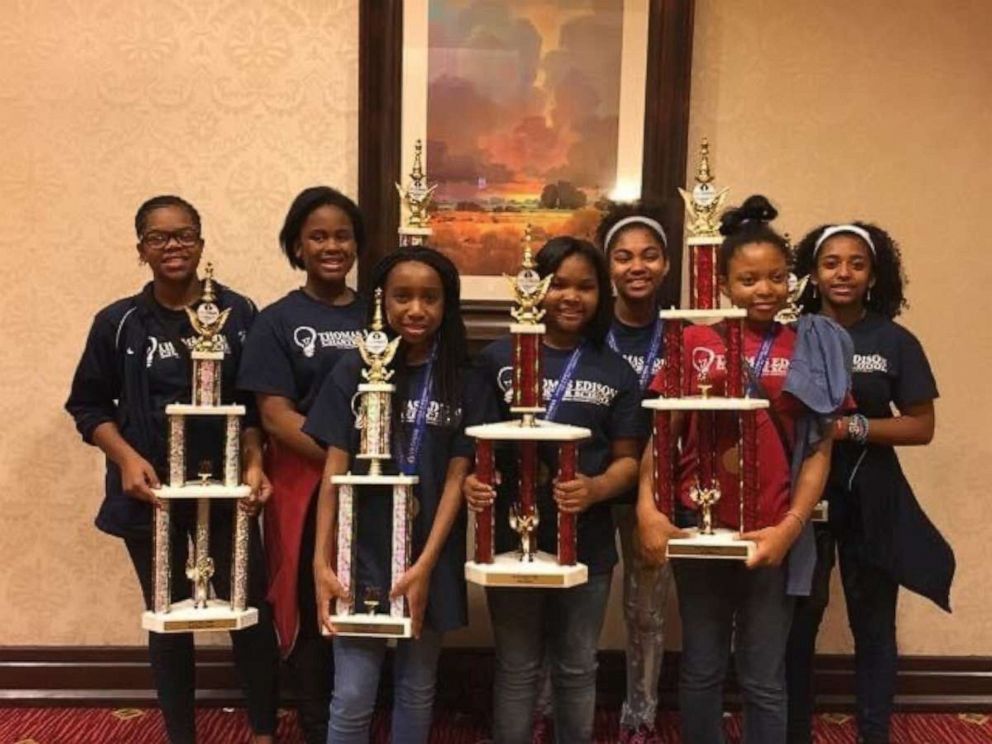 Over the last 30 years, Thomas-El has taught the game of chess to hundreds of his students, won several national chess titles and used the game to empower his students.

"My passion is being able to use this game to teach children how to think and to move beyond their conditions, to transcend their environments," he told "Good Morning America."

Bringing chess to the classroom

Thomas-El grew up in the projects of Philadelphia as one of eight siblings with a single mother. It was thanks to the help of great teachers, he said, that he graduated from high school and got his degree at East Stroudsburg University.

"My mother never owned a car, never had a driver's license. My teachers drove me to college and picked me up every year to make sure that I would be able to get to campus," Thomas-El said. "They basically saved my life."

As Thomas-El was looking for innovative ways to teach children math early in his career, he turned to a game from his childhood: chess.

"My older brother taught me how to play chess, but only enough to where I'd never beat him," Thomas-El joked. "I started actually teaching special education students mathematics on the chessboard -- knights move on right angles, bishops move on diagonals. ... I fell in love with the game as a teacher."

MORE: This man went from gang member to Missouri's 2020 teacher of the year

Through chess, Thomas-El saw that his students were learning more than just math -- his class developed confidence, resilience and a new self-esteem.

Girls and the gambit

Thomas-El decided to get more students at his school involved in chess. He provided chess sets and students began playing during breakfast and lunch during school hours. They also opened up the school on Saturdays to give students the chance to play chess, learn and get weekend meals.

Soon, Thomas-El was able to form his own chess team of 40 students and has continued coaching at each of the schools where he has taught over his career. Because some tournaments are all-female, he decided to also create an all-girls travel team that would compete in tournaments across the country. 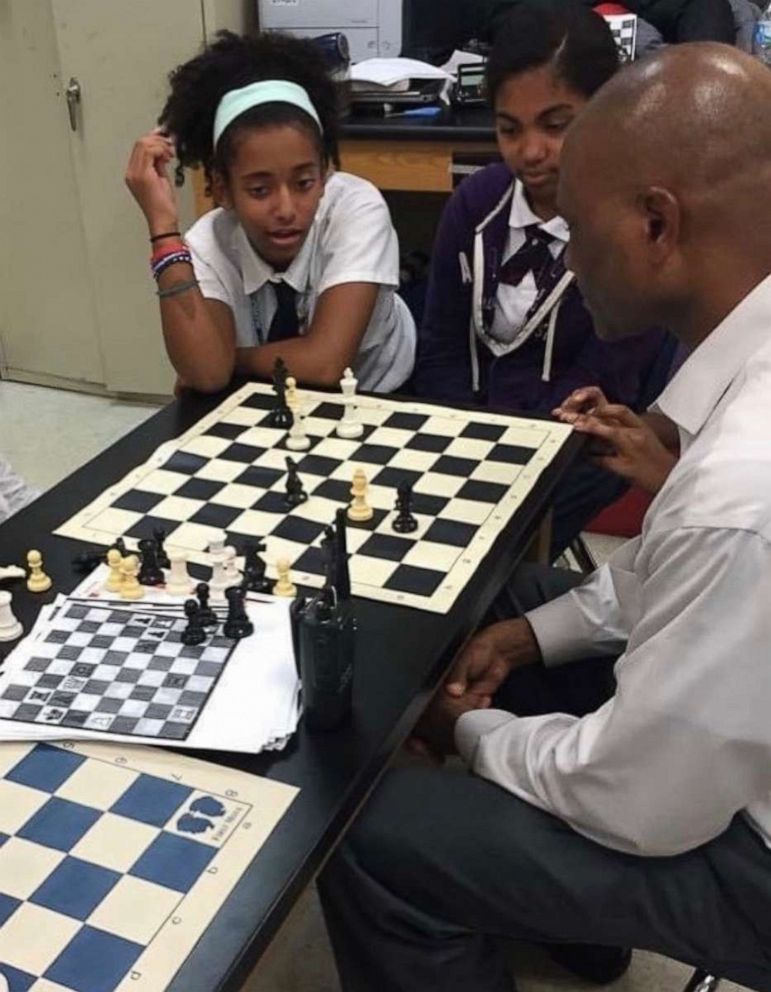 Over his career, Thomas-El's all-girls teams have taken on men twice their age and come out victorious. One of his teams at Thomas Edison Charter School even went three years undefeated.

"There's so many people ... so many men in this world, who just do not want to get women the credit that they deserve for being intelligent, for being strong for being leaders," Thomas-El said. "When these girls learn to play chess, they're able to show ... that intelligence transcends our racial lines [and] all gender lines. They're able to show people they're just as intelligent as anyone as anyone else."

"It's important for Black and Latina girls to learn chess because many times opportunities may not come their way because of either their circumstances or the environments they're in," Thomas-El said.

MORE: Special education teacher explains why she wants to be called 'accessibility specialist'

While Thomas-El said he's proud of his students for their victories and national accolades, he said important lessons also come through defeat.

Thomas-El said his proudest moments as an educator do not come just from watching his students win trophies, but from watching them succeed in life. Many of the girls he's coached in chess have gone on to attend schools like Cornell and the University of Virginia on scholarships, he said. Some of them became teachers themselves and come back to help their community.

"That really makes me proud to be able to to see that because that's the legacy," Thomas-El said. "When you come back and give back, then you're saying to a young person, 'You can be me, because I was once you.' That's how I think we break the cycle of poverty."

In the future, Thomas-El hopes to expand chess's impact on students as a board member of America's Foundation for Chess, which has launched a new chess program for kids in schools called "First Move."

"To see the notoriety of chess down through the success of [the Netflix show] 'Queen's Gambit,' it warms my heart to see that people around the world can see the benefits [of chess]," Thomas-El said. "It's truly a blessing to be able to bless others. And I think that's what chess has been for me."