When Kara Moore, a mom of three, returned to the workforce last year after nine years as a stay-at-home mom, she struggled to find a job.

Moore, 42, who holds a bachelor's degree and spent nearly a decade working in corporate America, eventually took a part-time job with a local school district.

"The job wasn't even a fit, it was just out of necessity that I took it," Moore, of Delta, Pennsylvania, told "Good Morning America," noting that a part-time role worked better for her financially because it meant she did not have to pay for child care.

Around six months into that job, the coronavirus pandemic struck the United States and Moore said her role was eliminated.

While home and unemployed, Moore, a single mom who had at the time recently separated from her husband, signed up to work with Instacart, a grocery delivery service.

Moore says she is now making nearly five times what she did in her school district job. And since she can set her own schedule, she does not have to put her children in daycare.

"If I was working in an office, corporate-style job, I would be paying for daycare and I wouldn't have been able to afford it," she said. "Now I'm home every night with my daughters. I'm able to take them to sports and be home with them for homework. I can take off if my kids are sick." 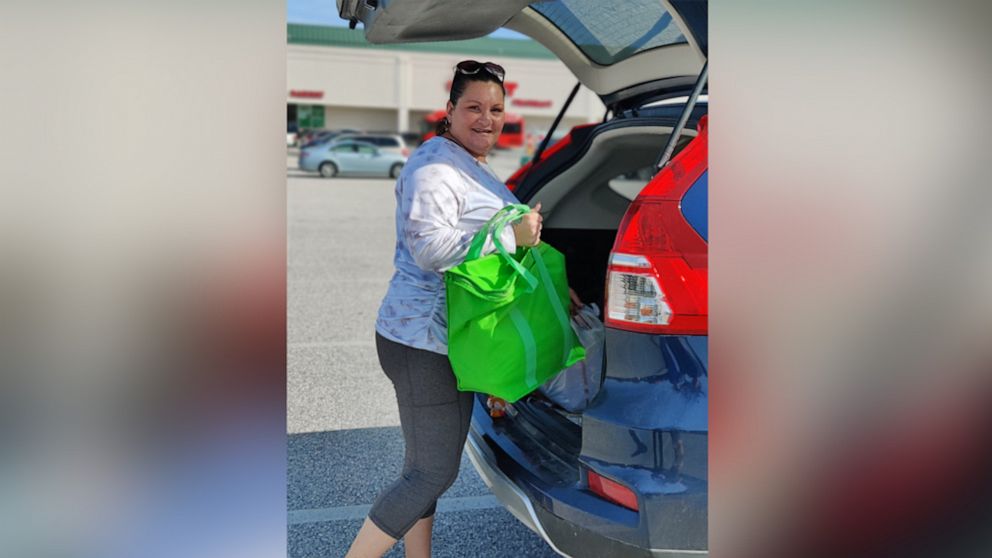 When Moore signed on with Instacart, she joined a growing number of women who have recently jumped into the gig economy, an umbrella term that applies to all people who effectively work as their own bosses, whether on app-based platforms or as entrepreneurs and freelancers.

At Uber, the number of women who earn on the app has increased nearly 80% since the beginning of the year, while the number of men increased by about 40%. On Uber Eats, more than 40% of delivery drivers in the U.S. are female, and that share is growing, a company spokesperson told ABC News.

At Instacart, nearly 70% of its shoppers identify as women, and nearly half say they have children living at home, according to the company.

DoorDash, a technology that connects consumers with their favorite local and national businesses, says 58% of delivery workers on its platform are female and that the flexibility to design their own schedule is a top reason they choose DoorDash.

"In the past year, more women than men are coming to DoorDash to make up for lost income and to cover expenses," said Elizabeth Jarvis-Shean, the company's vice president of communications and policy. "When you think about the pandemic and the disproportionate impact on women, it makes a lot of sense that a flexible schedule that allows them to set their own hours is something that can be appealing."

Since the start of the pandemic, around 3.5 million moms of school-age children have left active work, shifting into paid or unpaid leave, losing their job or exiting the labor market altogether, in many cases because of the demands of caregiving duties according to the U.S. Census Bureau.

"Women are still in a lot of cases predominantly responsible for a lot of care in the home and in families with children," said Isabel Soto, director of labor market policy at the American Action Forum, a policy institute. "The gig economy allows you to make your own hours, set your own rates of pay and own your work in a way that the traditional work structure doesn't allow you to do, so it makes sense that it's attractive to women."

A reflection of what's broken in the labor market

The shift for women into the gig economy is as much about opportunity as it is a reflection of what's broken in the labor market, according to Shelly Steward, director of the Aspen Institute's Future of Work Initiative.

When we're in a crisis of child care and job quality, women will turn to gig work

"When we're in a crisis of child care and job quality -- too many jobs do not pay enough and do not allow basic levels of flexibility -- women will turn to gig work," said Steward. "We do not have enough good jobs that allow people to balance different commitments or that allow flexibility of scheduling. We do not have an adequate system of child care. We do not pay [child] care workers enough and we do not ensure that care is provided to people and families who need it."

Jackie Poole, 50, of Colorado, has for the past three years worked a full-time job and also delivered for DoorDash in order to help cover the costs of caring for her 15- and 12-year-old sons. 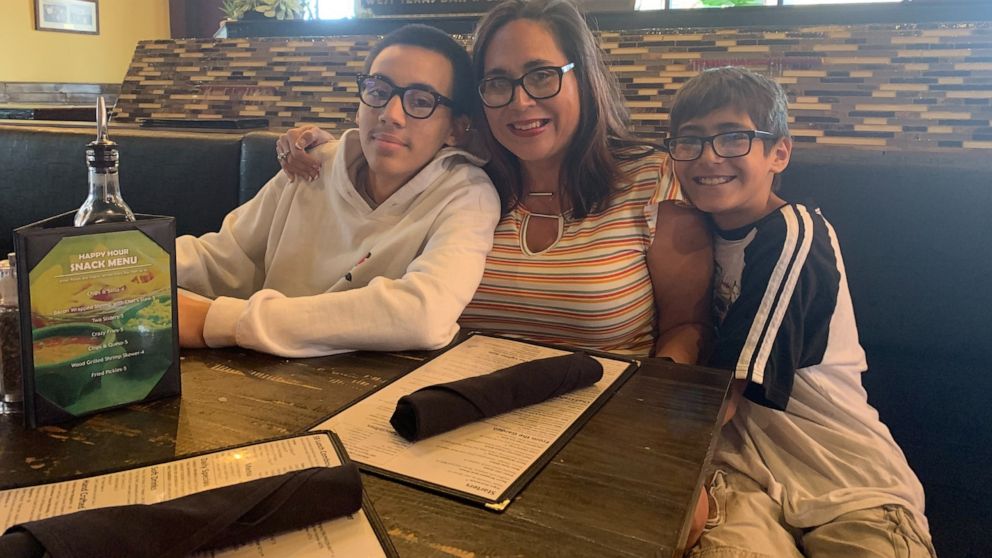 Poole, a single mom, is not alone as the majority of female DoorDash workers use the platform to earn additional income, according to the company.

I get aggravated sometimes that I have to work a second job to make extra income.

"I get aggravated sometimes that I have to work a second job to make extra income," said Poole. "But on the other hand, I am so thankful and grateful to work where you don't have to report to anybody, you can work [the job] on your terms and it can accommodate you." 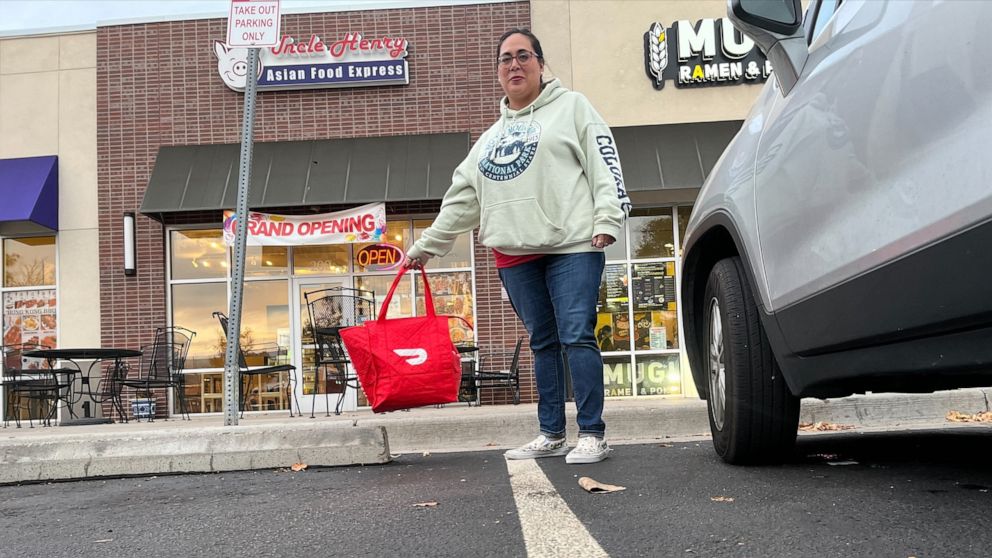 Jackie Poole
Jackie Poole, a mother of two, supplements her income by delivering for DoorDash.

Shari Stephens, a mom of two from Rochester, Michigan, said she would not have been able to support her family during the pandemic had she not restarted her career two years ago as a freelance marketing expert.

Through her freelance work on the online platform Upwork, she is now able to set her own schedule and set her own income, two things she said she struggled with in previous corporate jobs.

Had she been in a corporate job during the pandemic, Stephens said she likely would have had to quit because of the demands of her caregiving duties.

"We would have lost everything," said Stephens. "Because I was working at home and could do homeschool with my kids and still have finances coming in, we didn't have to make some of those tough choices that I know so many mothers had to." 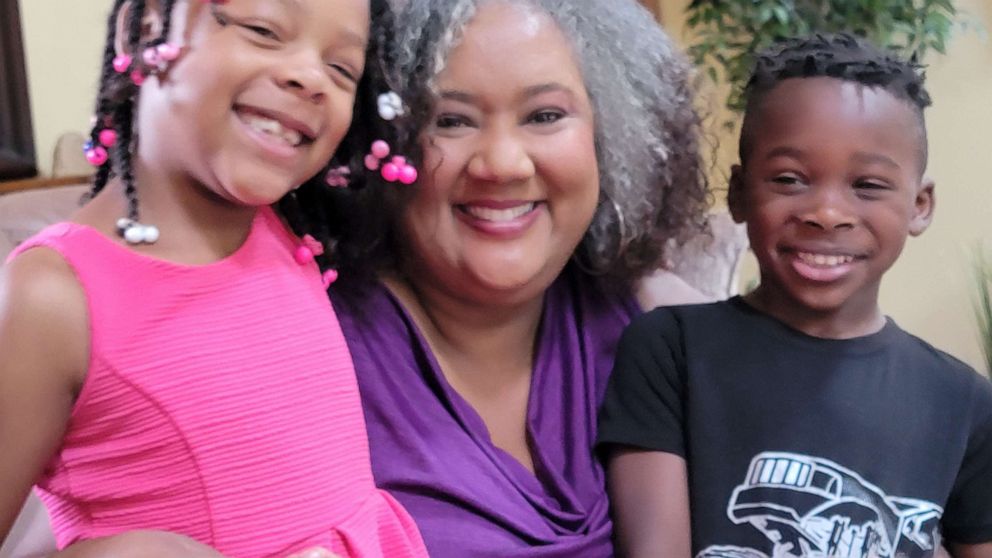 Gig economy not a fix for women, some experts say

Though the gig economy works for many women, some experts, including Steward, say it should not be seen as a cure-all for the ways in which the traditional labor market has historically left women behind.

"It's not a solution to those problems," said Steward, adding that gig work is something women are, "forced into, because there are no other options."

Often, when women step out of the workforce -- to raise kids, for example -- they often return to lower pay and career stagnation, a pay gap known as the "motherhood wage penalty." Some experts worry the same will happen to women choosing the gig economy now because of caregiving demands.

Tiffany Stockton, a mother of two in Kentucky, left the corporate world when she became a mom. When she tried to rejoin the workforce, she said she was not able to find a job that was both well-paying and matched her skill set.

Frustrated, she started as a delivery person for Uber Eats, where 41% of delivery people are female, according to an Uber spokesperson.

"Employers wouldn't hire me for the higher-level positions they had," she said. "It was a big catch-22 and I just kind of threw in the towel and said, 'Fine, I'm going to become an independent contractor and take control of my own work.'" 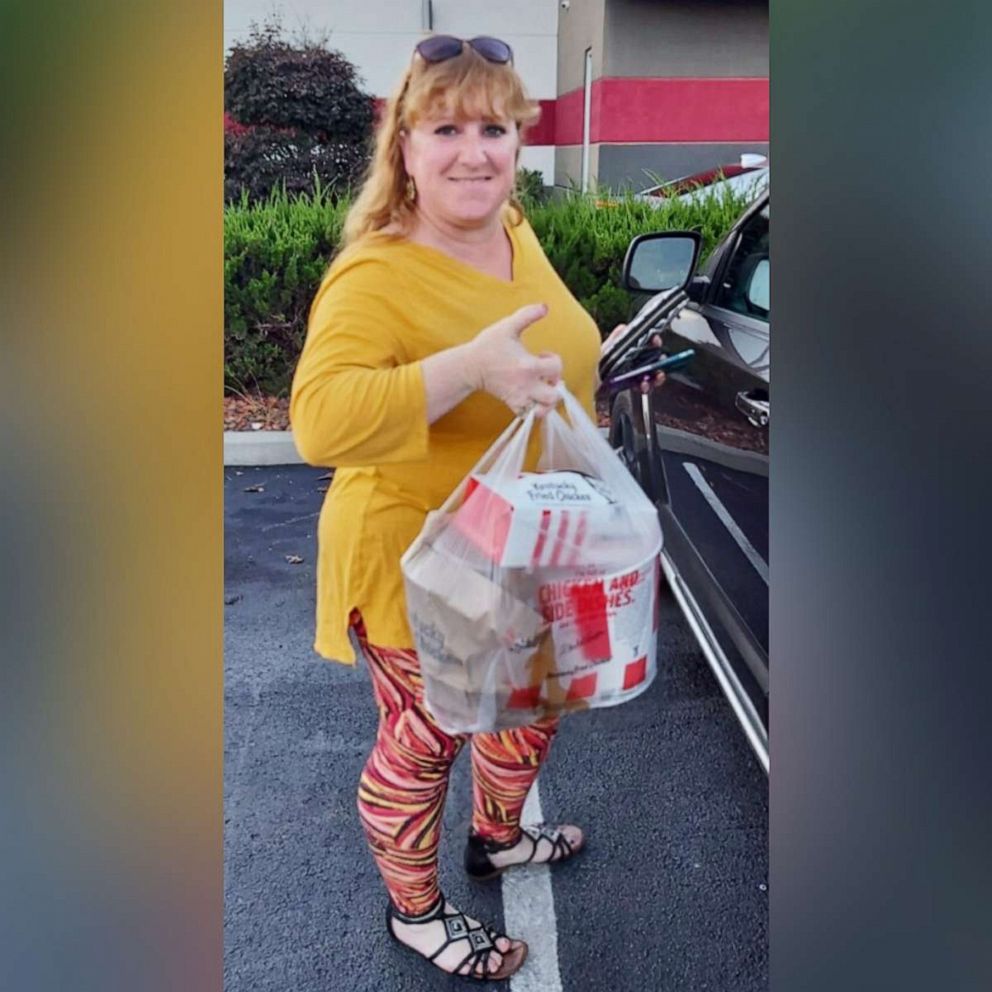 Stockton, whose husband has a full-time, salaried job with benefits, said she enjoys the work, but does think about what is next and the difficulties she may face if she tries again to return to the traditional workforce.

The corporate world really isn't designed for the mom that has kids at home.

"I haven't been in that corporate world for so long I would likely have to start at the bottom again, go through all of the rungs as I climb the ladder again," she said. "And for now, the corporate world really isn't designed for the mom that has kids at home." 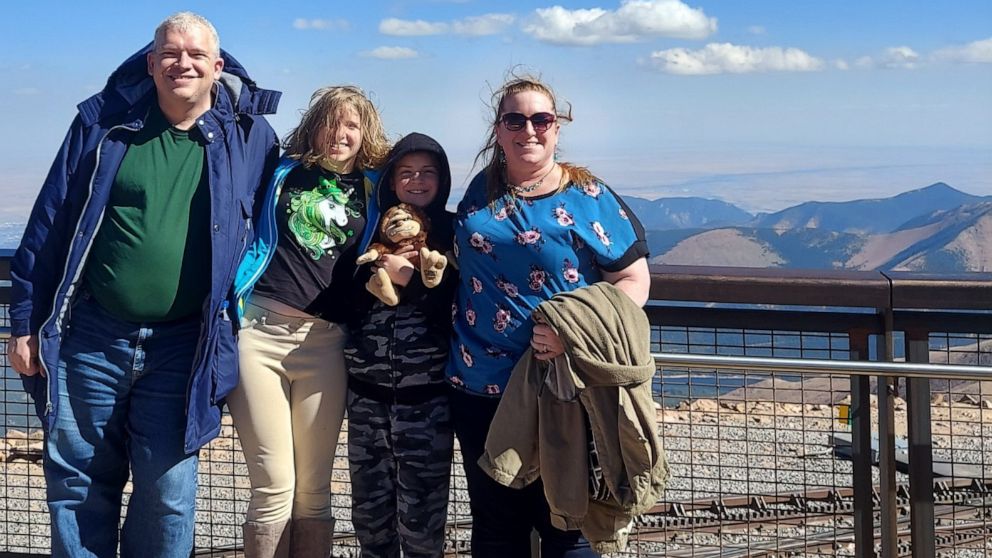 Likewise, Moore said she also worries her job delivering for Instacart does not offer a clear career path or benefits like retirement savings, but for now, it works.

"It's a little bit on the backburner for me," Moore said of planning for her future. "For right now, I don't have to worry about how we're going to get food or whether we can stop for a soft drink on the way home from a doctor's appointment, and those were concerns before."

Many women-focused policy groups, including the AAUW, are calling for more protections for gig workers, from health insurance to retirement savings plans.

Soto, of the American Action Forum, said she predicts that as the gig economy continues to grow, there will be more options that give gig workers more workplace protections, like benefits that are portable, meaning they are tied to the employee and not the employer.

Some companies have started offering some benefit options on their own. Instacart, for example, offers a comprehensive workplace insurance plan for all shoppers, and discounts to other services, like assistance with filing taxes.

The company also employs in-store shoppers that are employees of Instacart with access to benefits like paid sick time and a retirement plan, according to a company spokesperson.

In other cases the benefits a gig worker receives may depend on where they live. In California, for example, state lawmakers sought to require companies that employ drivers through apps to classify them as employees in order to get minimum wage and benefits .A ballot measure, Proposition 22, that passed in November keeps rideshare and related gig workers classified as independent contractors, but the legal battle over that measure continues in court.

Both Uber and DoorDash, which backed Proposition 22, say the majority of their drivers want to stay as independent contractors because of the flexibility and independence it provides, according to the companies.

And in a different approach, Uber has started offering support to its female drivers trying to get back into the workforce. After seeing the spike in women on the app this year, Uber partnered with Dress for Success to give drivers access to the organization’s coaching, networking and professional development services.

Some experts who question the sustainability of the gig economy for women say the onus still should not be on women to have to go outside the traditional labor market to make their careers work.

I would shift the responsibility from working women.

"If we address those problems, then women will not be in a position of needing to find any means of earning a little bit of extra income at the hours that work for them as they balance so many different things in their lives," she said.