Amid the smiling fans seen as cardboard cutouts supporting their favorite baseball team during a crowdless baseball season due to the coronavirus pandemic, one stands out.

The face of Joaquin Oliver, a 17-year-old victim of the 2018 shooting at Marjory Stoneman Douglas High School in Parkland, Florida, has been seen in the crowd at 14 different ballparks this season -- from Oracle Park in San Francisco to Citi Field in New York. 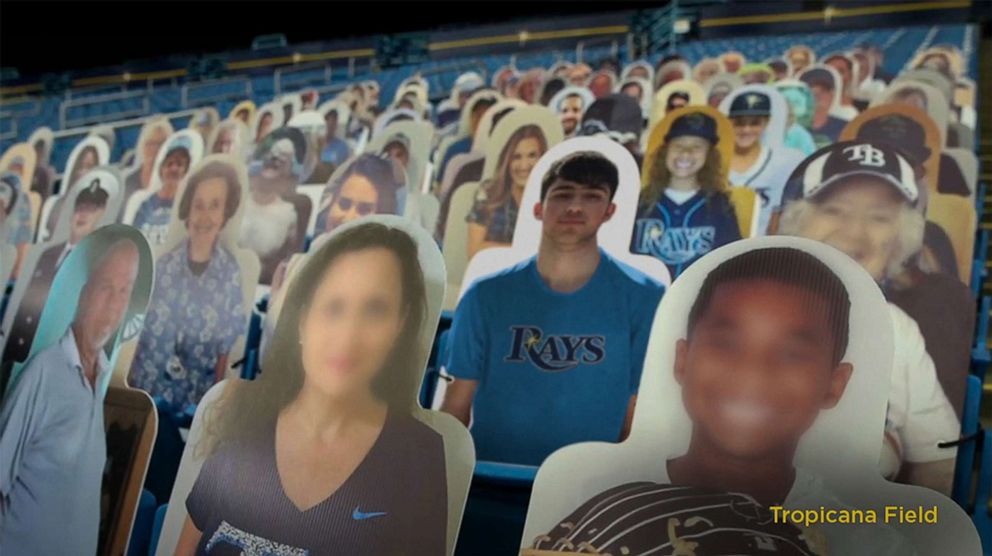 Change the Ref
A carboard cutout of Parkland shooting victim Joaquin Oliver sits in the audience of Tropicana Field in St. Petersburg, Fla., in an undated photo.

The cutouts of Joaquin were placed in baseball stadiums by Change the Ref, the nonprofit organization formed by his parents, Manuel and Patricia Oliver, to raise awareness about mass shootings and bring an end to gun violence.

The MLB initiative is called "83 Strikes and No Outs" because, according to Change the Ref, there have been "83 additional school shootings and zero changes to federal gun laws," since a teen gunman walked into Marjory Stoneman Douglas High School on Feb. 14, 2018, and killed Joaquin and 16 of his fellow students, teachers and coaches.

"I need to let everybody know that this random tragedy that hit our family, it could hit you tomorrow," he said. "I need to go beyond sadness and be strong enough, because I have to, and have this story told that explains how this kid isn’t able to be there anymore watching the games that he loved so much unless he’s printed on a cardboard." 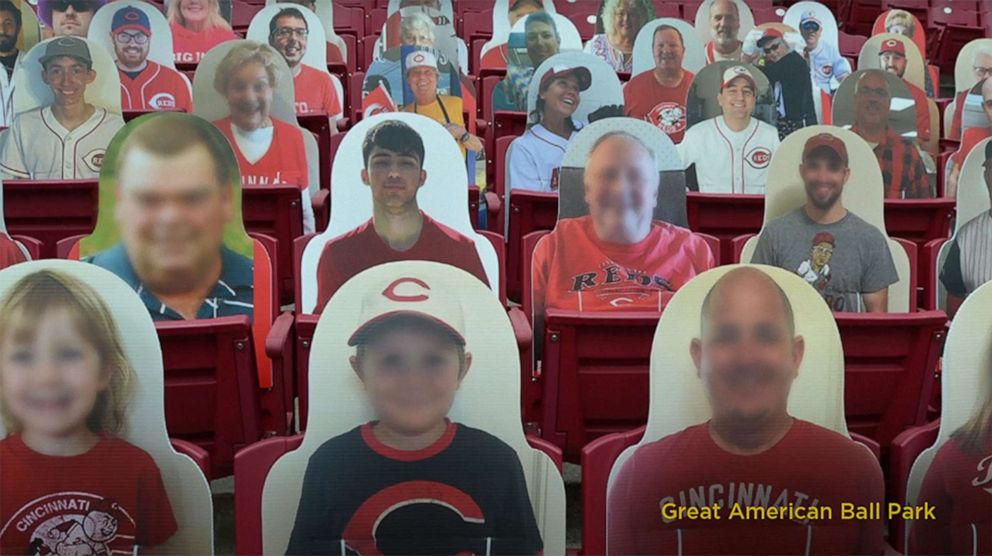 Change the Ref
A cardboard cutout of Parkland shooting victim Joaquin Oliver sits in the audience of Great American Ball Park in Cincinnati, in an undated photo.

Seeing Joaquin's face in baseball stadiums across the country is particularly poignant for Oliver, who always supported his son's passion for baseball despite not playing or following the game himself.

Two years before Joaquin's death, Oliver had started an annual tradition with his son of flying to a U.S. city, renting a car and then driving to all the nearby baseball stadiums. 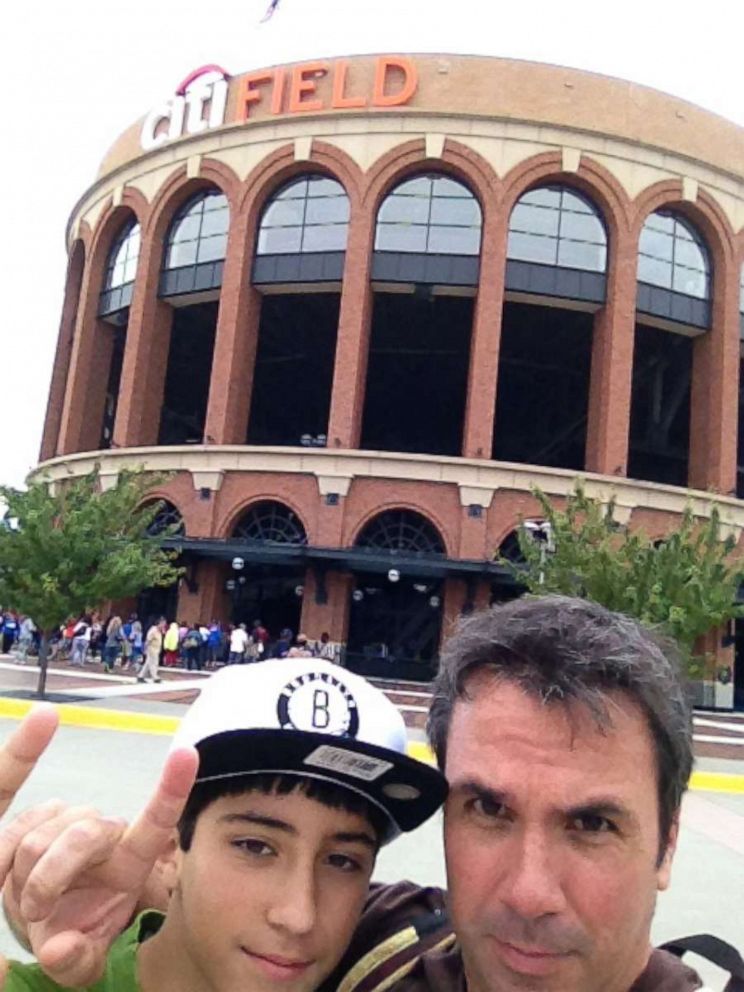 The Oliver Family/Change the Ref
Manny Oliver and his late son Joaquin Oliver pose outside of Citi Field on one of their annual baseball trips.

"Imagine if I hadn’t done that [with Joaquin and baseball]. How would I feel today?," he said. "Every minute that I spent with Joaquin, on the baseball field, in the baseball park, in trainings, it’s one of the most valuable treasures that I hold today."

"You have to fall in love, or at least support, the passion of your kids," added Oliver, an artist who has also painted murals across the country featuring Joaquin 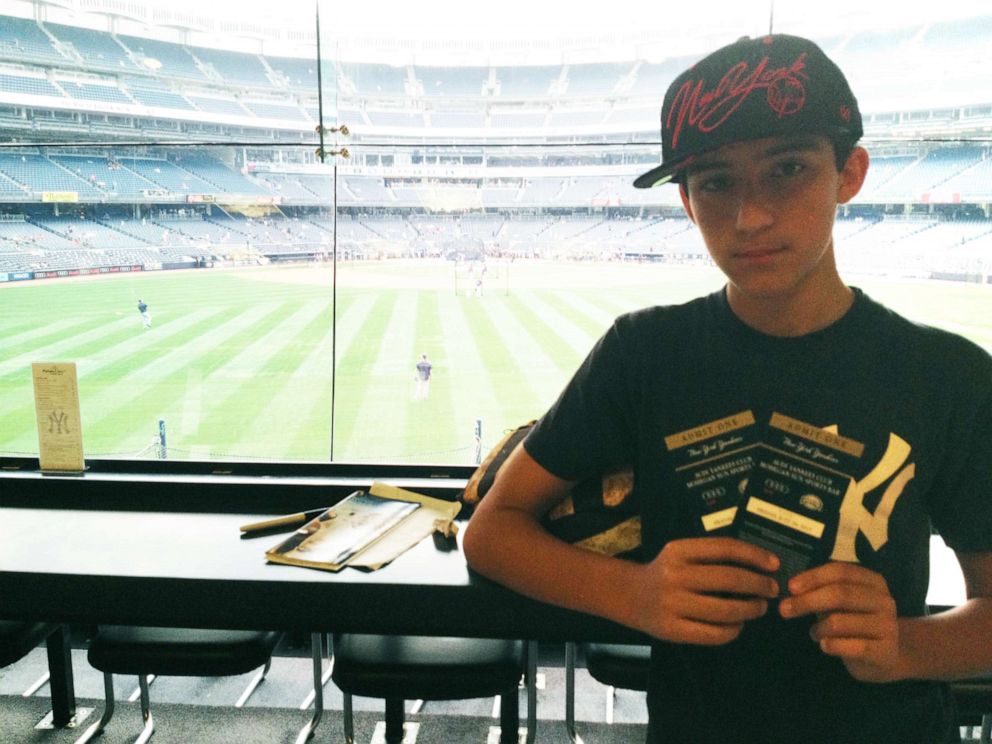 The Oliver Family/Change the Ref
Joaquin Oliver poses at a major league baseball game in this undated family photo.

Oliver said he hopes the sight of Joaquin in the crowds inspires people to take action and join the fight against gun violence, whether it's by voting, educating themselves, joining Change the Ref or even getting to know kids in their community who may be in need of help. 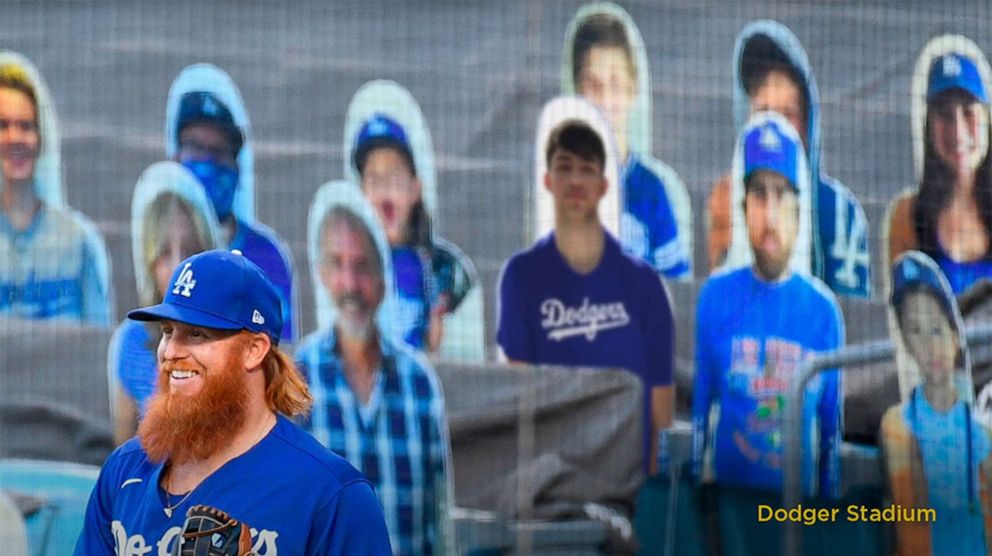 Change the Ref
A cardboard cutout of Parkland shooting victim Joaquin Oliver sits in the audience of Dodger Stadium in Los Angeles in an undated photo. 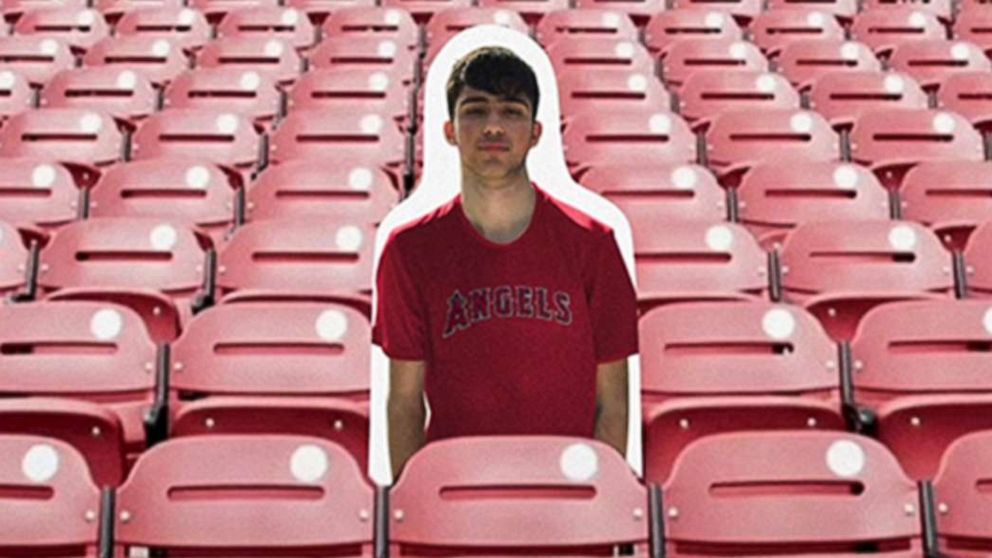 Change the Ref
Cardboard cutouts of Parkland shooting victim Joaquin Oliver are being placed in baseball stadiums across the country to raise awareness of the fight against gun violence.

"My son is not a kid who died and you can visit him every Sunday in the cemetery and that’s it," said Oliver. "No, my son will be a main element in the change that this nation is screaming for, and that makes me feel a little better than just remembering my son as the kid who went to school and never came back home."