"Let's just say it, I am getting older. And what's wrong with that?" Porizkova questions. She later confidently states, "Older is sexy."

Throughout the rest of the campaign video, she's seen as an experienced corporate boss as well as a strong powerful workout enthusiast.

"Sure I'm getting older. And I'm the best I've ever been," Porizkova says toward the end of the film.

In 2021, Laura Geller Beauty made the decision to move forward with exclusively featuring women over 40 in all of its marketing and social media messaging, which falls in line with the brand's dedication toward creating makeup for "real women."

The brand's mission also aligns with Porizkova's viewpoints against anti-aging and celebrating more mature women. "I'm so excited to be a part of a campaign that celebrates US, seasoned women," she said in post alongside the new campaign clip. "Because as you all know, representation of us in the media is still lacking."

"We want to make all women feel beautiful and worthy whether they're 19 or 90," said veteran makeup artist and brand founder Laura Geller. "By casting Paulina, aged 56, the brand continues to offer a refreshing alternative to the status quo." 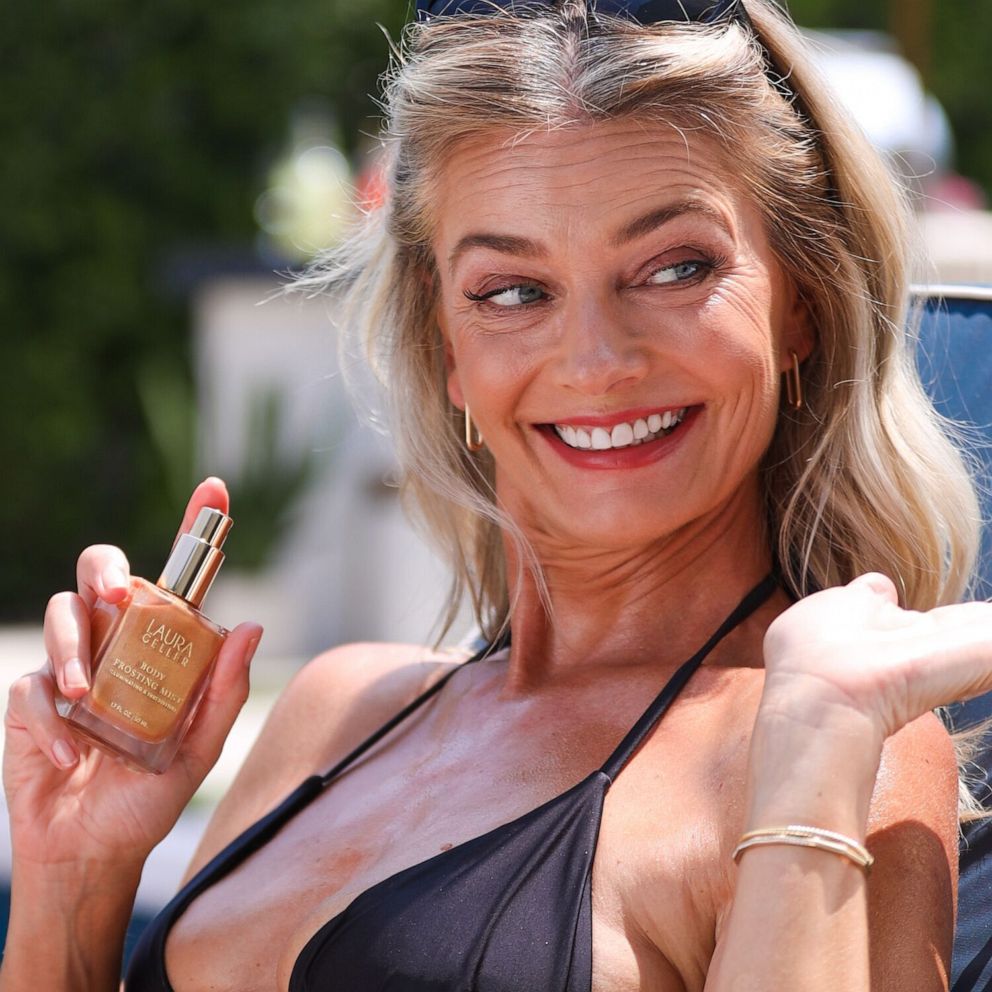 Porizkova jumpstarted her career at 18 by gracing the pages of Sports Illustrated, and in 2019, she returned to the publication sharing empowering messages related to embracing insecurities and changing the way we think about beauty.

Reflecting on her photos at age 54 for SI, she previously told "Good Morning America" that she was very happy with the way she looks, with only minor retouching.

"If I don't have a comparison, if I just look at a picture of myself now like from the Sports Illustrated shoot," the model said, "well, I look good for 54!"

"Looking good at 54 is not the same as just looking good," she added.