In 1974, supermodel Beverly Johnson made history as the first black model to ever appear on the cover of Vogue magazine. The trailblazer thought that moment would create big changes at the time in the fashion industry, but 46 years later, she says it barely made a dent.

“There is no diversity in -- the upper echelon. None -- like at all,” Johnson said in an interview that aired Thursday on "Good Morning America." “We don’t have a seat at the table, we have no representation in the fashion world. On the outside now, you’re seeing, you know, black models and everything. And you think that we’re getting somewhere but basically -- in the financial world of it, in the economics of the business -- we are not participating in it financially.”

Earlier this week, Johnson penned an op-ed in the Washington Post and tackled the issue of systemic racism in the fashion industry.

“Managing racism is one of the things the fashion industry does do well,” Johnson wrote. “Year after year, companies inflict harm against black culture while actively gouging it for inspiration and taking all of the profit.”

“Black culture contributes enormously to the fashion industry,” she added. “But black people are not compensated for it.”

In her op-ed, Johnson notes how she’s advocated for inclusion and equal pay in the fashion industry, only to receive push back.

“I was reprimanded for requesting black photographers, makeup artists and hairstylists for photo shoots,” Johnson said. “Silence on race was then -- and still is -- the cost of admission to the fashion industry’s top echelons.”

While her colleagues also pushed for black representation in the industry, Johnson noted that “the fight for inclusion is still fierce.” 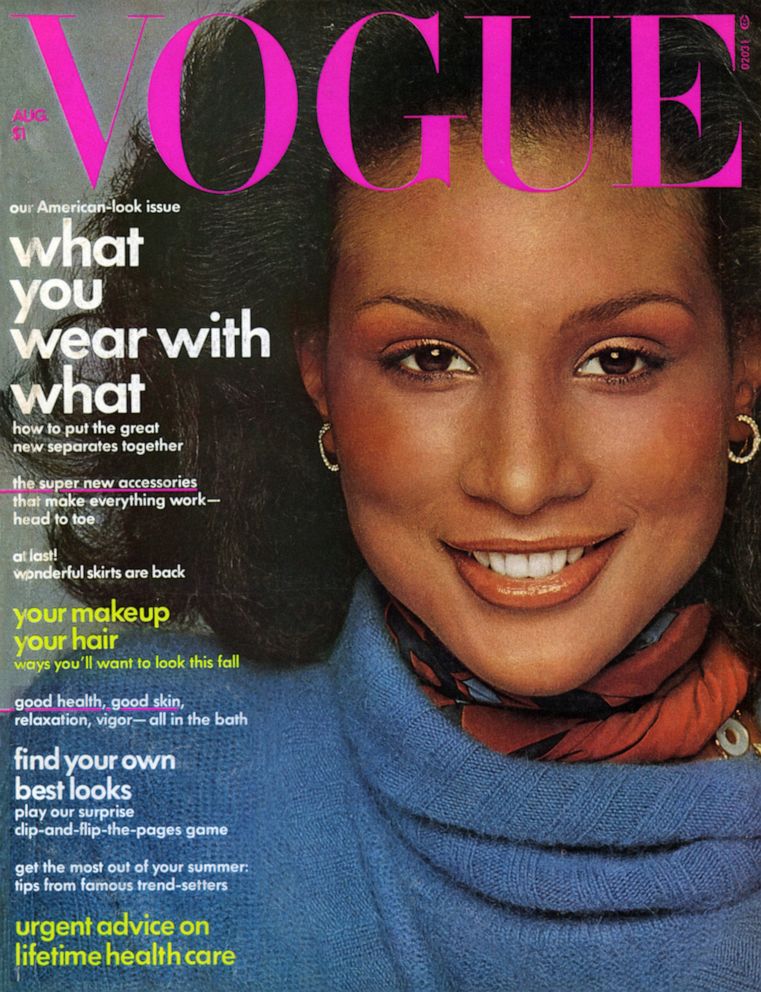 Johnson says part of the issue is a lack of inclusion and diversity in executive positions of fashion powerhouses like Vogue and its parent company, Conde Nast.

In her op-ed, Johnson specifically points out how a person like Anna Wintour, Vogue editor-in-chief and member of the board of directors of Conde Nast, could be a powerful force in the industry to spark change for more diverse talents in fashion.

“She’s the most powerful person in fashion,” said Johnson. “And she wields a lot of power. And you know, I’m looking to her when I did this article, one of the things that I wanted to accomplish was not just -- this is wrong and that’s wrong, I wanted to have a solution.”

Johnson isn’t the only model to speak out and demand change. Last week, model Joan Smalls also spoke out about the lack of diversity in the fashion industry in a video on Instagram.

“I see all the agencies, magazines, brands posting black screens on their Instagram accounts. But what does that really mean?” Smalls asked her 3.5 million followers. “What is the fashion industry actually going to do about it? Is it just another trend? This industry that profits from our black and brown bodies, our culture for constant inspiration, our music and further visuals have tiptoed around the issues.”

Now, to help get diverse voices in executive positions in the fashion industry, Johnson is pushing for the fashion world to implement what she’s calling “The Beverly Johnson Rule.”

“You have to interview two black professionals for each opening,” Johnson explained. “And that can go as far up to the board of directors and all the way down to the editor and photographer. I think that will really let people know that they’re taking action.”

“I think that this is the moment where the door is cracked and we have an opportunity to make our voices heard because people are listening,” added Johnson.

In a statement released June 12, a spokesperson for Conde Nast said, "As a global media company, Conde Nast is dedicated to creating a diverse, inclusive and equitable workplace. We have a zero-tolerance policy toward discrimination and harassment in any forms. Consistent with that, we go to great lengths to ensure that employees are paid fairly, in accordance with their roles and experience, across the entire company. We take the well-being of our employees seriously and prioritize a people-first approach to our culture."

Referring to Wintour, the spokesperson said, "Anna has done much to champion diversity and inclusion throughout her tenure as editor-in-chief of Vogue, from putting Naomi Campbell on the cover of Anna's first September issue in1989 to supporting so many designers of color via the CFDA Vogue Fashion Fund."