Though she never really left, Beyoncé is making a comeback into the spotlight in a big way.

The music icon, who revealed her upcoming project titled "RENAISSANCE" on Thursday, is also the cover star for British Vogue's July 2022 issue.

The award-winning singer is featured on horseback against a rouge red background, wearing an extraordinary Harris Reed headpiece and a fitted black Alaïa dress. The cover line reads simply "Beyoncé turns up the heat."

The publication debuted the cover on Instagram Thursday along with the caption, "@Beyonce is poised for her next evolution, one that promises vision, grace -- and something a little bit extra." 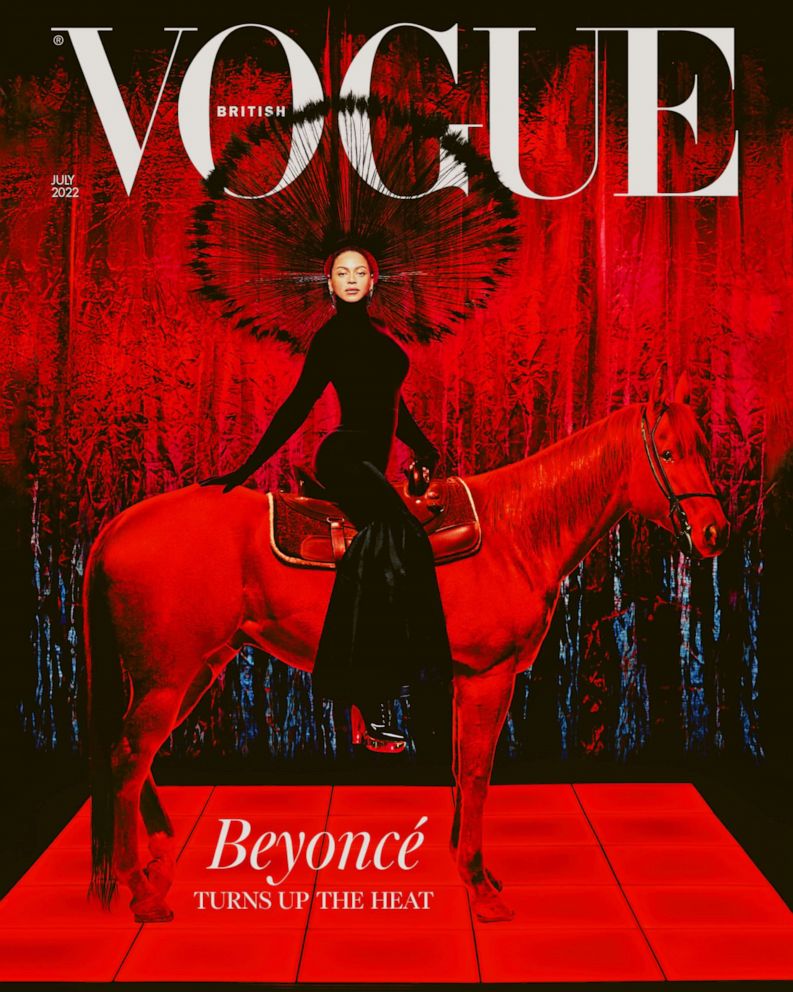 Photographed by Rafael Pavarotti, Beyoncé also appears in a photo spread inside the issue, donning several over-the-top ensembles, including a sky-high feather headpiece by Harris Reed & Vivienne Lake, and a deep black patchwork leather coat by Junya Watanabe. The singer helped brainstorm the inspiration behind the shoot itself, described by British Vogue editor in chief Edward Enninful as "fashion fantasia spun from the tropes of club life during the last century's final quarter."

"[On set] it was a magical mood and soon B was walking around feeling easy and free to be herself," Enninful wrote in the accompanying cover story. "Her husband and kids came to surprise her on set. It was a family day out -- albeit a slightly surreal one." 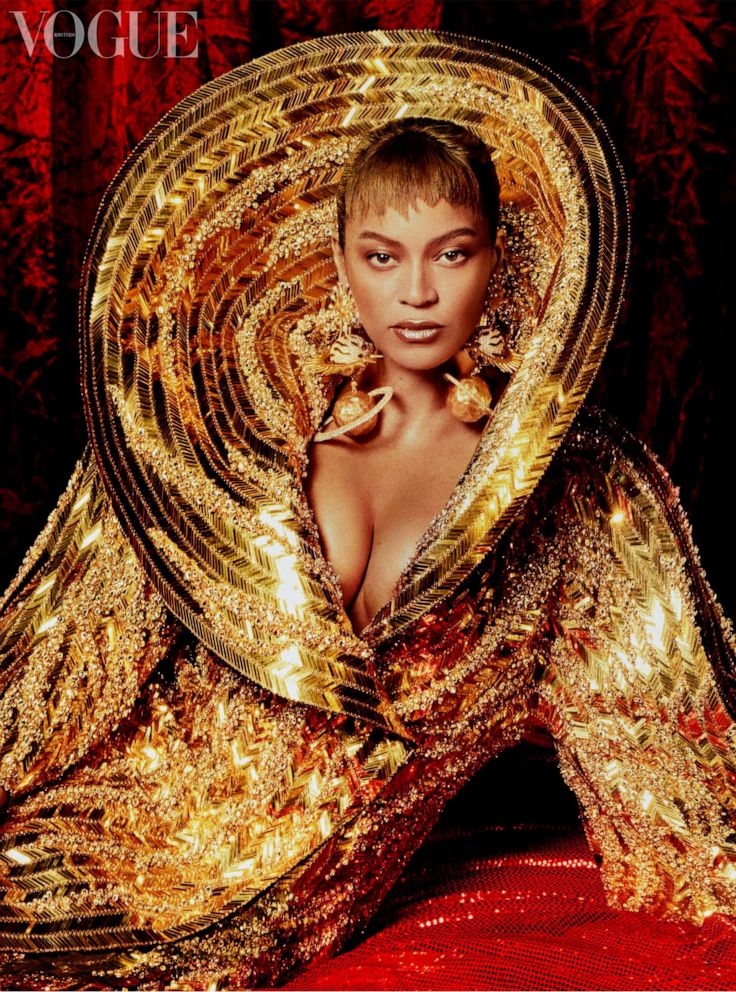 British Vogue also got an early listen of Beyoncé new album, which drops July 29. According to Enniful, the album features the singer's famed "soaring vocals and fierce beats" and "music that makes you rise, that turns your mind to cultures and subcultures, to our people past and present, music that will unite so many on the dance floor, music that touches your soul."

As for the recording process, the editor in chief writes that it has "been a long process" for the artist, "with the pandemic giving her far longer to spend thinking and rethinking every decision."

"Just the way she likes it," he writes.