After Jennifer Lopez wore her statement-making Versace dress for the 42nd annual Grammy Awards in 2000, it became one of her most popular fashion looks of all time.

J.Lo's dress was a green jungle-inspired dress from the late designer that included a deep-V plunging neckline and sheer material to show off her fit physique.

Her look was so fascinating and influential that the multi-hyphenate entertainer claims it played a part in the birth of Google Images.

(MORE: Ciara goes makeup free and empowers fans to show off their #BeautyMarks) 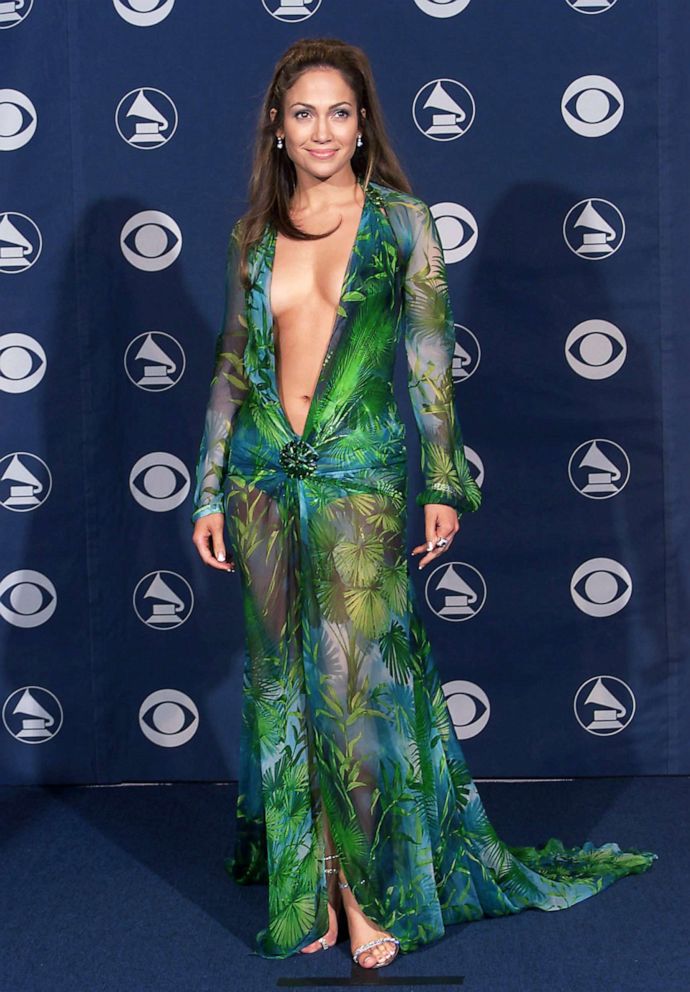 In a video posted on Lopez's YouTube channel, she reminisces about the night she wore the iconic Versace dress, and she says, "And then years later I found out that because of that night and because of that dress, Google Images was actually created."

Google's CEO, Eric Schmidt wrote in a 2015 essay for Project Syndicate, "At the time, it was the most popular search query we had ever seen. But we had no surefire way of getting users exactly what they wanted: J­Lo wearing that dress. Google Image Search was born."

A Google spokesperson also confirmed with "Good Morning America" that Lopez did indeed play an important role in the creation of the product.

"On February 24, 2000, the day after the Grammy’s, Google saw one of the most popular queries it had ever seen -- searches for Jennifer Lopez’s Green Dress," the company wrote in a statement. "If you looked at the search results for the query on that day, you could see that we weren’t delivering what people were asking for."

"We realized that we needed to do better. So the day after the Grammy’s, we started work on a new type of visual search engine that put images front and center; Google Images," the company said. "In that way, Jennifer Lopez played an important role in the launch of one of our most popular products."

In J.Lo's video, she continued expressing how shocked she was to hear how her famous dress sparked Google Image Search. She also jokingly said, "I'm just wondering, where's my check?"

On Twitter, Google had a pleasant response for Lopez that came in the form of a photo of business card that included her name along with the title "Chief Inspiration Officer, Google Images."

Where should we have these sent? 🌿 pic.twitter.com/mZvrQXIw3m

At the end of the video clip, Lopez paid a tearful tribute to one of Versace's designers, Luigi Massi, who worked closely with her through the years. He died at the beginning of April and had been in the process of creating a look for her to wear to this year's Met Gala.

"You made me feel so beautiful, so many times, so perfect, everything," Lopez said about Massi. "Your attention to detail, your talent, and your love will never be forgotten."