Ye, formerly known as Kanye West, is doubling down on his controversial "White Lives Matter" T-shirts.

The controversial shirts were first seen at the rapper's surprise Yeezy Season 9 show in Paris earlier this week. The black and white designs included the slogan "White Lives Matter" on the back of the T-shirts. In addition to models wearing it during the show, Ye was also photographed Monday wearing the shirt alongside conservative political commentator Candace Owens.

The phrase has been described by the Anti-Defamation League and Southern Poverty Law Center as a white supremacist hate slogan that originated in 2015 as a racist response to the civil rights movement Black Lives Matter. The groups note that the phrase has been commonly used by white supremacist groups such as Aryan Renaissance Society and the Ku Klux Klan on everything from promotional materials to campaigns.

Kanye West decision to wear a "White Lives Matter" shirt is disgusting, dangerous, and irresponsible. Some of y'all will rush to defend him. You should ask yourselves why… pic.twitter.com/YT4a6c9tKI

On Wednesday, in an Instagram post showing the black long-sleeve version of the top, the Yeezy founder wrote, "Here's my latest response when people ask me why I made a tee that says white lives matter… THEY DO."

In a subsequent post, the "Donda" rapper said that everyone's interest in his shirt took away from other shows during Paris Fashion Week.

"My tee s*** on everybody's showssss. Nothing happened but my t-shirt… To the Arnaults that hire anybody that worked for me remember my one t-shirt took allllll the attention," he wrote, referring to the wealthy Arnault family, which runs the luxury goods company LVMH, subsidiaries of which include brands such as Christian Dior, Louis Vuitton, Fendi, Bulgari, Dom Pérignon, Tiffany & Co. and Moët & Chandon. 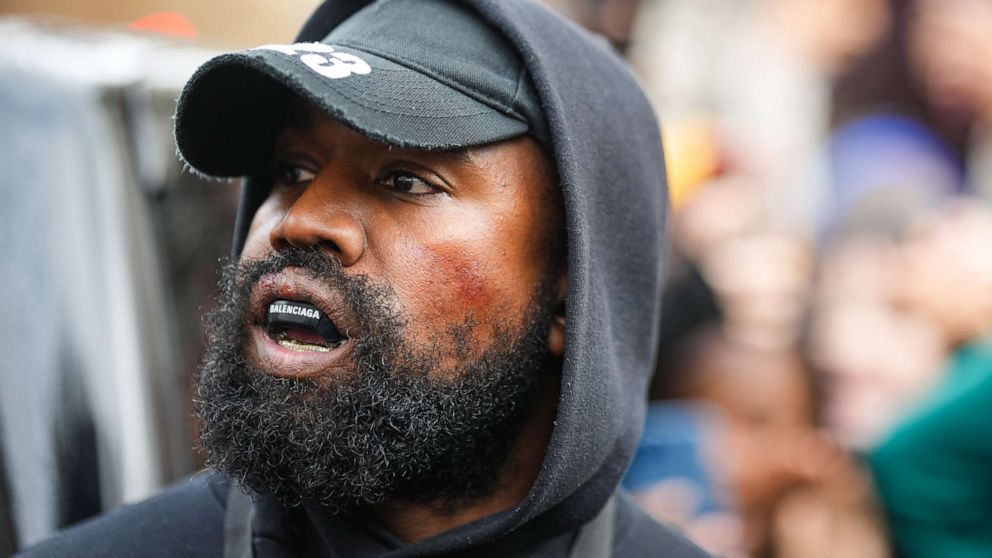 Following the reveal of West's "White Lives Matter" T-shirt on Monday, several celebrities, fashion industry writers and other notables spoke out against the statement-making garment.

Vogue editor Gabriella Karefa-Johnson shared a series of Instagram stories sharing her disgust with the show calling it "hugely irresponsible." She also said, "It didn't land and it was deeply offensive, violent, and dangerous."

Ye promptly responded to Karefa-Johnson's criticism by posting several images of the editor on his Instagram feed, which have since been deleted, insulting her style. "This is not a fashion person You speak on Ye Ima speak on you Ask Trevor Noah," the rapper wrote.

Model Gigi Hadid was also among those who called out the "Gold Digger" rapper on his commentary, writing in a since-deleted comment, "You wish u had a percentage of her intellect. You have no idea haha."

"If there's actually a point to any of your s***. She might be the only person that could save u," she continued. "As if the 'honor' of being invited to your show should keep someone from giving their opinion? Lol. You're a bully and a joke."

I Don't Care Who's It Is If I Don't Feel The Message I'm Out.

Rapper and actor Jaden Smith, the son of Will Smith and Jada Pinkett Smith, attended the Yeezy show on Monday, but said on Twitter that he left before it concluded, writing in a series of tweets, "I Had to Dip Lol," and "I Don't Care Who's It Is If I Don't Feel The Message I'm Out."

Smith also tweeted the phrase "Black Lives Matter," in response to the controversy. The post has since garnered more than 246,000 likes and tens of thousands of retweets.