Melissa McCarthy reportedly used a trendy product to stay comfortable when she walked the Oscars red carpet in a black and white pantsuit topped with a cape.

Entertainment outlets are reporting the best actress nominee for "Can You Ever Forgive Me?" used CBD oil before Sunday night's show in order to help prevent pain from walking in high heels. 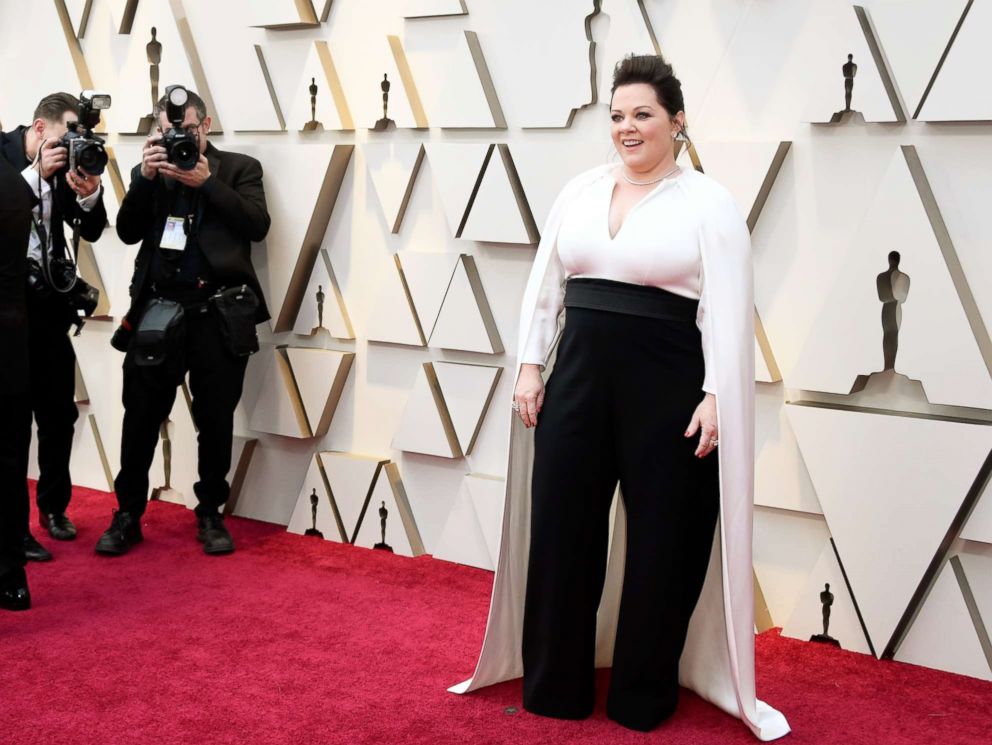 McCarthy, who changed into a tracksuit and sneakers for the Vanity Fair Oscars after-party, is not the only Hollywood star reportedly turning to CBD, which is short for cannabidiol, a non-hallucinogenic compound that's extracted from marijuana. 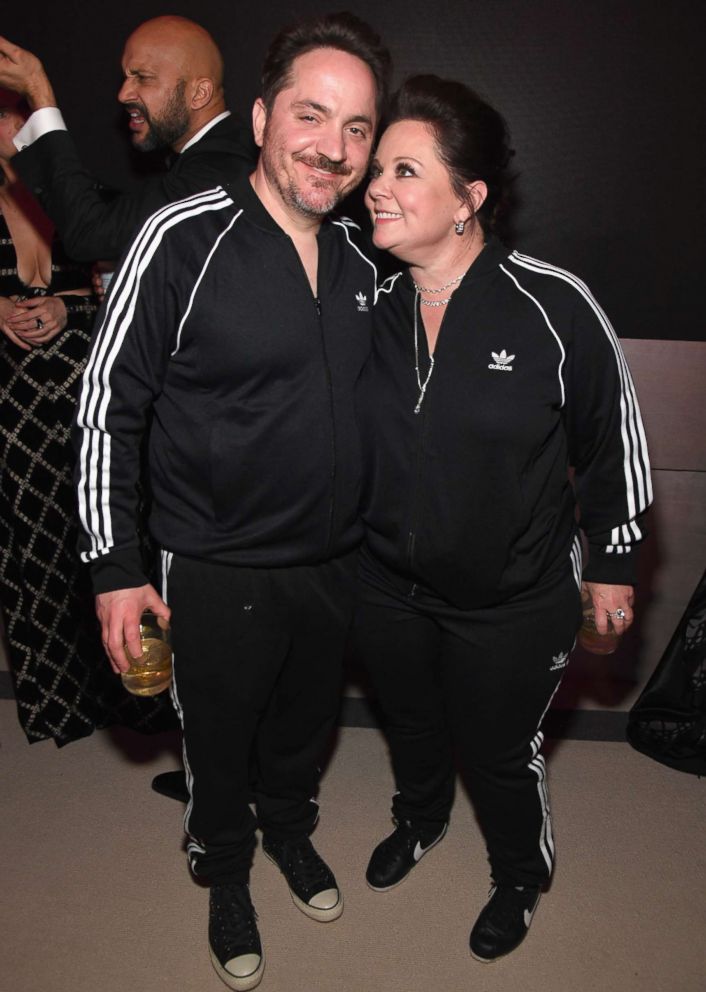 The Hollywood Reporter (THR) reported before the Oscars that CBD products like body lotion, body oil and gumdrops were being stocked in beauty bags this awards season.

So what is the treatment that has hit Hollywood? Here is what you need to know about CBD.

CBD is one chemical compound found in the Cannabis sativa plant — both marijuana and hemp. CBD differs from THC (tetrahydrocannabinol) because it doesn’t cause the intoxicating, euphoric “high” associated with marijuana.

Many CBD products are sold as oils or balms, but they are also available in lotions, facial serums, lozenges or as part of cocktails. Although manufacturers claim there is an appropriate dose for the products they make, that is up for debate. The nutrition and supplement business, in general, is highly unregulated, meaning that there are no federal guidelines for appropriate doses of CBD, even in states where marijuana is legalized for medical or recreational use.

Though there are claims of CBD's health benefits wherever you go, the science isn’t quite there yet and most of the research that has suggested any benefits was done on animals.

This is because legally researching marijuana is difficult. Marijuana is classified as a schedule I controlled substance by the Drug Enforcement Administration, defined as having “no accepted medical use and a high potential for abuse.” This makes it hard for research institutions to receive federal grants or find the actual drug for research.

Still, there's a lot of anecdotal evidence. Charlotte Figi, a young girl with a seizure disorder called Dravet syndrome, which can be difficult to control with typical medications, has benefited from using CBD extract. When her family added CBD to her normal antiepileptic drug regimen, the number of seizures she would have dropped from a few dozen per day to two to three per month, allowing her to live a normal childhood.

In June 2018, the FDA approved a CBD-containing seizure medication called Epidiolex, which can be used for the uncontrollable seizures caused by diseases such as Dravet Syndrome.

In skin care, CBD has been reported to treat itchiness, acne and allergic dermatitis — a skin reaction to allergies. While the mechanisms here are also unknown, scientists think it may be due to cannabinoid receptors in the skin, which, when activated, work to reduce inflammation.

Both the benefits and risks of CBD lack substantiated research.

As with any supplement, there is always a risk for an unintended drug interaction. A small number of studies on animals indicate that CBD could potentially affect cell health and the breakdown of drugs in the liver. In humans, a study that investigated CBD’s effect on seizures noted side effects including diarrhea, vomiting, fatigue and increased sleepiness.

Groups like the American Academy of Dermatology also advise that people interested in using CBD oil do their homework first to ensure it comes from a reputable source.

Not Exactly. Marijuana is still a schedule I substance, and that includes CBD.

The issue of legality comes down to how the CBD is obtained. The THC portions of the cannabis plant include the flowering tops (the buds), the leaves and the resin of the plant. The remainder — the stalks and sterilized seeds — is where most CBD comes from. However, producers can also obtain it from the THC portions, in which case they might yield a mixture of THC and CBD.

“If the product does cause THC to enter the human body and/or contains greater than 0.3 percent of THC, it is an illegal substance that may not be manufactured, sold or consumed in the United States," Katherine Pfaff, a spokesperson for the DEA, told ABC News in December. "If, however, the product does not cause THC to enter the human body and contains less than 0.3 percent THC, it is a non-controlled substance that may lawfully be sold.”

The National Institutes of Health lists over 150 studies involving CBD as a treatment for various diseases. The World Health Organization concluded in 2017 that CBD is not harmful. And in the sports world, the World Anti-Doping Agency removed it from its prohibited substances list.

To top this off, CBD is widely available online as well as in countless bars and coffee shops nationwide. This legal ambiguity undoubtedly confuses consumers, and it won’t change until further research trickles in and guidelines for manufacturing and use are set on a federal level.