Students at Amsterdam High School in New York got a mental boost when they arrived back at school Monday after a week-long break.

On each of the 1,200 students' lockers was an inspirational message handwritten on a colorful Post-it note.

"The first thing I noticed was all of the colors and then I started reading them and saw they were all these positive messages and it was really, really nice," Emma Kelly, a 17-year-old senior, told "Good Morning America." "We just got back from break and it’s pretty stressful and everything is starting up again." 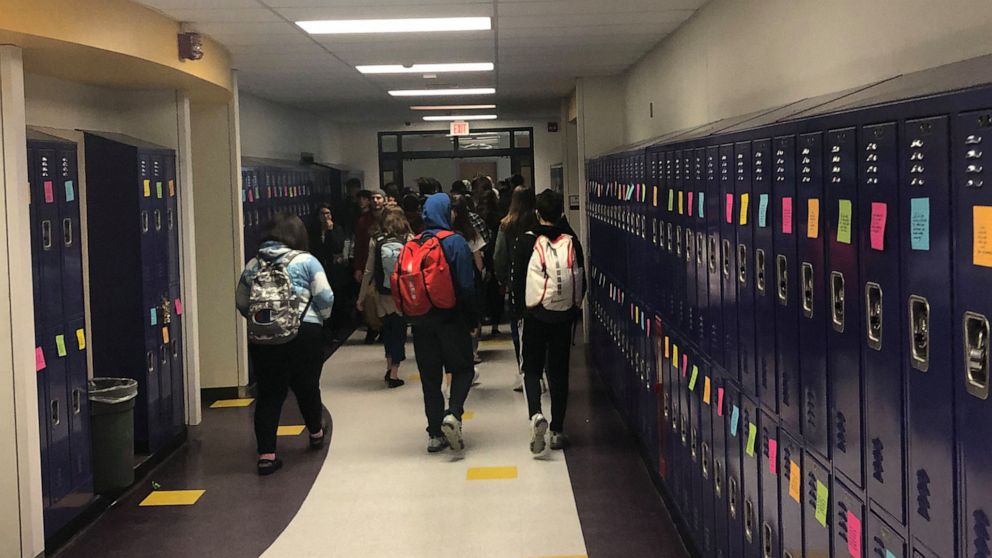 "Being that overwhelmed and coming into school and seeing all these notes, it’s very helpful," she said. "You could be having a bad day and just walking by and seeing a note can help."

The inspirational notes were the brainchild of Lori Stachnik, whose 15-year-old son is a sophomore at Amsterdam High School.

Stachnik said she saw a news story a few years ago about a teenage girl who left inspirational notes for her classmates and had always wanted to do something similar locally. She was inspired to do it at her son's high school after hearing the conversations her son and his friends have had when she drove them to and from track team practices.

"I just feel like the kids go through so much with bullying and all the pressure they have," she said. "They deal with a lot and you never know what somebody is going through."

Stachnik purchased dozens of packets of Post-it notes and then began the difficult task of finding hundreds of quotes to use.

"I looked on Pinterest and was Googling motivating quotes, quotes for teens, quotes for success, inspiring quotes," she said. "I really tried to find things that would talk to teens, something that would resonate with them." 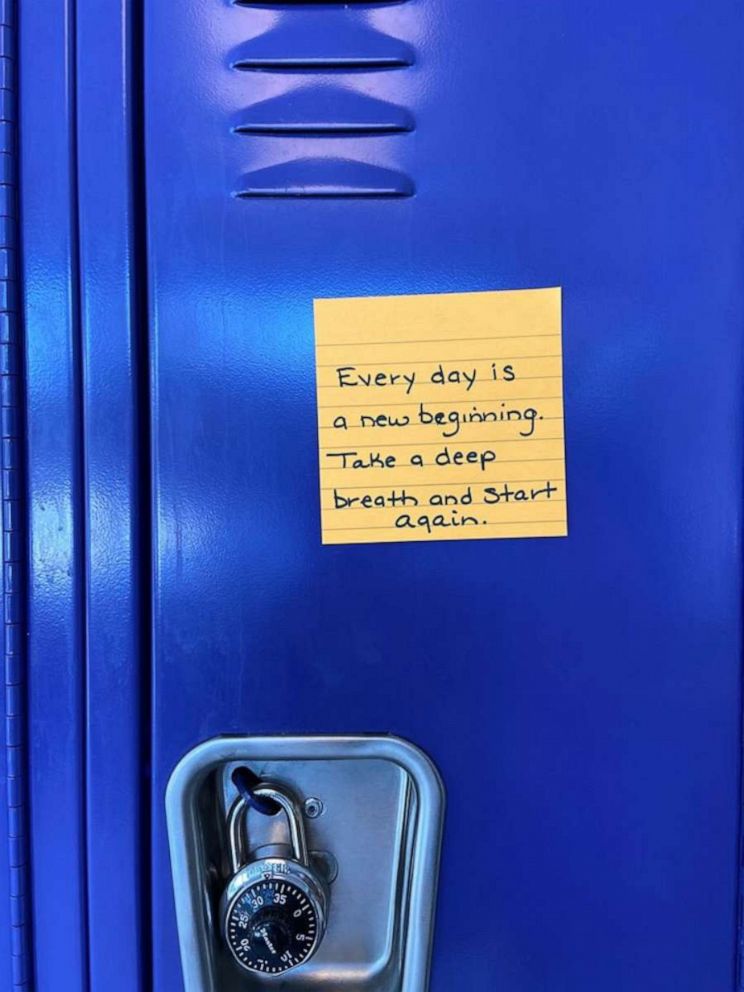 Stachnik also did not want the notes to be photocopied so she spent seven days handwriting all 1,200 notes. Last Friday, she and a school administrator placed the notes on the lockers.

"We really envisioned that this was going to be an anonymous thing," she said. "I thought hopefully it might impact one or two kids, maybe change the way they were thinking that day."

MORE: 99-year-old presented with his high school diploma on his birthday

The school district shared photos of the notes on the lockers Monday, drawing dozens of comments.

Stachnik said she hopes there is a "snowball" effect from the post, where people are inspired to do something nice for students in their own communities.

"Maybe somebody else will pick up the ball and do something else," she said. "That would be great if that could happen." 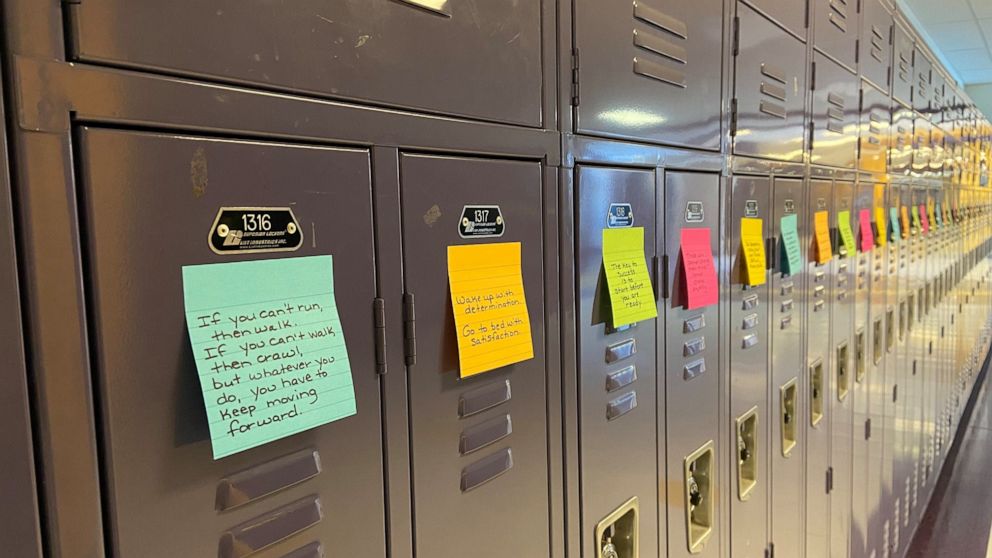 Kelly has saved her quote -- which read "just because your path is different doesn’t mean you are lost" -- in her backpack so she can continue to look at it for inspiration.

"Other friends have taken them home and are reading them in the morning for positivity," she said. "Everyone’s been talking about how nice it was."