Joan MacDonald went from struggling to walk up stairs to being a fitness influencer on Instagram with more than 1 million followers -- and she did it while in her 70s.

Her transformation journey began five years ago, when she said she was fatigued, suffering from painful arthritis and struggling to be active, including walking up a flight of stairs.

Joan MacDonald's breaking point, she said, came when she was told by a doctor that her blood pressure was rising and she would need to again increase her medication.

Her daughter, Michelle MacDonald, a fitness coach, was visiting her at the time and challenged her to make changes to her diet and exercise to improve her quality of life.

"When Michelle gave me that ultimatum to do something about my life, I figured it's now or never," Joan MacDonald said. "I was sick and tired of being sick and tired. It was existing, not living."

In January 2017, just a few weeks before her 71st birthday, Joan MacDonald flew from her home in Canada to Tulum, Mexico, where Michelle MacDonald and her husband own a gym.

She began to follow a diet program laid out by her daughter that was focused on making sure she got enough macronutrients -- fats, carbohydrates and proteins -- in five meals per day, rather than sporadically snacking like she had done before.

Joan MacDonald also began to workout in the gym for the first time with Michelle MacDonald, founder of The Wonder Woman, a strength and bodybuilding coaching program. 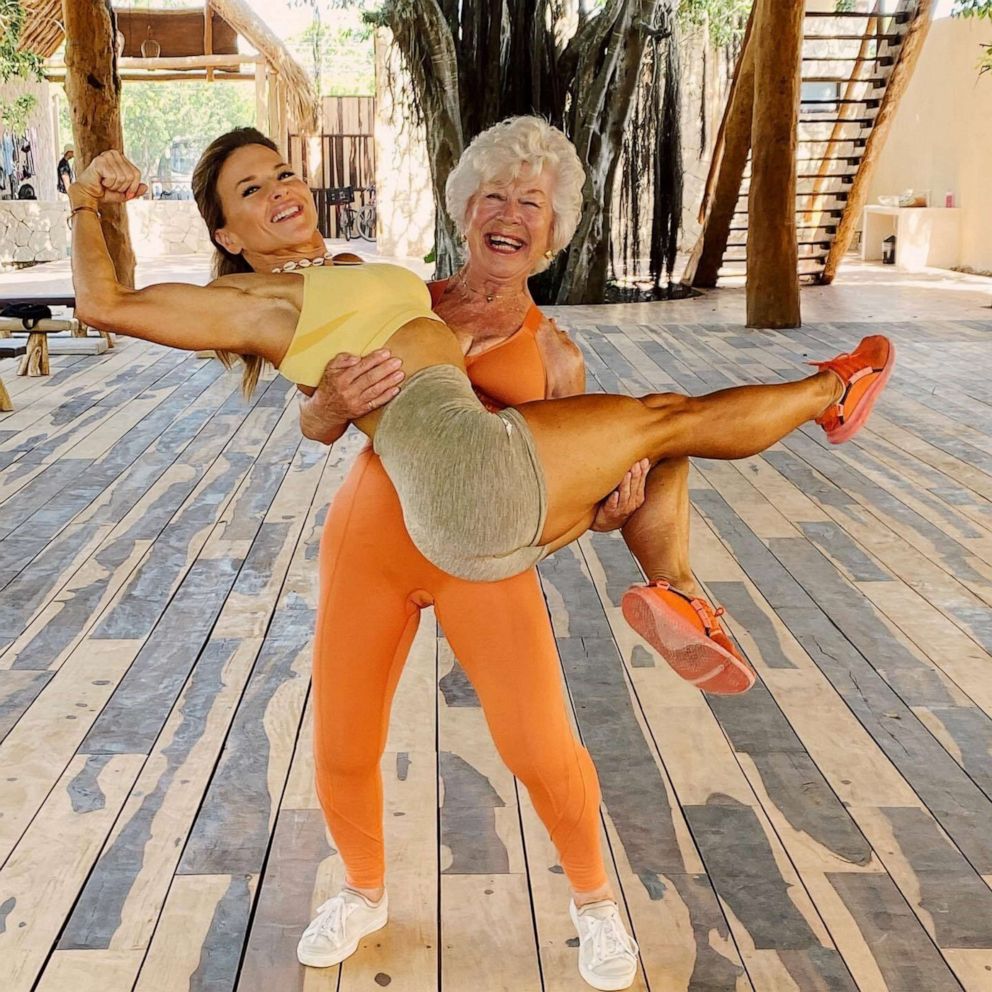 "It was tough in the beginning," Michelle MacDonald said. "People don't realize that [my mom] was there in the trenches, trying to figure it all out and getting frustrated."

According to Joan MacDonald, her motivation to continue came from how much better she started to feel very quickly.

She said she lost around 10 pounds in the first month of training, and in just a few months she was able to reduce her medications by half. 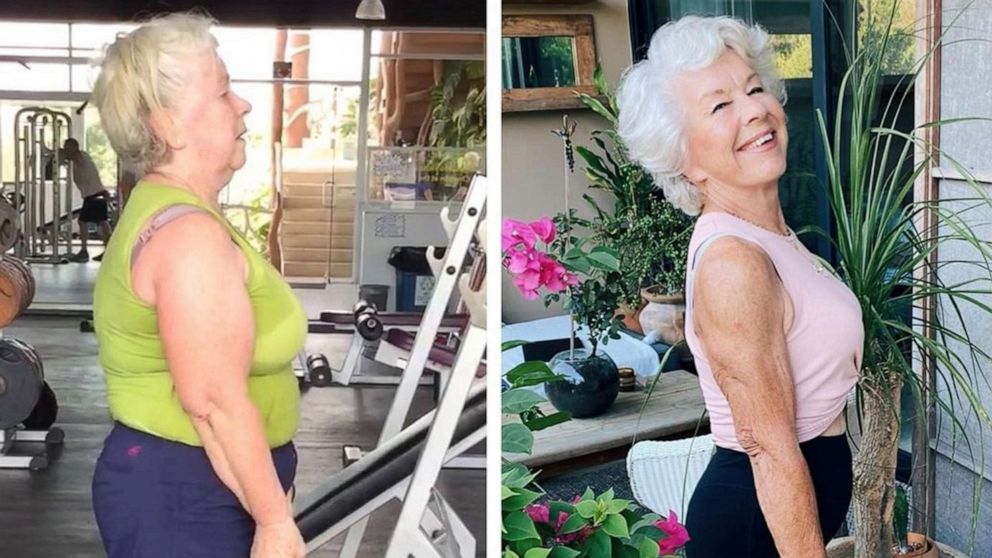 @TrainWithJoan/Instagram
Joan MacDonald, who has lost over 60 pounds and become a health and wellness influencer on social media is pictured in an undated instagram side by side post.

Once she returned to Canada, Joan MacDonald continued with her wellness journey by tracking her food on a macronutrient-focused app and by continuing her workouts.

"I go to the gym five days a week," she said, noting two of those days are cardio-focused workouts. "I like that routine, because it gives you something to look forward to."

Over the past four years, she said she has maintained a 65-pound weight loss and gone off medications for high blood pressure, high cholesterol and acid reflux.

As she transformed her health, Joan MacDonald said she was encouraged by her daughter to start an Instagram account to document her progress and connect with other people.

Today, her Train With Joan Instagram account has 1.5 million followers. She also has a website and an app that offers workout and meal plans overseen by Michelle MacDonald, who specializes in coaching women of all ages.

Joan MacDonald said she hopes people who follow her journey take away that it's never too late to change your life, no matter your age or situation.

"Nothing is magical. It's work, but it's work that you can enjoy," she said. "In the end, you are going to be stronger and healthier, and that's all that really matters."

The MacDonalds shared five tips for people who want to transform their health, no matter their age.

1. Think about your sleep. "We live in a culture that doesn’t prioritize sleep," Michelle MacDonald said. "But there’s so much research that shows when you’re not getting eight hours of quality sleep, it really negatively impacts you hormonally, cognitive function and your body."

2. Drink lots of water and eat protein with every meal. Michelle MacDonald said most women she works with, including her mom, come to her not eating enough calories. She recommends eating five meals consistently throughout the day and including protein at every meal, with the goal of eating in total daily one gram of protein for every pound of a person's ideal body weight, so 130 grams of protein if their ideal weight is 130 pounds.

In addition, Michelle MacDonald recommends drinking at least three liters of water for day, for most people.

"Drink more water, and pace it out," she said. "Drinking mindfully is an easy way to attach yourself to this idea that you're taking care of yourself."

MORE: This 82-year-old TikTok influencer is all the fitness inspiration we need

3. Get active. Start by just walking, aiming for 10,000 steps per day, which can be broken up and completed throughout the day, according to Michelle MacDonald.

Once a person is ready, she recommends adding in 45 minutes of strength training a few day per week.

4. Focus on a positive mindset. Joan MacDonald said she continually works on having a positive inner dialogue in order to help her reach her goals.

"Mindset is something that I am still learning, and I know that it's a very strong factor in everything," she said. "It's something you really have to work at."

Both she and her daughter recommend journaling in the morning to set intentions and start off the day with a clear head.

5. Document your progress. Take a photo of yourself on the day you start your journey, and keep documenting your progress, Michelle MacDonald recommends.

"Have a starting photo ... and take photos every week," she said. "You may not feel changes, but you’ll see them."