When Lauren O'Malley and Jake Woodward got married last weekend, they could skip right over the "in sickness" part of their wedding vows.

O'Malley and Woodward, both 27, have stood by each other's sides as they each faced cancer diagnoses, including one so close to their original wedding date they had to delay their "I dos" for months.

"I don’t think there are words to actually describe the joy and relief I feel to know that I am his and he is mine and we will actually enjoy a long life together," O'Malley told "Good Morning America." "We’re ready for the 'in health.'" 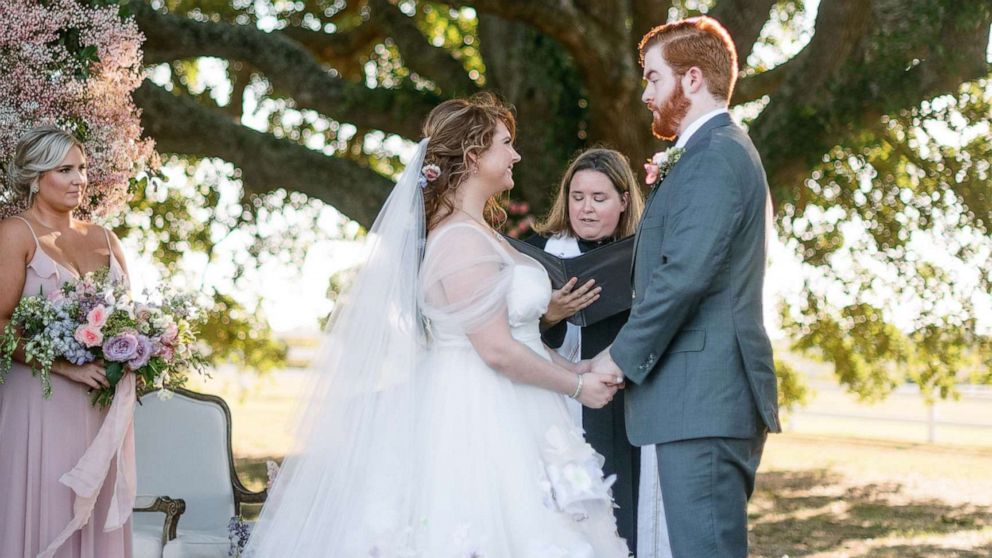 O'Malley was a law student at Georgetown University in 2016 when she passed out, was taken to the emergency room, and discovered she had a tumor the size of a cantaloupe that had twisted over her left ovary.

When doctors in Washington, D.C., told her she had advanced ovarian cancer with a 50% chance the tumor had metastasized, she flew to her hometown of Houston, Texas, to see a specialist at MD Anderson Cancer Center.

Doctors at MD Anderson told O'Malley her prognosis was better than previously thought, but she still had to undergo an emergency surgery to remove her left ovary and fallopian tube.

Doctors declared her cancer-free after the surgery, but because the tumor has a high chance of recurring, O'Malley also underwent painful fertility treatments to retrieve and preserve her eggs. 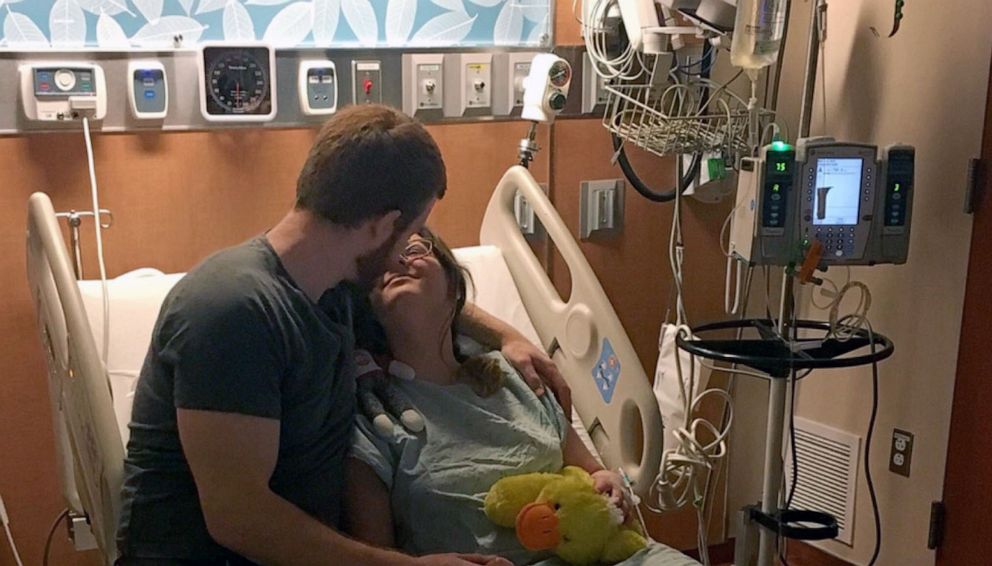 "Jake was just totally my rock. He was so strong throughout all of it," said O'Malley, who met Woodward in law school. "He said he would drop out of law school to be with me in Houston."

Woodward proposed to O'Malley in October 2017, after they had both graduated from law school and moved to Houston together to begin the rest of their lives.

Just over a year after they got engaged, in December 2018, Woodward started noticing that he had trouble chewing and talking, and had extreme soreness in his muscles.

"I went to Ohio to visit my family for Christmas and when I flew back my speech was so slurred that Lauren couldn’t understand me and thought I’d had a stroke," Woodward said. "She took me to the emergency room."

Woodward was sent to MD Anderson, where O'Malley had been treated, and was told he had a five-inch thymoma tumor in his chest, according to Dr. Sudhakar Tummala, who treated Woodward.

Like O'Malley, Woodward had clean margins when his tumor was removed, so he did not have to undergo radiation or chemotherapy.

But his tumor caused his body to create antibodies that attack healthy proteins, resulting in myasthenia gravis, an autoimmune disease that causes extreme muscle weakness, according to the National Institutes of Health (NIH).

Woodward was hospitalized for a month after the tumor was removed in January, including spending several weeks in the Intensive Care Unit (ICU) with a feeding tube and oxygen. He has been hospitalized a few times since and still has to undergo plasma treatments to help him regain his energy, according to Tummala.

By his side through it all was O'Malley. 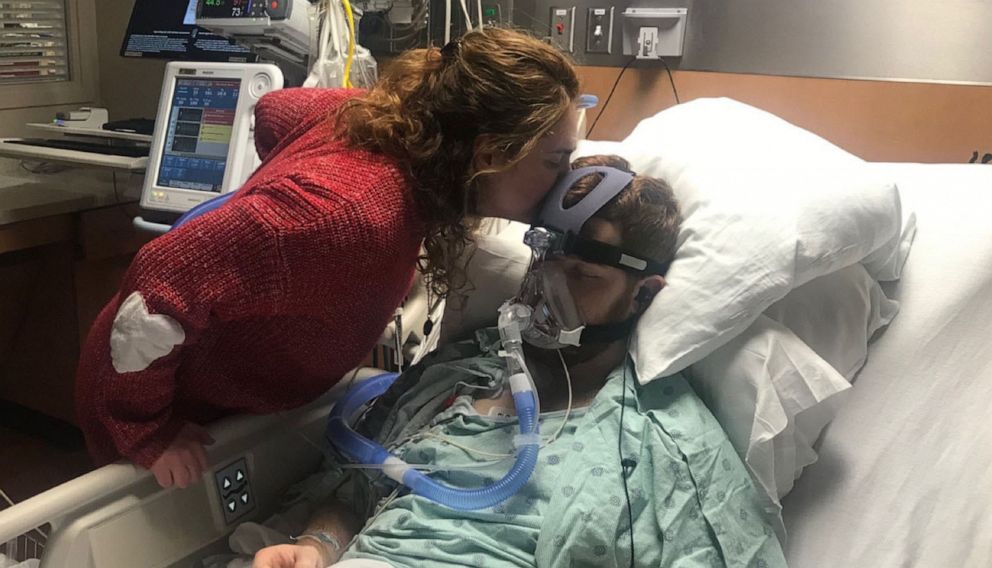 "It was very much my turn to take care of him," she said. "It felt insane that we were back in this place of cancer having control over our lives, but I tried to serve him like he did me nearly three years before."

Woodward is still on medical leave from his job and used his time recovering to plan for his wedding day, including setting milestones like being strong enough to dance at the wedding.

"[Planning for the wedding] has been in many ways the thing that has given us hope and something to look forward to," said O'Malley. "Jake has been more involved than any groom that people helping with our wedding have ever known."

"This wedding is a chance to celebrate that he is alive and he is walking and talking and can even dance," she said. 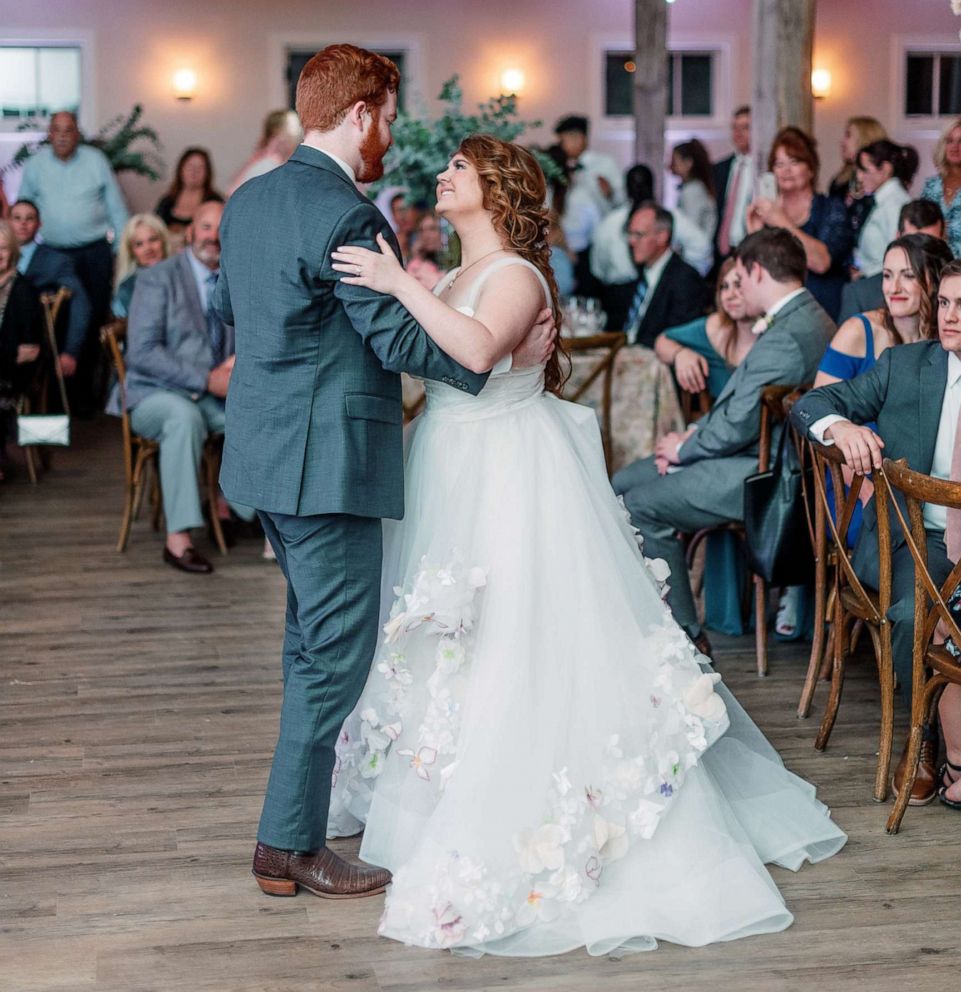 Woodward said he knew O'Malley was his perfect partner in life before either of them got sick, but the obstacles they've overcome together continue to prove that she is "the one" for him.

"She was told that she was dying and she just handled it like such a champ and was so amazing and then the way she has taken care of me through this year has just shown me she is the kind of person you know you can depend on," Woodward said of his now-wife. "She is so nurturing but she is also so fierce and a fighter."

"A lot of people aren’t tested this way before they get married so they don’t know how they or their partner would react in those scenarios," he added. "One silver lining of this is we know we can count on each other. We know we’re not going to run away. We’re all in on this."