When COVID-19 vaccines became widely available, some women reported changes in the timing and length of their menstrual cycles after getting vaccinated.

Now, nearly two years later, a global study has confirmed that COVID-19 vaccination can lead to temporary changes in cycle length for some people.

The study, published in the medical journal BMJ, looked at nearly 20,000 women around the world who self-reported their menstrual cycle through Natural Cycles, an FDA-cleared birth control app.

The study found, like other research has also shown, that the changes to cycle length are only temporary and do not have any long-term effects.

Earlier this year, a smaller study of around 4,000 women found similar results, reporting that a normal menstrual cycle returned within one or two months after getting vaccinated.

The two studies were launched thanks in part to the persistence of women who spoke out on social media and documented their side effects in an online database created by two researchers.

Several months later, in August 2021, the National Institutes of Health announced it was committing $1.6 million in funding to launch studies on the subject at five universities across the country. 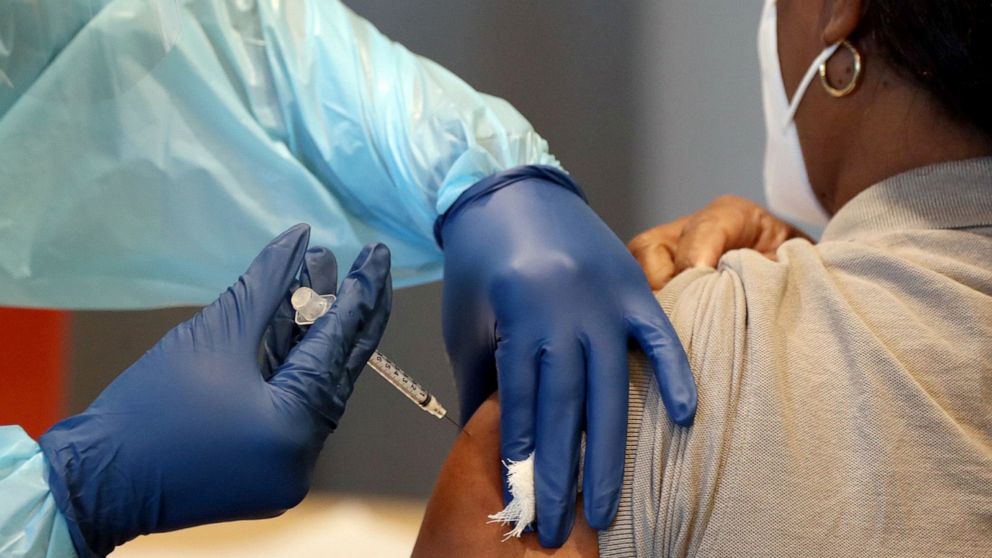 Dr. Alison Edelman, professor of obstetrics and gynecology at Oregon Health and Science University School of Medicines, told ABC News earlier this year the research is important because it can help affirm women's anecdotal experiences and let them know what to expect after getting vaccinated.

"On a personal level, any noticeable change to a person’s cycle -- whether it be related to vaccination or other environmental stressors -- can indeed feel significant," said Edelman, a lead researcher on the two studies released so far. "As a clinician, I can help provide them with information about what to expect with vaccination, which might include a slight variation in their cycle length and have them prepared for this possibility so that they do not need to worry."

Editor's Picks
MORE: After people spoke out about COVID-19 vaccines and period changes, research is underway

Menstrual changes are controlled by a part of the brain called the hypothalamus, along with the ovaries, which use hormones as signals. These hormone signals can be disrupted when the body goes through changes that occur with an infection and even a vaccine.

Getting vaccinated produces a strong immune system response in the days following the shot, which may cause temporary changes to menstrual cycles. Studies have also documented temporary menstrual cycle changes among women who get COVID-19 infections.

Edelman and other experts say the findings that COVID vaccination can temporarily affect menstrual cycles do not mean the vaccine impacts current or future fertility.

In February, Dr. Anthony Fauci, the nation's top infectious disease expert, said there was "no evidence" that getting vaccinated against COVID-19 impairs fertility.