When Terri Herrington's husband Bryan died 16 years ago in a workplace accident at the age of 35, five of his organs -- his heart, lungs, kidney, pancreas and liver -- helped to save the lives of four people.

One of those people, Jeffrey Granger, received both Brian's pancreas and kidney in a lifesaving double organ transplant.

"I went off dialysis. I went off insulin," Granger, who had been an insulin-dependent diabetic for 28 years prior to the transplant, told "Good Morning America." "It was like somebody opened the gate and set me free."

MORE: How one woman went from a double lung transplant to a gold medal

After the transplant, Granger, now 59, wanted to meet and thank Bryan's surviving family for saving his life.

Herrington, who raised a 5-year-old and 2-month-old alone after Bryan's death, also wanted to meet the people whose lives Bryan had saved. When she and her kids met Granger and his wife one year after the transplant, the two families just clicked. 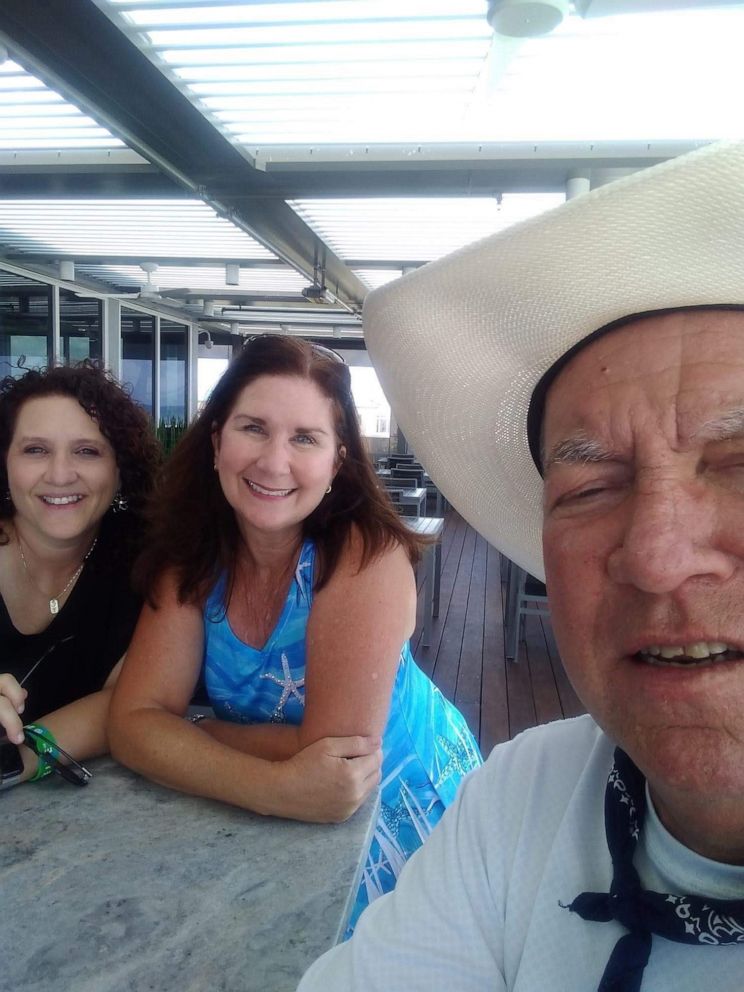 "My son when he was a toddler he put his hand on Jeff’s stomach and asked him, ‘Is my dad in there?’ and Jeff said, ‘Yes he is and I’m going to keep him alive as long as possible,'" Herrington recalled. "It started out as a healing process because you realize your husband has helped all these people continue in their lives."

"Then we’ve become close friends over time," she said of her friendship with Granger, who lives about three hours away from Herrington in northern Florida.

When Granger, a retired electrician, started to get sick again last year and had to go back on dialysis because his transplanted kidney was failing, he reluctantly called Herrington.

"It was very hard to tell her I needed a new kidney," said Granger. "I didn’t want to break her heart because it’s another piece of Brian that has left." 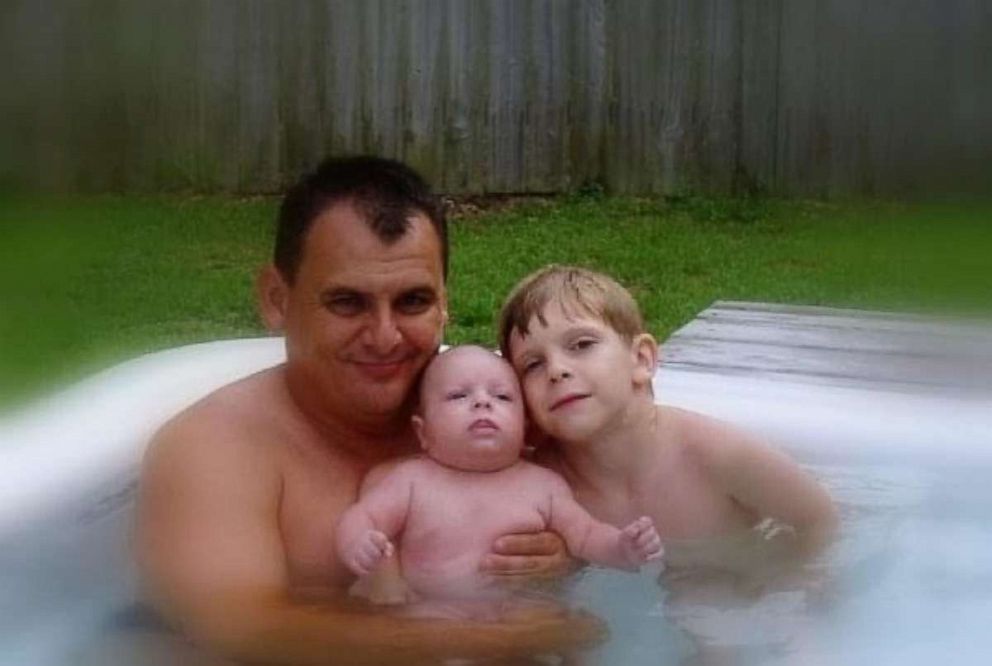 Terri Herrington
Bryan Herrington poses with his two children before his death in 2004.

Herrington said she could tell Granger was a "little shaken up" on the phone. When she heard that he was in need of a new kidney, her response was fast.

"I told him, ‘Well Jeff I’ve been thinking about becoming a living donor. What do I need to do?'" she recalled. "He just didn’t believe me I guess because about a month later he put on Facebook that he was in search of a kidney that was A+ [blood type] and I’m like, ‘Dude, did you think I was kidding when I said I was considering this?'"

"He said, ‘I didn’t take you seriously,’ and I said, ‘Well I am serious so get on with it,'" said Herrington, who within the next month was already undergoing blood work to become Granger's kidney donor.

Herrington was ultimately determined by doctors to be a kidney match for Granger, just like her late husband was 16 years ago.

MORE: After their dad died in need of a kidney transplant, 2 sisters donate their kidneys to strangers 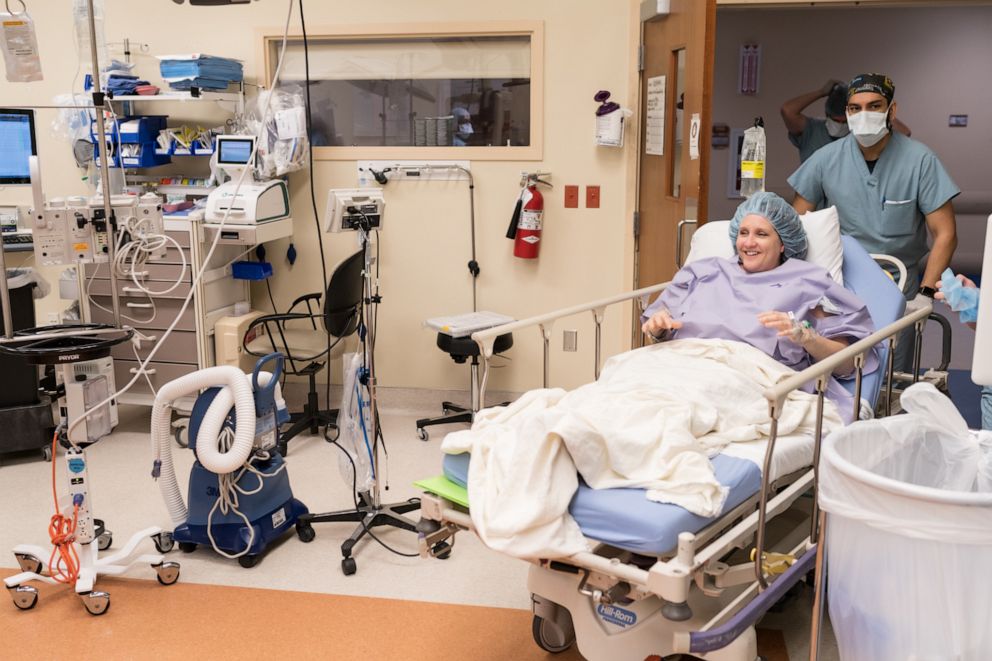 Louis Brems/University of Florida
Terri Herrington, of Pensacola, Florida, became a kidney donor when she donated her kidney to Jeff Granger.

"I’ve been doing this about 25 years and I have not seen this combination," said Dr. Kenneth Andreoni, one of the two surgeons who performed the procedure on Granger. "I’ve heard a lot of unusual stories [kidney donations] but this one I had not heard of before."

The surgeons left Granger's failed donated kidney in his body, a common practice, so Herrington's kidney is now right next to the kidney donated by her late husband.

"We are right next to each other helping him live," said Herrington, who described her late husband as a "very giving" person. "It’s kind of neat. My sister-in-law said, 'Now you and your husband are back together.'"

The fact that Herrington and her late husband could both be a kidney match for the same person is not as unusual as people may think, according to Andreoni. He said Herrington's decision to be a living donor for Granger has likely doubled his life expectancy. 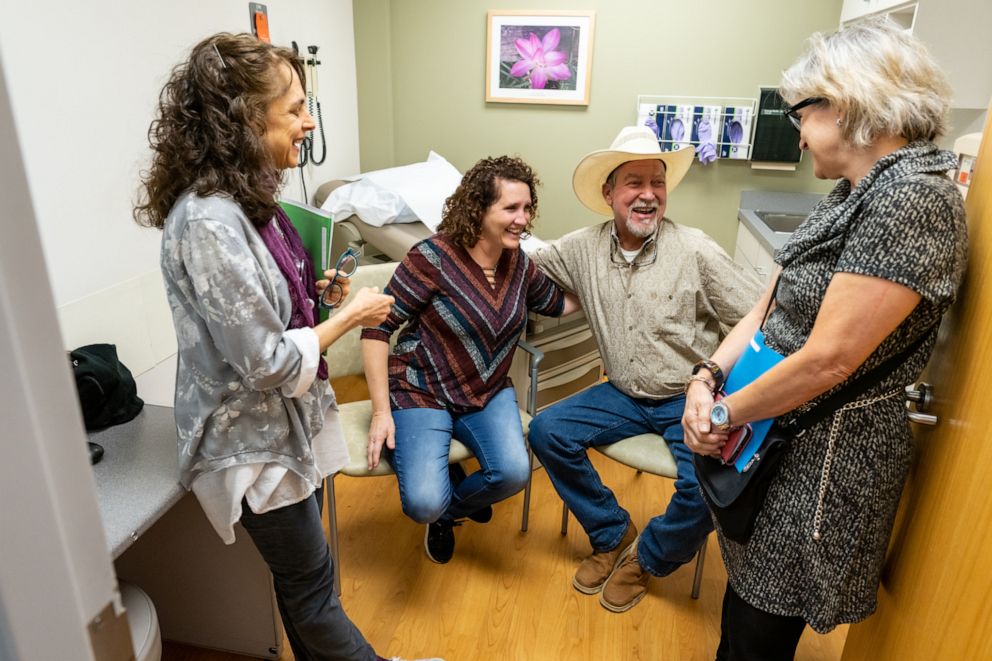 "Most people who want to be a donor can donate their kidney," said Andreoni. "Don’t be concerned about the perfect match of it. Most living donors aren’t direct blood relatives these days because you just have to be blood compatible."

Granger said that just like 16 years ago, the kidney transplant has completely changed his life.

"My kidney shut down in January of 2019 and the dialysis was really rough on me this time and I had no energy, nausea and just wanted to stay home," he said. "I do everything now that I was doing before I got sick. I’m back to normal."

Herrington said she had no hesitation about giving Granger one of her kidneys and hopes the successful transplant means they can have many more years of their friendship.

"A lot of people have asked me, 'Well what if you need your kidney and I say, ‘What if I don’t need my kidney?’ I can’t live off the ‘what ifs’ because then I’m not living," she said. "Jeff and I have had the connection with my husband and now we have the connection with mine. It’s even greater." 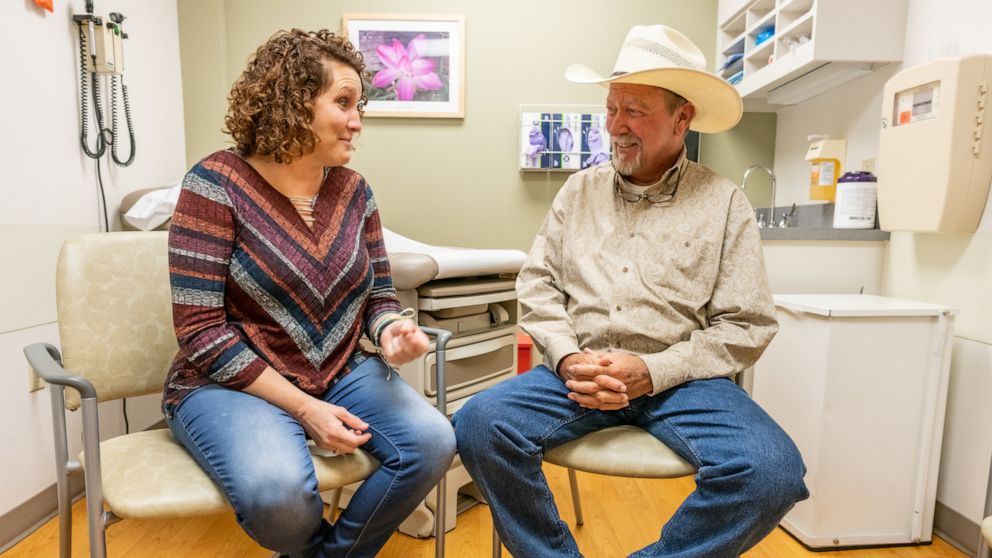 Both Granger and Herrington said they are sharing their unique story in hopes of raising the awareness of organ donation. More than 110,000 people in the United States currently need a lifesaving organ transplant, according to the United Network for Organ Sharing (UNOS).