By Alexa Mikhail
Share —
Sign up for our newsletters to get GMA delivered to your inbox every morning!

Bryan Lee keeps his personal life pretty quiet. So quiet that his work colleague, Annie York, didn’t know that the autoimmune disease he has suffered from since he was a child was becoming life-threatening.

Lee’s condition is called Henoch-Schonlein purpura, or HSP, and he told "Good Morning America" he has scarred kidneys, which gives him high blood pressure that would, over time, wear away their function, causing blood vessels in his kidneys to leak. In January, during what Lee thought was going to be a normal checkup, he got the news that he had roughly 14% function left in his kidney.

"It was a big shock," Lee said. "We thought it was years and years away." 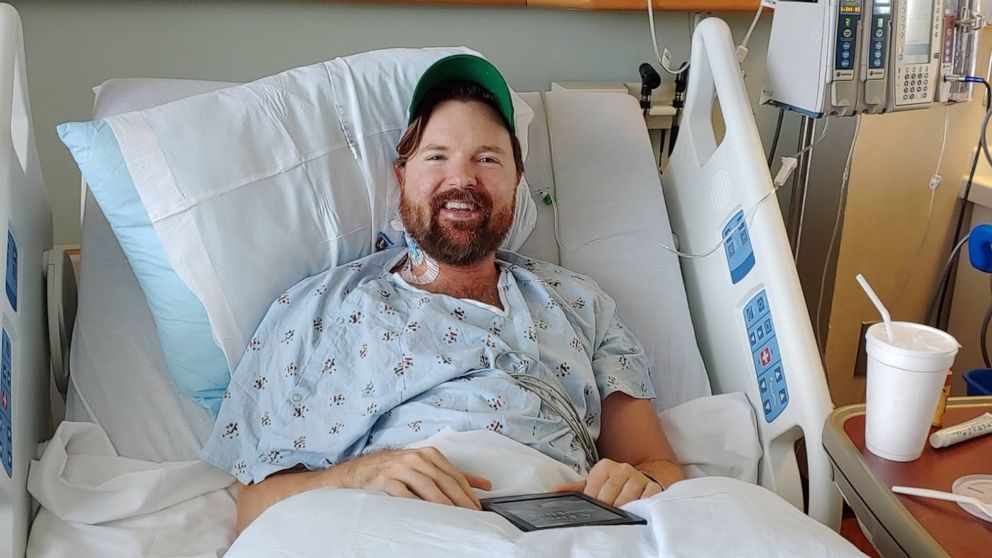 Courtesy Annie York
Bryan Lee suffers from Henoch-Schonlein purpura, or HSP, which has caused his kidney function to go down to just 14 percent. Without the donation from colleague Annie York, Bryan would only have roughly five years left to live.

With this information, Lee learned that a kidney transplant would be the best possible option to prolong his life. A kidney would last roughly 10 to 15 years, but without a transplant, Lee told "GMA" he would only have close to five years to live.

"I felt pretty sorry for myself," Lee said. "And then I wanted to see what the next step was and keep struggling, keep going on."

(MORE: After their dad died in need of a kidney transplant, 2 sisters donate their kidneys to strangers)

It was finally at a mutual friend’s wedding that York learned more.

"We were just chatting," York said. "He opened up to me about the news he had just received that his functionality had gone way down and that he needed to start looking for other options."

Hearing all of this for the first time, it did not take York long to decide what she was going to do.

"Just opening up to me about that, I immediately asked him what his blood type was," she said. "I never looked back honestly." 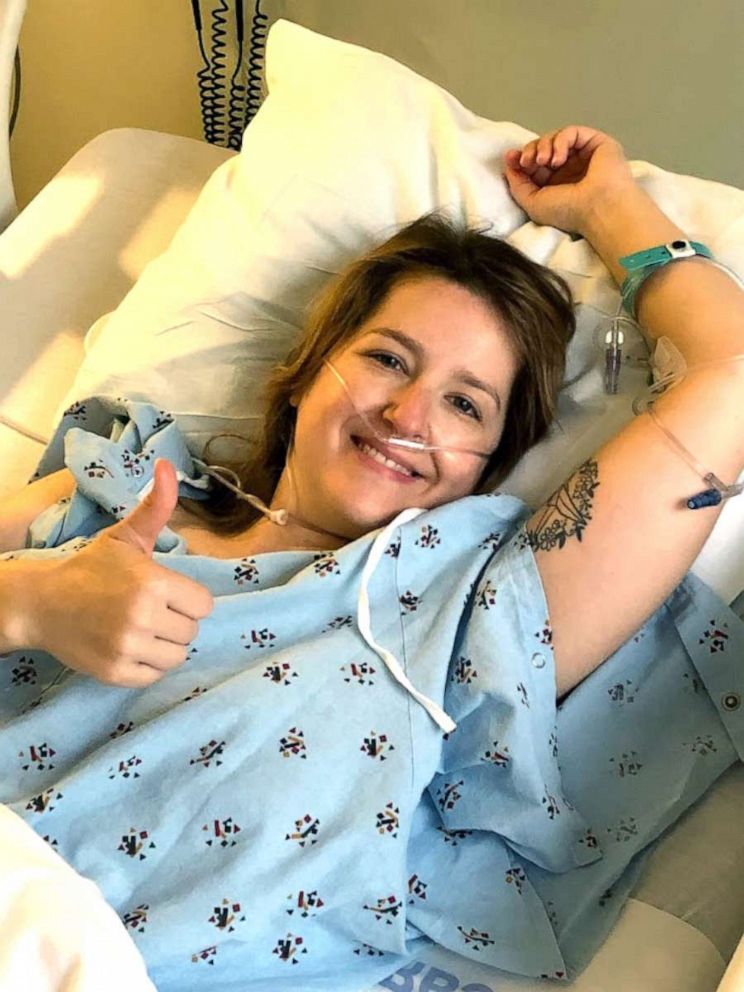 Courtesy Annie York
Annie York, 34, told “GMA” she hopes her story inspires others to donate. “Any amount of small pain and discomfort now is just temporary, but what it will do for that person’s life and for other people’s lives, that will go on forever,” York said.

York and Lee met before they started working together at Kabbage, a technology and financial company. They acted together nearly a decade ago at the Shakespeare Tavern, a close-knit community for theater in Atlanta, producing and acting in pieces centered on female-driven work.

(MORE: Man meets the kidney donor who saved his life: 'I hope to make you proud one day') 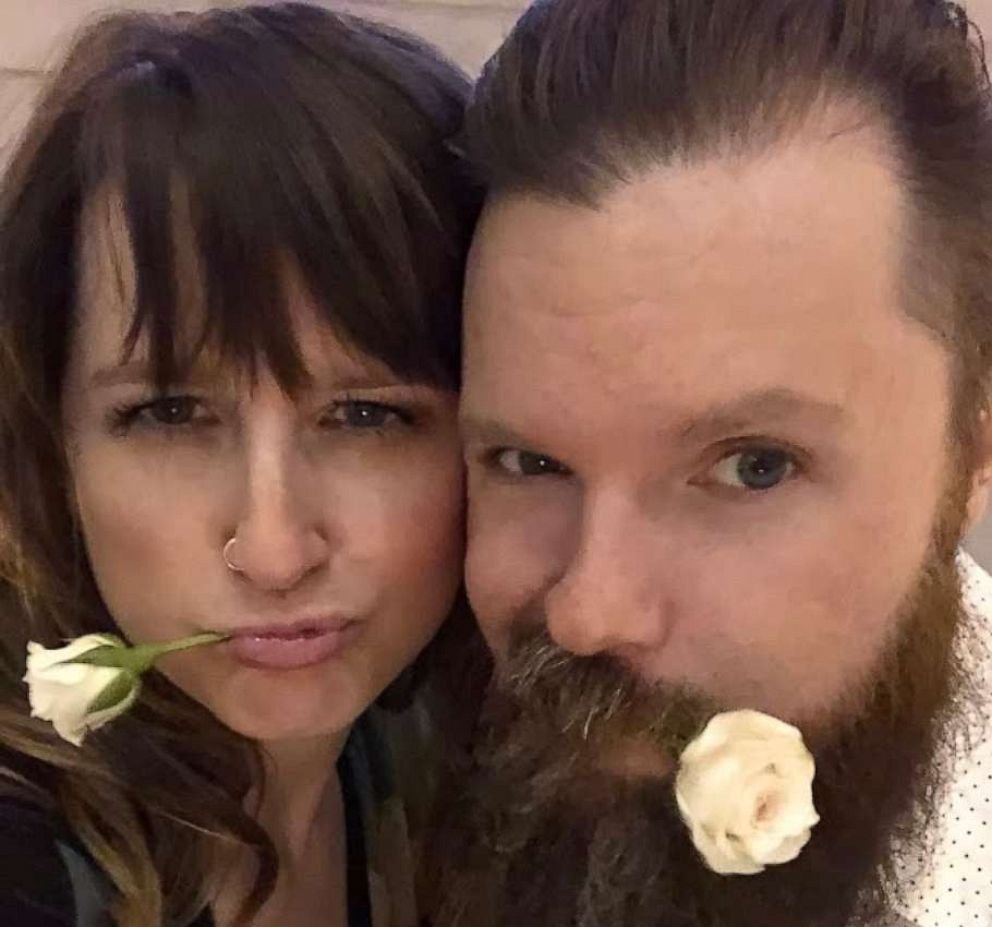 Courtesy Annie York
Before working together at a finance and technology company, Annie York and Bryan Lee acted together nearly a decade ago at the Shakespeare Tavern, a community for theater in Atlanta.

After finding out she was a match, York went into work to tell Lee she was all in and would give him her kidney.

"I told him it was a yes and that it was happening," York said. "He paused, and his face got red and he just started crying. In that moment, I realized the magnitude of what I was doing" 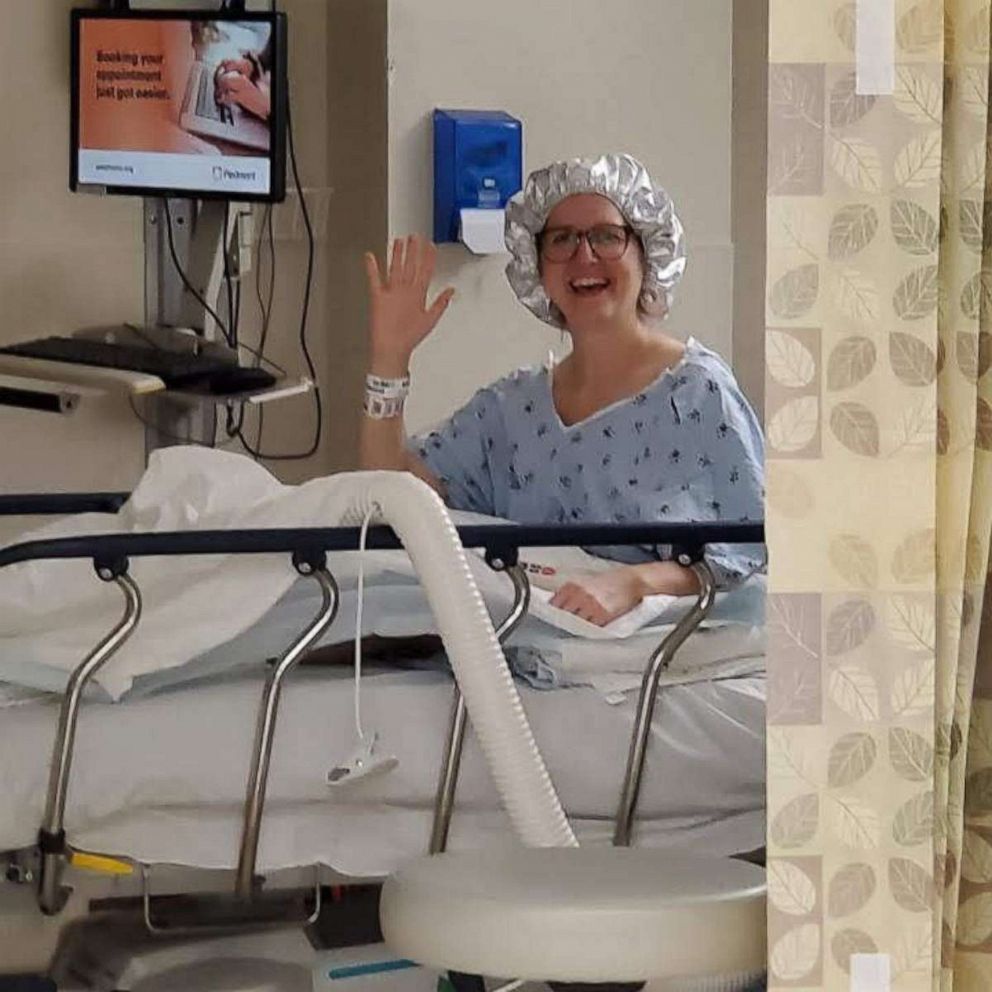 Courtesy Annie York
Annie York told “GMA” that organ donation not only helps the person in need. “I’m helping every person who he had a touch on and that’s kind of an amazing thing to be able to do.”

To prepare, York took Lee skydiving on the Monday before the surgery.

(MORE: Mom of 2 gives kidney to 24-year-old after seeing plea written on his mother's car)

Courtesy Annie York
Just four days before both Annie York and Bryan Lee went into surgery, the two went skydiving. “It’s like if you can do something like that, then surgery is easy peasey,” York said.

On Aug. 9, the two both went into surgery at Piedmont Hospital in Atlanta and would recover across the hall from one another. Their families met for the first time that morning, and York told "GMA" that Lee’s sister embraced her with tears, extremely grateful for what she was about to give to her brother. Lee and York documented their journey, a story of sacrifice and friendship. The pair hope to encourage others to experience the true gift of organ donation. 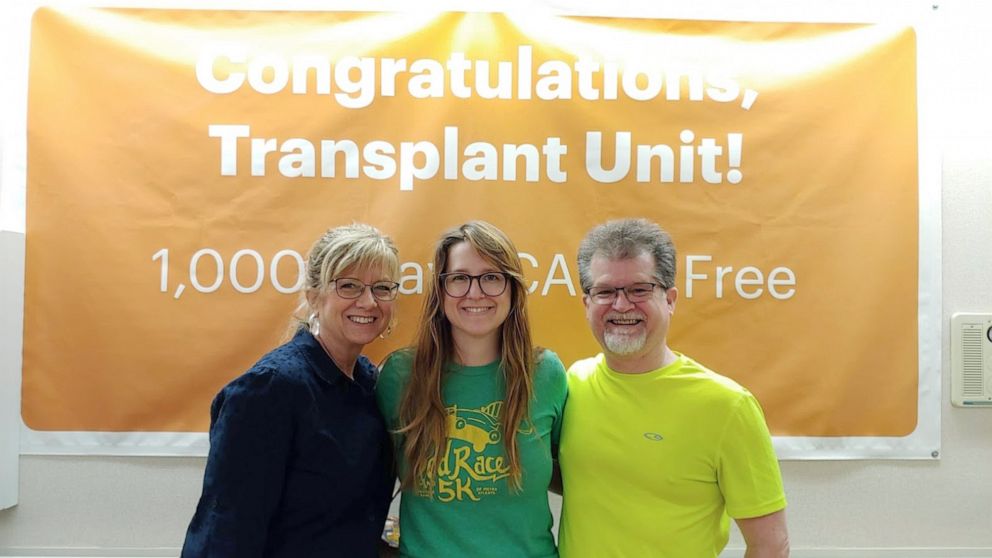 "Obviously it’s helping Bryan out in an immense way but it’s affecting everyone," York said. "The world deserves to have him for as long as possible"

Lee told "GMA" he does not have words to express his thanks for York.

"She is literally saving my life," Lee said. "She is giving me time." 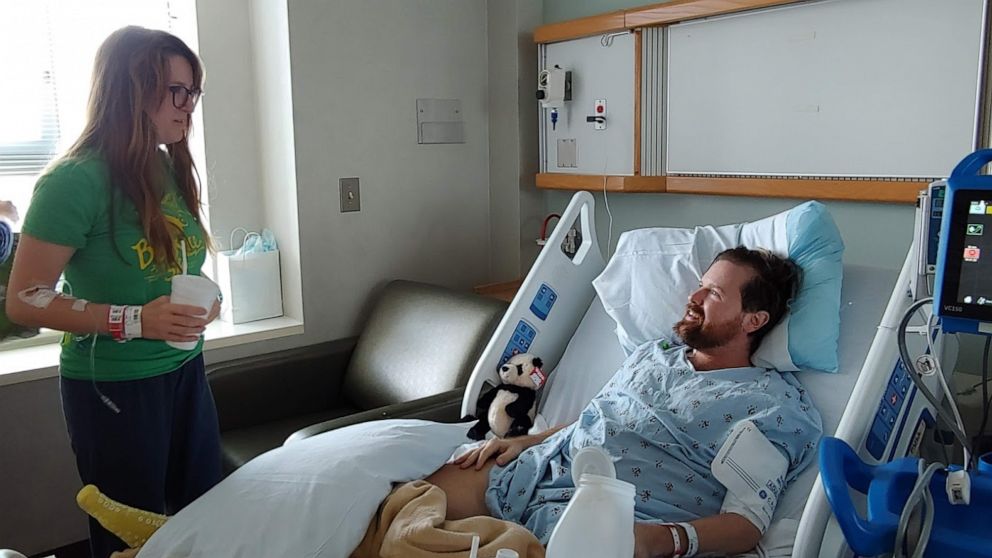 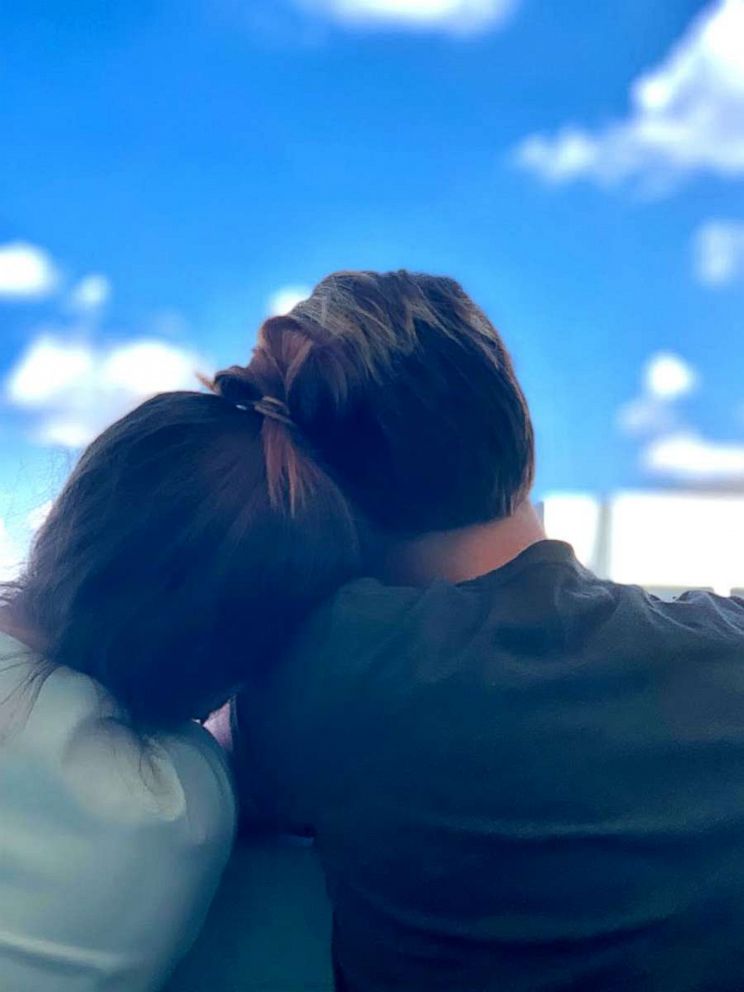 Courtesy Annie York
Annie York told Bryan Lee she would donate her kidney to him one day at work. “Immediately after I told him it was a yes and that it was happening he paused and his face got red and he just started crying,” York said.

"I think people have the misconception that it’s very easy to get an organ transplant," Lee said. "It’s truly not. So many people don’t check that box at the DMV."