A North Carolina woman who had been unable to eat solid foods for over a decade due to a rare condition underwent a life-changing multiorgan transplant that gave her a new stomach, pancreas and intestines.

Sarah Granados, a mom of three from Gastonia, North Carolina, waited 444 days for the transplant, which took place on Nov. 14, 2021, at Indiana University Health, more than 500 miles away from her home.

"It gave my kids their mom back. It gave my husband back his wife," Granados, 36, said of the transplant. "It gave me the chance to dream about things I haven't dreamt about in years because I was too scared to."

In late February, Granados was allowed to drive from Indiana to North Carolina to see her husband and kids, now ages 18, 16 and 14, whom she surprised at a local park. 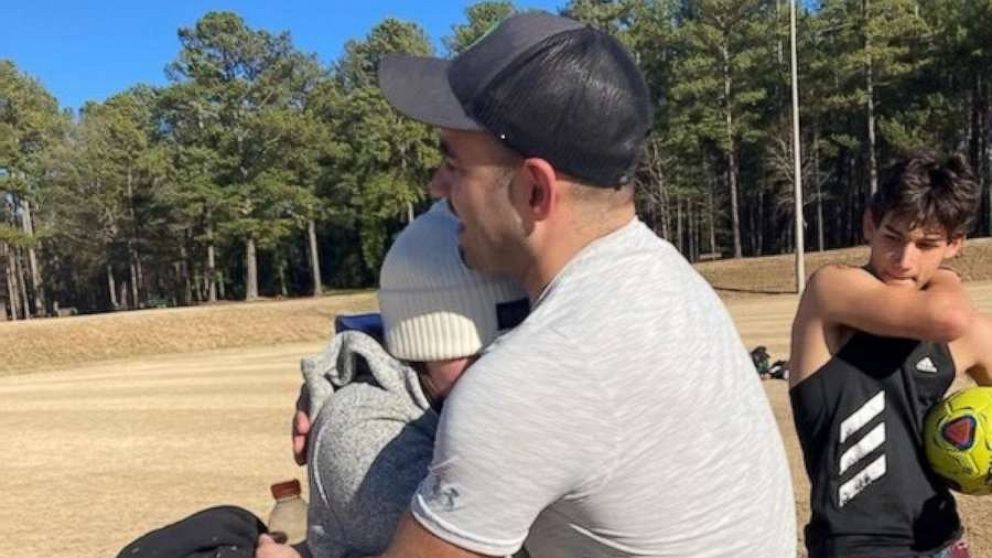 Sarah Granados
Sarah Granados reunites with her husband in North Carolina after a months-long hospital stay following a multi-organ transplant. 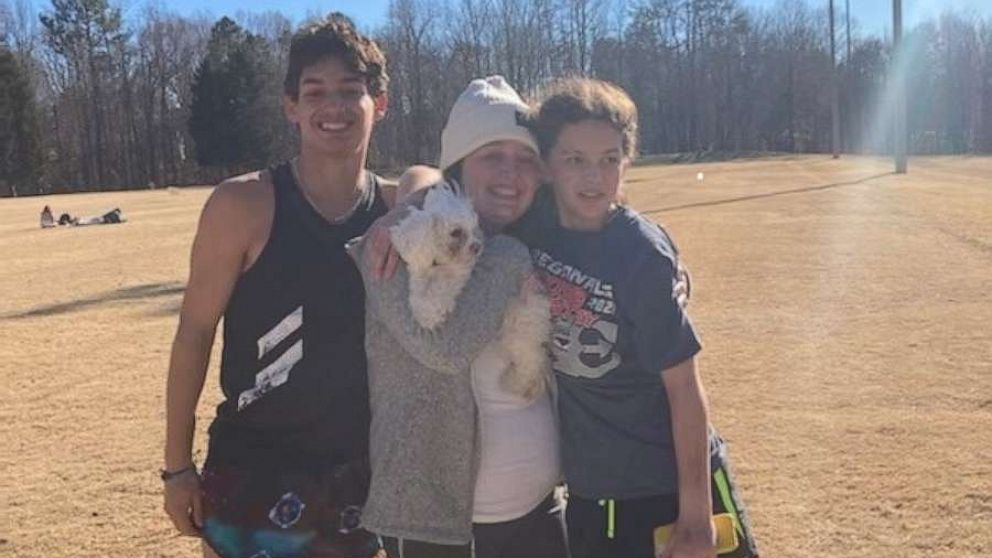 Sarah Granados
Sarah Granados reunites with her children in North Carolina after a months-long hospital stay following a multi-organ transplant.

"Getting to surprise them and the look on their faces when they realized it was me might be the best moment of my life," she said, adding that the visit home gave her "the boost and the strength to go back and continue fighting."

Granados has faced life-threatening medical complications since 2012, when she underwent what was considered a routine surgery to remove her gallbladder because of a potentially cancerous spot.

Though the surgery did not have complications, Granados said doctors believe she was uniquely affected by it because she has Hypermobile Ehlers-Danlos syndrome, an inherited connective tissue disorder that can cause gastrointestinal dysfunction.

After the surgery, Granados said she was unable to eat solid foods and had to be placed on a feeding tube.

Doctors diagnosed her with severe gastroparesis, a disorder that "slows or stops the movement of food from your stomach to your small intestine," according to the National Institutes of Health. 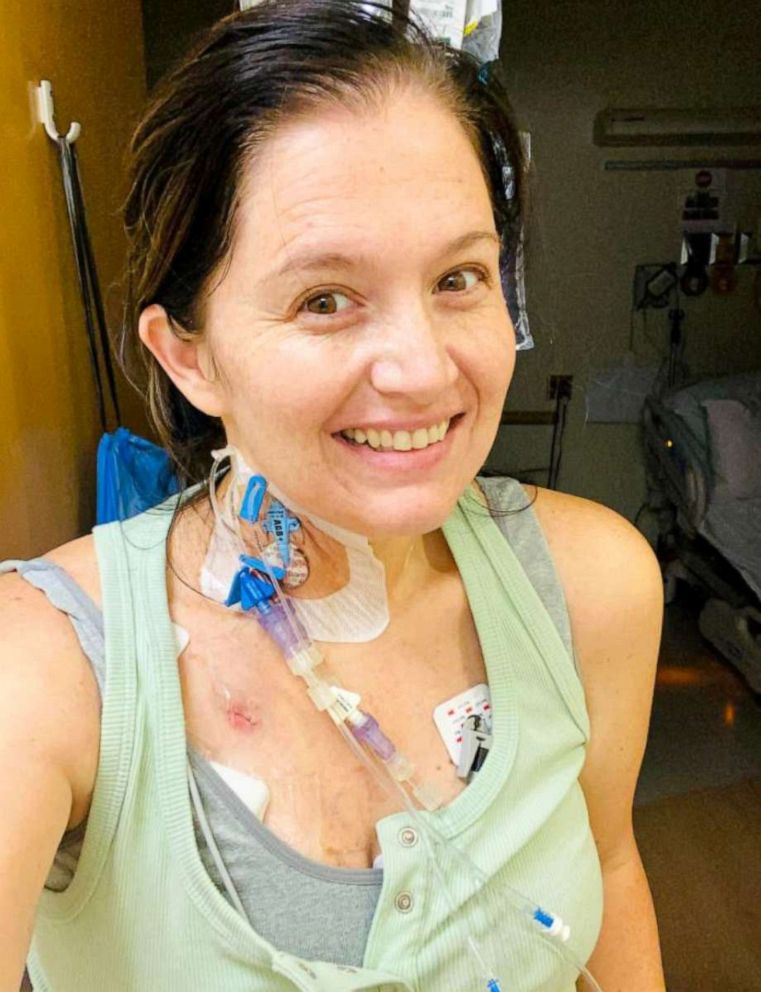 After spending six years on a feeding tube, Granados underwent a second surgery, a gastrectomy, in 2018 to remove her stomach and part of her small intestines. Complications from that surgery, she said, sent her into intestinal failure and she was diagnosed with intestinal pseudo-obstruction, a rare condition when the intestines appear blocked, according to the NIH.

Granados, whose youngest child was around 4 years old at the time, was then placed on total parenteral nutrition, a lifesaving measure that delivers nutrients intravenously.

"I ran into complications almost immediately," said Granados. "It was at that time that [doctors] said, 'You're either going to need a transplant or your life expectancy is probably only a few years."

Doctors determined that Granados needed a transplant of her gastrointestinal system, a rare procedure that only occurs in around 100 patients worldwide each year, according to Dr. Richard Mangus, surgical director of the IU Health intestine transplant program and the doctor who performed Granados' transplant.

Granados went on the transplant list in 2020, during the coronavirus pandemic, and spent much of the time leading up to the transplant in the hospital.

She was hospitalized in North Carolina in November 2021 when she got the call that a donor had been found with a stomach, pancreas and small and large intestines deemed a "perfect match" for Granados.

"At that point I was having conversations with my family about having my lines actually removed and going into hospice because I was ready to be done," said Granados. "And not because I don't love my life, and not because I wouldn't give anything and everything, but because my body was really, really tired and couldn't stand the thought of living in a hospital anymore."

"I essentially had to have a perfect donor to make this this match happen," she said. 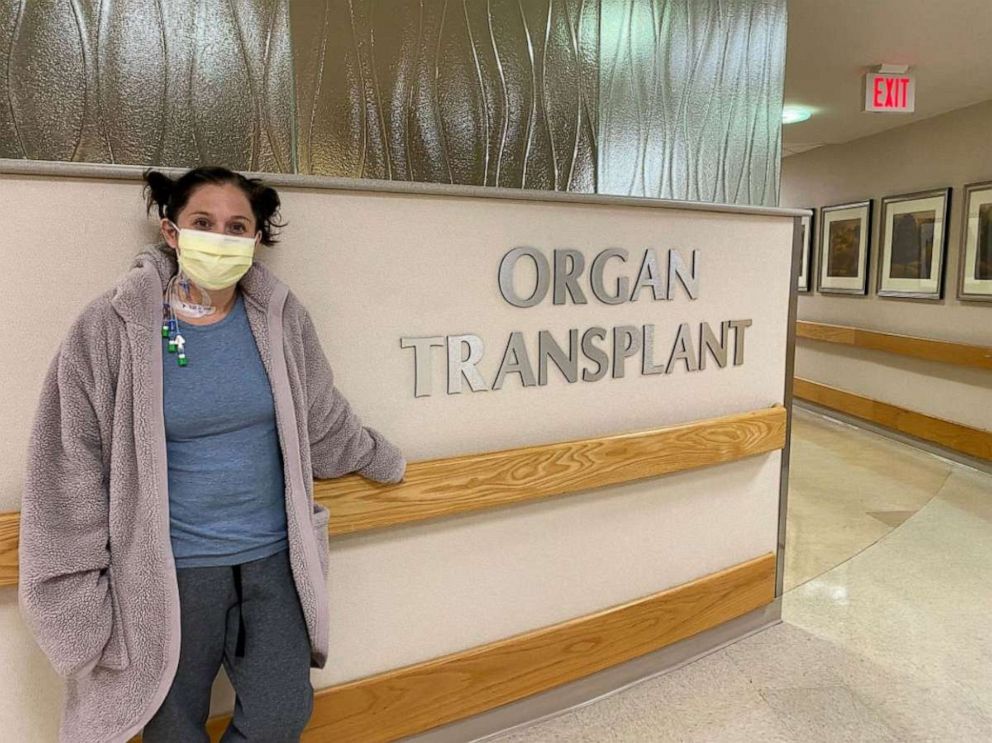 Within 24 hours of getting the call, Granados was transported by plane to Indiana Health University Hospital in Indianapolis.

At the same time, Mangus flew to the location of the deceased donor to oversee the removal of the organs.

Once back in Indianapolis, on Nov. 14, 2021, Mangus oversaw a complex, 10-hour transplant procedure that involved several doctors.

Granados said she has thought every day since her transplant about the donor, whom she calls her "angel donor."

"I can't change that they had an untimely death, but I truly believe that there are angels that are made to save other people," she said. "And in my case, the doctors were saying there was a one-in-a-million chance, so I'm very fortunate that I got my one-in-a-million."

Granados continued, "There's not an hour that goes by that I'm not very keenly aware that I'm now carrying somebody else. It's a privilege but it's also something I take very, very seriously."

MORE: How one woman went from a double lung transplant to a gold medal

Both Granados and Mangus stressed the importance of organ donation, for which there is a critical need in the United States. More than 106,000 people are currently on the transplant waiting list, and 17 people die each day waiting for an organ transplant, according to U.S. government data.

"They ultimately had to be willing to share five organs with me," Granados said of her own donor, whose identity she does not know but whose family she said she prays she can one day meet. 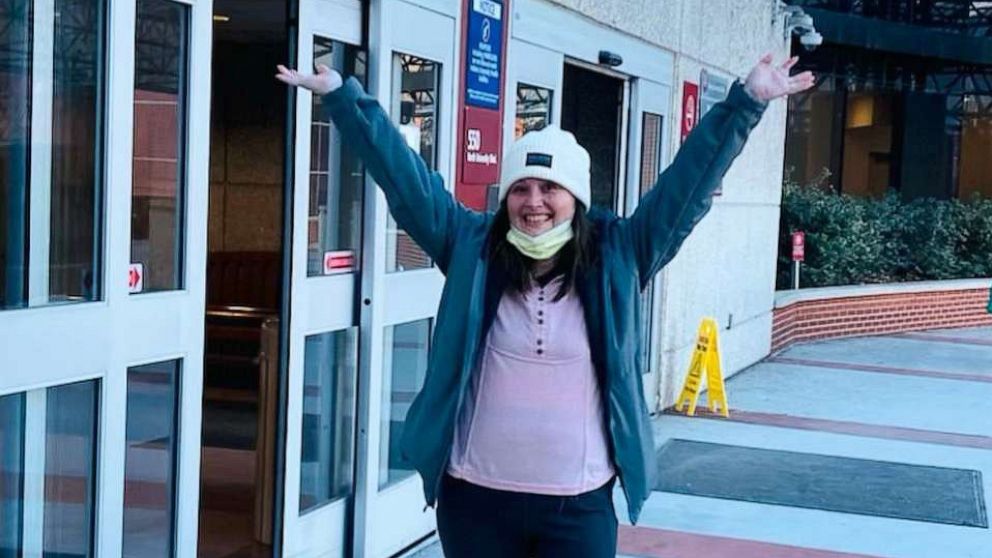 Granados has had to stay in Indianapolis since November as doctors oversee her recovery. She had a brief visit with her husband and kids when the hospital allowed them to visit on Christmas Day.

"We had our first official family meal," said Granados, who was able to sit and eat with her family for the first time in her kids' memory. "My oldest daughter couldn't even hardly eat her food because she was crying because she couldn't believe that we were having a family dinner." 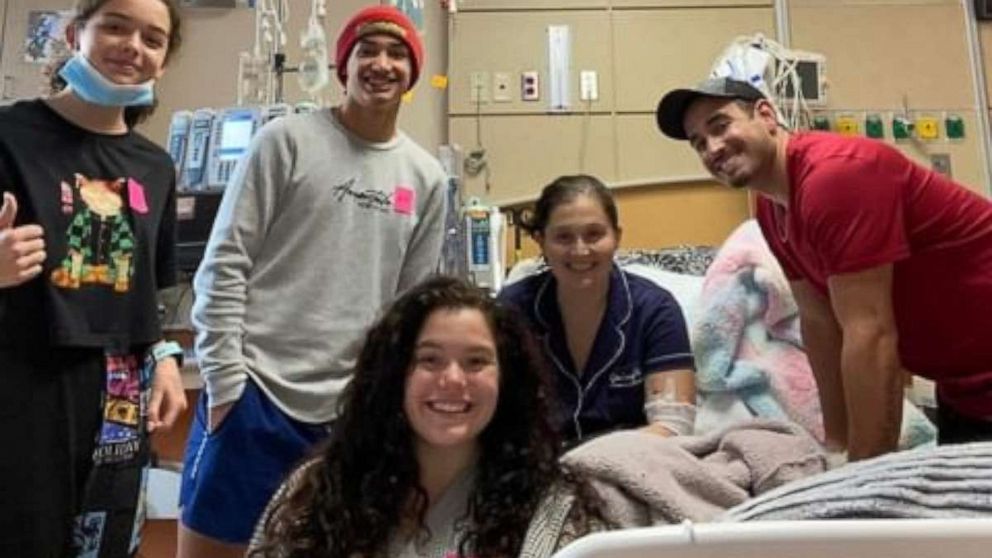 Sarah Granados
Sarah Granados is pictured with her husband and three children while recovering from a multi-organ transplant at Indiana University Health.

Granados said she is now on a regimen of 33 prescription medications daily as she fights for her body to continue to accept the transplanted organs.

She said that though her fight is far from over and though there are many hard days in the process, she is for the first time in years allowing herself to dream of a future, which includes swimming with her kids, eating meals with them and fulfilling her dream of opening an animal sanctuary.

"I owe it to my angel donor and to my family to live as best as I possibly can, and I think that means sharing hope and sharing joy wherever I possibly can, so that's what my goal is," said Granados. "Like I tell my kids, 'As long as we have air in our lungs, there's hope.'"