He could either go to Disney World for the first time or meet the stranger who saved his life.

Gabriel, of Springfield, Illinois, told Make-A-Wish, an organization that creates life-changing wishes for children with critical illnesses, that he wanted to meet his bone marrow donor, Dennis Gutt, a 25-year-old carpenter from Germany.

“Gabriel wanted to take Dennis to meet Mickey Mouse,” Gabriel’s mom, Lauren Smith, told “Good Morning America.” “When he had to pick one, immediately he said, ‘I want to meet my donor.’”

Make-A-Wish Illinois arranged for Gutt to fly from his hometown in Germany, Schuby, to Illinois last week to meet Gabriel and his family. 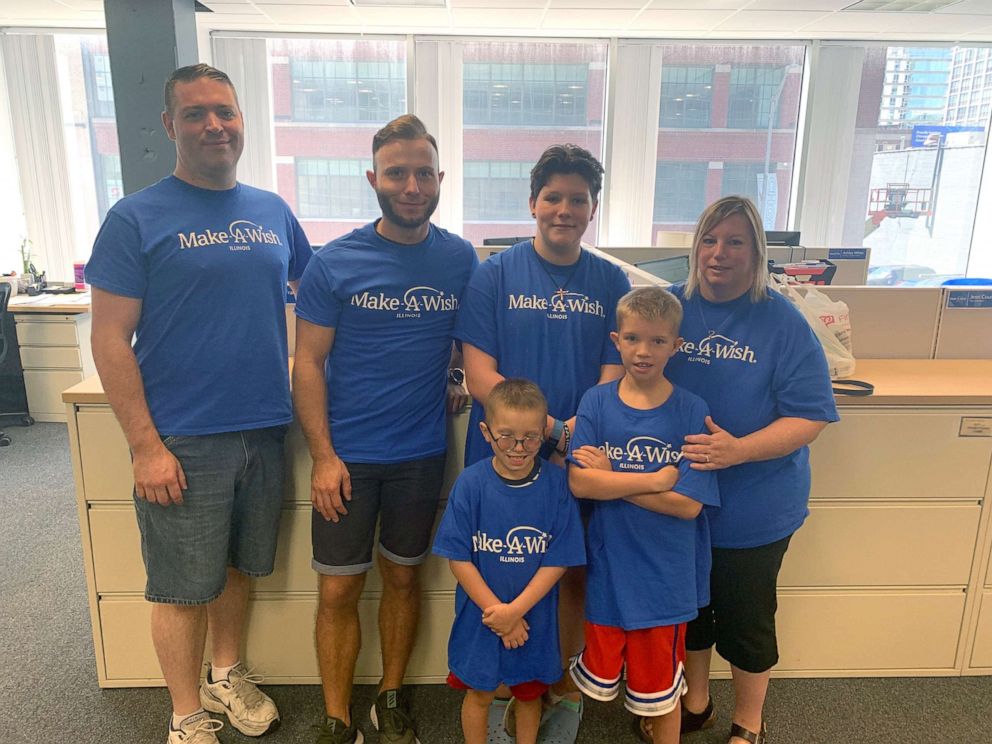 “When he came out of the [hotel] elevator, we were all staring and Gabriel just got stage fright, he couldn’t move or talk,” Smith recalled. “Dennis came right over and gave him a big handshake and hug and then Gabriel warmed up to him.”

(MORE: This woman donated her kidney to a co-worker and now they hope to send a message)
Editor's Picks

The meeting was one Smith and her husband could not have imagined during Gabriel’s sickest days as an infant.

Right after his birth in 2012, Gabriel was given a blood transfusion and then had to be quickly transported to a children's hospital in St. Louis, around two hours from the family's home in Springfield, according to Smith.

Throughout the first year of his life Gabriel continued to need frequent blood and platelet transfusions. When doctors determined Gabriel would need a bone marrow transplant, his family and community stepped up to see if they would be a match. 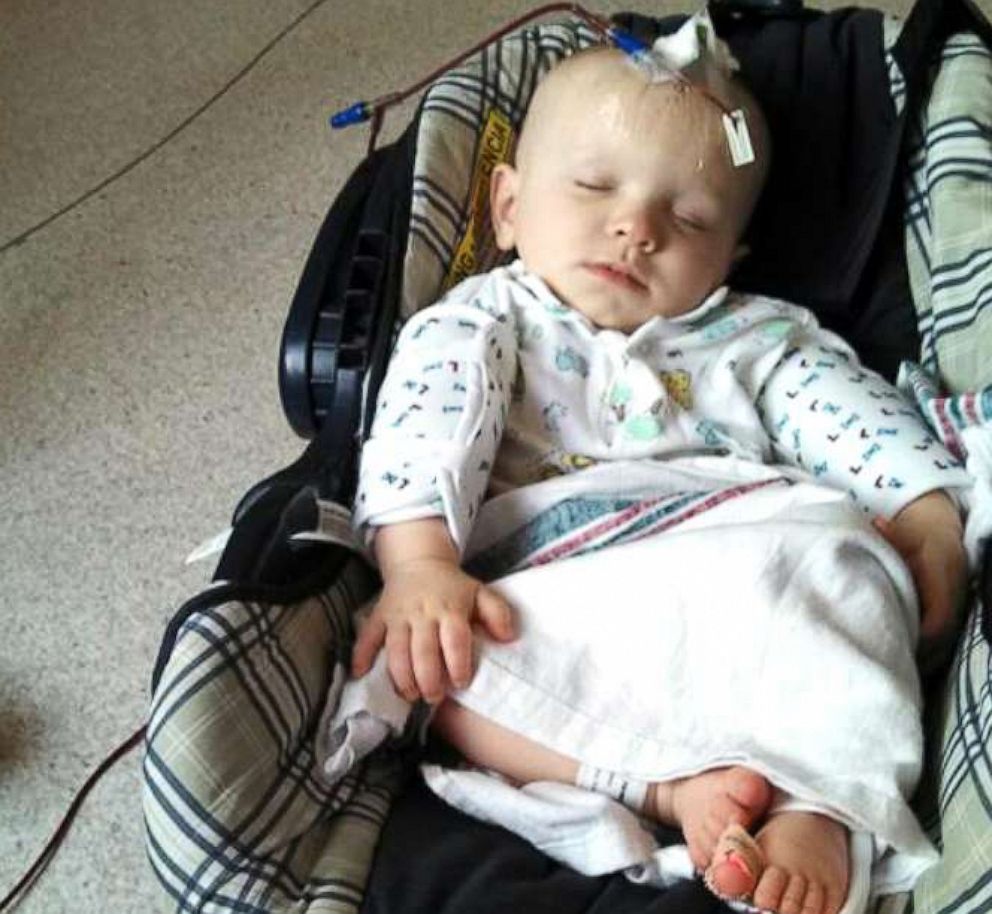 Instead, the perfect match for Gabriel was Gutt, who at the time of the 2013 transplant was 19 years old.

"They found Dennis through the Be the Match registry and on the day of the transplant they told us he was a 19-year-old from Europe," Smith said. "That’s all they were allowed to tell us."

"If the transplant hadn’t happened, if we hadn’t found a match through the registry, he wouldn’t be alive," Smith said of her son. "He couldn’t keep going through the transfusions."

(MORE: Boy who can't be exposed to sun gets a custom tent to play in his yard)

Gabriel is now an energetic second grader who is "totally healthy," according to Smith.

As Gabriel recovered, the family wondered who the 19-year-old in Germany was who saved his life. The family called him simply "the superhero" until two years after the transplant, in 2015, when the Smiths were allowed to learn Gutt's name.

Smith found Gutt on Facebook and began speaking with him on the social media site.

"I couldn’t believe I found the person who saved Gabriel’s life," she said. "Back when he got the transplant, we couldn’t believe that the donor was only 19, that somebody who was 19 years old saved our son’s life." 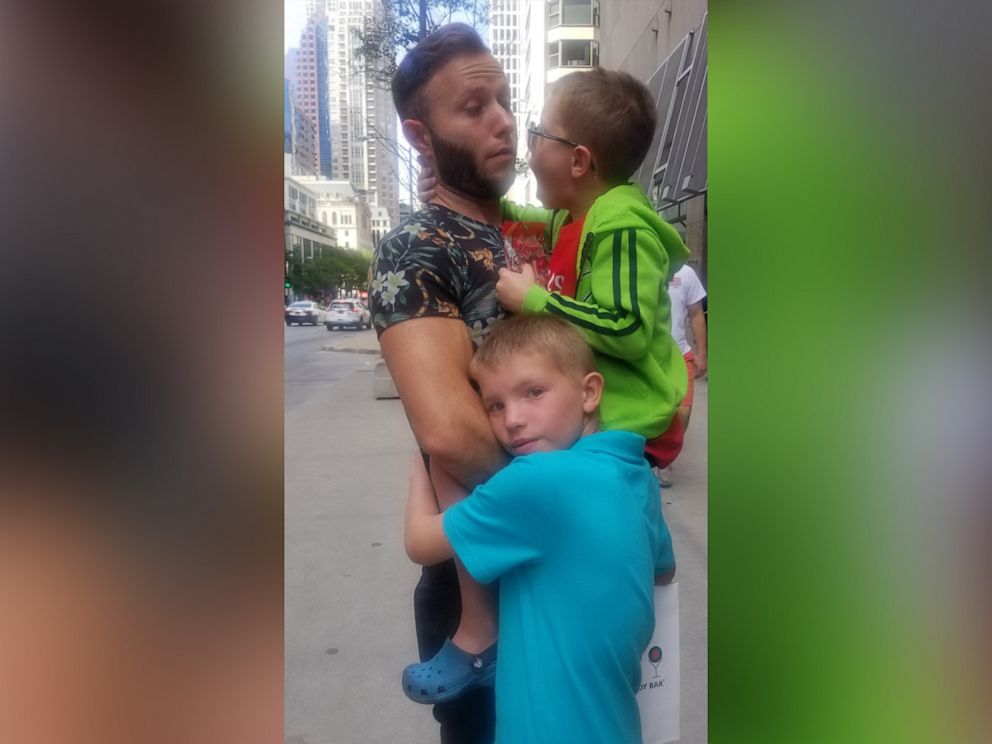 Gutt signed up for the Be the Match registry, the largest marrow registry in the world, when he was 18. He didn't know the fate of the person he donated to until Smith contacted him on Facebook.

"I saved another person's life because I donated something which regrows up in my body in a few weeks," Gutt told "GMA" by email. "Unbelievable."

Gutt spent several days in Springfield with Gabriel and his family, eating at their favorite restaurants and visiting historical sites in the city.

The family also took Gutt to St. Louis, where Gabriel received his treatment, and to Chicago, where they enjoyed a baseball game, visited museums and treated themselves to Gutt's favorite dessert -- ice cream -- nearly every day of the trip, according to Smith.

The trip was Gutt's first visit to the United States and the first time the Smith family had ever been on a vacation together.

"The connection was immediate. Immediately we were like family," Smith said of meeting Gutt. "It was the craziest thing I’ve experienced. He’s part of our family now."

Gabriel told "GMA" the best part of the week was meeting Gutt and "spending time with him."

Gutt described the Smiths as "the family I never had." 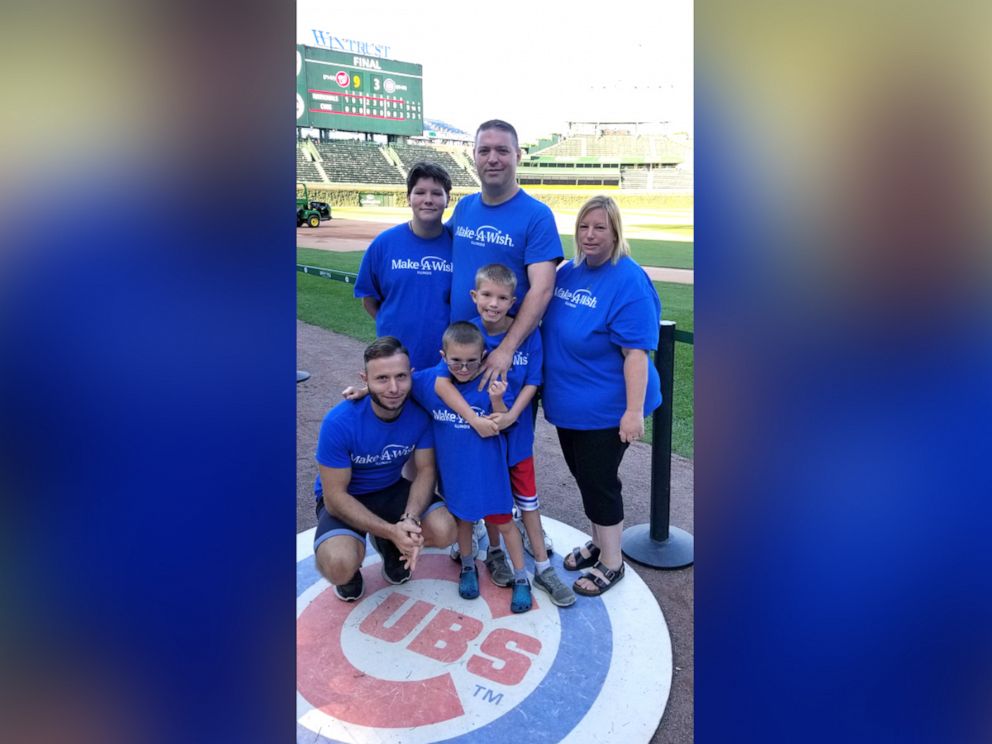 "It's like an invisible rope connected you to a family from other side of the world," he said. "I felt since the first moment like a part of their family. We bonded immediately and I hope forever too. That's my wish."

Gutt brought from Germany a wooden box he made filled with photos of himself as a child and German money and other trinkets for Gabriel. He also gave Gabriel magnetic blocks that the 7-year-old has played with ever since Gutt left for Germany, according to Smith.

The family plans to stay in touch with Gutt through social media and phone calls until they can see him again in person.

"We have plans that if we ever do get to Disney World, he’s coming with us," Smith said. "We want him to go because he deserves everything that we can do for him."

The Smiths said they are grateful to Make-A-Wish and also hope the story of Gabriel and Gutt inspires others to join the Be the Match registry, a process that involves just a simple swab of a cheek to collect DNA.

"If we could save one life through this, someone sees this and signs up and is a match, then we’ve done what we wanted to do," Smith said.