By Kieran McGirl, Anthony McMahon
Share —
Sign up for our newsletters to get GMA delivered to your inbox every morning!

Starting a family isn't always easy but it can be a particularly complicated process for aspiring parents in the LGBTQ community.

It's a struggle that fathers John Frenzer and Jeff Sautter know well.

Frenzer and Sautter are now the dads to two beautiful children, but getting to that point was harder than they ever imagined.

"When we first started considering being parents for the first time, the information that we had, what was out there was that our options would be really limited because we were a gay couple," Frenzer told "Good Morning America." 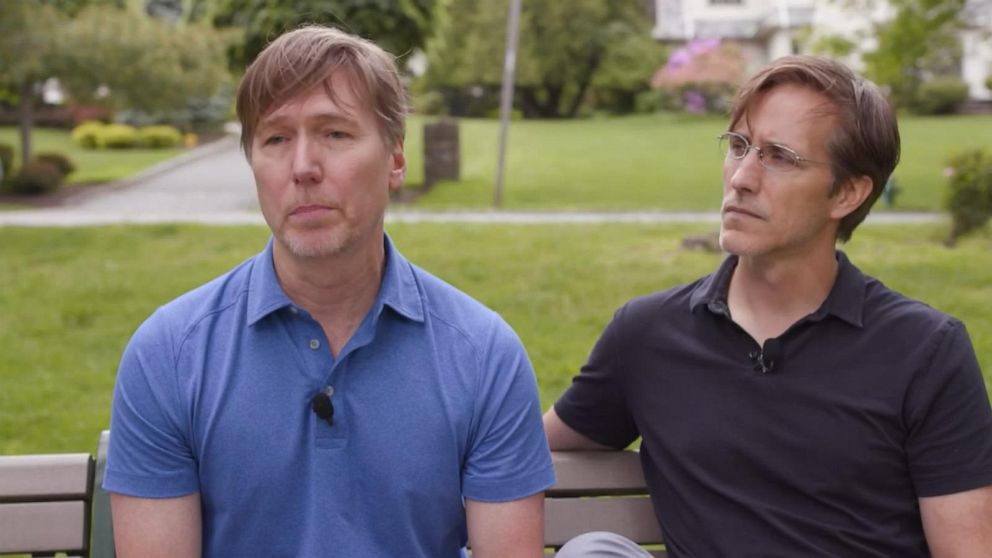 "There were very few states back in 2004 where a gay couple could adopt," Sautter added.

Eighteen years ago, there were only seven states in the U.S. where gay couples could adopt children and presently, there are still some states that permit taxpayer-funded adoption and foster care agencies to turn away qualified, would-be parents because they are gay.

MORE: How adoption helped shape this modern family: 'Unconditional love is a choice we make'

After the movie "Juno" came out in 2007, Frenzer and Sautter were inspired by one scene in the film to take out ads in PennySaver papers and spread the word that they were looking to adopt. They even included a 1-800 number in their ad.

"They call the number and they speak to a member of the team," Frenzer explained. "And in our case, the team says, 'Well, you're calling on the ad for John and Jeff and they're a gay couple. Are you open to that?'"

It may have sounded like a long shot but Frenzer and Sautter's PennySaver tactic worked and the couple said they're grateful for their family today.

Today, in addition to adoption, gay men can also consider other options such as surrogacy and IVF to build their families.

"Soon after gay marriage was passed around the country, more and more men started to use reproductive medicine to have children," Lisa Schuman, the director and founder of the Center for Family Building in New York, told "GMA." "Fertility treatment has increased and the costs have come down a bit and so it's become much easier for people to access and productive care now." 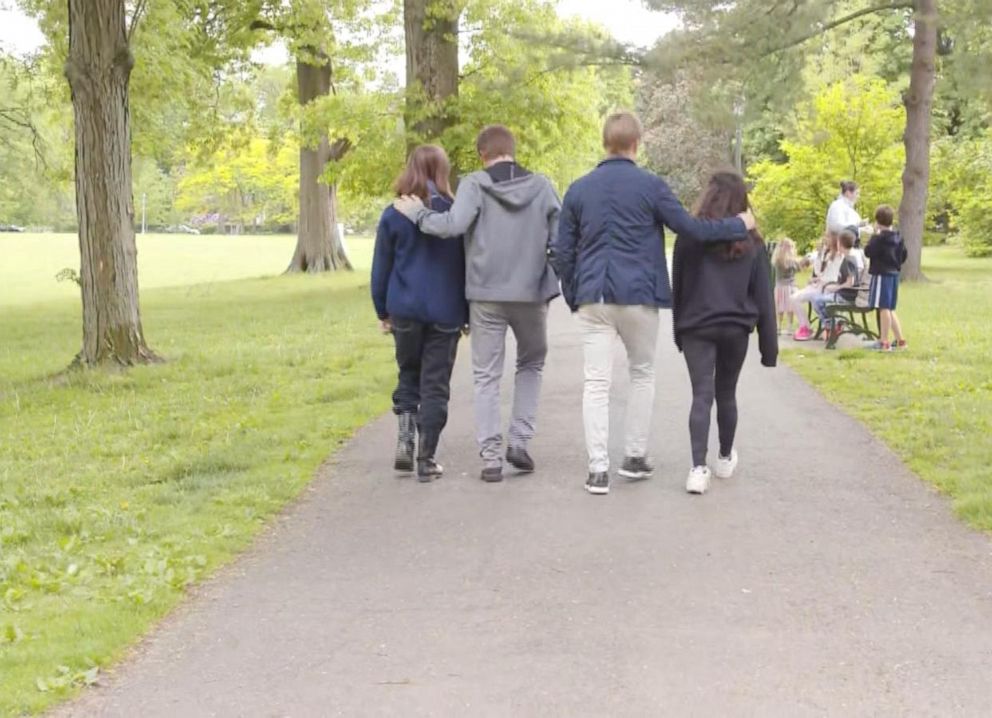 ABC News
John Frenzer and Jeff Sautter started to explore adoption in 2004 and now are dads to two children.

For women in same-sex relationships, the path to parenthood can be difficult as well.

"Some women choose to carry each other's children or genetics and that's called reciprocal IVF, where you make an embryo with one person's eggs and then you transfer that embryo into the other person's body, which is kind of a nice way for them to share the pregnancy," Schuman explained.

But this type of in vitro fertilization treatment is often expensive so Schuman recommends that would-be parents look into other options such as IVF with an embryo donation or a sperm donor and to plan ahead.

When Jamie Kelton and Anne Woods got married, they decided they wanted to have children so they visited a fertility clinic.

"We decided on an anonymous open sperm donor, which means the children can contact the donor when they're 18," Kelton explained to "GMA."

"We said we'll give one shot at IVF and if it doesn't work, then we'll move on," Woods added, referring to in vitro fertilization. "And then the IVF worked and we have Rose, our first daughter, who is 8 now."

After welcoming Rose, Kelton and Woods decided they wanted to have another child.

They went through the IVF process again, but this time Kelton got pregnant and gave birth to their second child, a son named Orion. 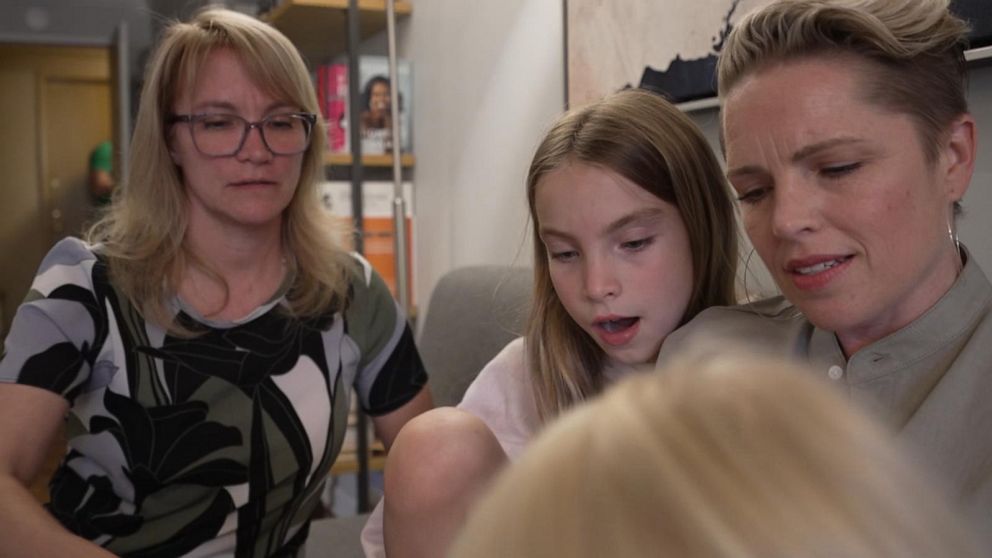 Even though the IVF procedures carried a big price tag – over $50,000 – Kelton and Woods said they wouldn't have changed a thing.

"Once you have that baby ... this whole struggle, you forget about so much of it," Kelton said. "We have the babies now and we're happy and it's good and everything's great." 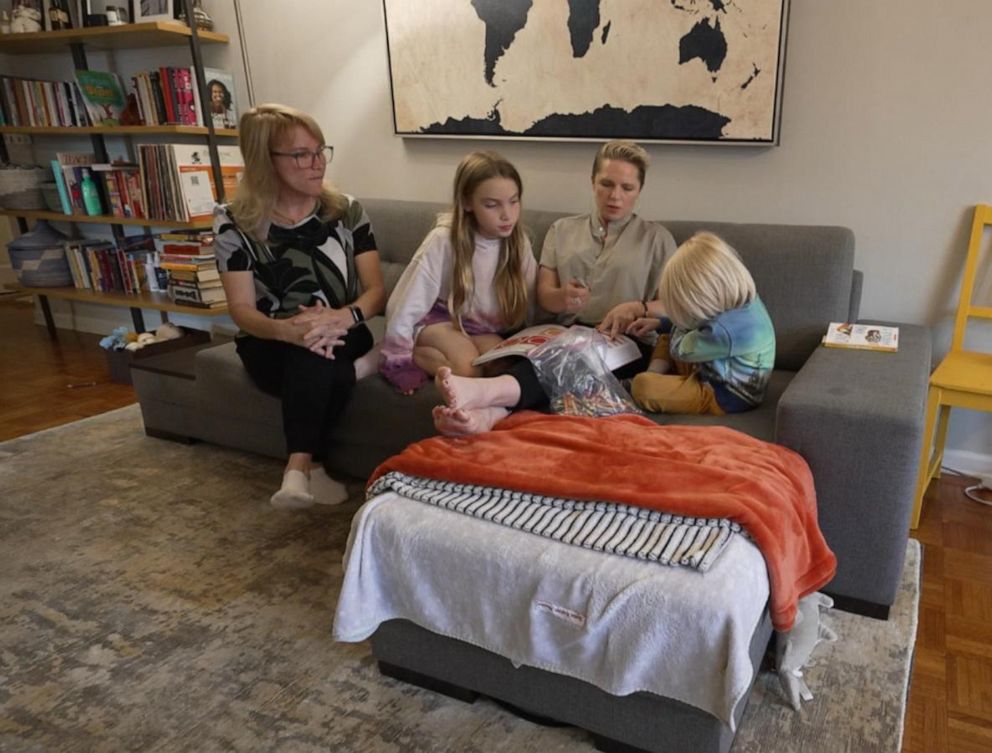 ABC News
Anne Woods and Jamie Kelton wanted to start a family. They turned to IVF to help them do that.

According to the U.S. Census Bureau and a fact sheet compiled by the Family Equality Council, an estimated 191,000 children are being raised by two same-sex parents and 29% of LGBTQ adults are raising a child.

Some companies now offer fertility and surrogacy benefits to employees, including LGBTQ couples. The IRS also offers a tax credit of over $14,000 to cover adoption expenses, such as legal fees.