A New Jersey mom couldn't be more proud of her daughter, who graduated with her doctor of psychology degree nearly two weeks ago.

To celebrate her accomplishments, Kendra Busbee, of Camden, decided to rent a digital billboard to publicly recognize and honor her daughter, Dr. Kristine Smalls, who received her Psy.D from Philadelphia College of Osteopathic Medicine on July 29.

"I am the proudest mom knowing that I have the most awesome daughter. I can't even explain the feeling that I have right now. She has done everything that a mother could wish their child could do," the 52-year-old told "Good Morning America." "I wish nothing but the best for her." 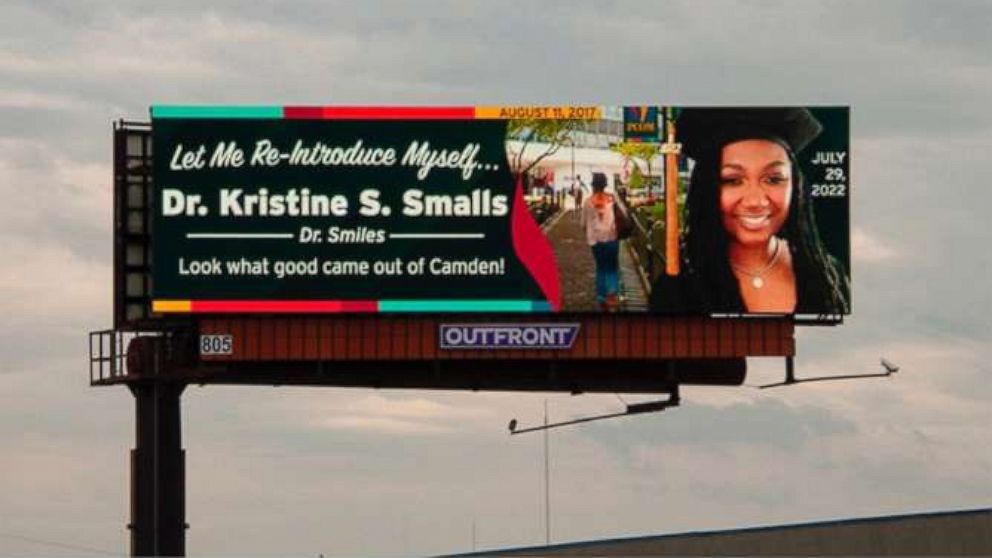 Courtesy of Kendra Busbee
Kendra Busbee rented out a billboard to celebrate her daughter, Dr. Kristine Smalls, a clinical psychologist.

Busbee got the idea to rent the billboard when her daughter mentioned a friend's mom had done something similar. At first, she dismissed the idea but then changed her mind.

"I said, 'I already know what I want,'" she continued. "I'm up late at night and I'm like, drawing my vision in my little notebook and what I want it to say, and [I was] so excited." 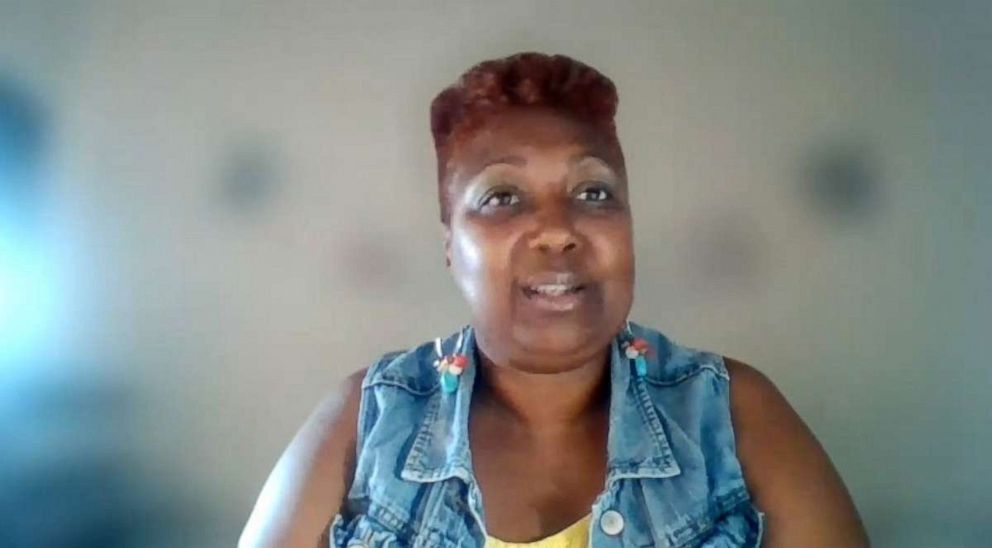 ABC News
Kendra Busbee said she's "the proudest mom" when it comes to her daughter's accomplishments.

Busbee kept the billboard a surprise from Smalls and, on the day it went live, arranged for friends and family to meet them at a parking lot by the billboard. She then asked her daughter to meet with her to see friends at a pub near where the billboard stood.

"I said, 'Oh I moved the car,' and we're walking to the car and she's like, 'OK, I don't know what's going on.' And she sees everybody outside of their car standing there, waiting. So she's thinking that I'm giving her a COVID party [for her graduation]," Busbee said. "I'm like, 'The billboard!' and she's like, 'Oh!' ... It was awesome."

Smalls' billboard featured a large photo of her in her graduation cap and tassel and read, "Let Me Re-Introduce Myself... Dr. Kristine S. Smalls -- Dr. Smiles -- Look what good came out of Camden!" 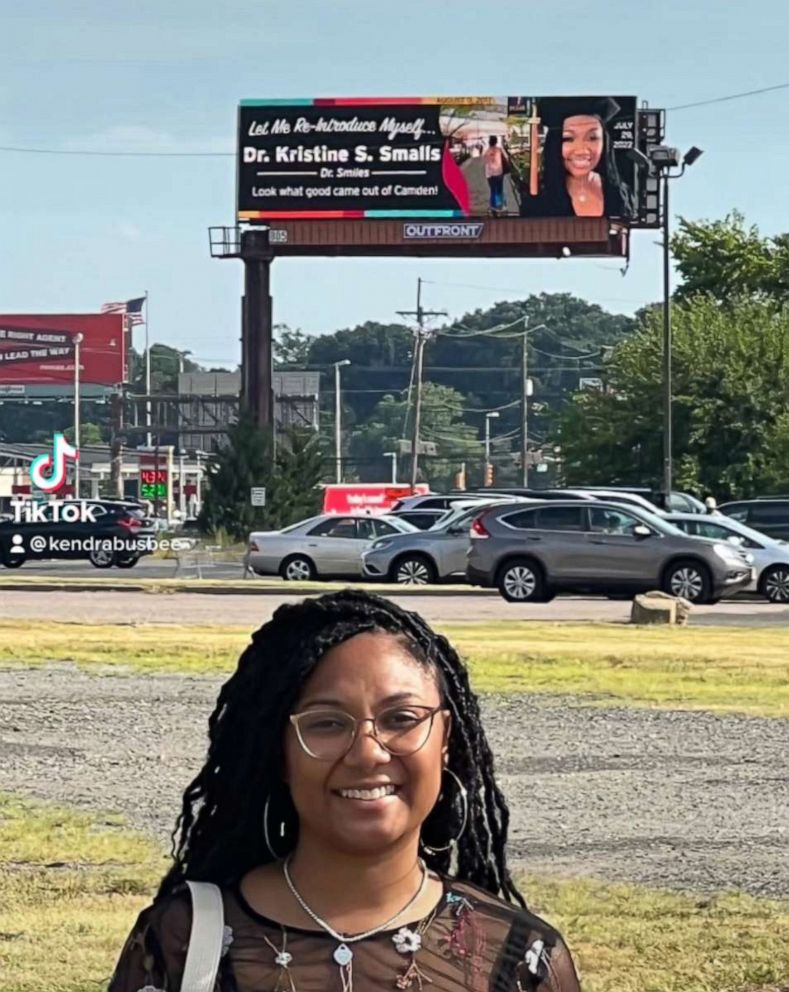 Courtesy of Kendra Busbee
Busbee said her daughter, Kristine Smalls, was shocked to see the billboard celebrating her and her achievements.

"She just stood there in shock," Busbee continued. "So I hugged her. She hugged me back. And I said, 'We did it, baby. You did it.' ... And then I played Jay-Z's 'let me reintroduce myself,'" she added, referring to the rapper's 2003 song "Public Service Announcement (Interlude)."

Aside from their community, who gathered to support her daughter, Busbee said she also felt the presence of her late mom, Doretha Busbee, there with them.

"My mom passed away when Kristine was at Kean University at undergrad. And my mom was very, very attached to my children," she said. 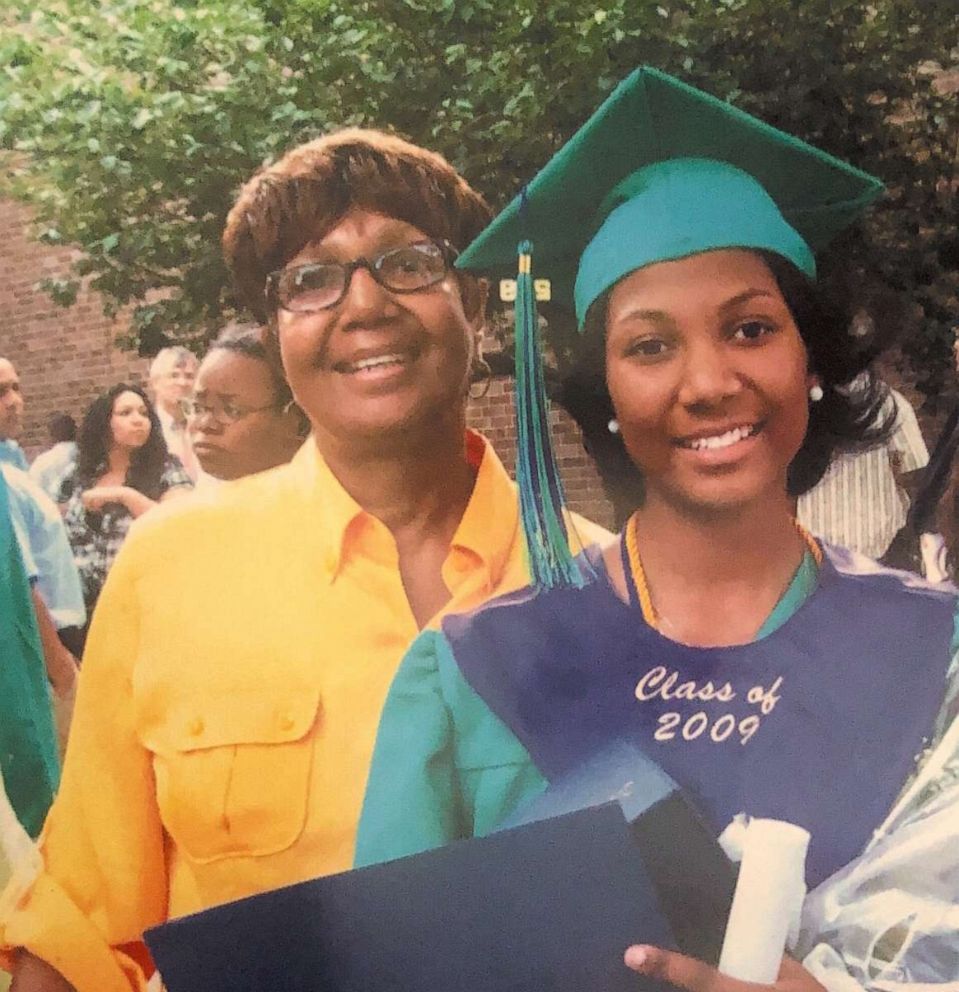 Courtesy of Kendra Busbee
Doretha Busbee, pictured with her granddaughter Kristine Smalls. Kendra Busbee said her late mom was close to her daughter and felt she was there with them when she surprised Kristine with the billboard.

Busbee, a mom of two, said her daughter, whom she describes as "very determined [and] very dedicated," has wanted to become a doctor since she was 5 years old and initially thought she'd be a pediatrician until she switched to psychology in college.

Smalls, now 30, completed a master's degree and then finished her five-year doctorate program this year, with a dissertation on "African American Women’s Perspectives on Mental Health." 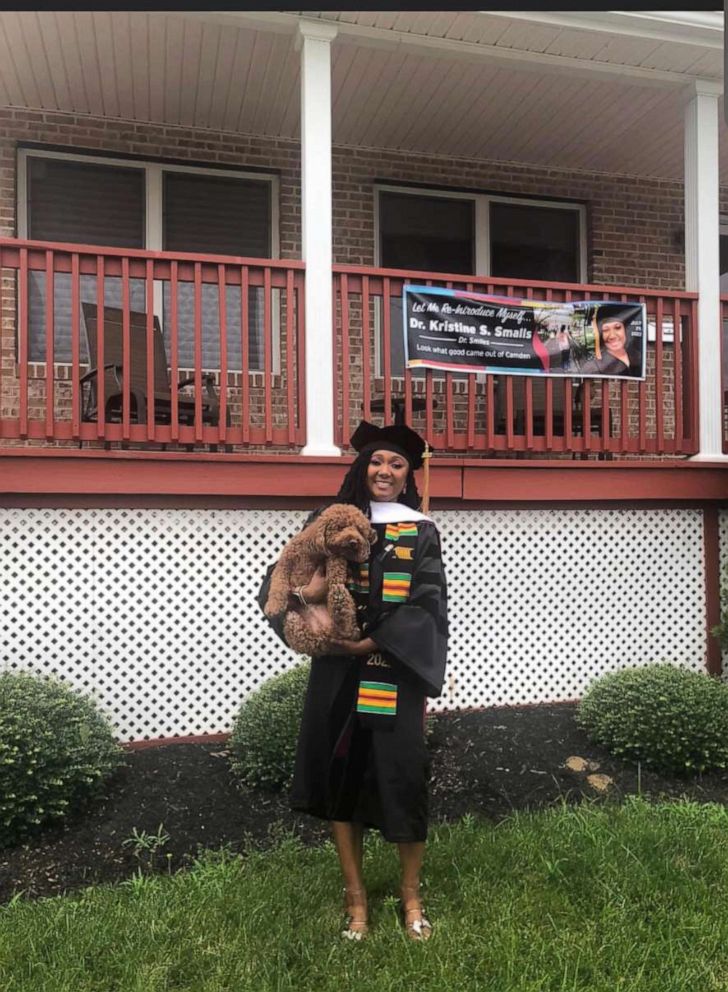 Courtesy of Kendra Busbee
Kristine Smalls graduated with her doctor of psychology degree from Philadelphia College of Osteopathic Medicine in July 2022.

In the fall, Smalls will begin a post-doctorate program with the Resilience, Empowerment, And Creating Hope (REACH) School Program, part of Springfield Psychological, a mental health practice based in Pennsylvania.