Putting up Christmas lights can be a Christmas dream or the stuff of nightmares for families during the holidays.

For one man from El Paso, what started as a sweet way to celebrate his daughter’s first Christmas became a Disney-inspired light show in his front yard.

“I’m thankful that everybody seems to be really enjoying it,” Rick Carrillo told “Good Morning America.”

On Dec. 1, Carrillo, a nurse from El Paso, launched a light show in his front yard to a crowd of 40 or 50 family, friends and neighbors.

The display, inspired by the "Happily Ever After" fireworks show at Disney World’s Magic Kingdom, features everything from a projection of classic Disney movie clips to a giant tree to lights synchronized with festive music.

“As a kid, we didn’t have a lot of money, and my dad was able to take us to Disneyland any chance he could, so we have a lot of memories with Disney shows … you just get this feeling that anything is possible, your dreams can come true,” Carrillo said. 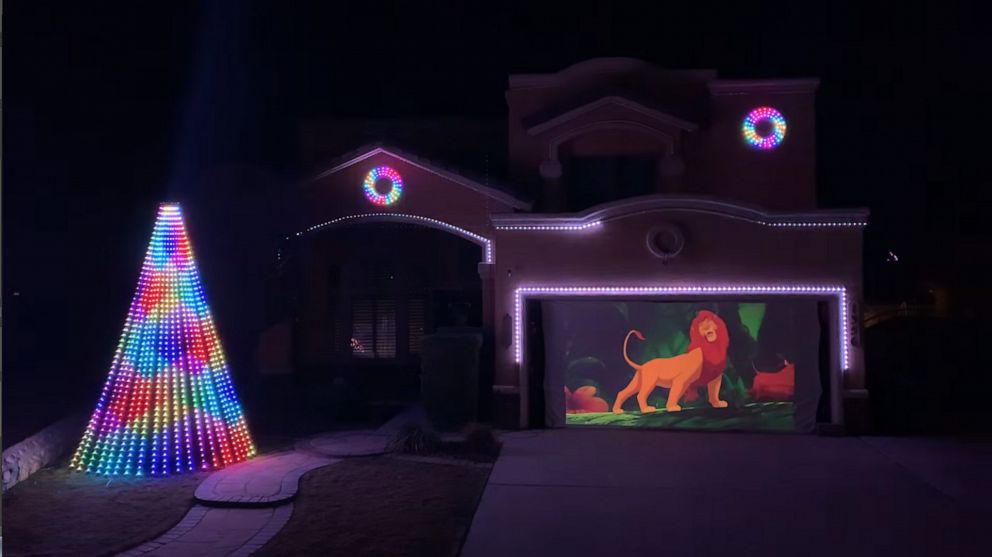 Courtesy Rick Carrillo
An image made from video shows a preview of the holiday light show put together by Rick Carrillo in El Paso, Texas, for the 2019 holidays. The show took months to plan and includes clips from classic Disney films.
Editor's Picks

He spent three months stringing and wiring lights across his house and yard and then spent an additional 70 to 100 hours on his computer making the video, editing the music and sequencing the lights.

(MORE: The story of the very 1st Christmas card)

Because he did all the “dirty work” last year, this year, he started preparing in early October.

“It takes time to build something like this, and I think the results speak for themselves,” Carrillo said. 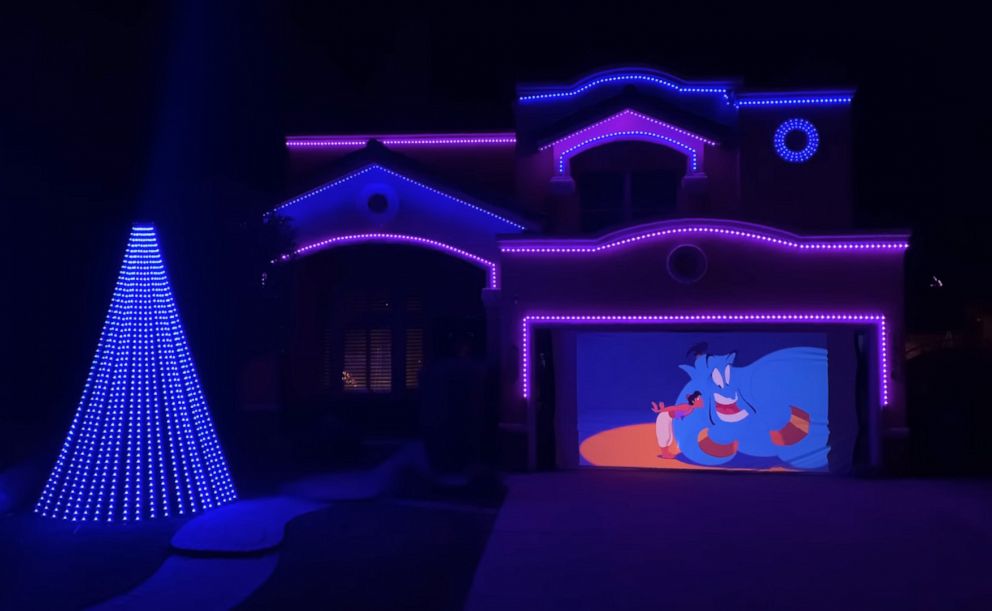 Courtesy Rick Carrillo
An image made from video shows a scene from the holiday light show put together by Rick Carrillo in El Paso, Texas, for the 2019 holidays. The show took months to plan and includes clips from classic Disney films.

He added that he wants his display to bring some much-needed Christmas joy to the El Paso community that has “been so good to (him and his family)” and has recently seen great suffering. Last August, a shooting at a Walmart in the city left 22 dead and dozens injured.

“This is a way for them to enjoy Christmas and get their mind off of things for a while,” Carrillo said.

This Christmas, he is planning to keep his lights up until Jan. 6. He also said that he hopes to continue the new tradition with his family for years to come.

“It’s going to be a lot of work, but we’re going to do our best to keep this going,” Carrillo said.