Sometimes all you need is someone to hold your hand.

Delta flight attendant Floyd Dean-Shannon, 44, is being heralded online for going above and beyond to comfort a frightened passenger on a recent flight.

In a little over a week, a photo of Dean-Shannon sitting in the aisle of the plane, holding the passenger's hand, has garnered more than 12,000 likes on Facebook. 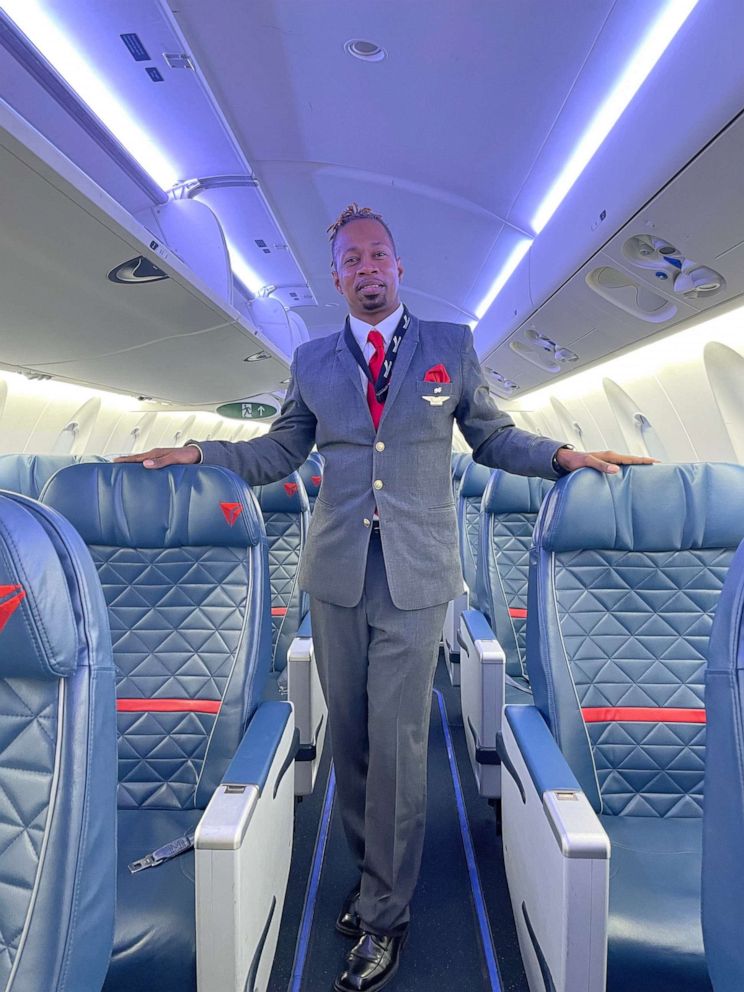 The Jan. 14 flight was an early morning shuttle from Charlotte, North Carolina, to New York City. Dean-Shannon said he noticed right away that one passenger was visibly uncomfortable when he was doing his routine walk-through.

"It was our first flight out," Dean-Shannon told "Good Morning America." "And it kind of dawned on me … she had a look like, 'I don't want to be here.' She was nervous."

MORE: Dad takes to the skies on Christmas Eve so flight attendant daughter doesn't have to spend holiday alone

Dean-Shannon said he decided to comfort the passenger before takeoff, explaining each step of the flight process. 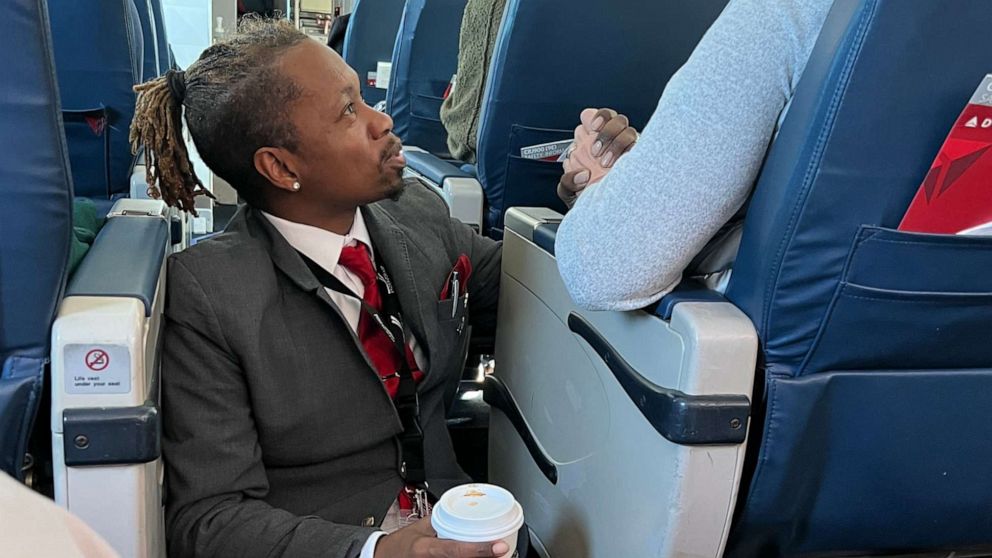 "I went on ahead and held my coffee and I sat there next to her for like 10 minutes explaining to her… 'So you're gonna feel like this or a little up and down feeling… The gears are coming out. You're going to hear all of this,'" said Dean-Shannon. "But I guaranteed the safety -- that if nothing was not right on this plane, we would never lift off the ground."

Dean-Shannon added that bringing the passenger a mimosa also helped.

MORE: This flight attendant calmed down a crying baby on her first flight in adorable video

"I'm happy I made her a mimosa, made her you know comfortable," he said. "She was relaxed. She was more calm. She was chit-chatting and taking pictures and everything."

Although Dean-Shannon has only been a Delta flight attendant for three months, he said he's always practiced kindness and patience, two qualities he said he learned from his mother and his sister.

"I have two people that actually taught me to act like that and they are both nurses," said Dean-Shannon. "I got a lot of love to give everybody and I try to hold that dear to me."

Dean-Shannon said he was grateful for the recognition, but in the end, he said he was just doing his job.

"When you get on an aircraft, it's not about us, it's about you," he said. "And if you're not feeling good, I want to be there to say, 'Hey, what's wrong? Is there something I can do?'"