Tina Fey made the term "sheet-caking" popular back in 2018 when she appeared on "Saturday Night Live" and manically ate a sheet cake as a way to get out her rage at the state of the country.

“I know a lot of us are feeling anxious,” Fey said. “We’re asking ourselves, ‘What can I do? I’m just one person. What can I do?’”

“Order a cake with the American flag on it, like this one,” she said, answering her own question as she picked up a fork. “And, um, just eat it.”

Take it from Tina Fey and get yourself a sheet cake. #WeekendUpdate pic.twitter.com/dsEm1VYQol

A few months after that now-famous "SNL" skit, chef Kathy Gunst expressed her rage at the Congressional testimonies and questioning of Dr. Christine Blasey Ford and now-Supreme Court Justice Brett Kavanaugh by going into her kitchen and baking.

"I listened [to the Kavanaugh hearings] obsessively and became more and more enraged with what I was watching and what I was hearing and how I felt that Dr. Blasey Ford, who was risking everything and speaking her truth was not rally being listened to," Gunst told "Good Morning America." "The science of baking became very soothing to me, the idea that if you measure your flours and you put in all your ingredients and you whip the butter, you will get results."

"That was very soothing to me during a time that I felt everything was erupting," said Gunst, a cookbook author, writer and resident chef for NPR's "Here and Now."

Gunst soon found she was not alone in turning to her oven to deal with her rage at the world on everything from the #MeToo movement to abortion rights under threat to the non-shattering of the glass ceiling when Hillary Clinton lost the presidency in 2016.

Gunst discovered the type of baking she and so many other women were doing even had its own name -- rage baking -- and its own hashtags, #ragebaking and #ragebakers.

The new book "Rage Baking" documents the baking and women's movement that Gunst stumbled into. It is written by Gunst and her co-author Katherine Alford, a 20-year veteran of the Food Network.

"When the right to a wedding cake goes all the way to the Supreme Court, baking is about more than just butter and eggs and flour," said Alford, referring to the recent court case involving Christian bakers in Oregon who refused to make a wedding cake for a gay couple.

Gunst and Alford reached out to dozens of women chefs, artists and activists who in total contributed more than 50 easy-to-follow recipes to the cookbook, along with an essay for each recipe. The cookbook contains tongue-in-cheek headlines like "The revolution will be catered," "No more humble pie" and "Whisk, fold, knead, rise up," and recipes with names like "Not taking any more 'sheet' cake." 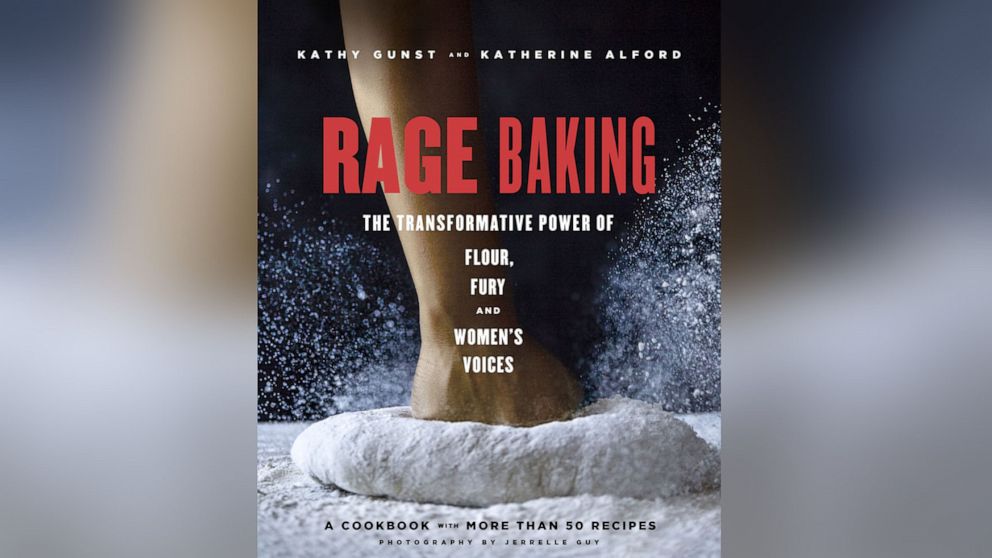 "Women have been doing this for a long, long time," said Alford, noting that when President Trump was elected in 2016 women met in their living rooms over coffee and homemade cake and ultimately hundreds of thousands of people turned up at women's marches across the country.

Both Gunst and Alford stress that rage baking is not about encouraging women to spend their time in the kitchen and "all will be well." It's the exact opposite, with them hoping the cookbook inspires action and even a new type of virtual bake sale to support female candidates and organizations that support women's rights.

"If you look back at women’s history, we take five steps forward and then we get kicked back, so I don’t think our rage is going to disappear anytime soon," said Gunst. "We are simply offering a conversation and voices and recipes to try and generate more conversation, more thought and give people a place to try and work some of this through."

Gunst said she found herself pleasantly surprised with a "sense of hope" after completing the cookbook.

"It’s made me realize again the strength of women when they bond together and the strength of community, whether it’s in or outside the kitchen," she said. "I hope that women will also come away with a sense of hope and motivation."

"Rage Baking" is available online and in bookstores now.

Try a recipe from the book below by Carla Hall. 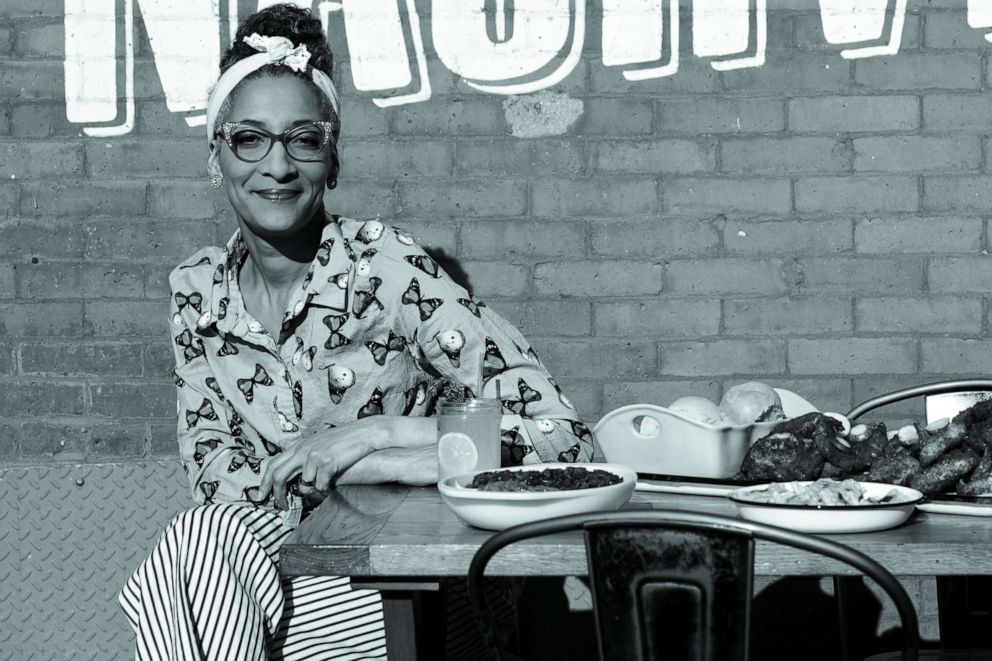 “This cake is inspired by one for a Coca-Cola cake that I found on one of my grandmother’s recipe cards,” writes chef, author, and TV personality Carla Hall. “This version is an homage to her, but amped up with the spicy flavors of root beer. If there’s one thing that I learned growing up around a lot of strong Southern women, it’s that our determination leads to results, and we need to celebrate each victory along the way, however small it may seem in the moment. Reward yourself with a piece of cake, then, once you’re fortified, get out there again.”

Directions:
Position a rack in the center of the oven and preheat the oven to 350 F. Mist a 10-cup Bundt pan with cooking spray or brush with butter.

Make the cake: In a large bowl, whisk together the flour, both sugars, the baking soda, cinnamon, nutmeg, star anise, and salt until evenly combined.

In a small saucepan, combine the root beer, butter, and cocoa powder and bring to a boil, stirring occasionally, until the butter has melted. Let cool.

In a small bowl, whisk together the eggs, buttermilk, vanilla, and ginger. Add the buttermilk mixture to the flour mixture and stir until all the flour is moistened. Stir in the cooled root beer mixture until just combined to make a loose batter.

Scrape the batter into the prepared pan. Bake until a toothpick inserted into the center of the cake comes out clean and the cake pulls away from the side of the pan, 50 to 55 minutes. Let cool in the pan on a wire rack for 15 minutes. Invert the cake onto the rack and let cool until just slightly warm.

Meanwhile, make the glaze: Bring the root beer to a boil in a small saucepan, then stir in the butter and cocoa powder until completely smooth. Pour the root beer mixture into a medium bowl, then whisk in the confectioners’ sugar, nutmeg, star anise, and salt until smooth and glossy.

Set the warm cake on the rack over a bowl or rimmed baking sheet to catch any glaze. Pour the glaze over the top of the cake, allowing it to drip down the sides. Let the glaze set, about 10 minutes. Serve warm or at room temperature.

If you serve the cake with a scoop of vanilla ice cream, it tastes like a deconstructed root beer float.

The cake can be stored, covered, at room temperature for up to 3 days.