By GMA Team
Video by Faith Bernstein
Share —
Sign up for our newsletters to get GMA delivered to your inbox every morning!

The 26-year-old singer was photographed at the A.W.A.K.E. runway show on Tuesday wearing a two-piece Simon Miller gingham suit along with gold body paint on her face and chest. She topped the look with a shearling-lined jacket.

While Doja Cat appeared to be enjoying the look, not everyone was a fan and took to social media to share their thoughts. 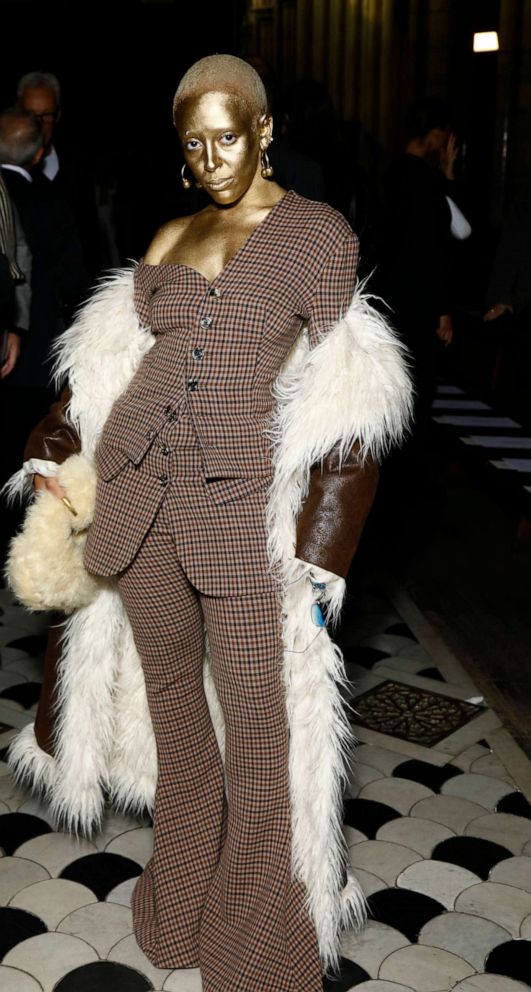 "The paint is making her look ugly," one Twitter user wrote. "When you do make up like this you still need to accentuate features. She look like a tired old statue."

Doja Cat later shared a screenshot of her response to the criticism. "I wasn't trying to look sexy or attractive," she wrote. "All of my makeup has a story and there are absolutely 0 rules, and if there were you wouldn't be the one making them."

Since responding, Doja Cat's tweet has received plenty of support with more than 38,000 likes and over 1,600 retweets.

One fan chimed in on the thread writing, "your makeup accentuates ur creativity and that's what matters."

Another wrote, "I love this. Not everything has to be sexy I love the way you express different things throughout ur makeup it's really amazing."

Doja Cat's gold glam wasn't her only foray into face paint this month. A few days prior, she was seen wearing blue and white mask-like face paint along with red lipstick.

She posted several photos of the look, which she paired with a black dress with cut-outs and matching gloves, on Instagram.

Doja Cat has expressed a keen interest in trying out different makeup looks before.

"Your face is a notebook," she told Allure last year.

"It's damn college notebook paper, and you just doodle all over it."