Apple Martin has officially made her Paris Fashion Week debut.

The eldest child and only daughter of actress Gwyneth Paltrow stepped out on this week's fashion scene to attend Chanel's Haute Couture Spring/Summer 2023 show.

She was photographed wearing a black and white tweed Chanel minidress and jacket set, finishing the look with a long crossbody bag and loafers. 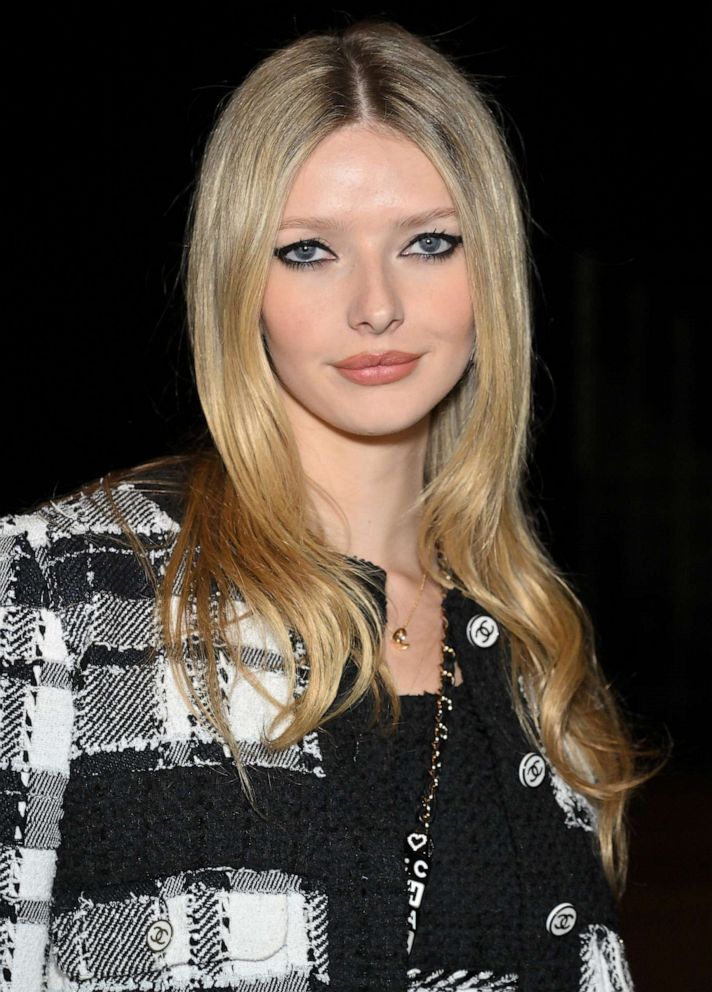 At the show, Martin sat alongside Lucy Boynton and Sadie Sink, who were also outfitted in stylish Chanel looks.

"Karl Lagerfeld met Apple Martin when she was 4 years old and declared that one day she'd be a Chanel girl. It happened today!" he captioned the series of shots.

Several commented on Blasberg's post saying how great Martin looked, including Paltrow, who left an apple emoji comment. She also wrote, "Actually, she was ONE."

Others pointed out Martin and Paltrow's resemblance. "She looks just like YOU! I had to double take. Gorgeous," one Instagram user wrote.

Martin's look was very similar to the ensemble her mother wore to Chanel's Haute Couture Spring/Summer 2016 show, a black and white ensemble that included a jacket, midi skirt and black round-toe pumps.

In addition to Martin's big Paris Fashion Week moment, other famous faces such as Kylie Jenner and Doja Cat made head-turning appearances this week.