Channeling Wednesday's classic style, Verrelien wore a white-collared button down dress as she posed alongside fresh white flowers in front of a basketball court.

"A moment in time Black #WednesdayAddams on a Wednesday," she captioned the series of images. 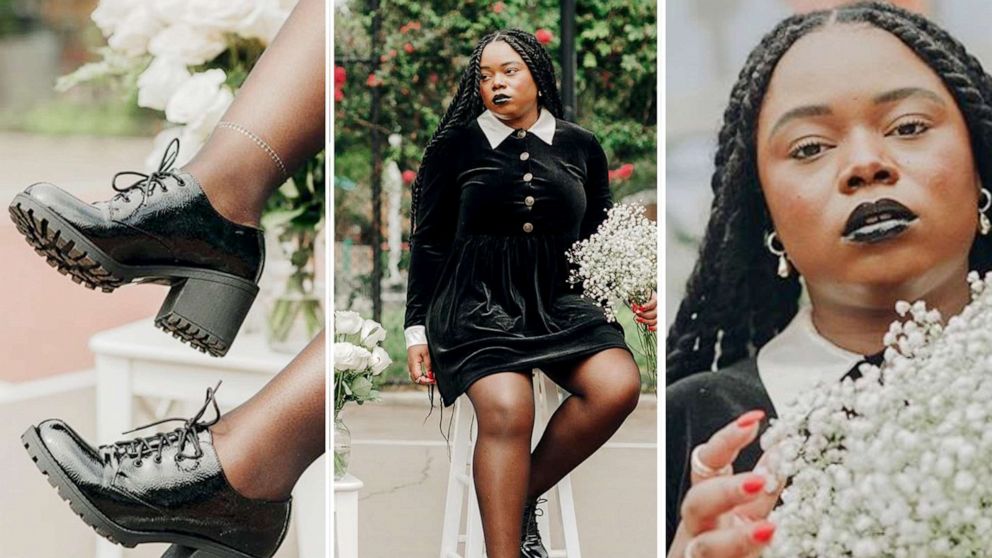 The distinctive set of captures was photographed by New York-based photographer Patrizia Messineo and it only took a few hours for everything to come together.

"I was inspired firstly by wanting to wear black lipstick," Verrelien told "GMA." "Weirdly enough, it started with lipstick and then I worked my way down. As I decided to pick out the outfit, Wednesday Addams came to mind and I decided that I wanted to resemble her, but be the Black girl version, braids and all."

She continued, "Wednesday is fierce, independent, smart and opinionated -- all of which I always inspire to be."

Verrelien was inspired by and wore Rihanna's Fenty Beauty Stunna Lip Paint Longwear Fluid Lip Color in "Uninvited," which is a smooth black hue that has a soft matte finish. 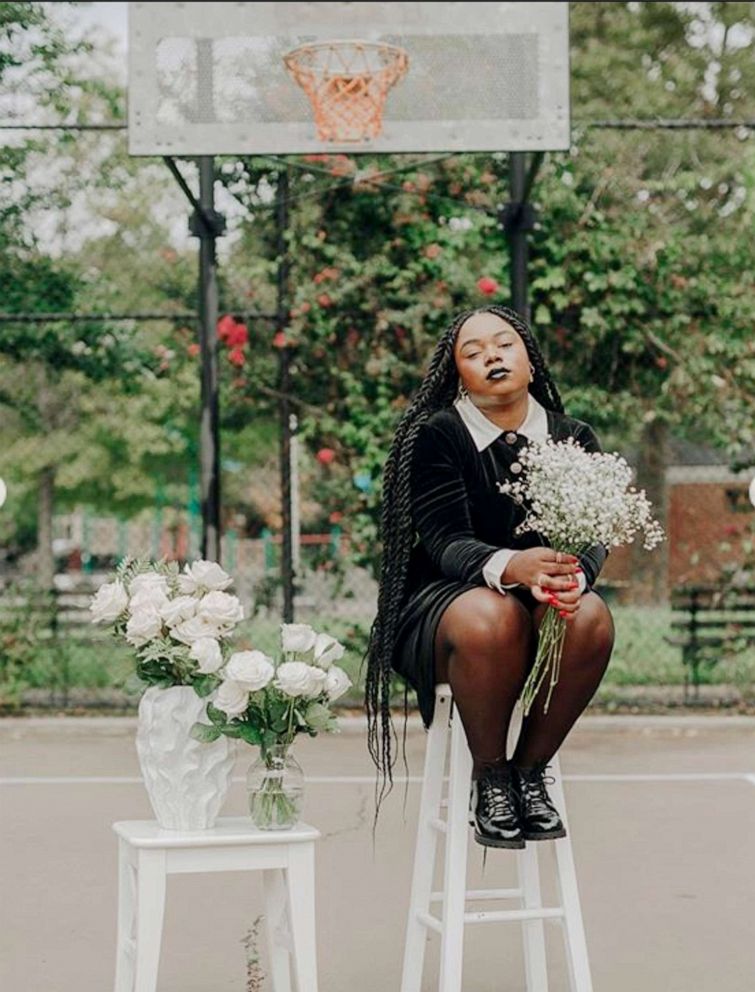 She credited her full outfit to picks she was able to get from ModCloth.

When brainstorming how to best execute a photo shoot around her Wednesday Addams ensemble, Verrelien knew she wanted the photos to give off feelings of being bold, fierce, chill and soft.

"I scouted a really cool basketball court that, to me, I considered to be chill," she said. "Then came the props, such as the flowers, as well as the matching white table, which brought in the softness that I desired for the shoot. Everything else from there was all about expressing that to the camera and hoping that my vision was reflected in the images." 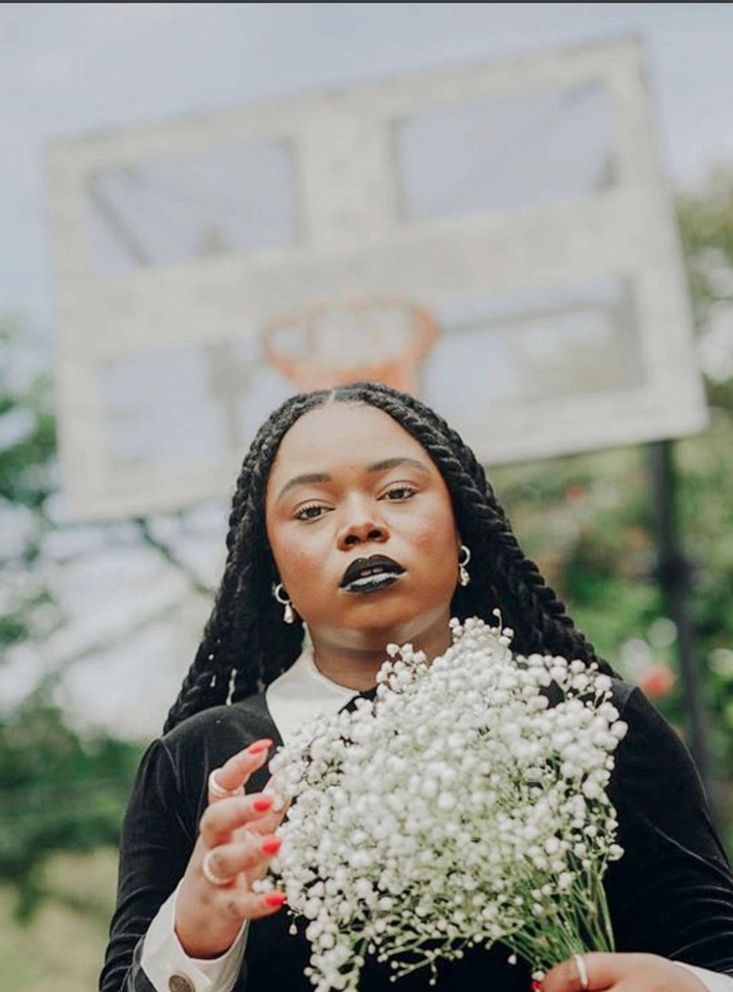 After creating a mood board, Verrelien was able to pull her head-to-toe look together in about 45 minutes. Since she already had what props she would use in mind, she was able to easily put everything together and begin to shoot. "The light was great that day so there was no problem," she said.

More than 4,000 people have liked Verrelien and Messineo's unique social share, with many leaving compliments.

"The vibe in these photos is so on point I'm having serious FOMO wow," one fan wrote. Another chimed in, saying, "It’s the perfection for me." 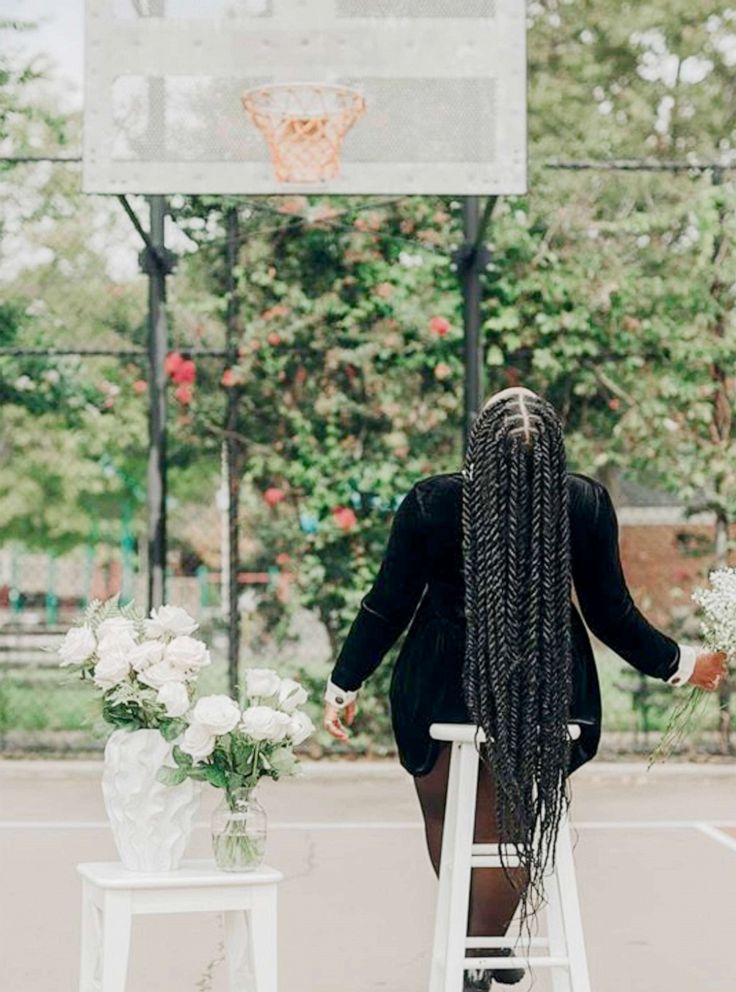 Verrelien revealed that while this was her first time dressing up as a fictional character, she's not opposed to doing it again.

"I am just happy that people love it," she said. "It always amazes me when people love my creative direction."

Verrelien added, "I hope people just gain the act of being bold, especially women. That is what I inspire to be more of, and what I was looking to show in all the images."