By Jacqueline Laurean Yates
Video by Nidhi Singh
Share —
Sign up for our newsletters to get GMA delivered to your inbox every morning!

There's never a bad time to help bring joy to the world, and one photographer is doing just that as she stars in her own Disney princess-inspired portraits.

On April 3, Atlanta-based photographer Symone Seven posted a photo of herself as Disney's Cinderella character. "Little black girl, you are a princess too," she wrote in the caption.

Since posting, Seven's self-portrait has received over 15,000 likes and many comments from fans saying how much they admire her beauty. Several others, also mentioned how much the photo inspired their daughters.

"This photo series began with me wanting to pay homage to one of my childhood favorites which were Rodgers and Hammerstein's 'Cinderella' musical featuring Brandy, Whitney Houston and a culturally diverse cast," Seven told "Good Morning America." "I would request to watch that movie daily as my mom intentionally raised me in a culturally enriched environment."

"As an adult, I found that my experience was uncommon, and I wanted to create those positive images for others that I was afforded. So here we are with four princesses down and eight more to go."

A few days after posting her Cinderella rendition, Seven posted another photo of herself as Disney's Jasmine character from "Aladdin." This photo also received thousands of likes and high praise on Instagram.

Seven said the idea of reimagining Disney princesses had been on her mind for a year. She started collecting reference photos, movie posters, re-watching the films, and finding clothes for the costumes. "I had a full wardrobe planned of modern melanin princesses and I wanted to drop this series around the March release of Mulan's live-action remake," she said.

MORE: I got a Mulan-inspired makeover at Disney World and the transformation was truly magical

However, as the coronavirus pandemic, puts a hold on the 2020 release of "Mulan," Seven had to develop a fresh take on her imagery.

"If I was going to do it, I had to do it in a way that only I could with the help of my ... photography and Photoshop" and her "cultural" background, she said. 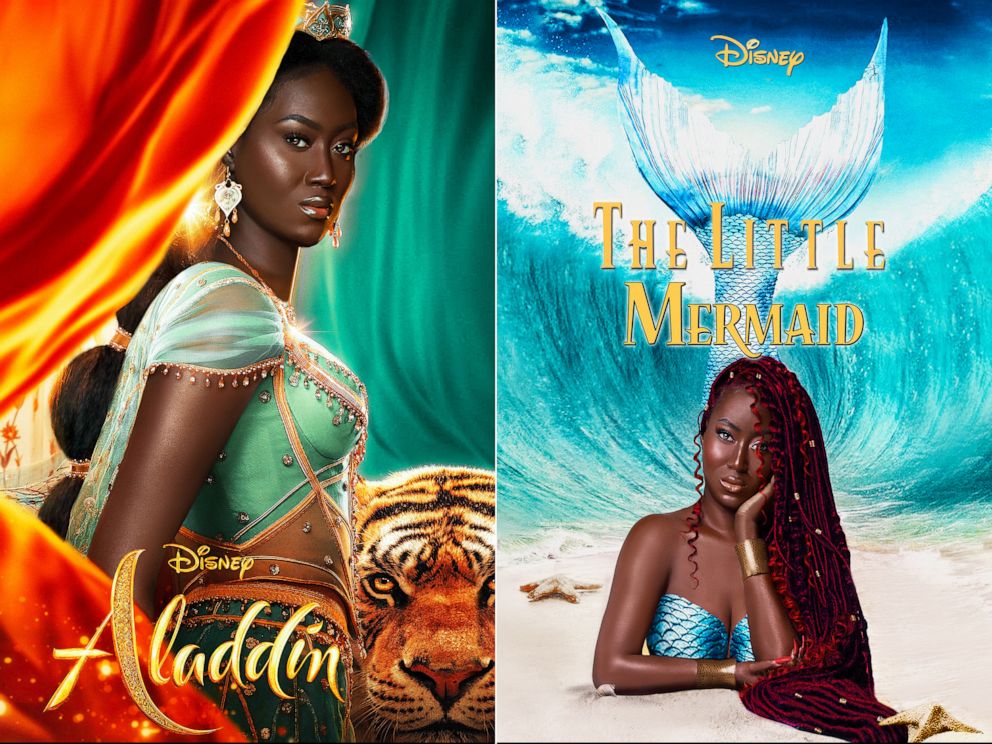 Courtesy Symone Seven
Symone Seven used her photography skills to capture herself as some of Disney's most beloved princesses.

One photo composite takes Seven approximately eight hours to complete from start to finish. She wakes up close to 6:00 a.m. to prepare and set up in her home studio. After she dresses up, it takes nearly 20 minutes to perfect her pose as she uses her mobile phone as a remote-monitor connected to her camera's wifi. Seven has strobe lights at her home studio but prefers to use natural sunlight in her living room.

For this project, Seven found Disney live-action posters or posters with similar themes and once she made photo selects, she inserted herself on the posters using Photoshop. From there, she edits for several hours and marries everything together using color grading.

After sharing her results on her social media platforms, Seven said her follower count doubled and has received nearly one million likes online. 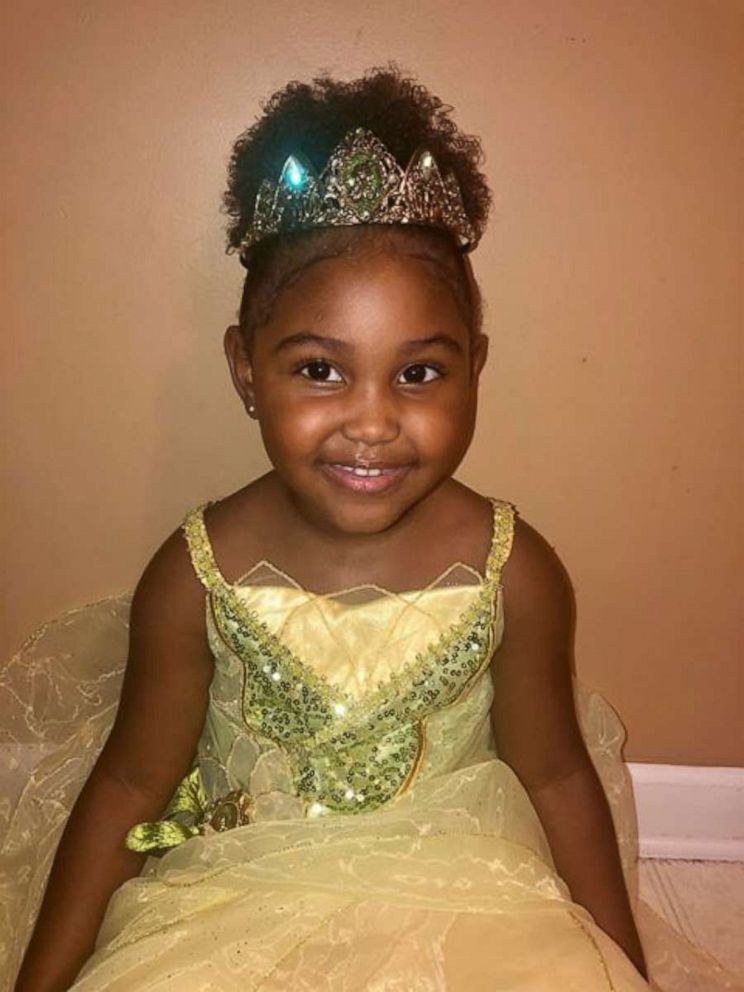 "The numbers are great but nothing compares to seeing the real stories people share with me in response," said Seven. "I've had children get so excited to see a princess that looks like them -- with brown skin and hair kinky like theirs."

Seven wanted to include children in her project and asked parents to send their child's creation or a photo of them in their best princess costume. With every new princess portrait Seven shares, she's been also sharing some of the submissions she's received.

"It's amazing to see black women embrace the representation, older women wishing they saw this growing up, minorities in other countries proud to be brown, parents thankful that their daughters can see this, childless women wanting to show their future children, and other races appreciating the aesthetic of it," said Seven.

She continued, "I've cried happy tears every day since I've debuted this series, and I'm only halfway through."