"It's an honor to be recognized by some of the most talented artists and designers in the world for simply doing what you love -- thank you," she told the crowd.

"I grew up in the Bronx -- some of you may have heard," she continued with a laugh. "So of course I had to wear Ralph Lauren tonight, also from the Bronx. I know he understands a girl's love of crop tops, ponytails, sparkles and a little drama."

She also spoke about how growing up in the '80s in New York shaped her style, as she tried to mimic Madonna, Cyndi Lauper and Janet Jackson, her "idols," by cutting up sweatshirts and jeans.

Lopez added that she was influenced by "the explosion of hip-hop at that time" in her neighborhood.

"Being in the epicenter of that -- the baggy jeans and the shell-toe Adidas and the Timberland boots, and lots and lots and lots of jewelry," she continued. "Too much jewelry was not enough jewelry. Some things never change. And of course my hoops, I can't forget my signature hoop earrings!" 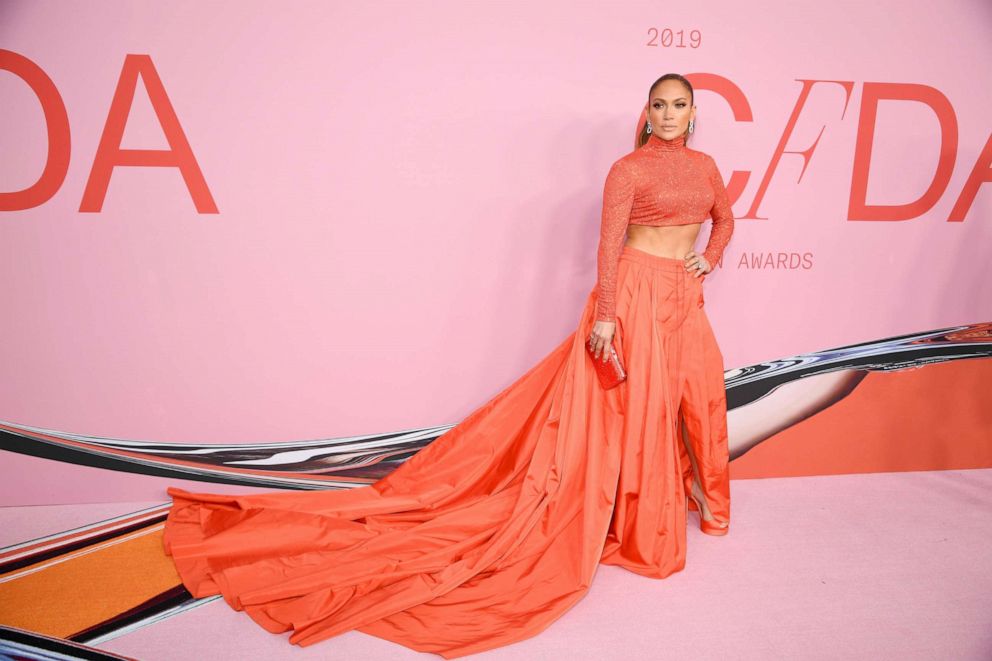 Lopez said she learned how much fashion would affect her life early in her career.

"I think we all realize the power fashion has right from the very beginning, when you wear your special dress and your daddy says, 'Oh, you look so beautiful!' and your grandma fauns over you," she added. "You understand that how people see you is important, and a lot of that is expressed in what you wear."

However, as her career grew, she said, she began to realize that what she was wearing could actually have a cultural impact on society.

"Whether it's in a movie role or a look in a music video that sets a trend for pop culture, or the red carpet, or transcending into a character, or giving you the confidence you need to perform in front of 20,000 people, fashion is about the powerful moments it creates that can inspire you and the world around you," she said. 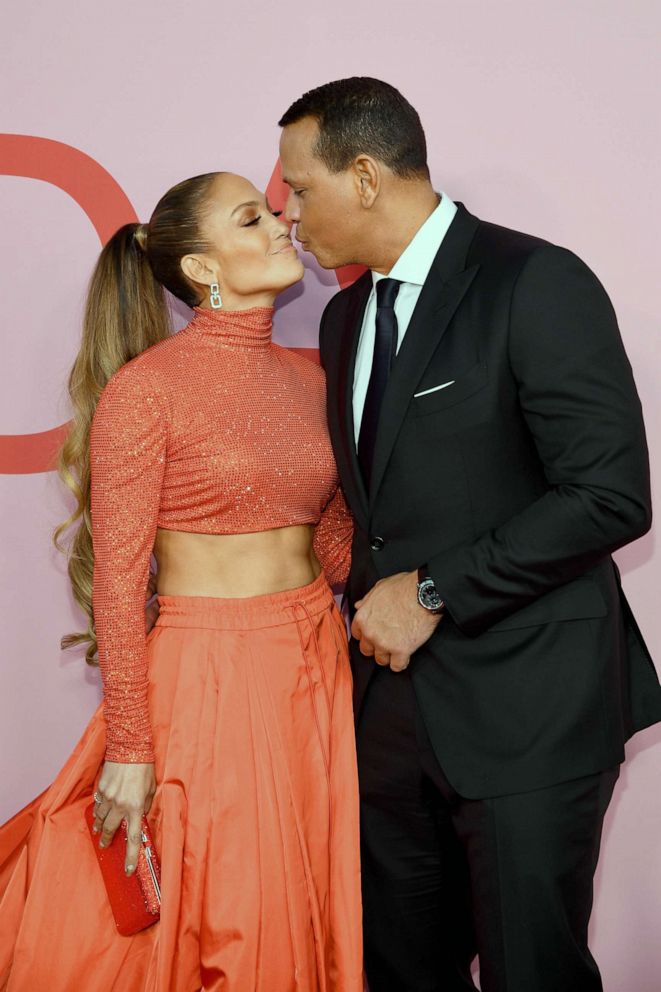 Lopez also spoke to how fashion body standards have evolved to become more inclusive as her career progressed.

"Sitting in the design rooms of Oscar de la Renta, Versace, Dolce & Gabbana, Gucci, and so many of you guys here tonight -- people who designed and allowed me to get into their designs, for a woman with curves like me…to say I was like a kid in a candy store is an understatement," she continued. "Slowly, as curves began to be embraced, the girl who wanted to combine street style with couture began to blossom."

The singer dedicated her award to the late professional makeup artist Kevyn Aucoin and late hairstylist Oribe, who she said, "helped turn me from an around-the-way girl to a girl who could grace a magazine cover."

"Together we created the most iconic looks, and I'm forever grateful," she said, also thanking members of her team, her stylists, Rob Zangardi and Mariel Haenn, and her family.

Lopez also spoke about what an exciting year she has ahead.

"I'm about to start a tour in celebration of a big birthday. You don't have to say it out loud! We know!" she said with a laugh on her upcoming 50th birthday. "It's also the 20th anniversary of my album 'On the 6,' and yes, it's almost been 20 years since that green dress."

"Since that moment, green has always been my lucky color. It's been around for 40 movies, 11 albums, a couple of babies, a couple of divorces, but countless great moments," she added. "As this night shows, there is so much to look forward to."