Julia Roberts knows how to make a style statement.

The actress showed up to the Kennedy Center Honors at The White House over the weekend wearing a cropped black blazer and a custom Moschino dress that included framed portraits of George Clooney all over it.

Her look was custom designed by Moschino creative director Jeremy Scott, and she completed the ensemble with subtle Chopard jewels and soft, tousled wavy hair. 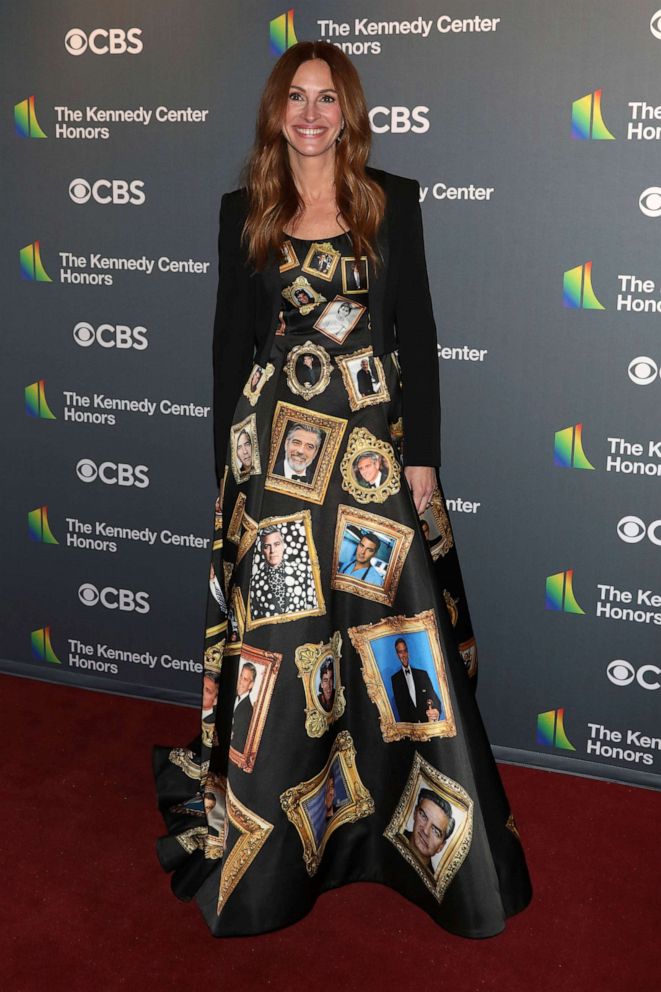 Robert's Clooney-printed ensemble was a shoutout to her longtime friend, who was among the honorees celebrated over the weekend. The Kennedy Center Honors recognize "artists who have made an indelible mark on the cultural landscape of America," according to the center's website.

Clooney was one of five honorees for the event and attended with his wife Amal Clooney.

Roberts, who attended the event with her husband Danny Moder, later changed into an all-black suited look.

This isn't the first time the "Pretty Woman" star wore a customized head-turning look. In September, she also paid tribute to her family on the red carpet for the world premiere of "Ticket to Paradise."

The Oscar-winning actress posed for cameras at that event wearing a custom Alexander McQueen look embroidered with the initials of her children Henry, 15, and 17-year-old twins Phinnaeus and Hazel.

Roberts' own initials were also embroidered on the gown alongside her husband's.