The mother-daughter duo shined and smiled for cameras, both wearing black dresses. Garner opted for a floor-length gown from Ralph Lauren's Fall/Winter 2022 ready-to-wear collection. She set the look off with vibrant red lipstick.

Violet -- who also celebrated her birthday on Thursday -- went for a patterned fit and flare mid-length Carolina Herrera dress that she paired with glasses and red pumps. 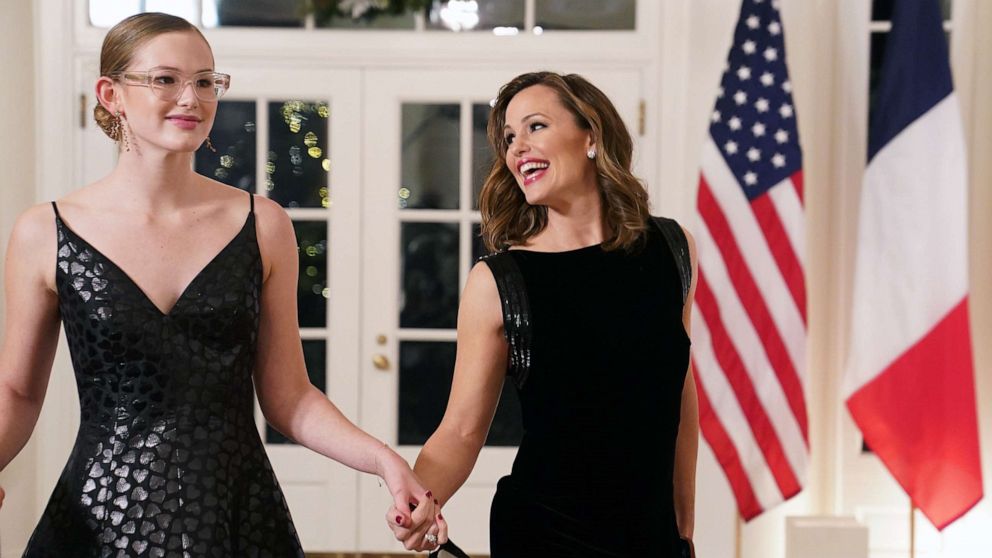 The state dinner, the first of President Joe Biden's presidency, honored Macron and his wife Brigitte Macron and was intended to strengthen relations between the two countries.

In addition to Garner and her daughter, more than 300 other VIPs attended the event, including "Good Morning America" anchor Robin Roberts, House Speaker Nancy Pelosi, and several other familiar faces. 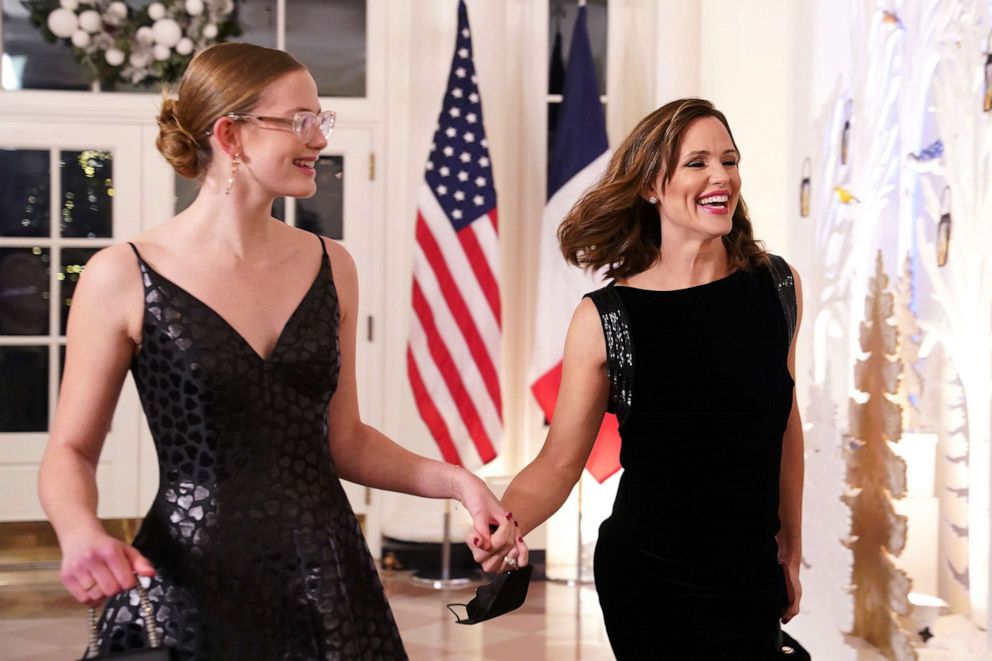 Garner shares Violet, as well as her two other children Seraphina Rose, 13, and Samuel, 10, with ex-husband Ben Affleck. The two married in June 2005 and were later divorced in October 2018.