Nose rings are clearly having a style moment right now, and Kim Kardashian and North West are here to prove it.

The mother-daughter duo were spotted out and about during Paris Fashion week twinning with matching chained nose rings, tiny oval sunglasses and pinstriped ensembles.

North paired her look with a black tie, vest, pleated skirt and chunky combat boots while Kardashian wore a dress and booties. 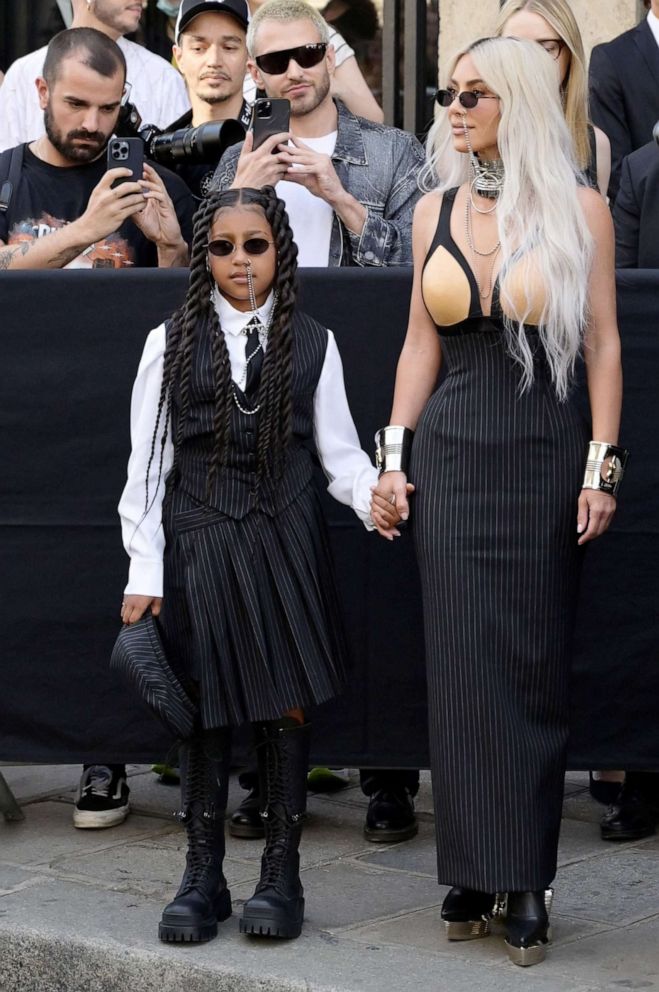 Just ahead of their matching mother-daughter moment, Kardashian was also spotted on Balenciaga's runway with other top celebrities such as Nicole Kidman, Dua Lipa and more.