Rihanna has continued to shine and break barriers, and now she's opening up about all of it plus more as the star of Vogue's May 2022 issue.

On Tuesday, the singer and entrepreneur revealed the alluring cover on Instagram where she is seen wearing a ravishing red lace bodysuit, gloves and shoes by Alaïa.

"Our lil fashion killa on da cover of VOGUE!!" the caption stated.

In a matter of two hours, the star's post received over 2 million likes with lots of fans calling out great she looks. 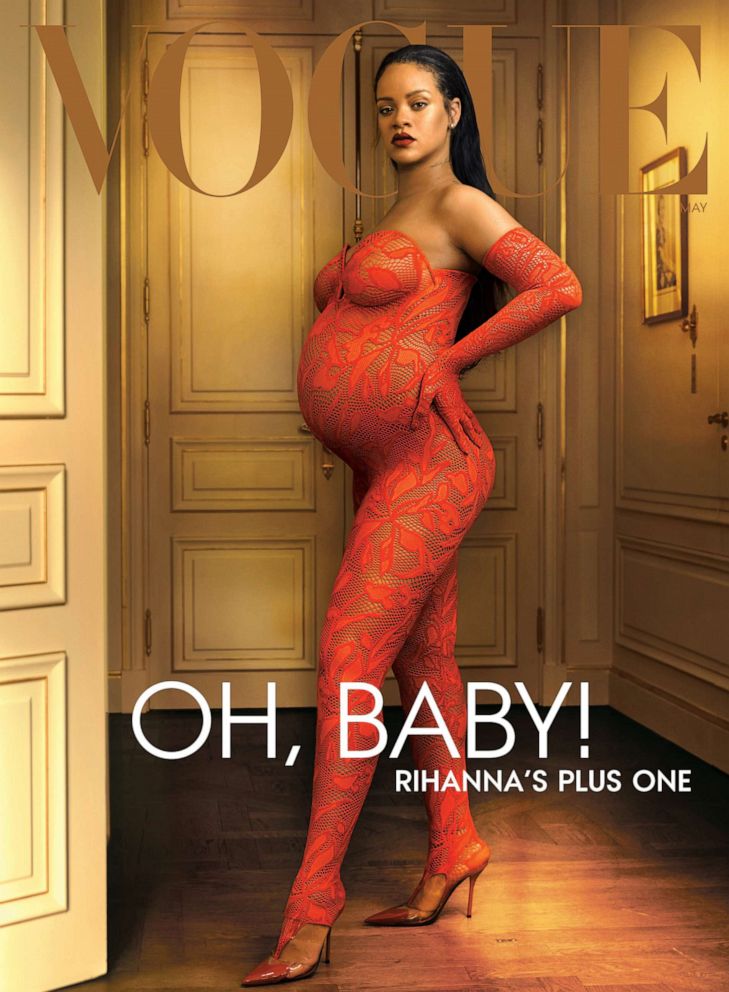 Courtesy of Vogue, Annie Leibovitz
Rihanna is the star of Vogue's May 2022 cover.
Editor's Picks

Since initially announcing her pregnancy with boyfriend A$AP Rocky, Rihanna has continued to serve up head-turning pregnancy style.

She spoke with Vogue about redefining pregnancy style saying, "When I found out I was pregnant, I thought to myself, 'There's no way I'm going to go shopping in no maternity aisle.'"

Rihanna continued, "I'm sorry — it's too much fun to get dressed up. I'm not going to let that part disappear because my body is changing."

Throughout the last few months, the singer has been seen wearing everything from crop tops and belly chains to trendy mini dresses and skirts. 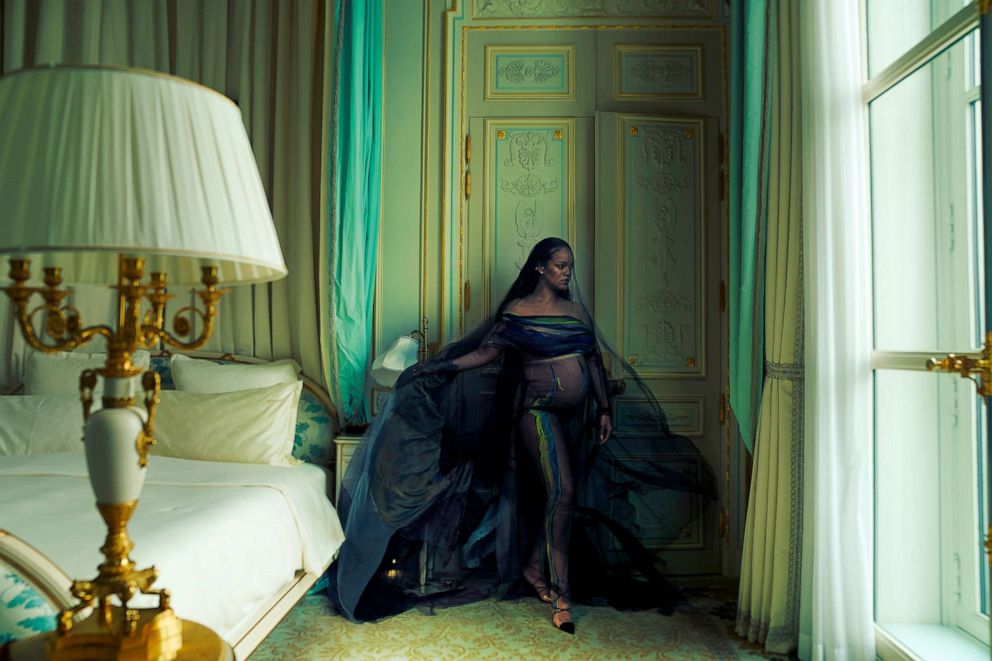 Courtesy of Vogue, Annie Leibovitz
Rihanna is the star of Vogue's May 2022 cover.

The Fenty Beauty founder also chatted with the publication about embracing the changes in her body, saying, "My body is doing incredible things right now, and I'm not going to be ashamed of that. This time should feel celebratory. Because why should you be hiding your pregnancy?"

She also expressed hopes that people are able to redefine what's considered "decent" for pregnant people.

In addition to talking about her fierce pregnancy style, Rihanna also spoke about her romance with A$AP Rocky and how the couple grew closer during the pandemic.

"He became my family in that time," said Rihanna. "I cooked our food on this little janky grill I bought from Walmart. I still have it, too. It works like nobody's business. I love the simple things but also the grand adventures. There's no pretentious my-brand-your-brand b-------, it's just us living. I just feel like I can do any part of life by his side."