School is back in session, because "Abbott Elementary" is back for its highly anticipated second season.

After receiving all As for its freshman outing, the ABC series returns for what creator, star and executive producer Quinta Brunson described to "Good Morning America" as "more meaningless sitcom-y fun."

"Abbott Elementary," a mockumentary following a group of teachers at the titular fictional predominantly Black school in Philadelphia, has been praised for being equal parts heart and laughs.

Brunson told "GMA" the show will "absolutely" continue giving back to real-life teachers, as they are the show's source of inspiration.

5:42
The star, creator and executive producer of the hit sitcom also discusses her recent Emmy win.

"Making this kind of show, it only feels good if we're also helping the people who are the subject matter," the actress said.

Read on to learn everything we know about "Abbott Elementary" season 2.

When does "Abbott Elementary" return for season 2?

"Abbott Elementary" returns for season 2 Wednesday, Sept. 21, and will air new episodes Wednesdays at 9 p.m. ET on ABC. Those new episodes are available to stream on Hulu the following day. 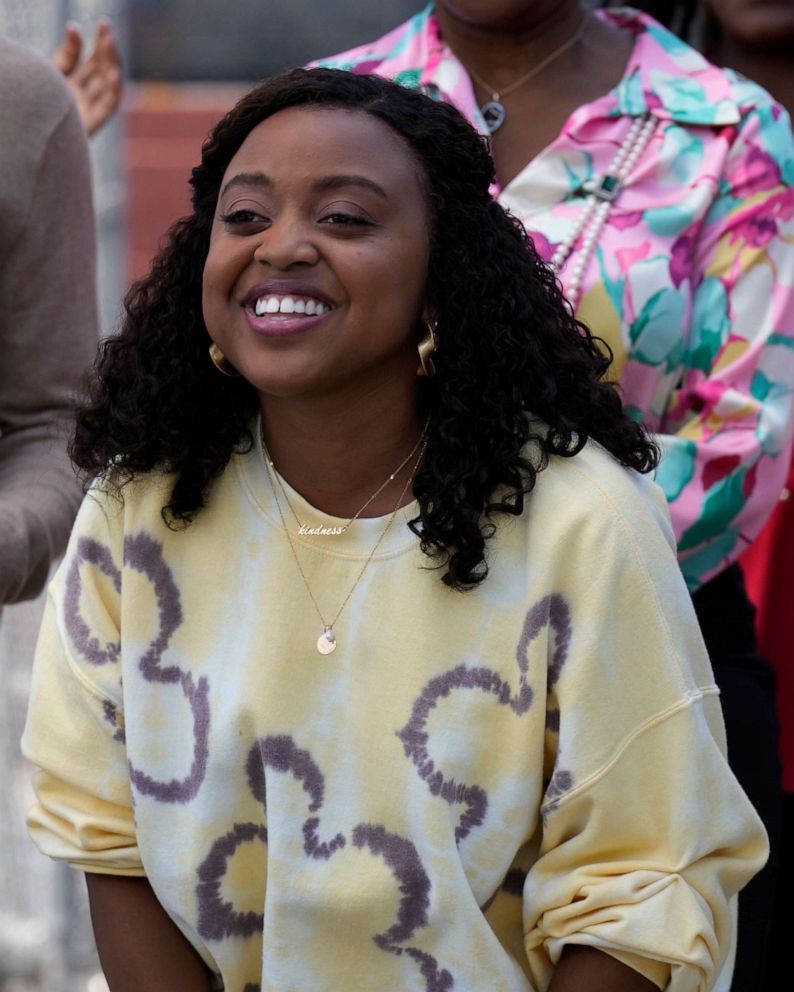 Who in the "Abbott Elementary" cast is returning for season 2?

Good news: All the teachers you know and love are returning for season 2 -- and one Abbott Elementary employee has even been promoted.

That means Janine Teagues (Brunson), a second grade teacher known for her optimistic outlook; Gregory Eddie (Tyler James Williams), who has gone from substitute to full-time first grade teacher; Ava Coleman (Janelle James), the hilarious school principal; Melissa Schemmenti (Lisa Ann Walter), a second grade teacher who always knows somebody; Jacob Hill (Chris Perfetti), an awkward teacher who is best friends with Janine; and Barbara Howard (Sheryl Lee Ralph), a pearl-clutching kindergarten teacher who is Janine's mentor -- whether she likes it or not.

William Stanford Davis, who plays Mr. Johnson, the school's janitor, has been upped from recurring cast member to series regular this season.

Will there be guest stars on "Abbott Elementary" season 2?

In addition to the main cast, a few new faces will be featured on "Abbott Elementary" season 2 in guest roles, according to ABC. First up is Leslie Odom Jr. as Draemond, the owner of a string of charter schools in the area who pays a visit to Abbott.

Other guest stars include Lauren Weedman as Kristin Marie, a tough-talking teacher from a neighboring school who bears a striking resemblance to one of Abbott's own, and Keyla Monterroso Mejia as Ashley, a teacher's aide at Abbott Elementary whose go-with-the-flow personality contributes to classroom chaos.

Brunson also teased during ABC's summer TCA virtual panel that the show has booked the "biggest celeb cameo of all time" for the season 2 premiere, teasing reporters that she was "over the moon" with who they got. 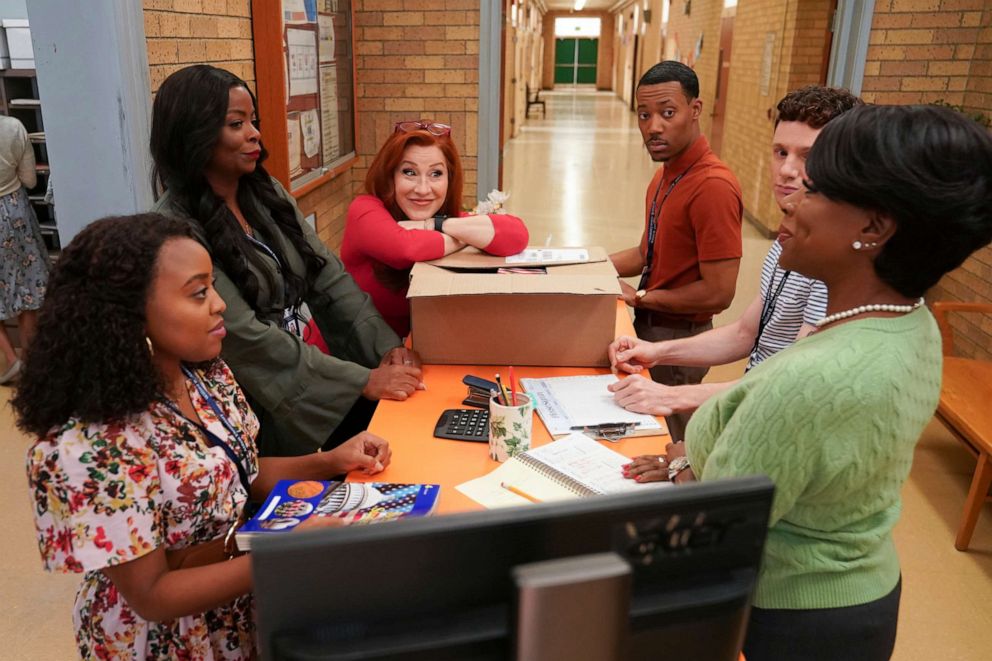 How many episodes will "Abbott Elementary" season 2 have?

While the first season had a midseason premiere and consisted of just 13 episodes, season 2 is going to be much bigger. It's going to run throughout the 2022-2023 television season and consist of 22 episodes.

"More episodes have been exciting, but also, I want to make sure that we have things for people to tune into and be excited about each week. That's just hard to do with 22. With 13, I knew I could put something in there that would make people show up," Brunson said. "So I want to make sure they will be back with us every week that we are on the air."

What acclaim has "Abbott Elementary" received?

The first season of "Abbott Elementary" was a hit with both critics and viewers, with the show earning a 98% from critics and a 90% from audience on Rotten Tomatoes.

ABC also noted that, on average for its complete first season, "Abbott Elementary" stands as the network's highest-rated new comedy among adults ages 18-49, the key demo, after seven days of viewing across linear and digital platforms since the first season of "The Conners." 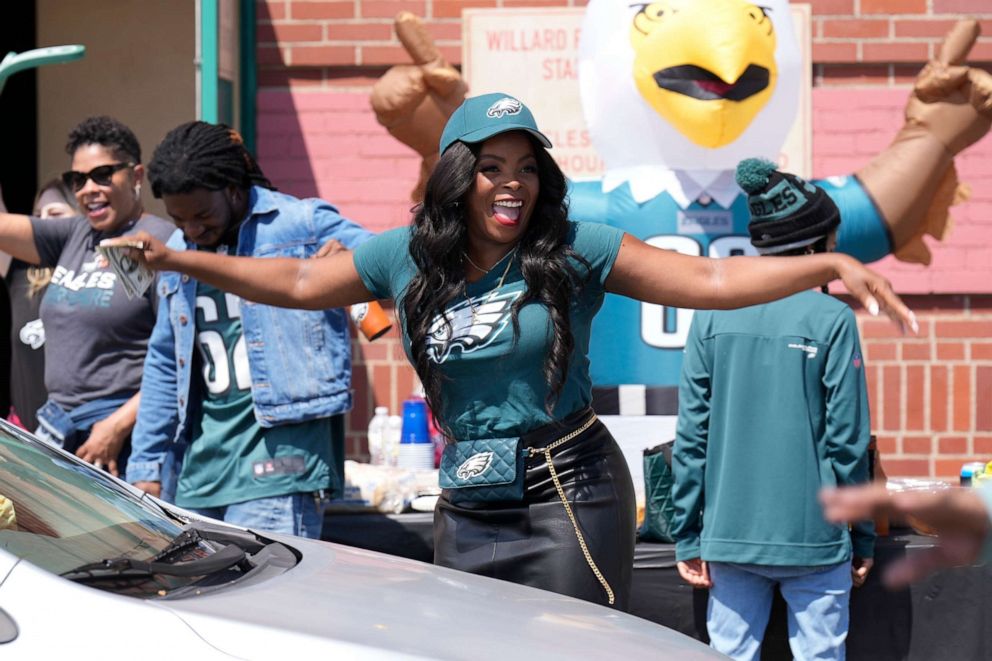 What the "Abbott Elementary" cast is saying about season 2

Ralph told "Good Morning America" returning to film season 2 felt the "exact same" as kids returning to school after summer break, and for the actors it felt like "trying to claw our way through clay" to get back in the swing of things. "So it took a minute, but we all got there," the actress said.

Brunson also teased that the show is diving into the home lives of teachers more in season 2, saying the move is to help "flesh out the back stories of these characters a bit more and give viewers something that they didn't have the first season."

"Abbott Elementary" airs Wednesdays at 9 p.m. ET on ABC. Episodes are available to stream the next day on Hulu.