After kicking their trip off at Boston City Hall to help Mayor Michelle Wu light Boston buildings and landmarks green in honor of William's Earthshot Prize initiative, the couple headed to TD Garden for a basketball game between the Boston Celtics and Miami Heat. 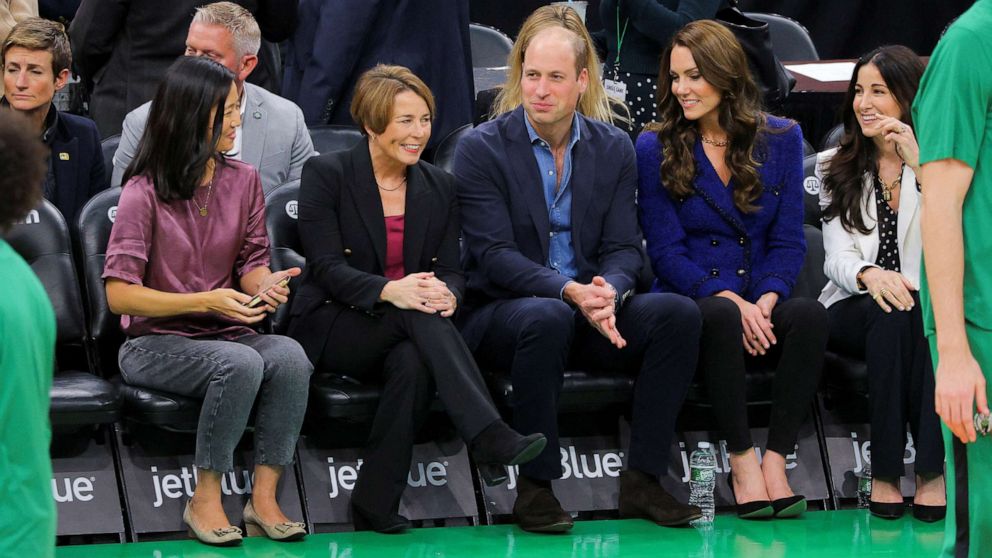 William and Kate's trip to Boston is their first trip to the United States in eight years, and their first international trip as the Prince and Princess of Wales, following the death of Queen Elizabeth II in September. 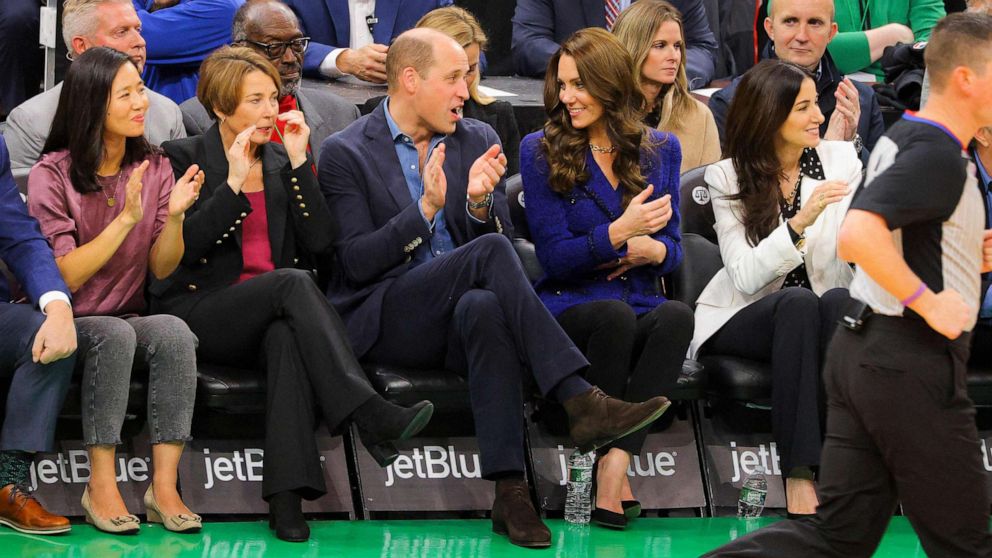 The couple received loud cheers at the Celtics game, but also some booing after they were shown on the Jumbotron. At one point, there were also cheers of "USA" from the crowd after William and Kate appeared on the screen, according to Chris Ship, royal editor for ITV News, who attended the game.

So both times William and Kate appeared on the @tdgarden big screen there were cheers but also some boos.
Along with chants of “USA, USA”.
Some say it was expected at the Boston team @celtics with such strong Irish roots.
But, still, not something the Royals get very often pic.twitter.com/281rp6avWV

William and Kate are visiting Boston to attend Fridays' awards ceremony for the Earthshot Prize, an initiative William launched in 2019 to create solutions for environmental problems.

During the Celtics game, promos for the Earthshot Prize were shown on the Jumbotron and a 15-year-old climate activist from Massachusetts was recognized as the game's "Hero Among Us."

William and Kate were spotted speaking with the young climate activist for a few minutes on the court after she was recognized, and also spoke with fans throughout the game. 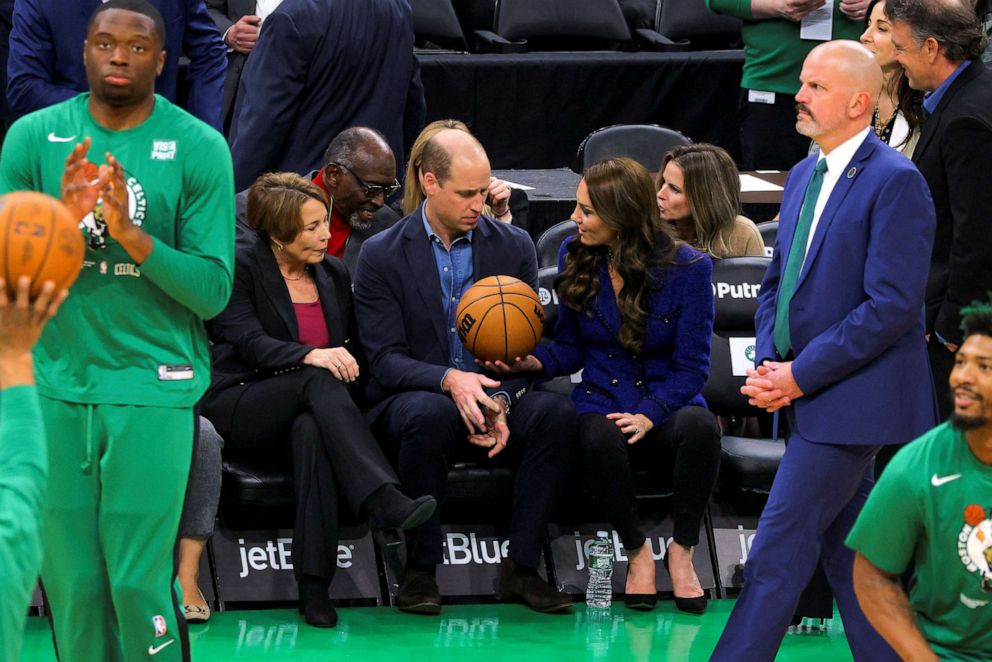 Attending an NBA game has become something of a tradition for William and Kate during their visits to the U.S.

When the couple visited New York in 2014, their most recent trip, they attended a Brooklyn Nets game, during which they met Beyoncé and Jay-Z.

MORE: Prince William, Kate head to Boston: Everything to know about the couple's 1st US trip in 8 years

While not an official royal tour, William and Kate's trip to Boston is seen as an important one, both because the Earthshot Prize is a passion project for William and because this is a transitional time for the monarchy under William's father, King Charles III, according to ABC News royal contributor Victoria Murphy.

"I think this trip will be an interesting one because the monarchy has had a lot of criticism in the past few years," said Murphy. "The picture is very different to when William and Kate visited the U.S. in 2014, so this trip could be seen as an opportunity to gauge how the U.S. public feels about the working royals and the monarchy right now and what that might mean for the royal family globally."